Have you already played Warhammer: Chaosbane? We have, and we are ready to share our impressions. Sure, it’s hard to complete the game so soon, and it might be not correct to write a review without it, but the first impressions can be enough to take a decision about the purchase.

There’ve been a lot of Warhammer games recently. And a good thing is that the quality has significantly increased. The new wave of Warhammer games is interesting because they practically place famous and successful games’ mechanics into 40K or FB universes. So, Chaosbane takes Diablo 3 as a base and adds there characters from Fantasy Battles. Is it bad? Practically, no. 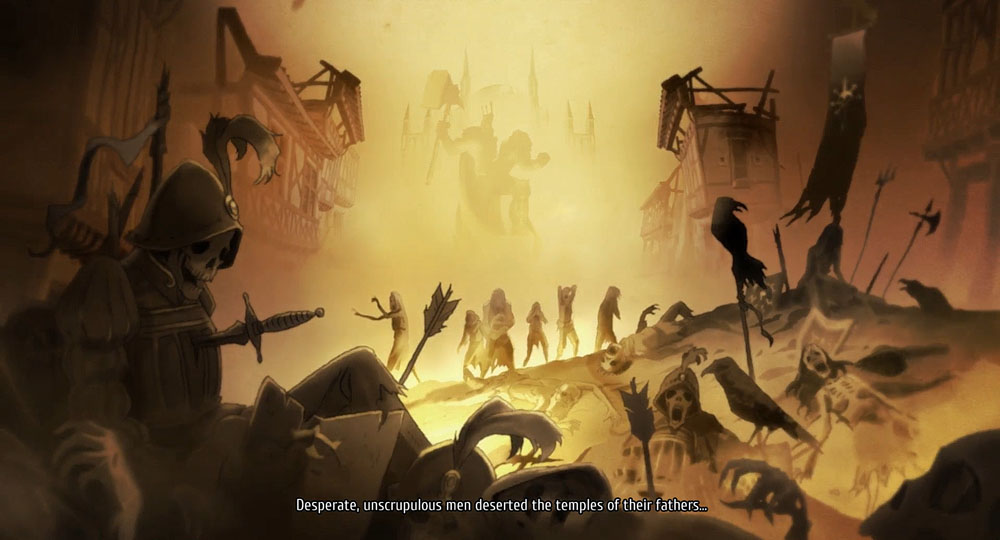 The story was made here just for check – again, Chaos invasion, that you have to stop killing everyone on the way. Sure, such genre doesn’t suppose complicated plot, but FB universe is so diverse and deep, that if they just wanted to, the developers could make a much better story. 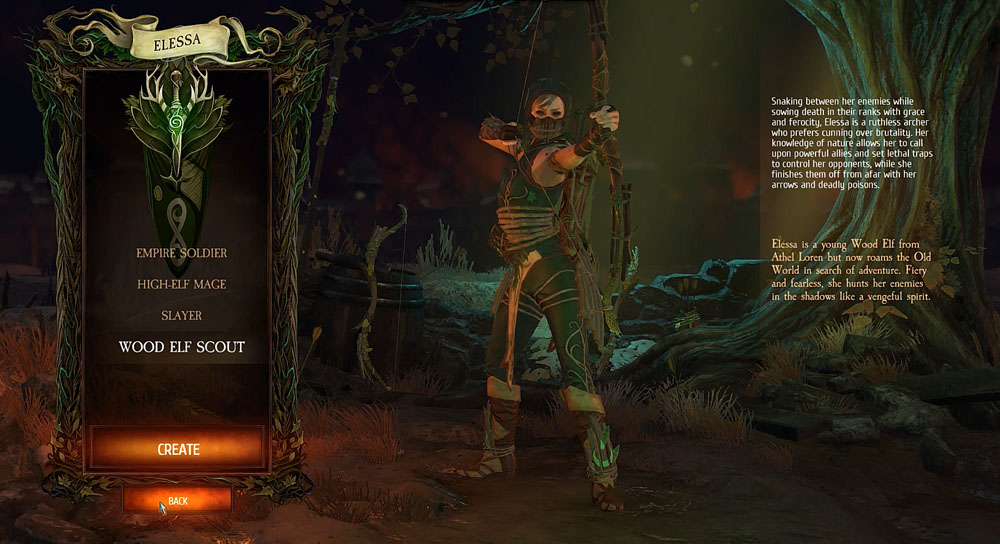 The game mechanics are familiar to everyone, who’s played Diablo at least once – we dash through isometric levels, click enemies to death and upgrade our character. The 3rd part was obviously an example – here you heal on cooldown, get perks and pick coins automatically. This makes the game really easy to learn – you don’t need to know complicated skills combinations and think about what to unlock next. Also, you don’t need to return to the city to get some potions, and even don’t need to think over the equipment choice – the stats are marked with color, and you just choose the one, that has a higher percentage. In general, you don’t even need to know the alphabet to play this game. 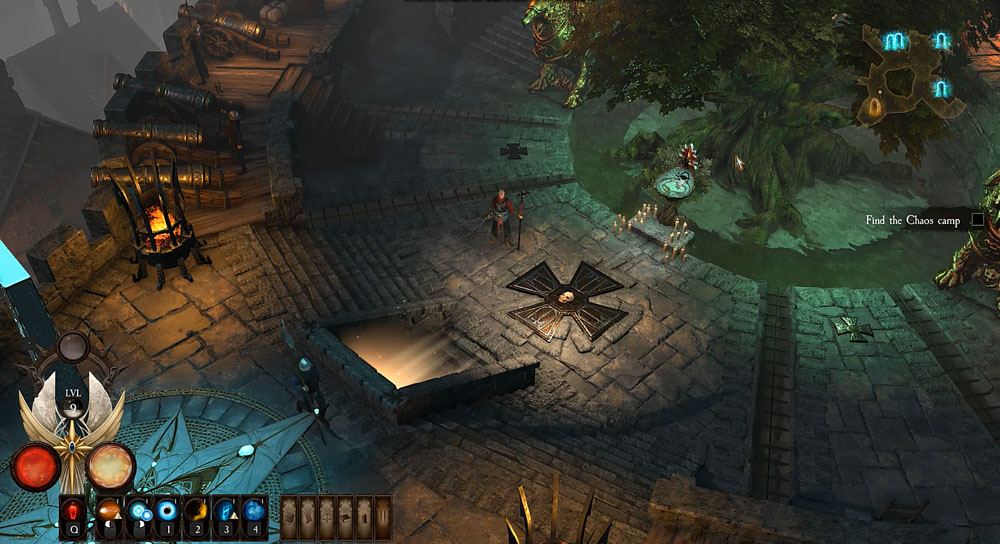 There’re 4 playable characters – Imperial knight, high elf mage, berserker dwarf, and wood elf – ranger. Just like in…. Everywhere. the most common choice ever. We’’ this is not a disadvantage by itself. But the fact, that all these classes are played in exactly the same manner – is. The point is that there’re a lot of enemies, they are quite fast, and you don’t deal too much damage. So, almost every fight leads to the situation where you stand in the middle of the enemy horde and hysterically click around. No matter, what you have in hands – a sword or magic stuff, only the special effects change. There is some difference closer to the middle of the game when bigger and slower enemies appear, but this doesn’t change much. 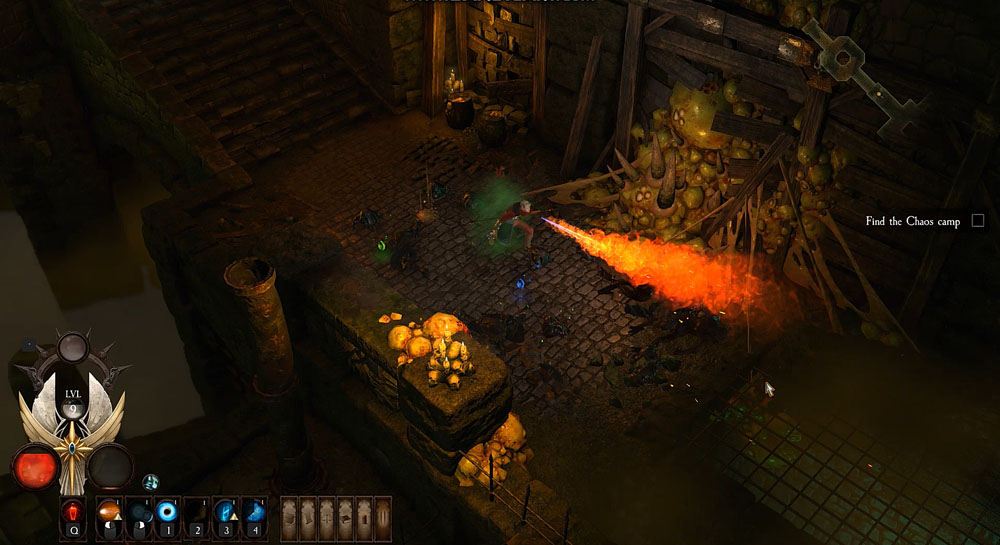 This, along with a simplified upgrade system, makes up the main problem of the game – it’s boring. Sure, all diabloids are a bit monotonous, this is genre specifics. But when you get bored after the first hour – there’s surely something wrong with the game. Remember Diablo, Torchlight, Grim Dawn? The process itself kept you playing. You wanted to level up as soon as possible to get new skills. But there’s nothing like that here. The enemies are plastic and you don’t even feel that you hit them. The experience bar, which in the other games is placed in the middle of the screen for a reason, is somewhere on the left, small and insignificant – so, sometimes you can even leave the new level unnoticed.  In this case, even multiplayer mode doesn’t help. 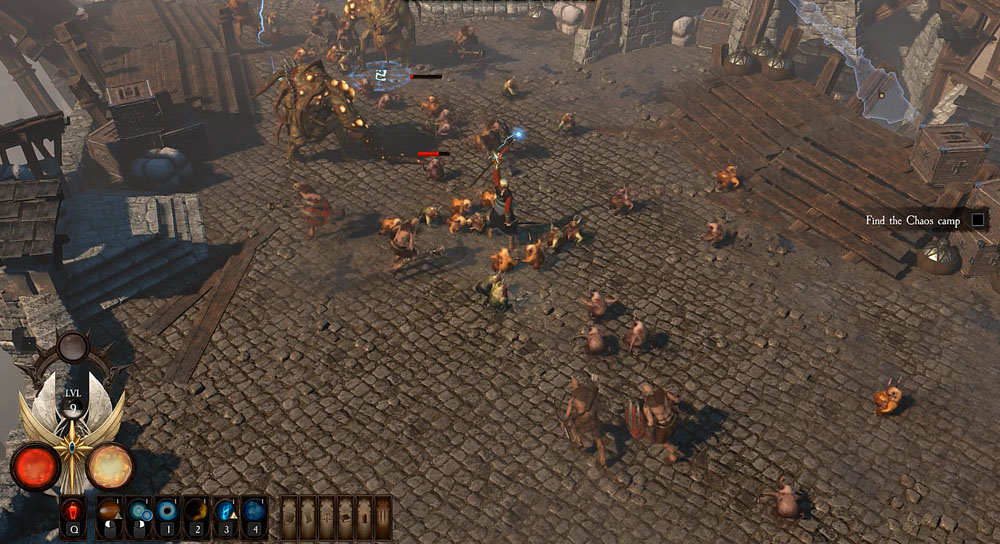 The setting could really save the game – we are ready to forgive Warhammer games many things if they nicely transmit the atmosphere. But Chaosbane fails even here. Yes, you fight the demons, beastmen and Chaos warriors, familiar from the tabletop. But, due to isometric view (you can’t move the camera), average (but sufficient for the genre) level of graphics, and dark levels, you don’t care much about what you kill. Demons and cultists are the same in many games. There're some famous NPC’s – for example, you get the tasks from Teclis himself. But primitive plot and dialogues don’t leave them anything except for the name. In general, if you name this game «The Eternal Destruction-5», nothing will change., except for the fact that the rest of FB atmosphere is gone. 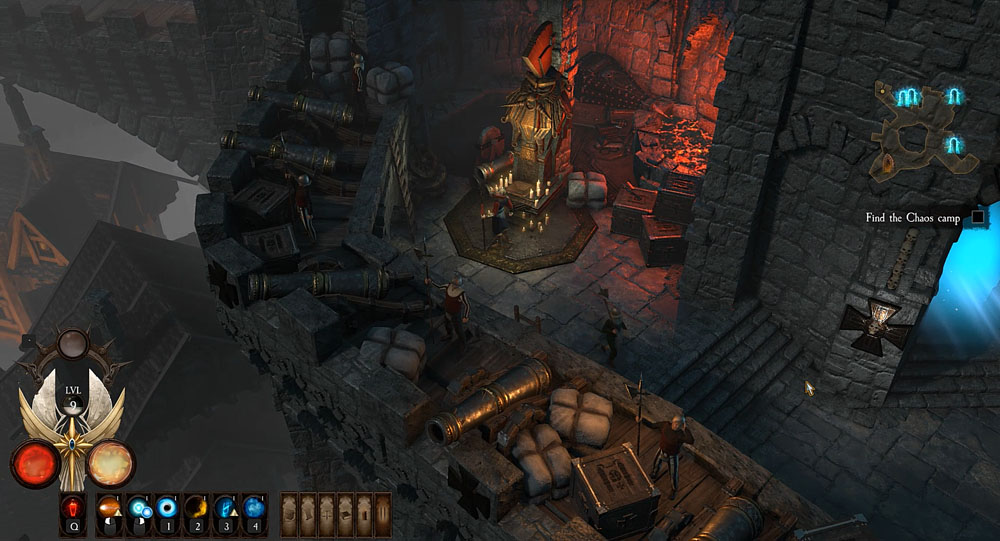 But we can’t say that the game is indisputably bad. It just lacks its own ideas and uses the ideas of other games not in the best way. In general, it’s an average diabloid, which can entertain you for some evenings. It’s nice if you like this genre and have already played all other games on it. If you want Fantasy Battles atmosphere – Vermintide and Total War still translate it better. 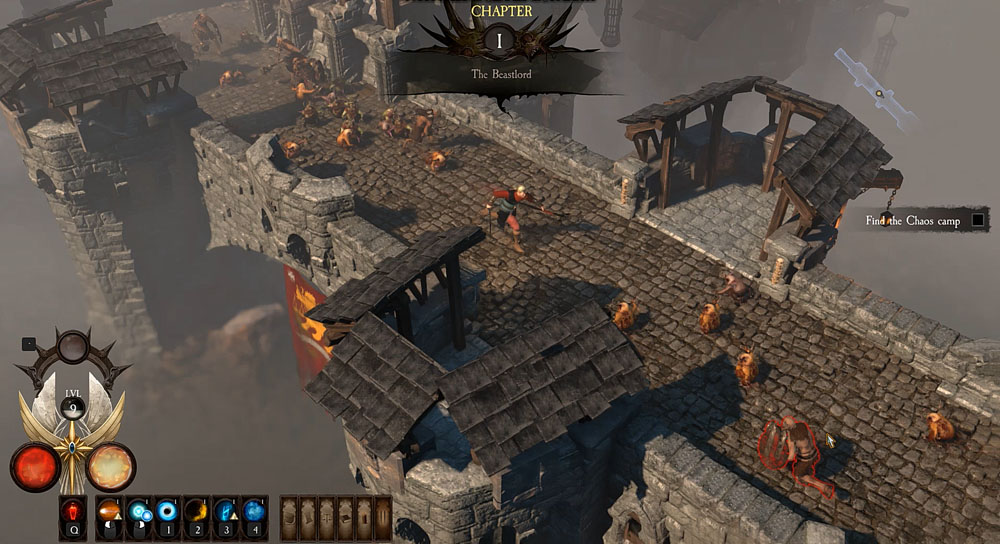