Let's talk about the new Stormcast Eternals battletome - the only army of Age of Sigmar, which rules already has the third edition. Indeed - the face of the game. 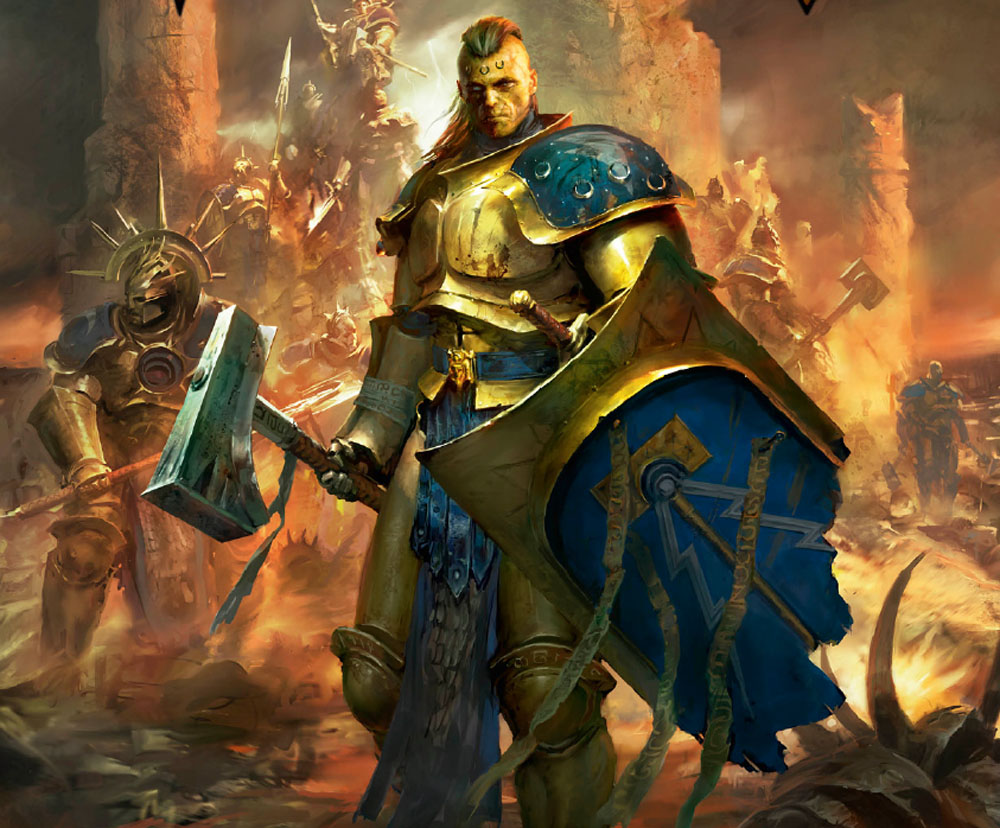 From the very beginning, the main feature of the army has changed a bit. If earlier you could teleport all the army on the battlefield, now it works only for half of the units - one for each, left on the table. But now it works automatically, not on 3 +. In addition, the enemy receives - 1 to hit, firing at your units that have teleported this turn. 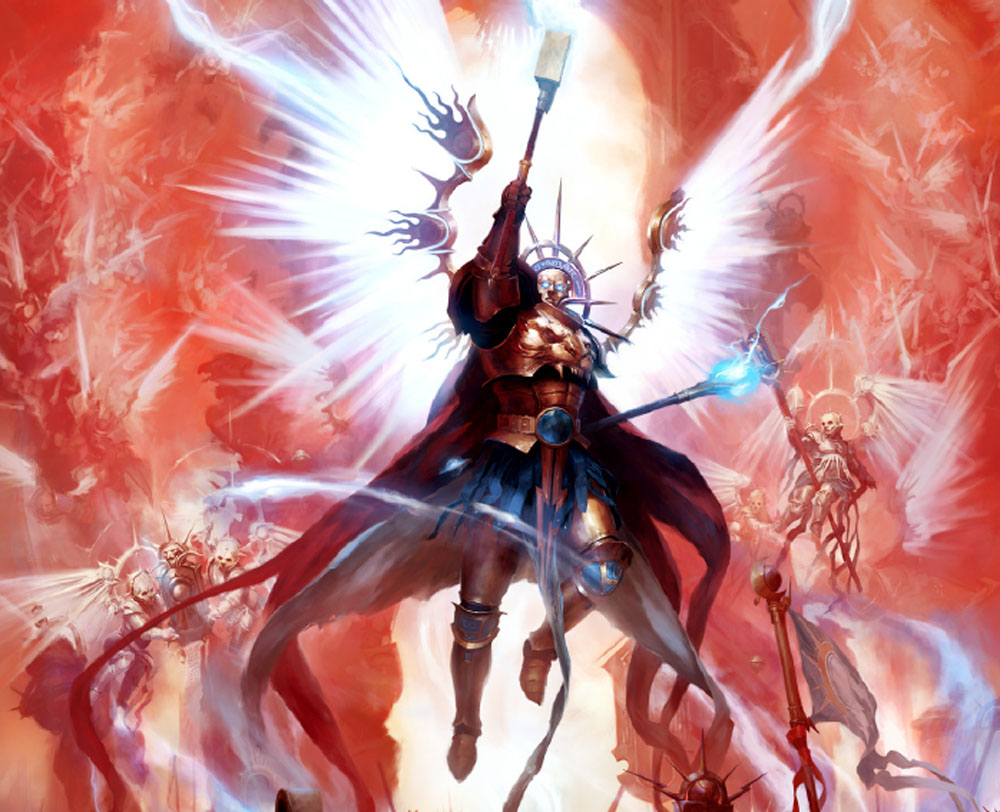 The second change is much more global. Now we got something close to 40K chapter tactics. Having chosen a certain chamber to which your army belongs, you receive a certain set of bonuses and unique abilities. The Chambers were in the previous book, but it was necessary to arrange the army in a certain way. Now it's a must and absolutely free choice. 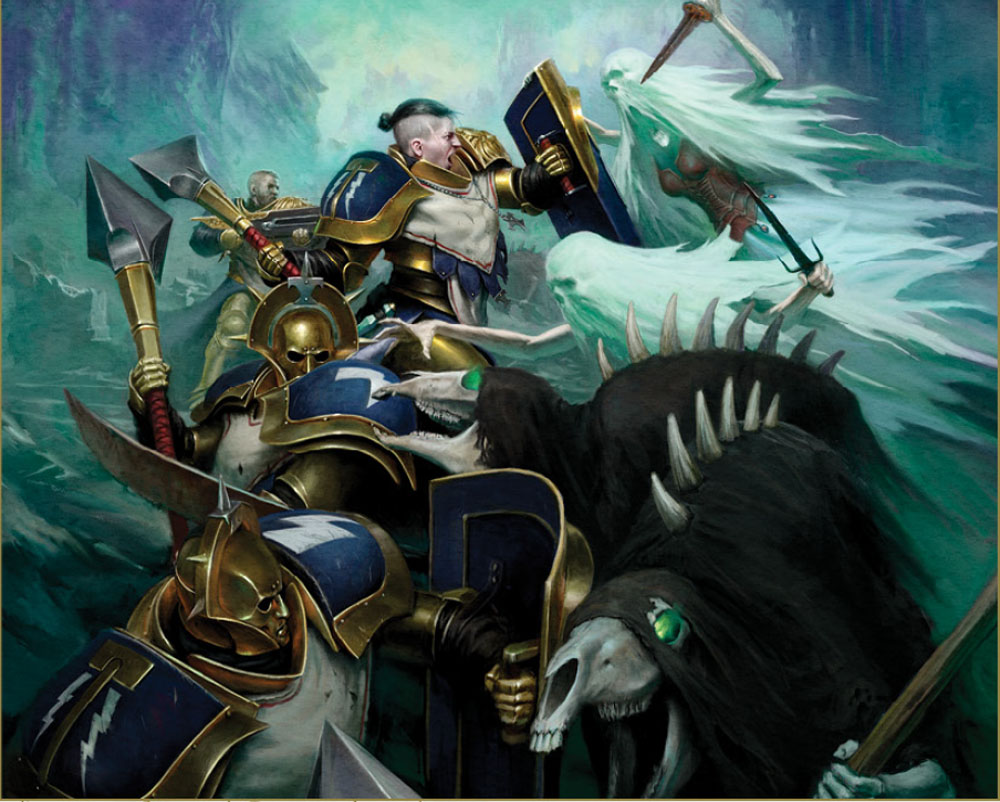 For each chamber, there is a general bonus for the entire army, warlord-trait, command ability and artifact. In total, there are eight chambers to choose from. Imagine what variety of combinations they represent. We will not list all - there is still an opinion review, not a retelling. But here are some of the most interesting ones: an additional command point on 4+ at the beginning of each turn; re-deploying D3 units before the start of the game, and the most delicious is the command ability of Sigmar's Hammers – a full recovery of the unit that has just been destroyed on 5+. If you are good with dice, then this army is definitely for you. 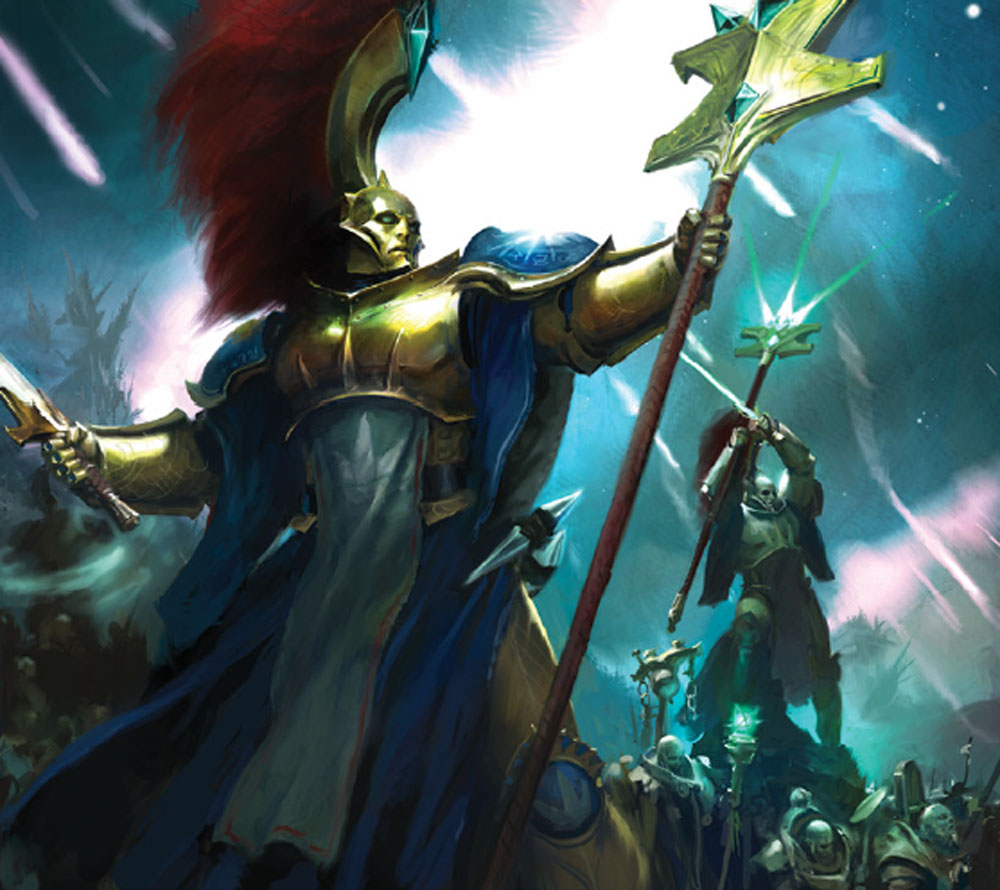 A huge number of selectable artifacts and magic wargear remained in their places. Most of the old abilities, prayers, and weapons did not change, except for those that affected the mechanics of command abilities - they were paraphrased to the realities of the new edition. However, now the choice is substantially expanded - after all there is a whole new Chamber of Stormcasts-magicians. Accordingly, we have two lores of magic, artifact staffs, scrolls, and wargear for two new types of mounts - Dracolins and Tauralons. The previous battletome already provided a huge choice, and now you risk hanging on making a roster for a couple of hours - almost all options are approximately equivalent and can be useful to everyone, depending on the situation. 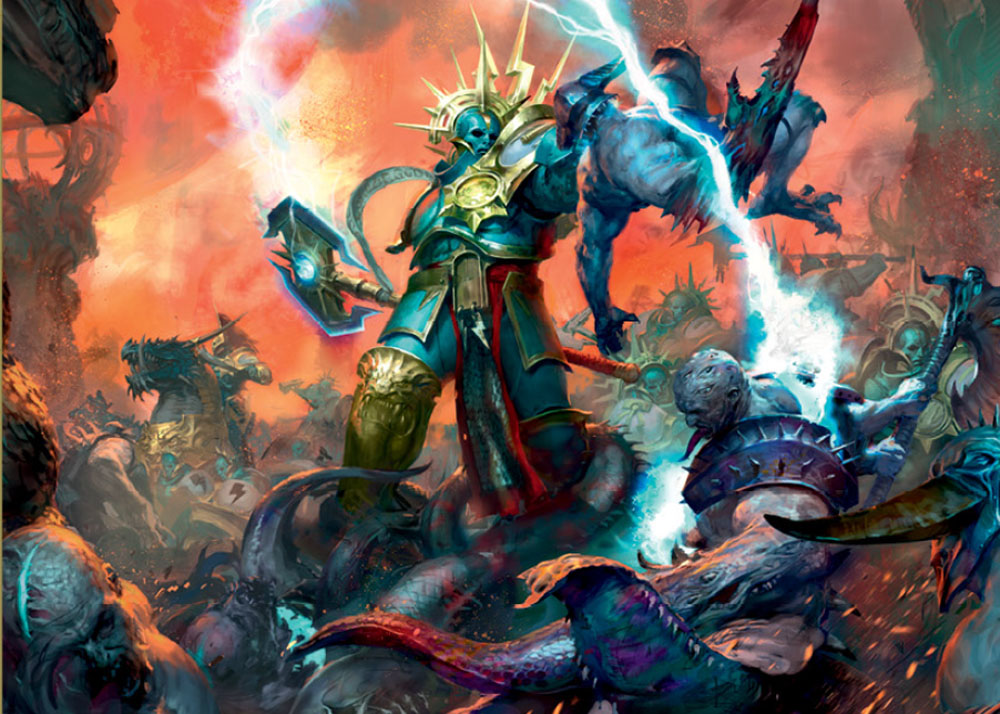 Speaking, about the new Chamber. There are 13 new units (8, except for the mounted options). The fundamental change that they make is magic. Yes, now the Sigmarites have magic. How and why - is described in detail in the background part of the book, which has significantly increased in size. However, you can’t call them super magicians, all the magic is more supportive. For example, Evocators, being good fighters, can still cast a reroll to wound on a friendly unit. And basic Sequitors can redirect magical energy to weapons, or to shields, getting either a hit reroll, or a full save reroll respectively. New units are aimed against demons and undead, so if you know that you are facing a battle with them - take it, without hesitation. Or, if you like the models. Or, if you want to try new "eternal spells". In the rest, it's a matter of taste - the new chamber does not change the gameplay for Stormcasts radically and does not shift the balance in its favor. Therefore, the owners of already assembled armies can be calm - new units are more likely to be optional. 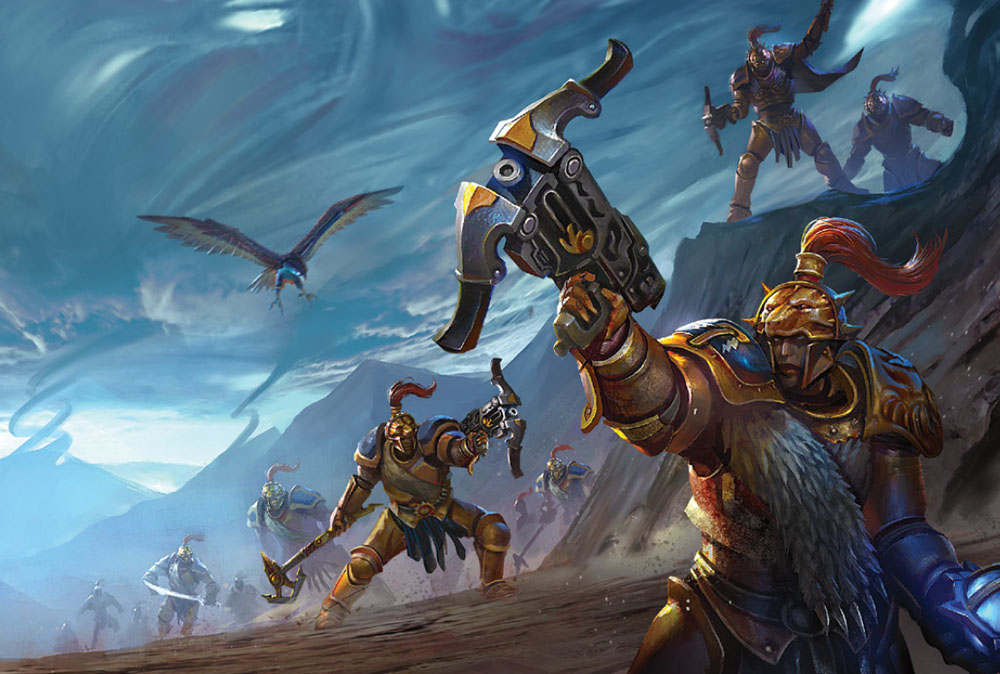 In general, the new book does not change almost anything from what it already was, but only adds new units, formations and wargear for them. All new items look more or less balanced, the game should not be broken. Although we can be sure only after the playtests. Therefore, the evaluation of the new book is uniquely positive - new background, moving timeline forward, and completely changing the perception of the Sigmarites - they are not quite those flawless warriors as they originally used to be... The only issue - in this army there are TOO MUCH everything. Units, artifacts, options. They are, of course, interesting, but not so diverse as to have them in such quantity. After some time, you won’t really want to get into it and make something new. Such expansion looks especially strange considering the fact that there are still many factions with no battletome at all. However, for Stormcast Eternal players, everything is quite well. 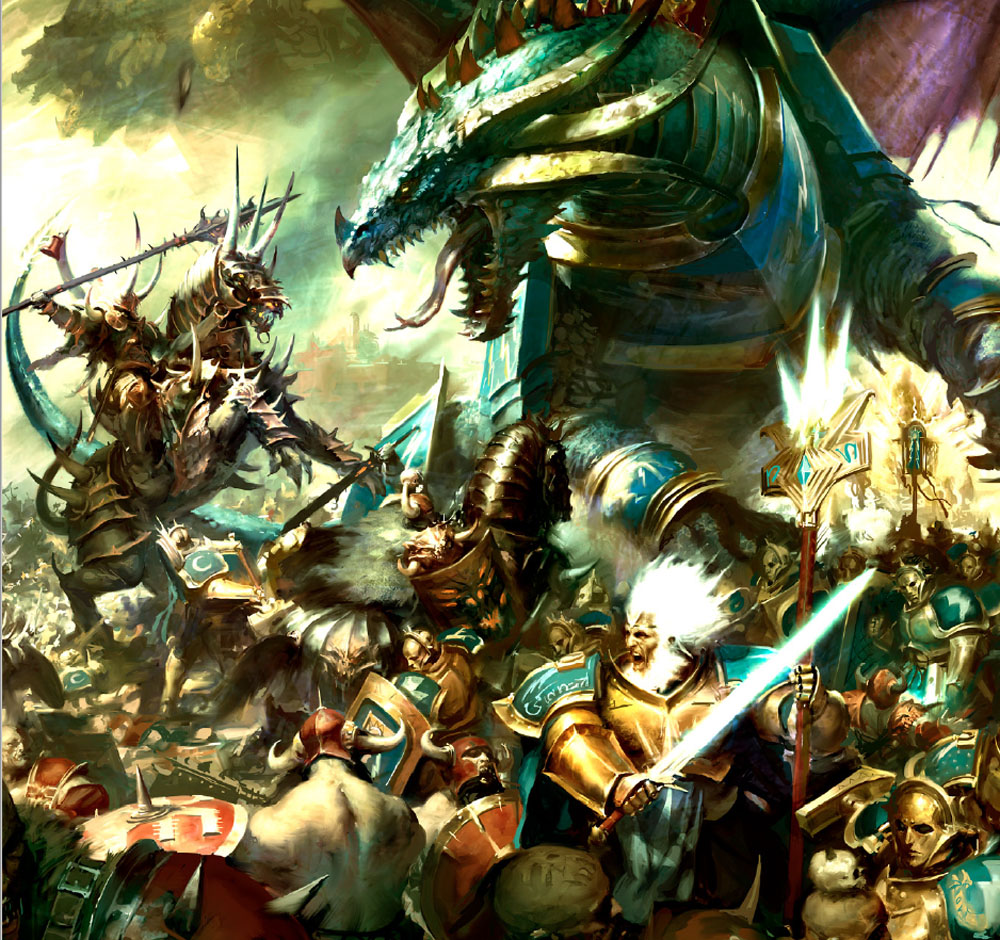