It’s time to share our impression about the new Skaven battletome. The book was a long-awaited release, since the previous battletome of this faction covered only clan Pestilence, leaving all others with no special rules. Now there are rules for all kinds of rats in one book.

At a first glance it seems that the book is a mess. 6 clans with a special set of warlord traits and artefacts for each one. Can we mix them? How? Should we do it? The point is that in contrast to all previous books, each unit has an inbuilt sub-faction keyword. And there’s no formal prohibition to mix them in one army. However, almost each battleline choice has a note that forbids to count it battleline, if there are models from other clans in the army. So, if you want Stormfiends as a troops choice, you have to play mono-Skryre. However, there’s a small hint – Masterclan characters are suitable for any army, and Stormvermins (simple rats with halberds) are counted a universal battleline. So, if you want to mix different clans in one army, you have to pay a little bit more. 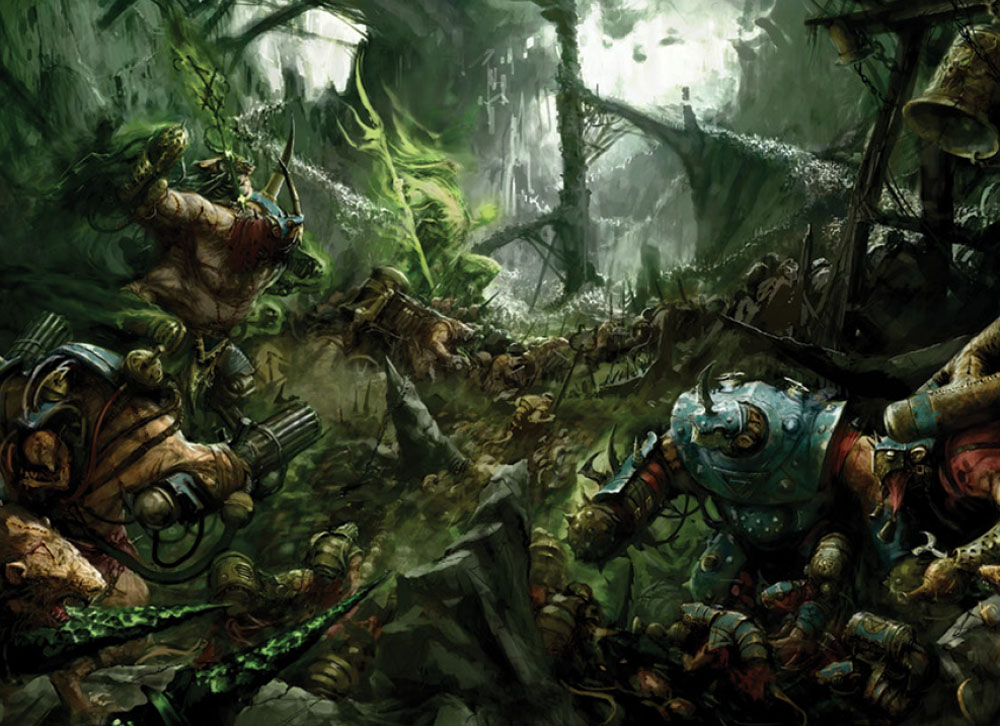 Ok, and how does this army fight? First, they get stronger when there’re lots of them. If there are more than 20 models in a squad, they hit better, if more than 30, they also wound better. Also, they get 2 leadership bonuses for every 10 models. Considering their low price, the crowd of rats is a good decision. Not an interesting one, though. Also, Skaven characters can use Look out, sir! Special rule in close combat, and can go out of it in their fighting phase. Now more about particular clans.

Masterclan – Skaven leaders. Here we only have characters, that can lead an army. Everyone is quite powerful, so it makes sense. Each time such character uses his command ability, on 5+ he regains on CP. 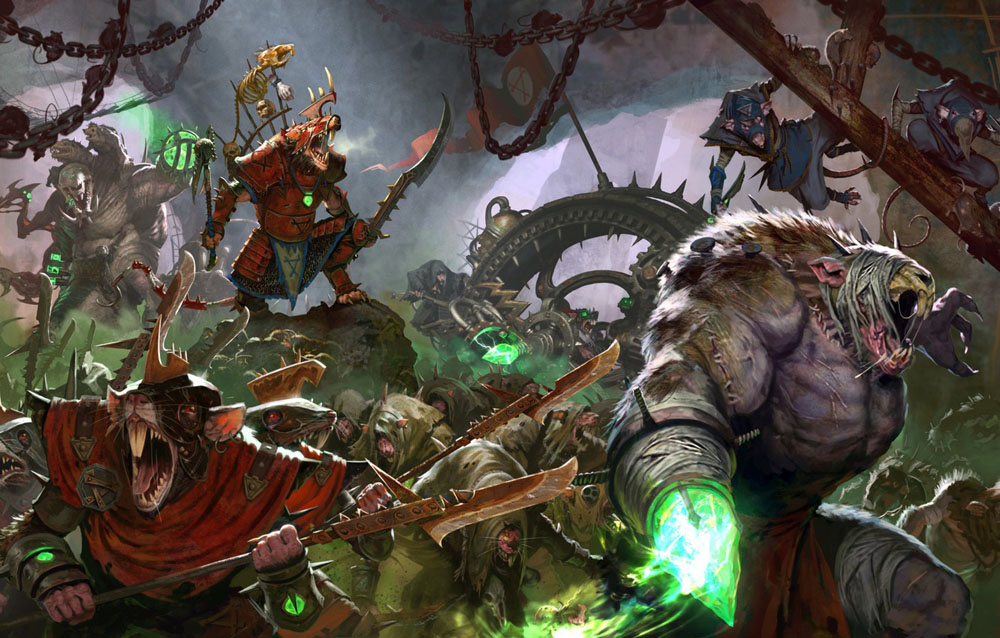 Eshin – assassins and spies. They have few models, so you are not likely to use them as mono-army. Before the battle each their character chooses on enemy counterpart, and gets a re-roll to wound fighting him. Honestly, not very useful.

Moulder – masters of mutations and flesh experiments. They have those awesome Abominations and all other unusual creatures. Their masters can improve beasts before the battle by giving them D3 extra wounds and re-roll of 1s to hit. You’ll surely want to get an abomination in your army, but it doesn’t seem much useful, since this way you’ll also have to pay for Stormvermins. 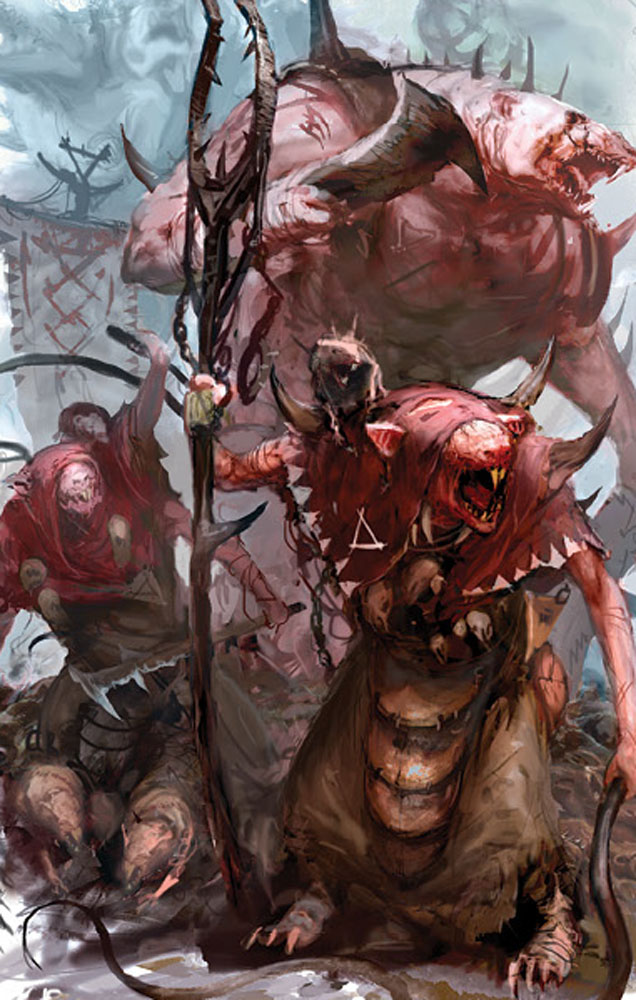 Verminus – warrior clan. They have all basic troops, which you will use if you are going to mix clans. Each their character can choose his own warlord trait, and that’s all. So, one more clan, that doesn’t seem suitable for a solo game. 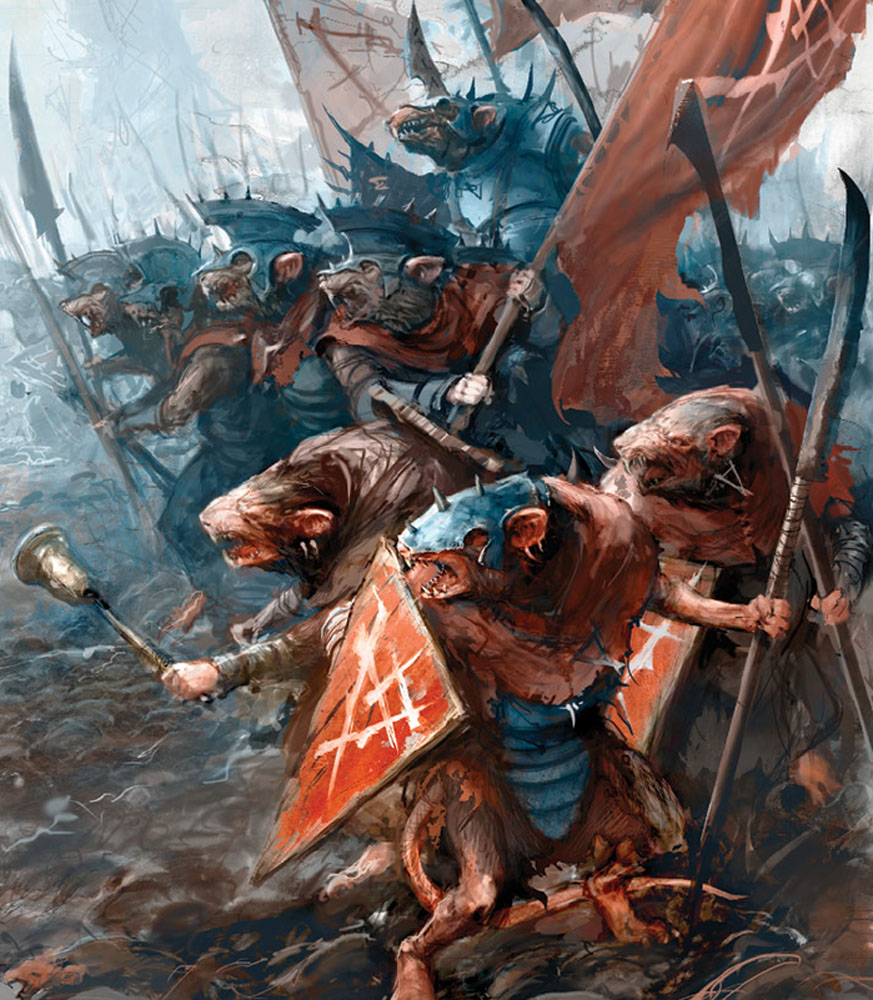 So, we’ve come to the two clans that can be used as separate mono-armies. So, all this complicated system was created only to let you use your old FB miniatures somehow. Practically, we still have only Clans Pestilence and Skryre, strengthened with Masterclan characters.

Skryre – mechanics, wizards, and inventors. They have all the mechanisms and machines, you can see in this book. And, surely, your favorite Stormfiends, capable of destroying the whole army with a volley of fire. Practically, that’s all you need. There’re also different weapons carried by rat couples – cheaper, but more vulnerable. There’s a special rule that gives you D3+3 warpstone sparks at the beginning of the game. They either give rerolls to your wizards, characters or add 1 to the shooting weapons. And the last one is the most useful ability of all the book. This way your army becomes kind of Tau, and can wipe out the enemy in a couple of turns. 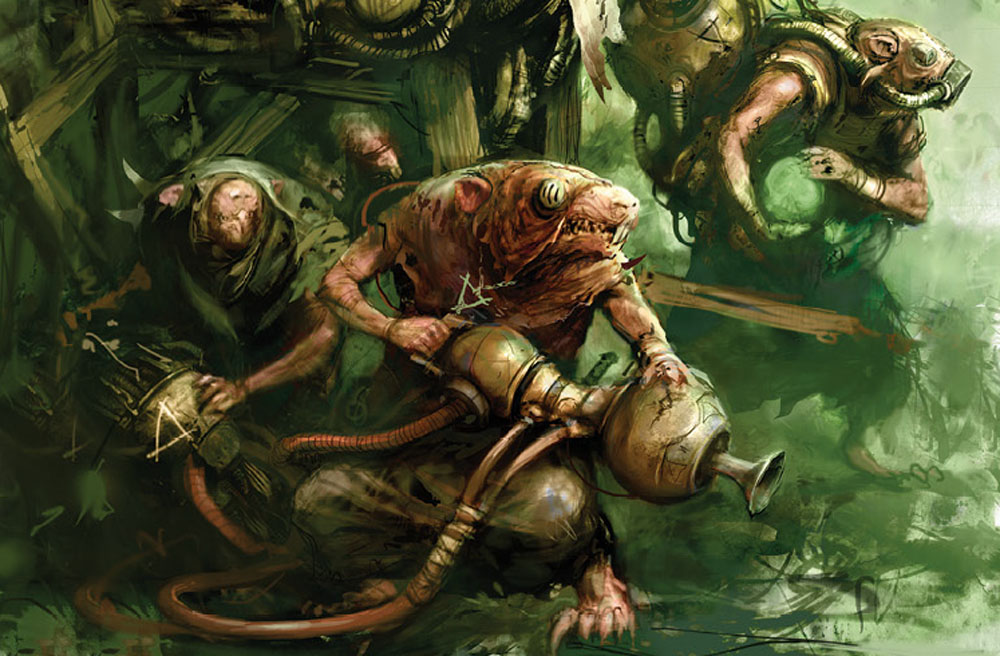 Pestilence – the clan of plague rats, close to their medieval image. Priests scream their prayers, and hordes of plague vermins flood the cities. In addition to the existing prayers, you also have a chance to cause one of 5 plagues. Mostly, they deal mortal wounds, but some of them ae more interesting and can capture enemy characters. If you like playing an army with many miniatures, this clan is for you. 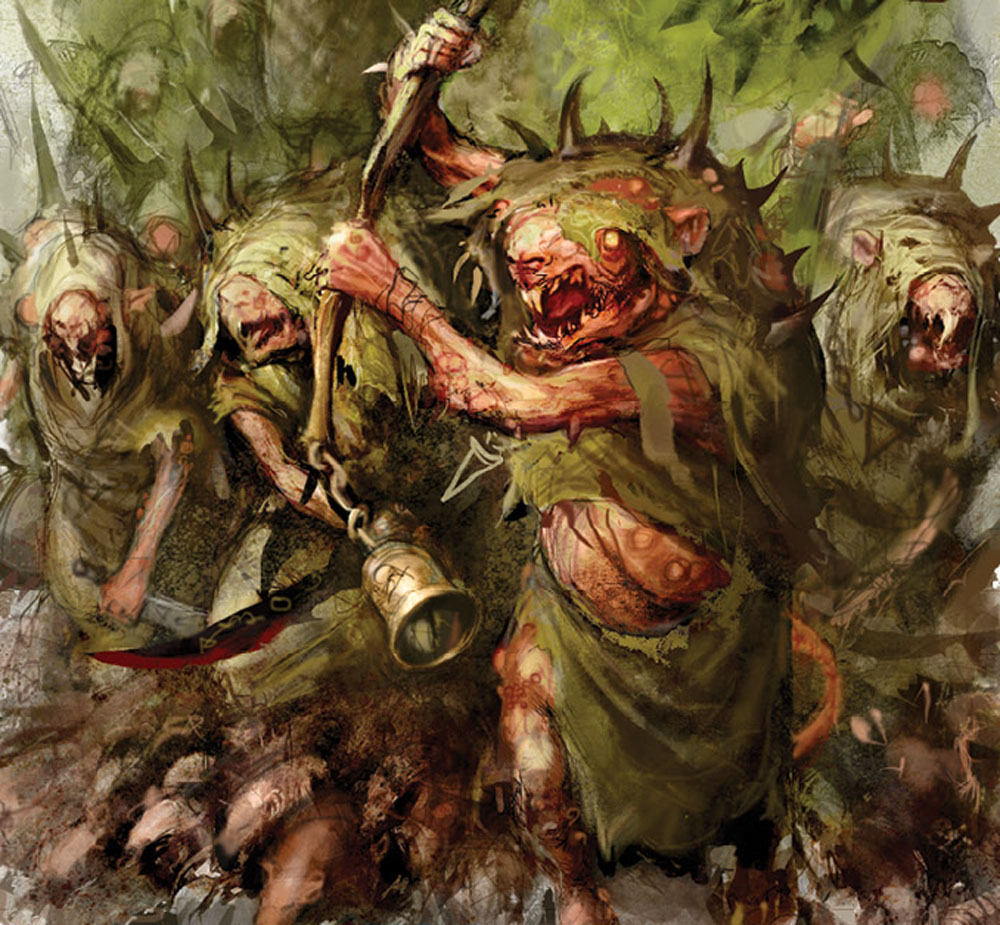 So, in the end, this complicated book seems quite simple if you use on the separate clan. And in fact, it’s designed so that you could use only 2 of them. Maybe, after the model range changes, they will be the only clans left.