Everything you need to know about Redemptor Dreadnaught

Everything you need to know about Redemptor Dreadnaught

While everyone is waiting for Ork rules, it’s time to work with other armies. Space marines, for example. Finally got Redemptor dreadnaught and today will tell you about how to better assemble it and use on the table. 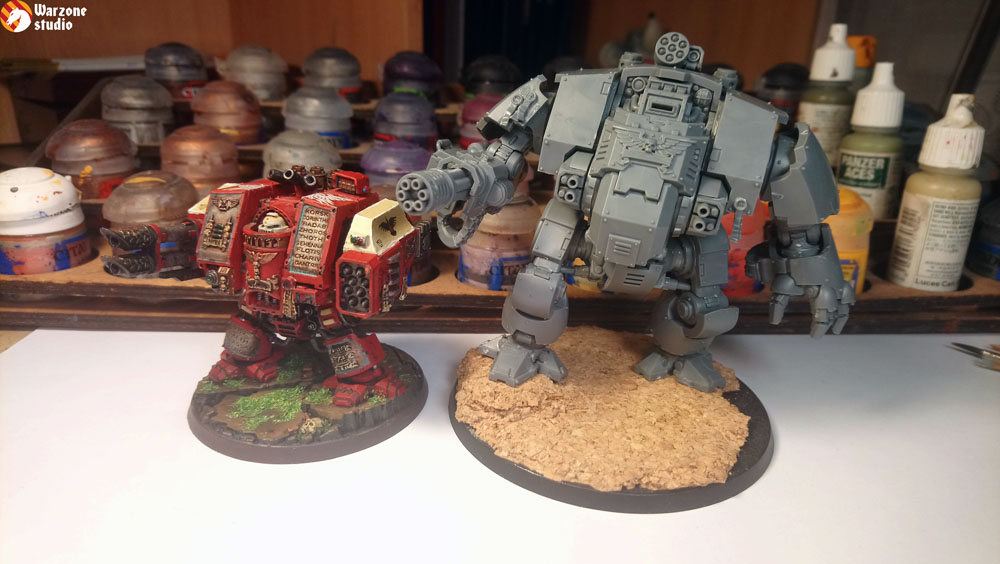 The model is really great. Still, many collectors don’t like Primaris miniatures. But the fact that they are more complicated, detailed and dynamic than usual marines is undoubtful. The assembly process is almost as interesting, as Imperial Knight has. There are a lot of small details in the set – may be a bit too much. 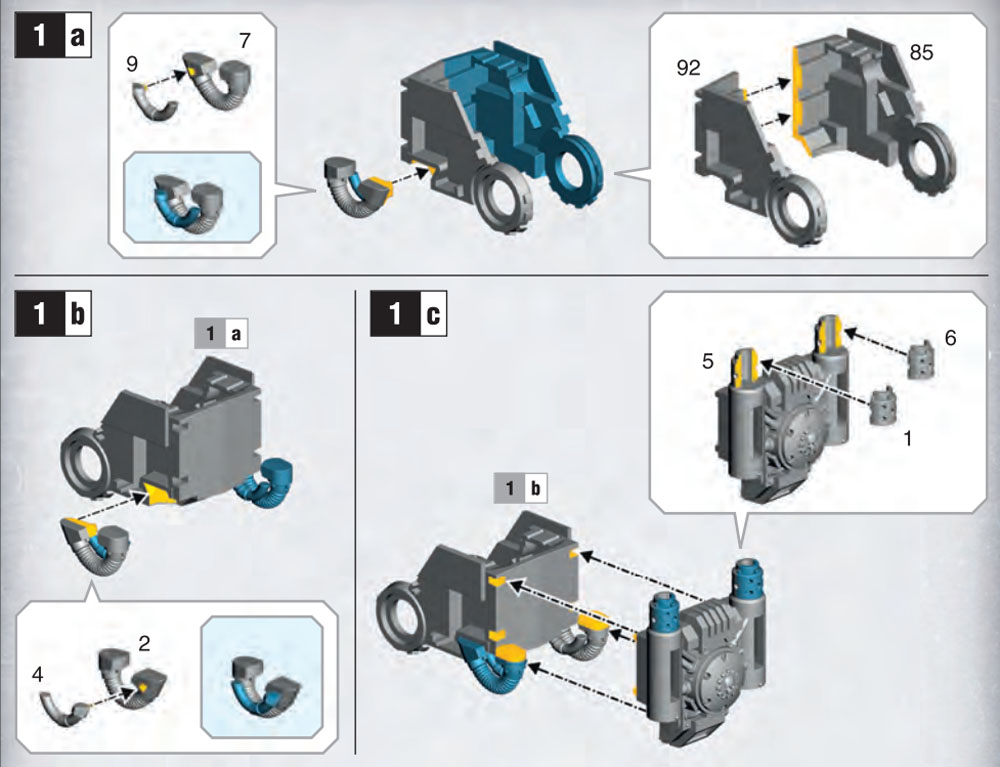 Many criticize this model for chicken legs, but in fact, this is how dreadnaughts were initially imaged 0 20 years ago no one had such a complicated manufacturing process and couldn’t make it. The dreadnaughts we all know and like also look like a box on the chicken legs. Redemptor Is designed the way you can pose it almost anyway. Each arm moves in 2 dimensions and bends in the elbow. And the hands really move if you glue it right. Legs bend in feet, knees and thigs. You can adjust the fingers on one foot and on the arm. And this all is supposed to work this way – you don’t have to do anything special. 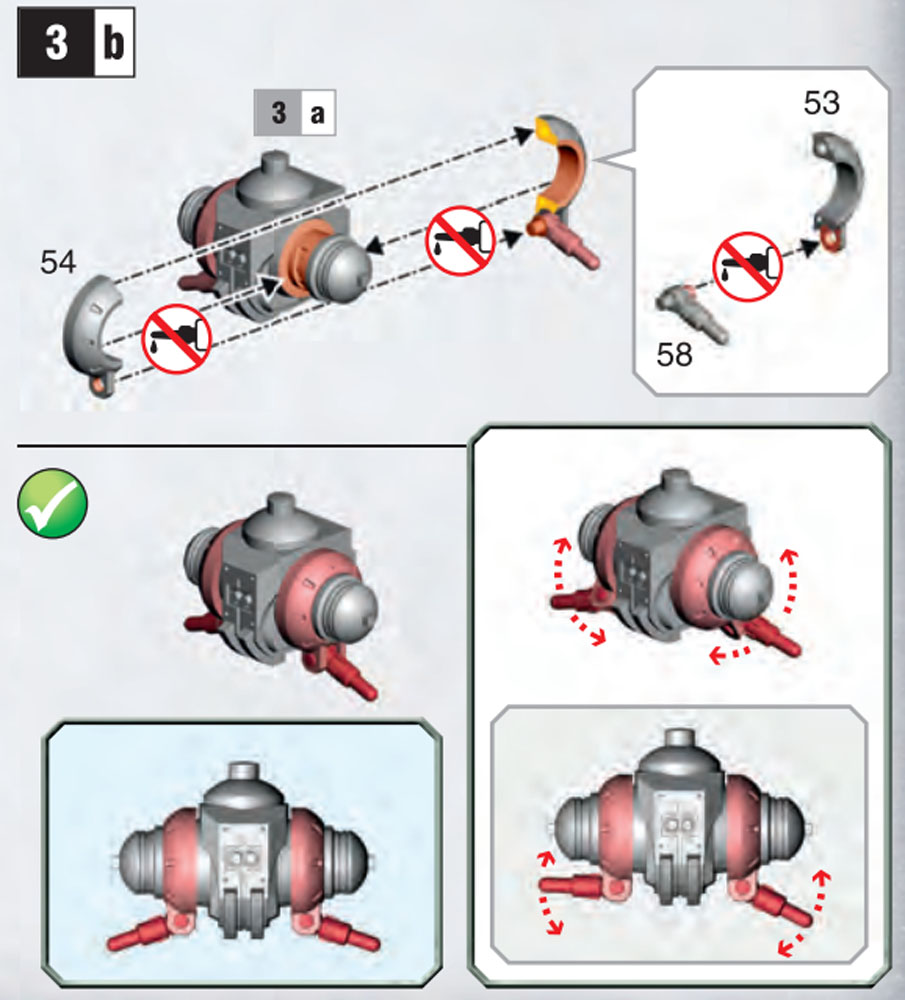 In fact, legs cause some trouble. You have to mark the place of each detail if you want to make a pose, different from a standard one. It’s better to assemble the base, legs (2 parts separately), and paws, and only then try to connect them the way you want, without glue. The connections from base to legs should be assembled only after you glued the whole construction – they will work with almost any pose but will prevent you from placing the legs into it. You can remove the pins inside the knees so that you could bend them as you like. It won’t be visible anyway. Sure, legs are not supposed to move after you assemble them – nobody likes volatile miniatures. 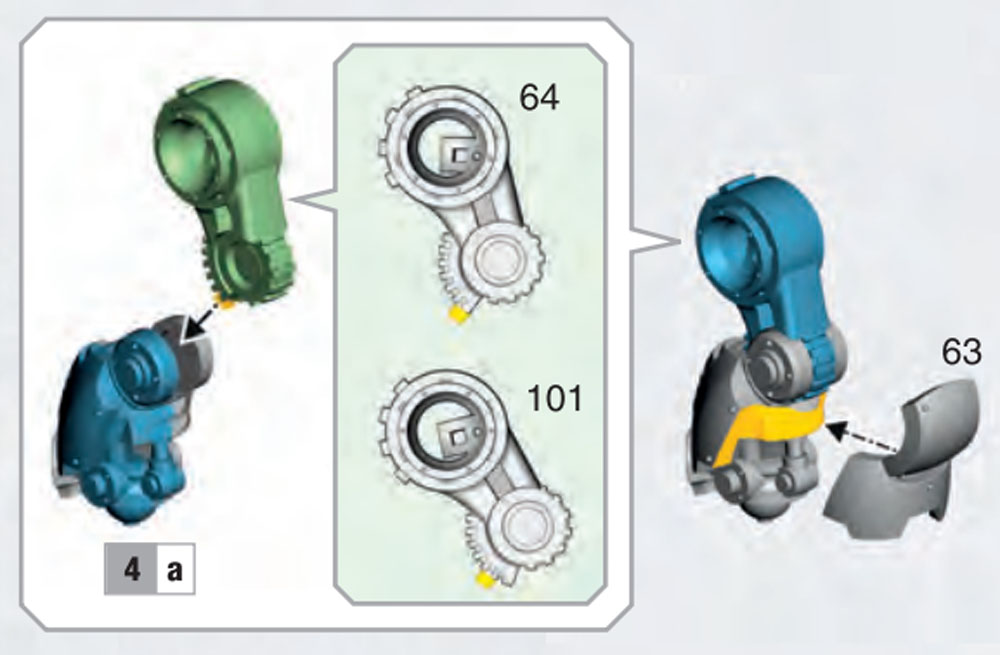 It’s easier with the arms – they can easily be made movable and even can be taken off for better painting. Or, sure, you can glue them in the pose you like. It’s important to use plastic glue here – it leaves you enough time to correct the position. The main weapon is truly a gift – there are two connection parts, so you can easily make both guns and change them even without magnetizing – the construction is quite solid. 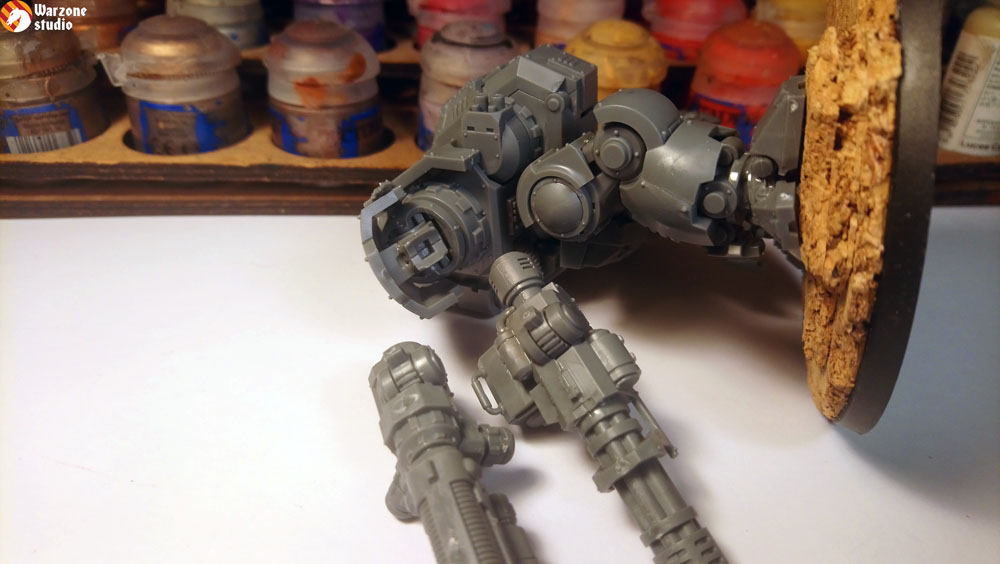 It’s also a good idea to magnetize chest weapons. It’s easy – there is pretty flat surface and you won’t find problems drilling the holes. Bolters are more effective at a short distance, while rockets can deliver the same damage at a long range. However, the difference in range is not so big, so it’s better to rely on bolters rather than on random D6. Support weapon in the left hand is a bit more different to magnetize, but, in fact, the Gatling is much more effective than the flamer. So, there’s no use in changing it.

The front armor can open – it’s definitely a good idea since it’s easier to paint it this way. By the way, there are 2 armor plates in the set – choose whichever you like. FAQ made Icarus rocket pod optional, so if you don’t want to pay extra 6 points, just turn it back and down so that you could say it’s switched off. 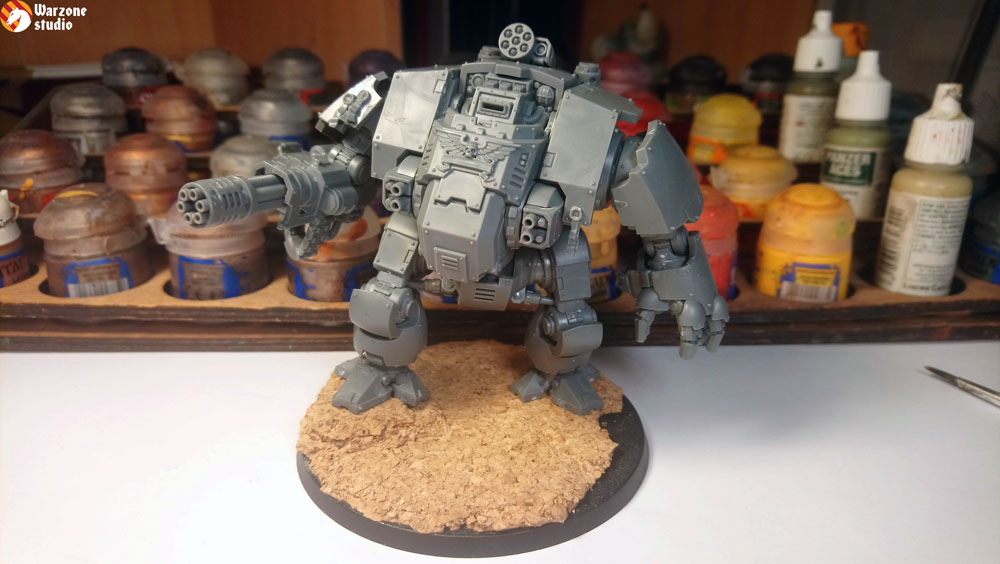 Now, let’s answer the main question – how to use this guy in battle. It’s great that easy change of the main weapon gives you options. But, in fact, the Gatling looks much more effective. First, it has guaranteed 12 shots instead of D6. Second, all other weapons are supposed to kill light infantry, so it’s a good idea to maximize the impact. And third, there are enough plasma guns and heavy weapons in any space marines roster even without this guy.  By the way, with all the wargear we recommended, it costs 196 pts. More expensive than any other dreadnaught.

And here are the problems of this unit, typical for all machines like this in the 8th edition. In contrast to the usual dreadnaughts, this one has a degradation table. And it downgrades in the most useful parameters – Move, BS and WS. Since it has both close combat and range potential, it’s logical to move forward slowly – so, you’ll also have a penalty for carrying a heavy weapon. And you can’t just stay in one place since all the weapons are middle-ranged.  The price for this is 13 wounds which are definitely not enough to survive long – the enemy will definitely focus this dangerous guy who even doesn’t have an invuln. So, our dreadnaught is likely to deploy straight on the shelf until the edition change.

However, if you still want to take this Dreadnaught, there are some ways for you.  First, sure, Raven Guard with their -1 to hit. But Iron Hands a bit more interesting - they have a stratagem, which lets you ignore the shooting penalty after you move - a great thing indeed. Also, they have 6+ FNP, which will make you a bit more durable. And it surely would be nice to add some re-rolls here - WIsdom of the Ancients stratagem or some characters, mey be Techmarine... So, if you truly want to field this guy...