What to do with new Primaris battleforces

What to do with new Primaris battleforces

We keep creating ways to use Christmas battleforces by Games Workshop. Today we have two boxes - Primaris Interdiction Force and Imperial Firsts Supremacy Force. They both contain only Primaris marines, so it’s quite logical to combine them in one army.

By the way, these boxes contain the whole model range of Primaris, excluding some characters. So, it’s a nice possibility to get them all at once. And if you are a fan of classic marines, there’s bad news for you – they are not likely to get a battleforce anymore…

In general, we got one set of each Primaris unit. There are only Intercessors and Captains who are doubled. But, if we are going to make a roster only with Primaris, it will really help us. All these guys make a batallion detachment a bit more than 1600 pts. So, we have just some miniatures to get for 2000. And yes, this will be a Primaris only roster, so no smell of sport effectiveness here. 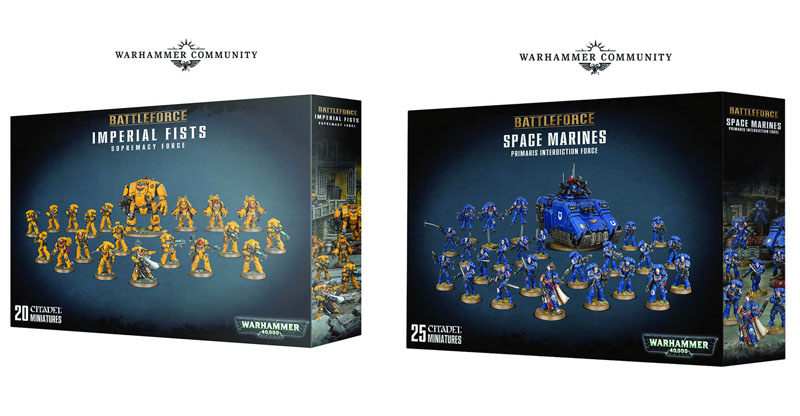 The first thing we do is taking 5 (4, to be precise) more Hellblasters. It’s still the most effective Primaris unit which is perfect against a wide range of units.  You can easily get 5 Hellblasters from the guys who sell starter sets partly. Practically, assault and heavy versions of their rifles are not very effective, so starter wargear is what we need. Add there one of the Captains and put all the team into the Repulsor. You need to get closer for effective shooting.

As for the Repulsor – it’s quite a controversial vehicle. On the one hand, it’s a nice shooting platform, but on the other, it’s a priority target for any opponent, while it’s not very durable. In fact, this roster lacks heavy anti-tank weapons. So, it’s better to equip it with las-cannons. But there’s a big problem staying untouched long enough to use them effectively.  The other weapons strongly depend on your luck with the dice. If you are lucky enough – take rocket pods, if not – bolters.

While it approaches an enemy, you should distract him somehow. And it would be easy, if the reserves came on the first turn, as they used to before the latest FAQ. Now Reivers and Inceptors can’t create alpha-strike, and your Repulsor is almost alone at the first turn and has to do his best to stay alive. It may be useful to leave it a bit behind in order to save from the middle-range weapons. On the second turn, when reinforcements arrive, you will rush to the middle of the field, trying to take the most profitable positions. 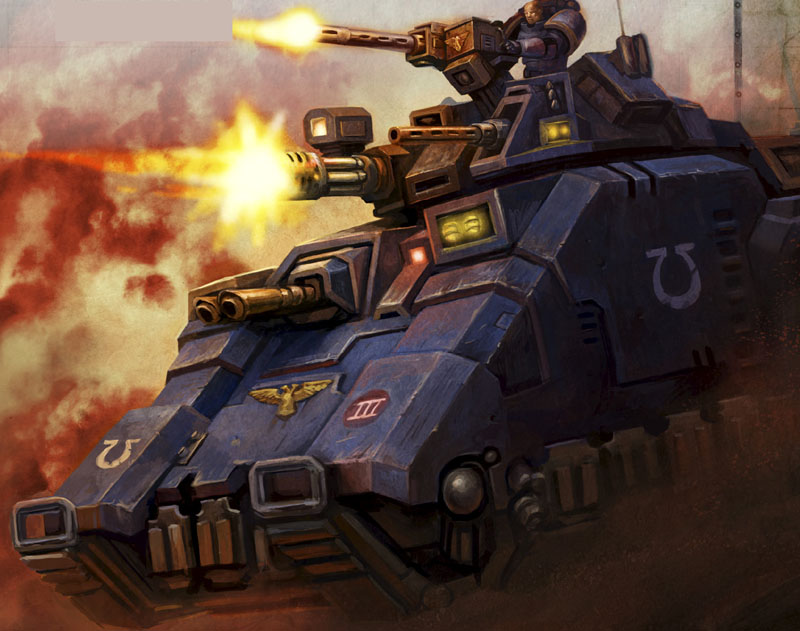 There’s some use in giving plasmas to Inceptors only if you exepct many tough enemy units. Inceptors look more like a death-team, and it’s too wastefull, to give them expensive plasmas. Their main goal is to destroy screen and take enemy fire. So, they are not likely to love more than 1 turn. The same with Reivers, but they are more useful in capturing far objectives. They can’t deal with a serious threat but have a chance to destroy a small scoring unit. So, it’s better to make 2 squads of 5, so that the enemy had more targets. 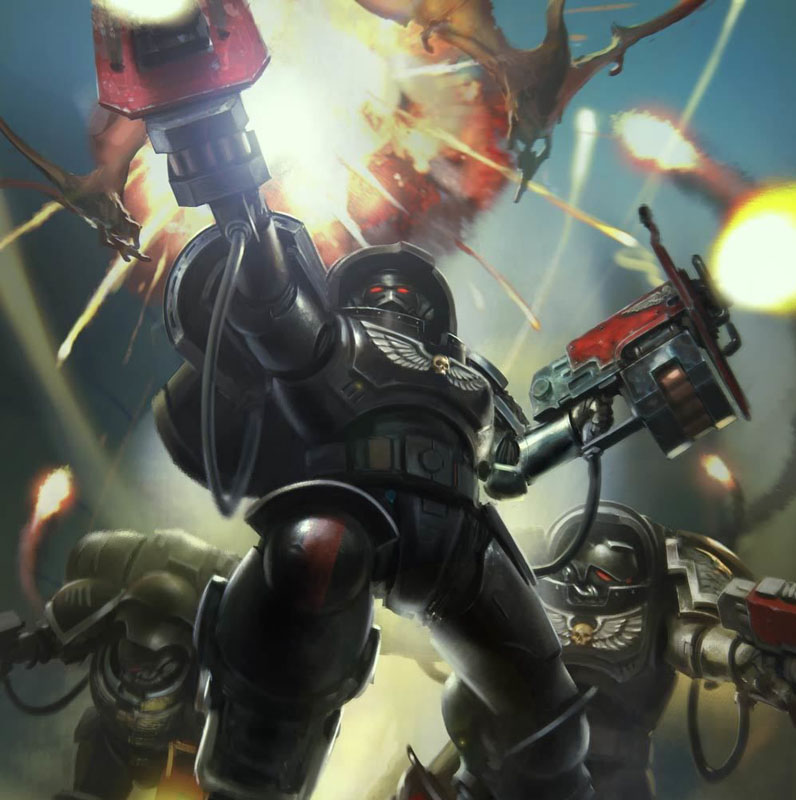 We also have awesome Agressors. There’re few units which can deal such amount of bolter fire. But, if you are using beta-rules, they are also unlucky, since Raven Guard chapter tactic doesn’t let them come wherever you want now. So, if you have the first turn, hide those guys behind the Repulsor, and go to the position at least covered. Also, they will be happy to join the second Captain, a Lieutenant and Primaris Ancient (the last two are also easy to get from the starter) A classical death star with re-roll of everything and a chance to shoot after death. It’s also a great idea to add an Apothecary there. In fact, no matter Str 4, such amount of shooting can deal serious damage to any enemy unit. 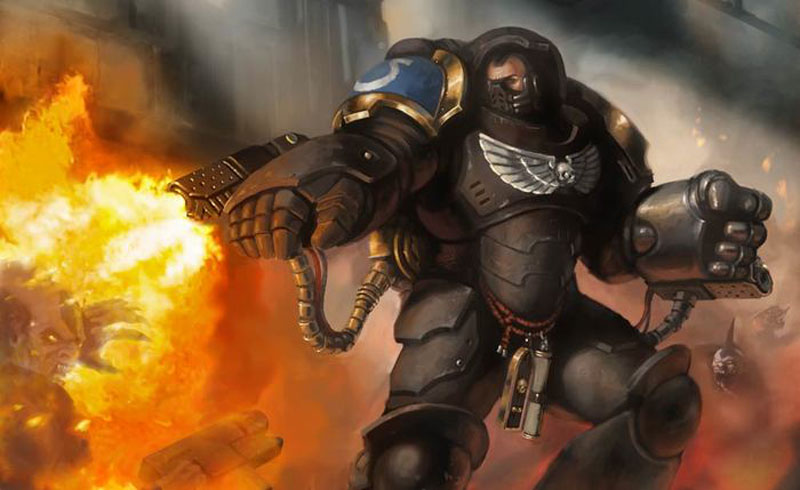 Redemptor dreadnaught is quite an independent unit and we recently wrote how to use it best. The main its purpose here is to destroy enemy infantry and draw some attention from the Repulsor. 3 units of 5 Intercessors are supposed to hold objectives. 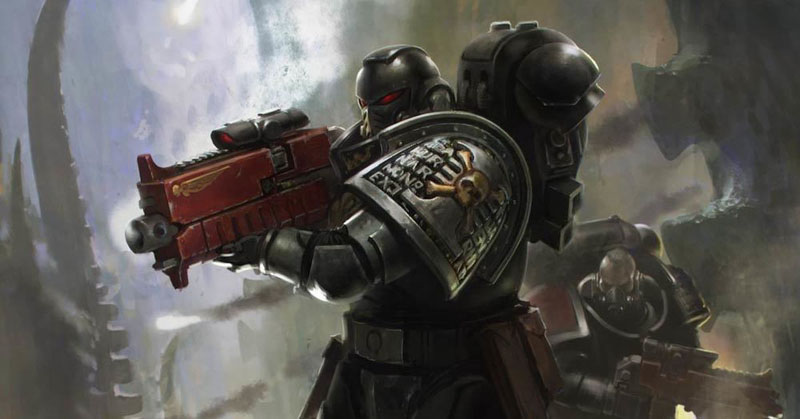 As you see, this roster is quite situative and can’s live long in the real game. However, if you are playing at 48 x 48 battleboard it has much more chances to deal serious damage.  Honestly, even if you use a standard table, it can be good against T2 armies – its hard to play Space Marines against Tau or AM in any case. Also, you can take all these models using Death Watch codex – there they will play really differently. But this is another story…