Everyone is interested in the new Nighthaunt army, which attracted attention with new miniatures. We’ve checked the battletome, so let's talk about it.

The army has its own face. We are presented with a whole set of features that concern absolutely everyone:

Vitality. Absolutely all units have 6+ FNP in 12 inches from any hero (Increases to 5+ by an artifact). In addition, everyone has the rule Etherial - immunity to save-roll modifiers (4+ to all, except for Chainrasp Horde - the cheapest infantry unit). In addition, do not forget that since are undead, you have many abilities and spells that allow you to revive dead models. 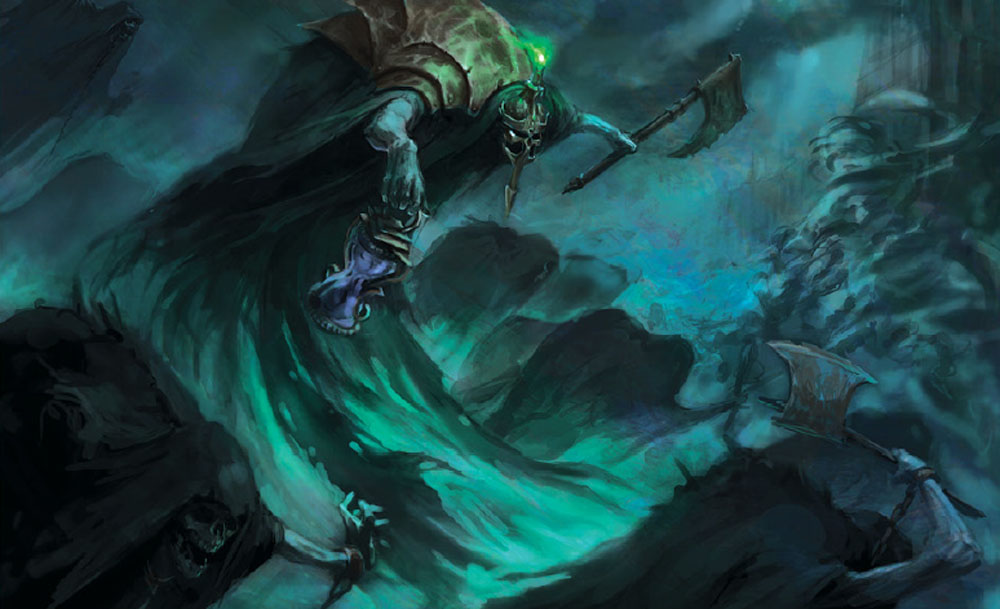 Mobility. From the very beginning, you have the opportunity to send half of the army into Deepstrike. Some units can also teleport on the battlefield. Also, there is a common command ability that allows you to teleport any unit to the hero. There are no models moving less than 6 inches and a large part flies 8 or 12 inches. There is even an artifact that increases the movement by 3 in 12 inches from the bearer. 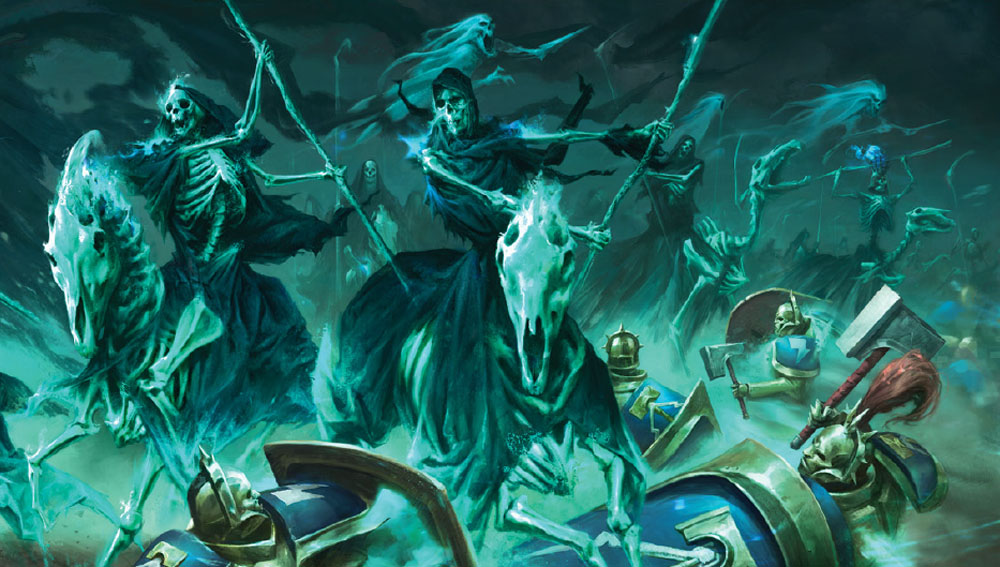 Weakening the enemy. In 6 inches from the Nighthaunt models, all opponents get -1 bravery. In addition, there are a lot of spells and abilities that deal mortal wounds after the bravery test or force the enemy to re-roll 1s at this roll. You can even prevent the enemy from falling back from combat and forbid him to attack. And, sure, mortal wounds everywhere and for all. 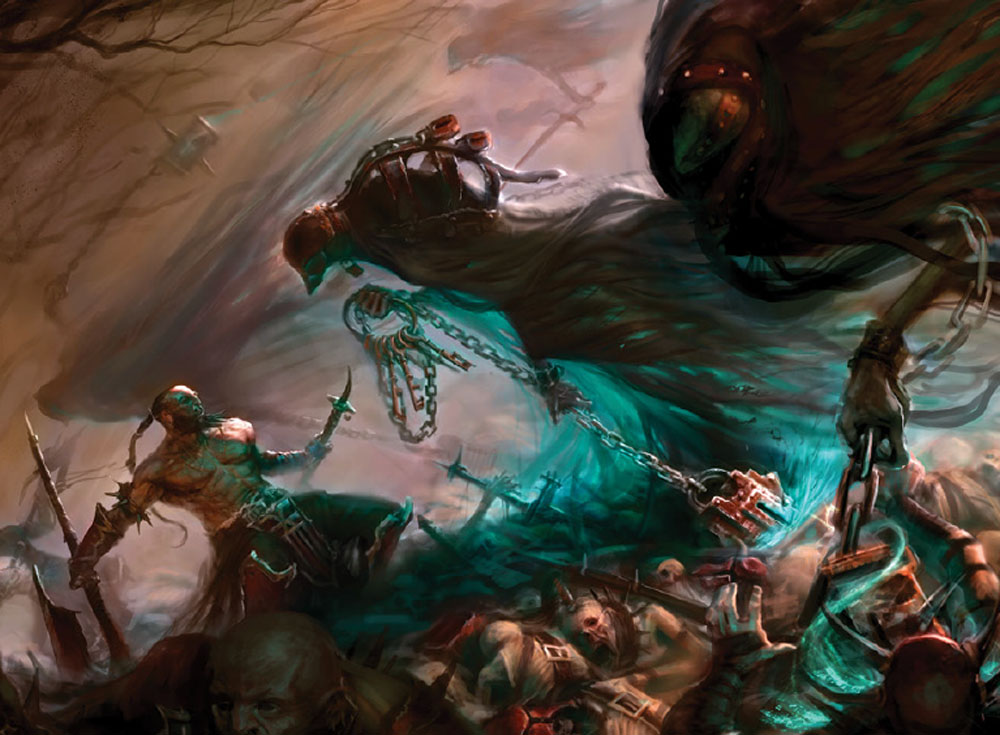 Focus on melee. There are practically no shooting attacks. But in close combat, absolutely any squad gets a chance to fight one more time immediately if the charge roll was 10 or more. In general, many weapons have rend, even though, not a great one. In addition, there are a lot of opportunities to get rerolls, or additional attacks, combining units with each other. 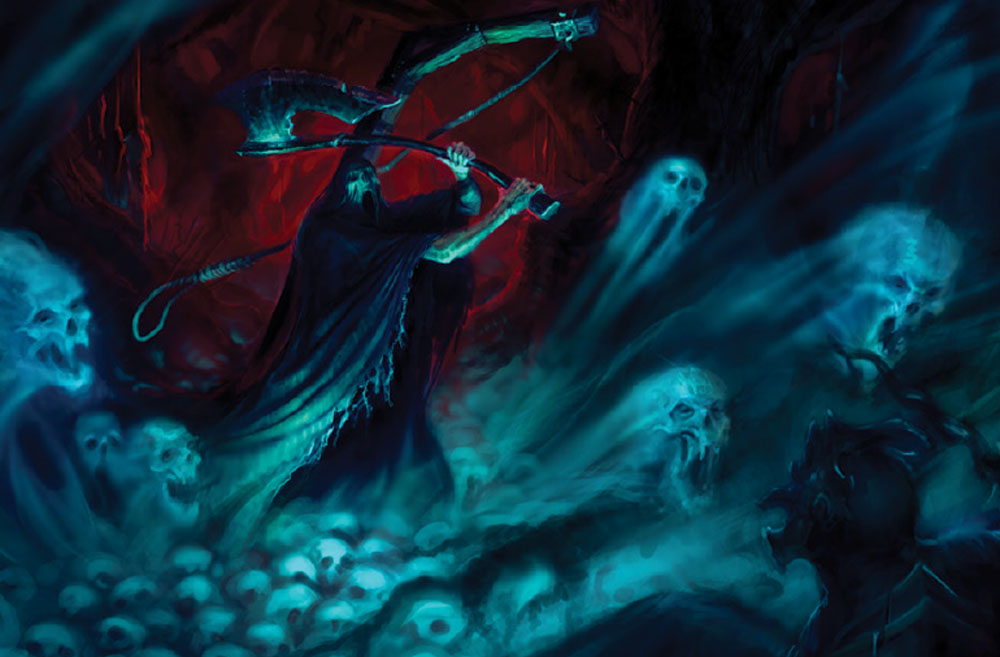 The simplest example: The cheapest basic infantry, Chainrasp Horde, by default has two attacks 4 + / 4 +. They themselves, having more than 10 models in the unit (having less does not make sense), reroll 1s to wound. If you put them next to Spirit Torment, then they will reroll 1s also to hit. (Full reroll if taken as part of the warscroll battalion) The Guardian of Souls will give them +1 to wound (and also, once per game, a full to hit reroll with the help of an appropriate artifact) Finally, the mounted Knight of Shrouds will add +1 attack for the command ability. (A usual one will give you +1 to hit. You can combine them if you have many command points). In total, we already have 60 attacks 3 + / 3 + with a full reroll to hit and reroll 1s to wound from the most basic unit. For this, we needed only one unit, which cannot be found in the starter. It reminds the army of Khorne Bloodbound, where you can also boost units by combining different abilities. 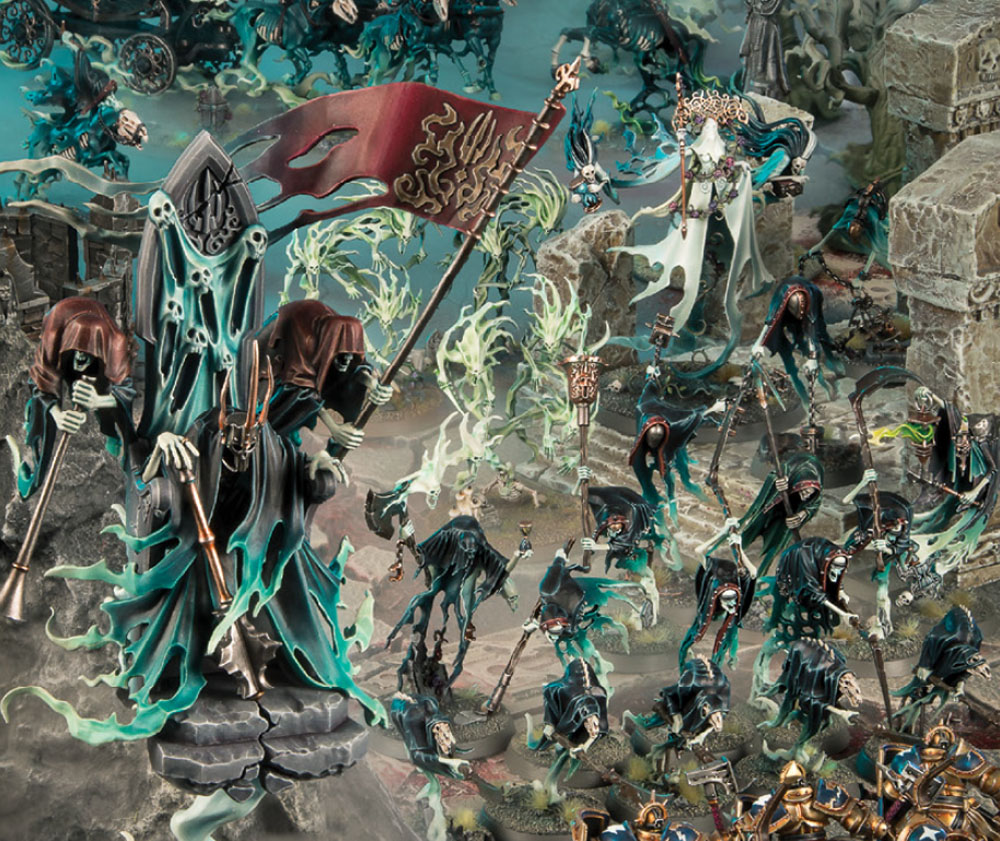 In general, the army seems very durable, aggressive and very eager for melee. Nighthaunt attack as a dense wave, so that the abilities and auras affect as many units as possible. It is likely that with a Deepstrike you will arrange two waves - the slow infantry will attack the enemy immediately, and the faster elite units will catch up on foot.

Battletome leaves a pleasant impression. Most of the artifacts and abilities can be useful depending on the situation and put you in front of a real choice. Units are interesting to combine with each other, and due to this, even cheap and weak ones can be effective. Although, some units duplicate the battle role of each other, and do not have a clear battle focus. However, given the brilliant model line, you will still want to collect them all. It's worth it.