In the new edition of Age of Sigmar, we were promised an increase in magic and the development of its capabilities. There is even a separate set for this - Malign Sorcery. Let's find out how it all works. 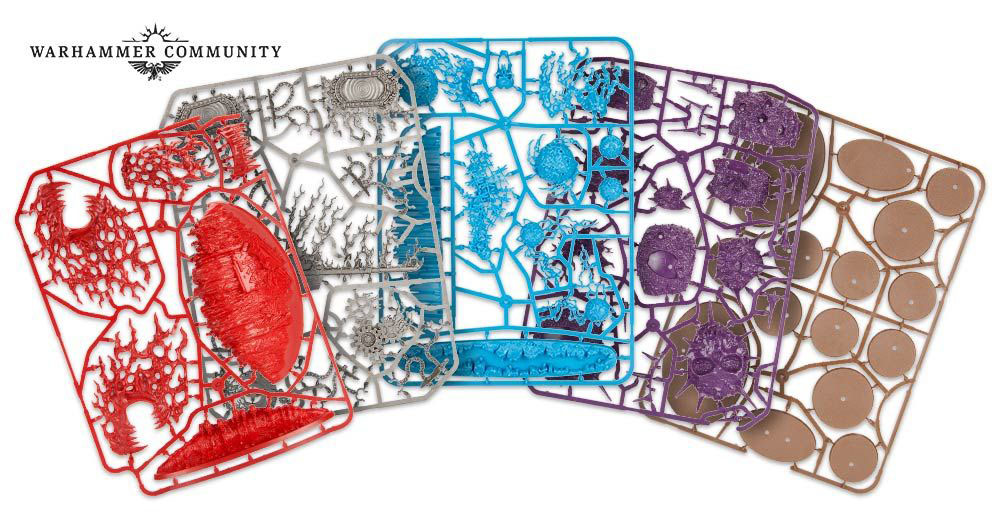 The set is cool. For its considerable price, it offers a whole arsenal of "endless spells." They miniatures are much larger than you expect, and are made of colored plastic - you can play right out of the box. Although, it is better to paint them. We're here for a hobby, you know. But the most interesting part of all the set is the book. So, let’s turn to it. 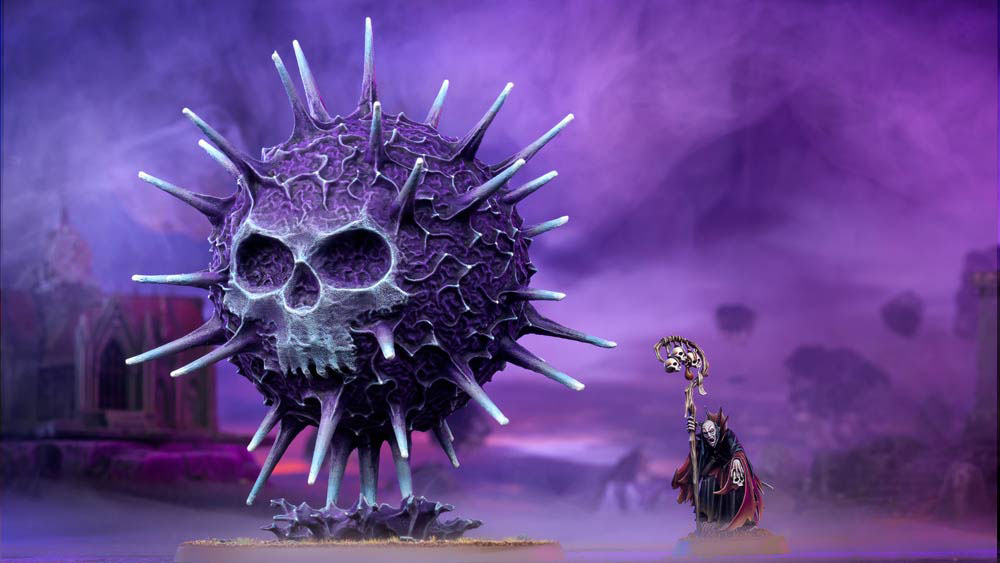 The book is unexpectedly large. There you will find a huge story about how the magic is arranged in the Realms, a description of each of the new spells, photos, new art, and even painting tips. A kind of Battletome "Spells." By the way, there are no rules for the spells. They are all put on separate cards, which you will also find in this set. 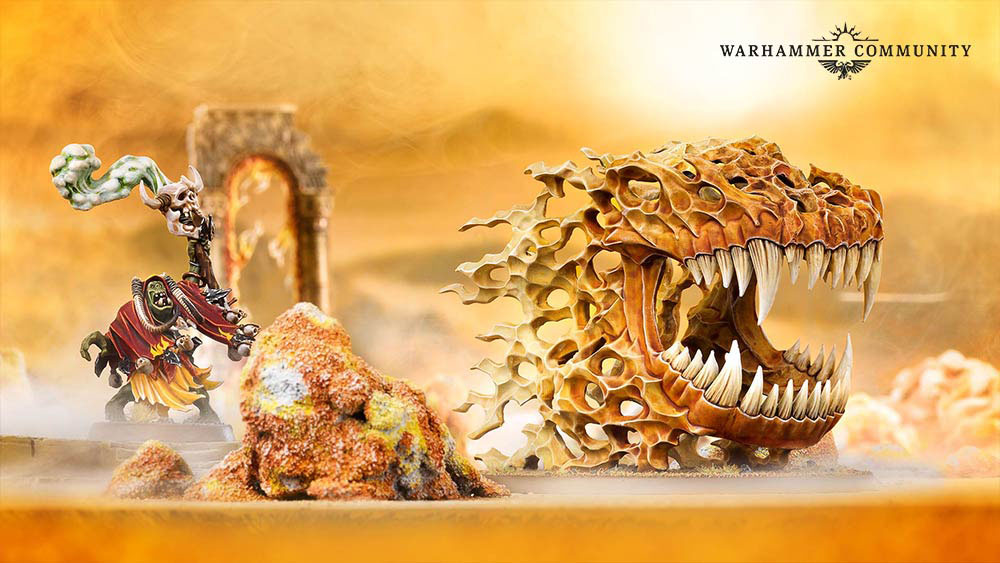 So, why are the "endless spells" special? In fact, there are no fundamentally new mechanics here. They are being cast the same way as any other spell, and it’s not even more difficult – the casting value varies from 5 to 8. The main difference in contrast to conventional spells, is that the corresponding model is exposed on the field. How, and where – is described individually, but, mostly, not far from the wizard. The model can be static, or mobile. The spell remains on the battlefield until some wizard in 30 inches dispels it. It is enough just to get more with 2D6 roll than this spell cost. If the spell is mobile, it can also be destroyed by moving out of the battleboard. 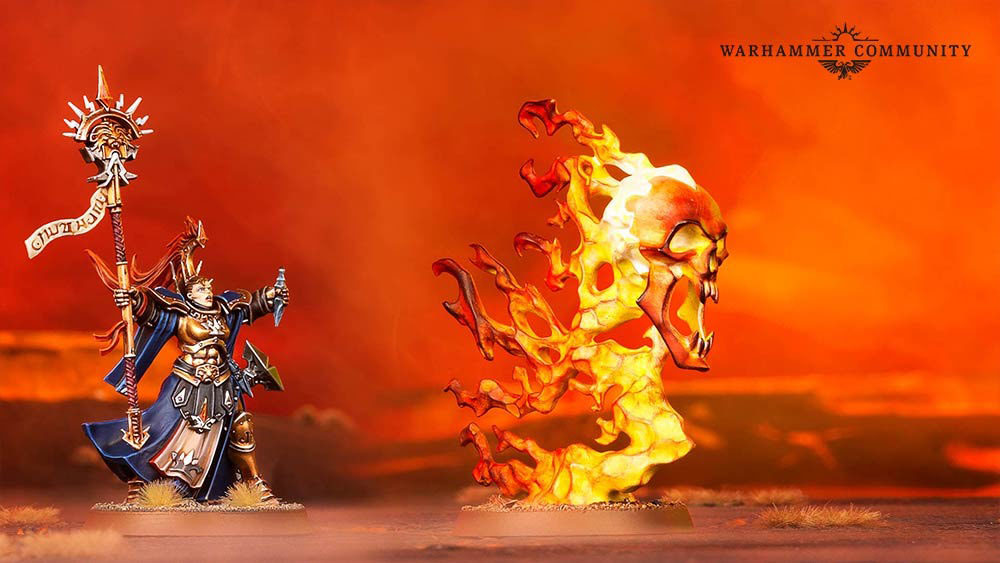 By the way, speaking about mobile, or "predatory" spells. As you could guess from the title, they ... move. Each has its own distance. As a rule, when moving, most of them deal mortal wounds to all who is passed by. The movement happens before the start of the battle round, (well, and immediately after the spell, of course) and the first one to move the spell is the player who goes second. You cannot move one spell twice per turn. And here there is an issue - it is not entirely clear from the book whether you can move all the spells, or only those that you’ve summoned. If to judge literally under the text – the first concept is correct. So, your wizard summons, say, Aethervoid Pendulum, it does its job, and the next turn the enemy, after losing the roll-off, sends your same Pendulum to your units. Or off the battleboard, if he wants to get rid of it. That's pretty stupid. 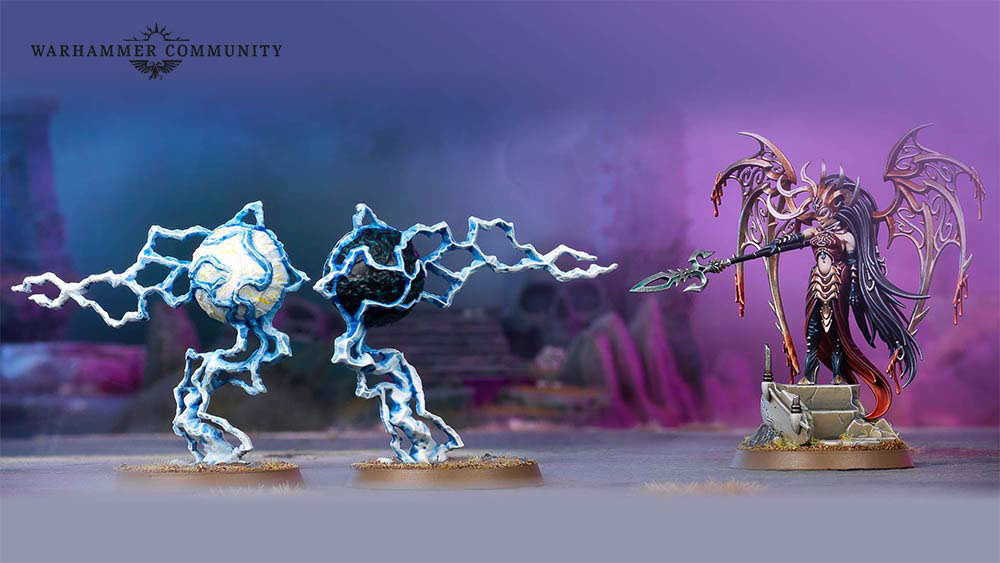 The spells themselves are not very diverse. The majority deals mortal wounds. There is a swarm that heals your units, barricades that give 5 ++ to units behind them, gears that allow a nearby wizard either to accelerate time, giving EVERYONE on the battlefield +2 to move and charge, or slowing it down, allowing you to use an additional spell. The most interesting, perhaps, is a portal of two parts. It not only allows you to transfer the effect of the spell from one part to another, but also teleports the predatory spells. A good field for combinations. 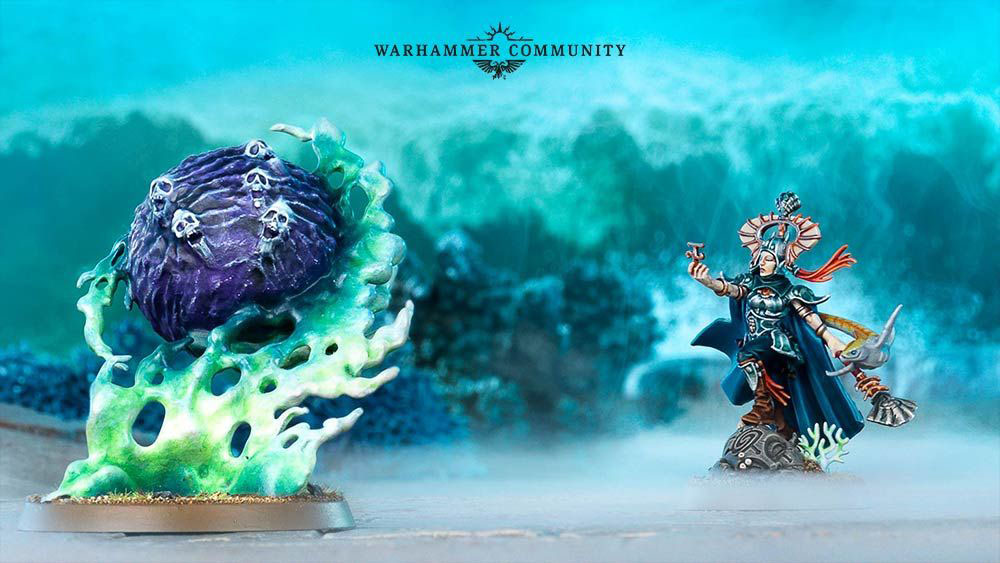 And who can cast "endless spells" Everyone. Absolutely any wizard knows them all, if you suddenly have a set of these miniatures. Well… let’s be honest. When you proxy the Purple Sun of Shyish with an orange, at least paint it. (we are still here for the hobby). In addition to these 14 spells, each wizard also gets 6 more spells depending on the Real, in which you play. Realms is a feature of the new edition (although it was introduced in the Malign Portents campaign), and you will most likely use it. Additional conditions always make the game more interesting. It turns out, even an average wizard can know 22 spells (do not forget about two standard spells). A solid choice, but will you use them? 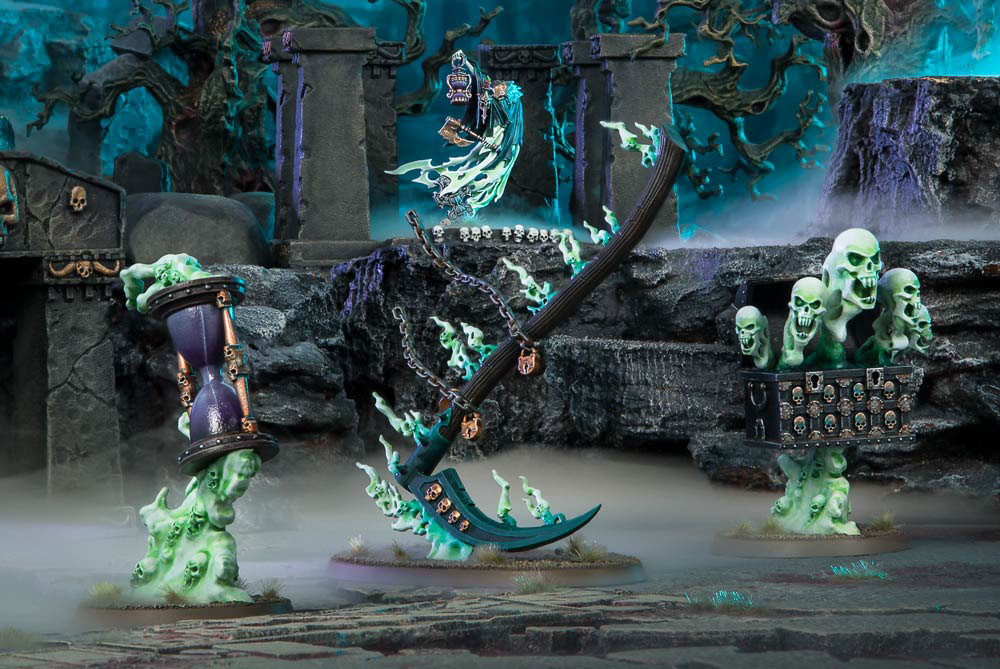 In fact, all these "endless spells" - are just a fun and optional addition to the game. Each of them is worth points, not very large though (from 20 to 100). They are quite easy to destroy (unless you are playing an army without magicians), and predatory ones can be used against you. Judging by the announcements, we are also expected to have 3 such spells per faction - they have a chance to be interesting, and not only to deal with mortal wounds. In the meantime, the use of existing ones is completely optional, and does not significantly change the game mechanics. Those factions that do not have mages have not lost anything critical. However, «endless spells» still make the game more diverse. And the models are beautiful. 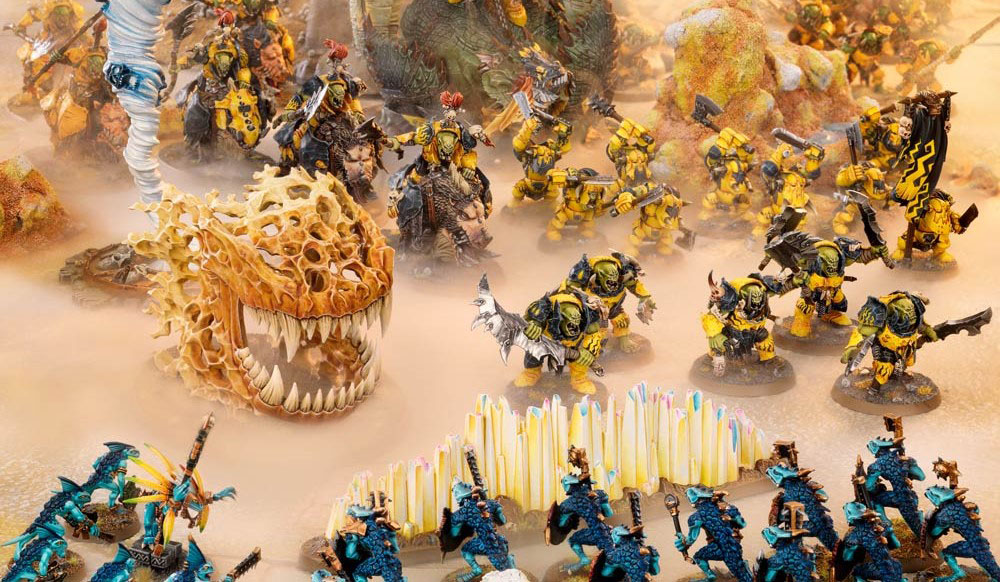