The new Khorne battletome for Age of Sigmar was really expected. There’re many changes, which came with the new edition, and they needed to change the book according to them. But is the new book worth buying, if you already have an old one? Let’s find out. 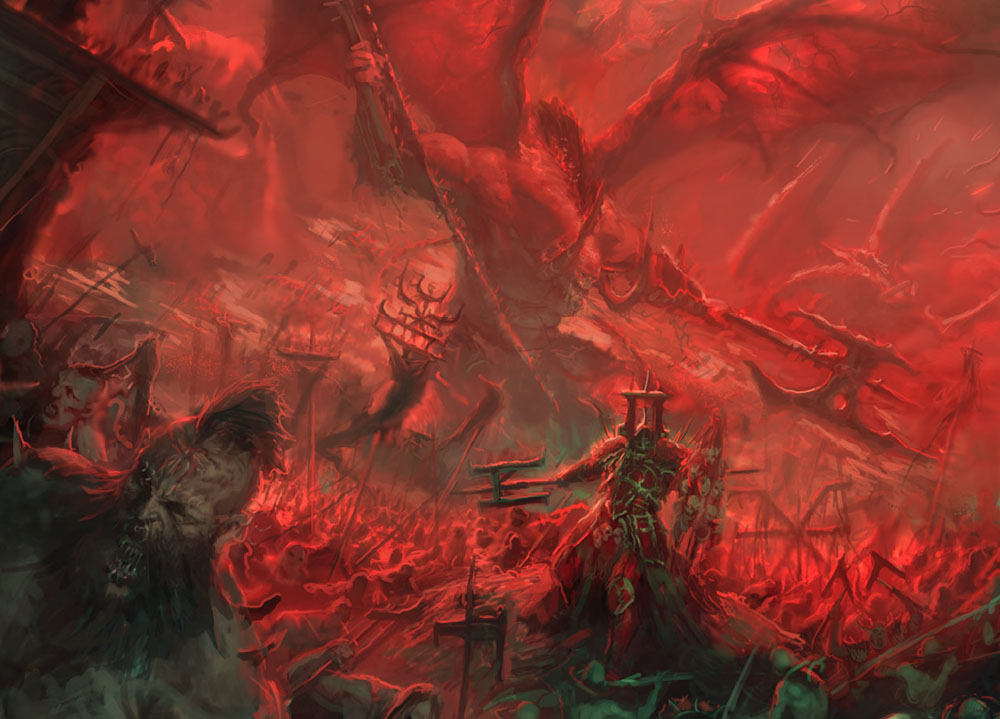 The main army feature – Blood Tithe points table changed a bit. However, some of these changes were already shown in the Generals’ handbook. The cheapest ability now gives you 1 CP (quite logical, considering the new edition mechanics), healing blood rain now costs 7 points instead of 4, and you can only use it once per battle. The summoning is now a separate rule. On its place, we have an ability that doubles hit at any roll of 6.

The summoning in the new edition doesn’t cost points, but you are not likely to summon a demon horde since you also need Blood Tithe points for it. And the prices are quite high. There must be really a lot of blood if you want to summon a Bloodthirster. But this usually happens by the end of the game, and such a powerful ally can efficiently change the balance of power. Also, al demonic characters now give re-roll of 1s to all of their kin nearby, and you can attribute your army to a particular Slotherhost. So, that means chapter tactics. And it’s the biggest change so far. 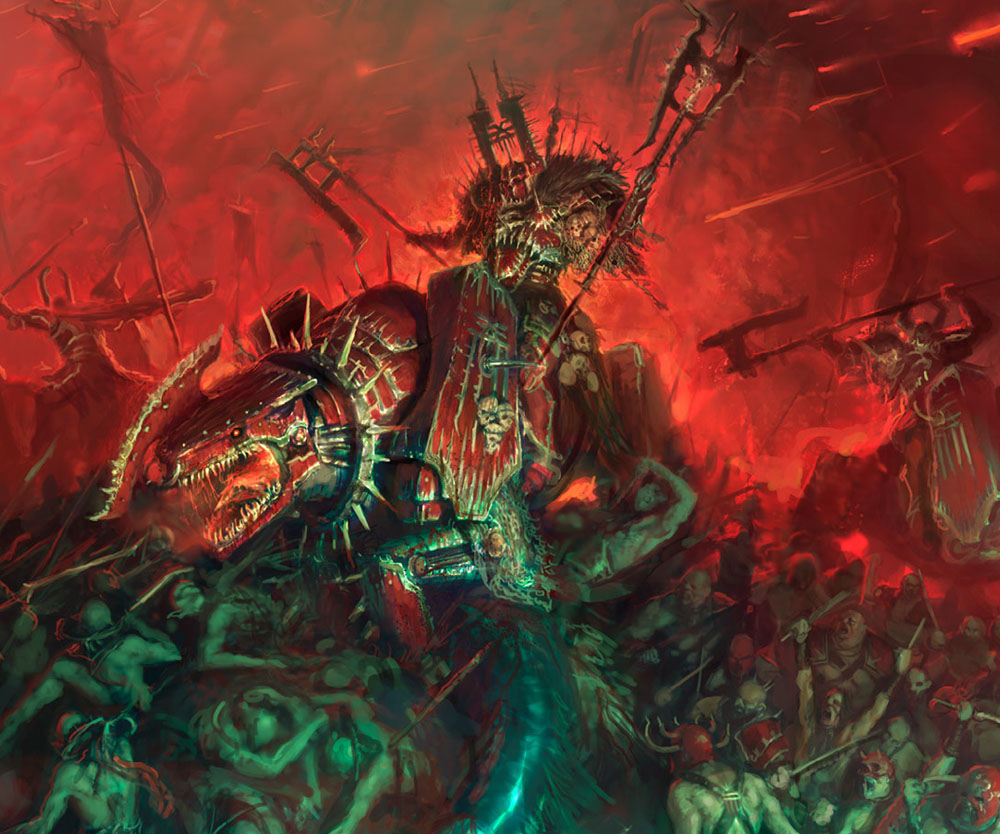 There are 4 options available – 2 for demons and 2 for mortals. Which, practically doesn’t prevent you from combining those types of units. And if the demons have a kind of choice, the 1st mortals Slotherhost is way better that the other one. The abilities in it don’t depend on the enemy. There are 6 objectives, around which you gain bonus, anyway. But there’s no guarantee that your enemy will bring 6 heroes. Besides, speeding up your main units is also more useful than boosting Khorgorats, whom we didn’t see on the table since the 1st edition starter was released. Also, the general’s upgrades are more effective here. 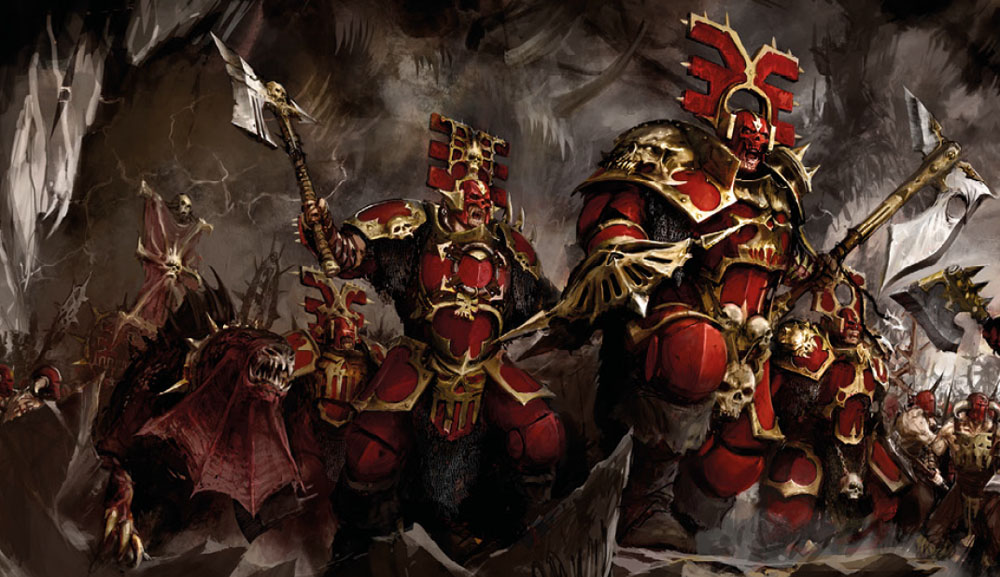 Traits and artifacts are almost the same, but there are a lot of small nuances, which prevent you from just putting some extra pages inside the old book. For example, totems, which used to give re-roll to hit or re-roll of charge, now have increased range from 8 to 12 but got WHOLLY WITHIN notification. Which, obviously nerfs the entire army. Now you can’t open Bloodsecrator’s portal in the middle of the battlefield and get re-rolls and fearless for everyone. However, the character himself has also changed – now he doesn’t need to open the portal and stand still – special rules just work as auras. But again, they got WHOLLY WITHIN sentence and there’s no more fearless special rule. 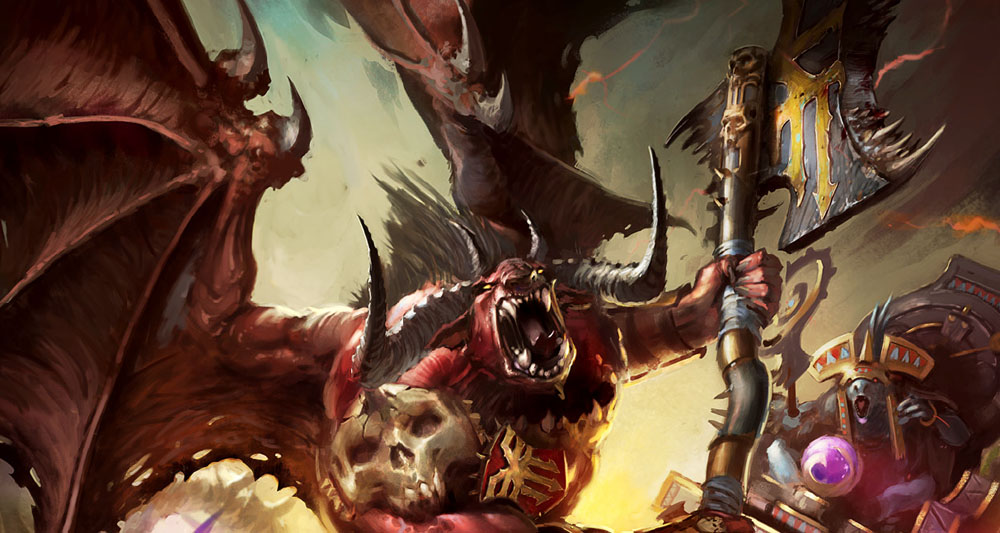 Also, it’s necessary to mention the new «life magic» which is called Judgements of Khorne here. It’s summoned by priests, and in contrast to the usual magic it can’t be dispelled by the enemy. However, it disappears itself, if you roll less than 5+ each subsequent turn. 4+ is there’s a priest nearby. In general those spells are really useful – they make casting, hitting and morale tests more difficult for your enemy. And sure, they deal some mortal wounds.

New terrain – an altar, lets your priests re-roll pray rolls in 8 inches of it and subtracts 1 from enemy’s casting roll in 16 inches. Considering that it costs no points, there’s no reason to ignore it. 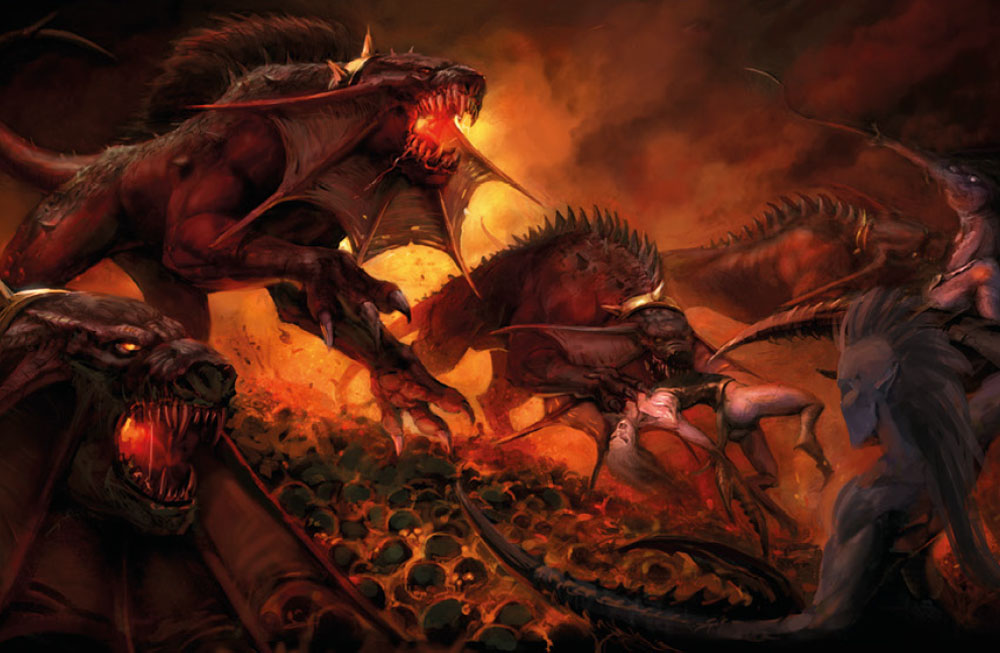 Unit profiles changed just slightly – they’ve become simpler in some manner. We’ve already mentioned Bloodsecrator. Also, for example, Scullreapers’s weapon options now all have the same profile – just glue the weapons you like most to your miniatures. 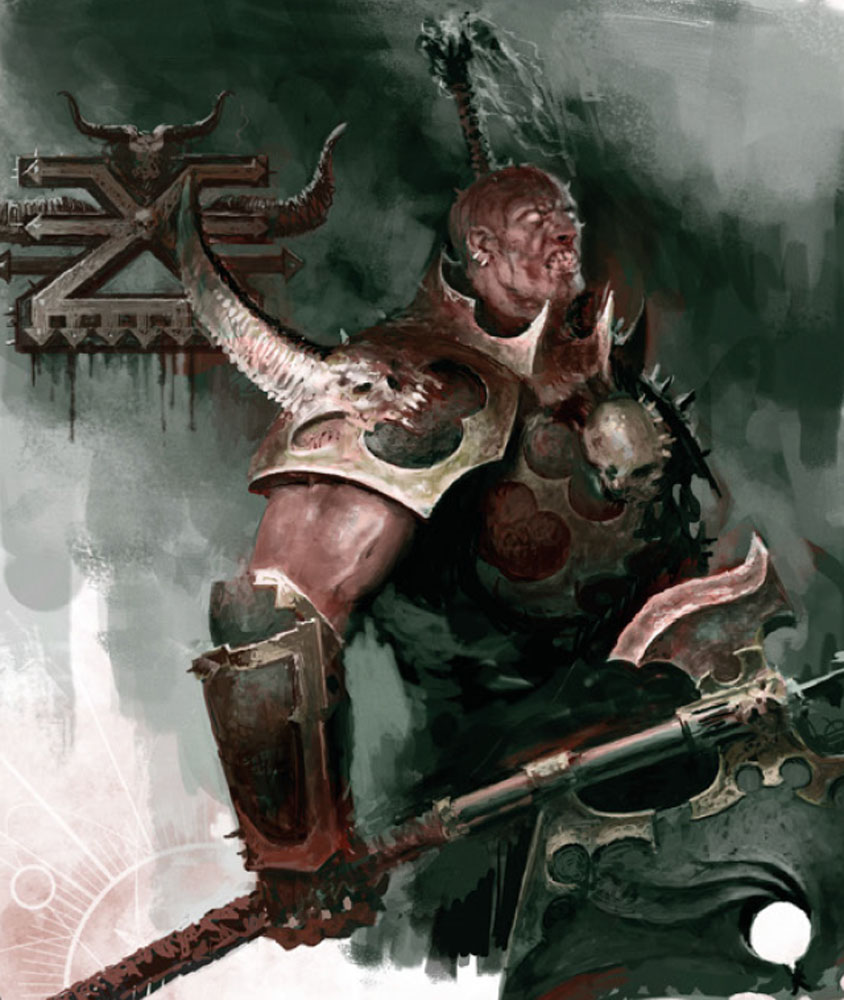 This simplification also touched the warscroll battalions. Now all the special rules are laconic, and there’re fewer of them. As for the simplification, it’s ok – there’re still a lot of rules, which require a combination and systematic approach. But now they are a bit easier to understand. But the fact that we’ve lost some special rules, and got the others substituted is not really good. Blades of Khorne, sure, were an effective army. But in order to reach this effectiveness, you had to learn it, combine special rules and auras, so the victory was really a deserved prize. The army didn’t break the game balance. 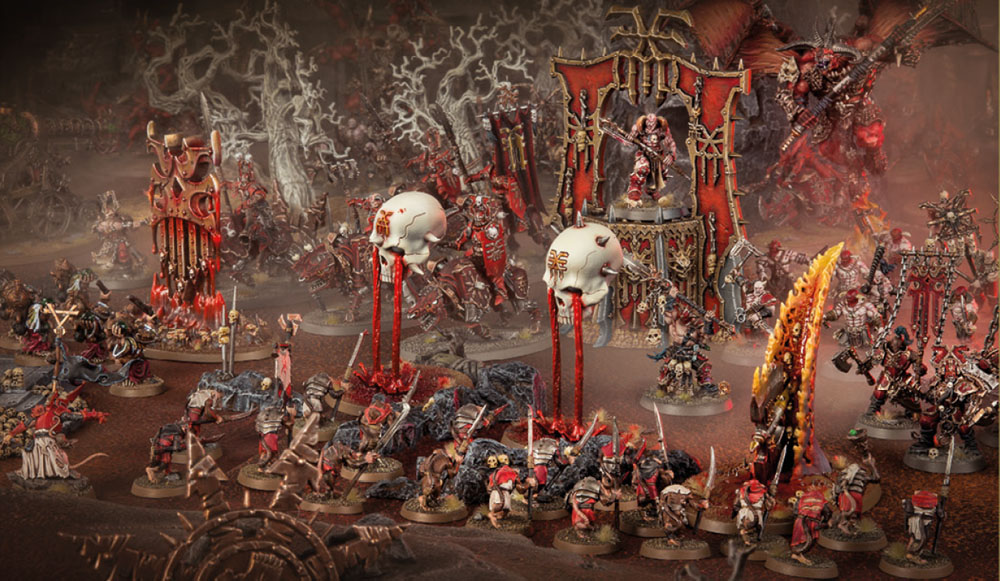 So, in the end, we can say, that the new book is necessary – there are a lot of small changes scattered all over it, that need to be learned. The army balance has also changed – there are so many mechanisms that weaken the enemy’s magic, that now you finally have a chance to make it work. Also, all the auras got WHOLLY WITHIN notification, which will make you place units closer to each other, use mobility more and also, lose to any army like Stormcasts, which only gets stronger with each new book, in contrast to you.