Everyone who reads our blog more or less regularly knows that our authors don’t like the eighth edition of Warhammer 40K. There are quite a lot of reasons, but the main one is the primitivization of the rules. Many interesting and complex gameplay solutions are replaced by a set of monotonous rules, wandering from codex to the codex. Sure, this does not apply to all armies - there are also happy exceptions like Dark Eldar or Death Guard. But, let's be honest – there is so much more copy-paste. The newly released Harlequin codex, unfortunately, belongs to the second category.

We need to say - the author does not like the Harlequins as a faction, and the discontent is not due to the fact that in the previous edition they played better (in fact, worse). Comparison of the rules with the previous edition is also not an empty nostalgia, but a statement of a sad fact. If you are a fan of the 8th edition, then you probably won’t like this review, and you will not find anything useful in it. 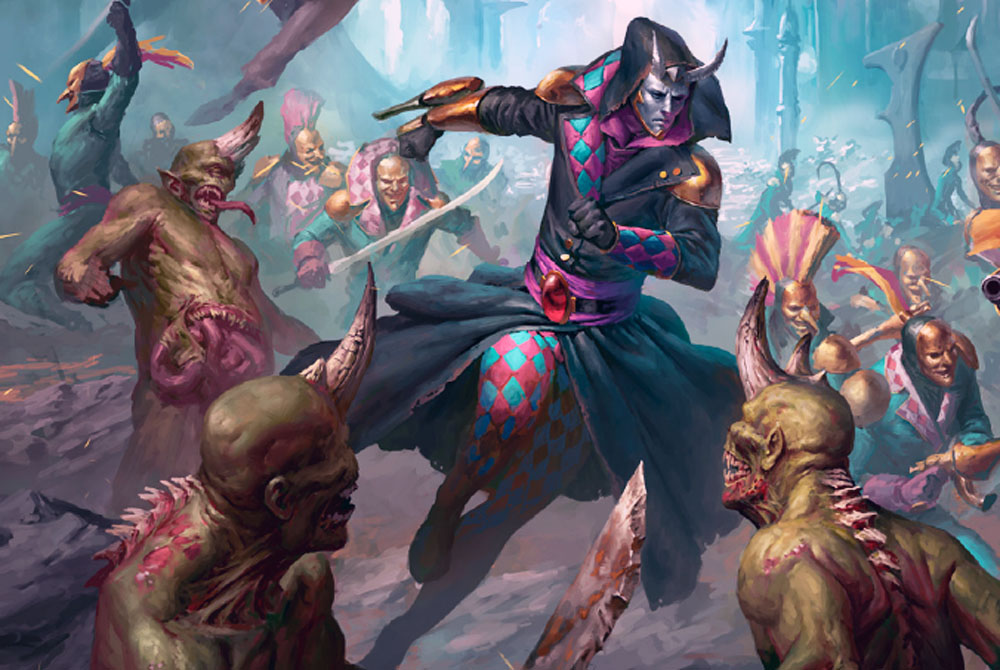 And so, what’s in our arsenal? All the same meager set of units. Plus, one more, to be precise, because the Troupe master has moved to a separate slot in the Index. It is worth pointing out that your entire army has 4 ++ (3 ++ for Solitaire), the possibility to charge after advance, charge and shoot after falling back, and move around ignoring models and terrain. In fact, all your units seem to have a keyword FLY, but at the same time, they are fully functional and they are not affected by any abilities that are directed against the flyers. If this seems not powerful enough, all vehicles have -1 to hit. 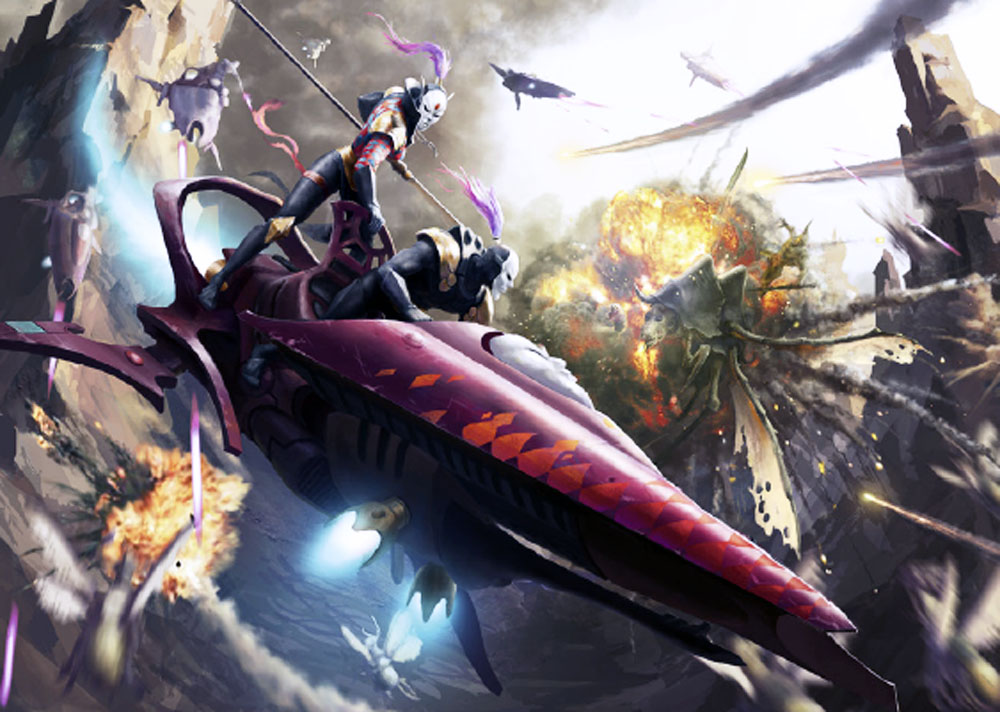 The main strike force of your army will be the Troupe - the number of attacks has doubled, and weapons now increase strength and have rend. Given the opportunities for mass teleportation, fast transports and the speed of the units themselves, it is probably to charge the enemy on the first turn, causing significant damage. Don’t forget that the Troupe Master now gives rerolls to wound (with the stratagem – also to hit), and Shadowseer gives -1 to hit. The effectiveness of the unit has definitely increased. But the problem hides deeper.

Here you can see old and new profiles of Harlequin "touchy" weapons. Yes, the new ones are certainly more powerful. However, now they are, in fact, variations of power weapons of the Space Marines. Unique and interesting rules, which made them different before, disappeared without a trace. And, as you will see yourself, this happens everywhere. 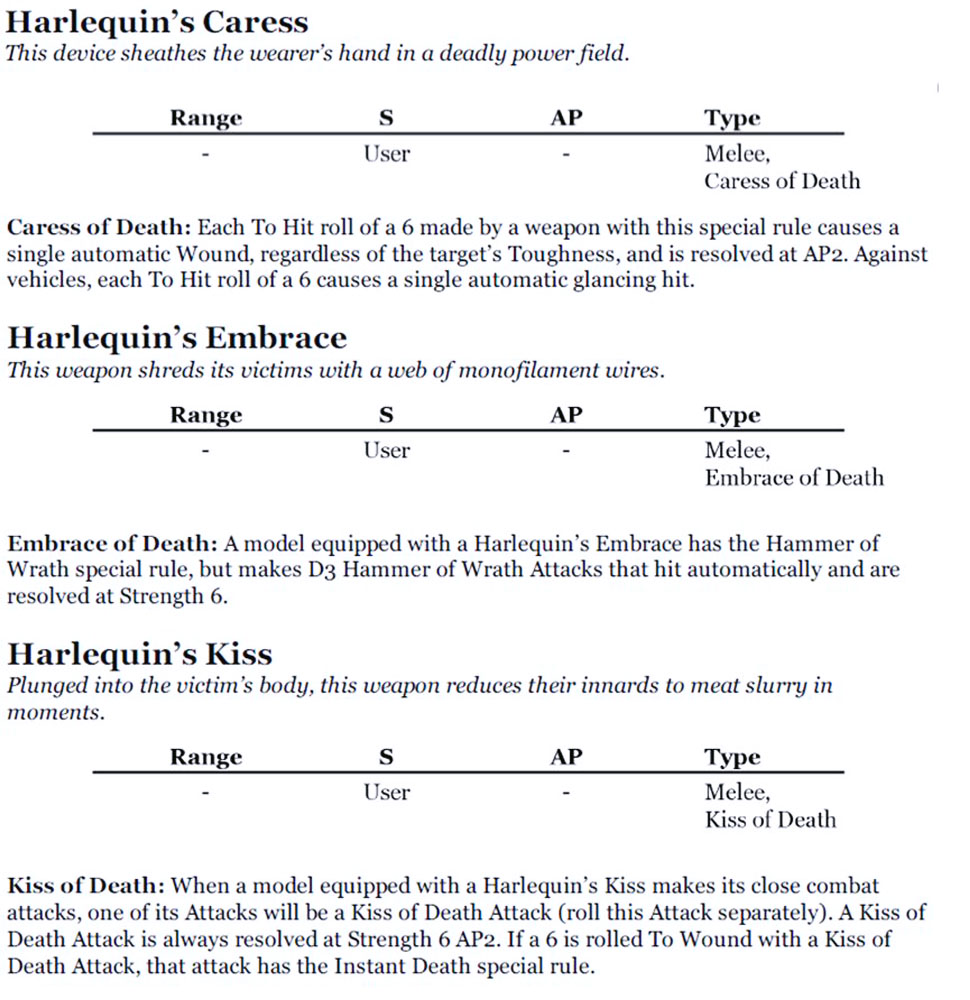 Bikes got improved a bit - becoming more tenacious and mobile, now they do well with the role of a mobile anti-vehicle fire platform. At the same time, your vehicles are still as vulnerable and ineffective. However, given the invuln, minus to hit, and the fact that the enemy will rather kill the Troupe that has disembarked from a transport, they have a chance to live long enough. 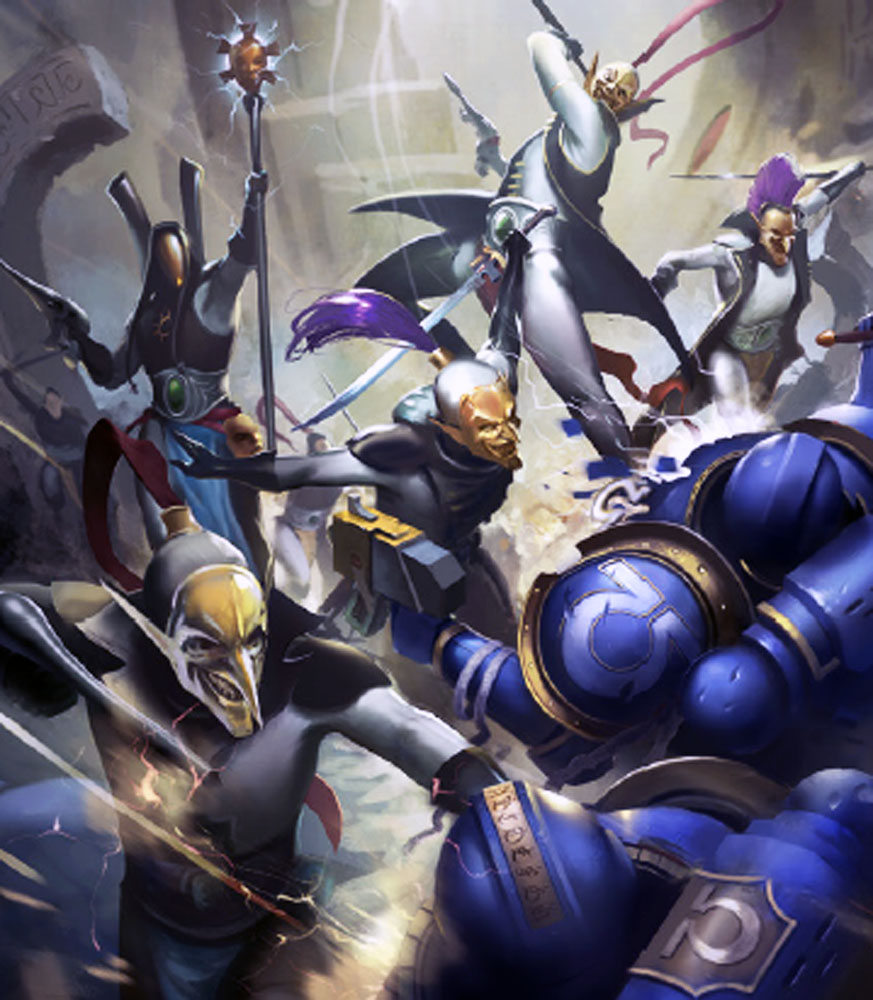 Another nice improvement is Death Jester. The ability to target characters and choose the model to flee first is now very valuable. Given the stratagem, which increases the damage of his weapon, and the possibilities for teleportation, he is quite capable of ruining the enemy’s strategy by killing support characters. 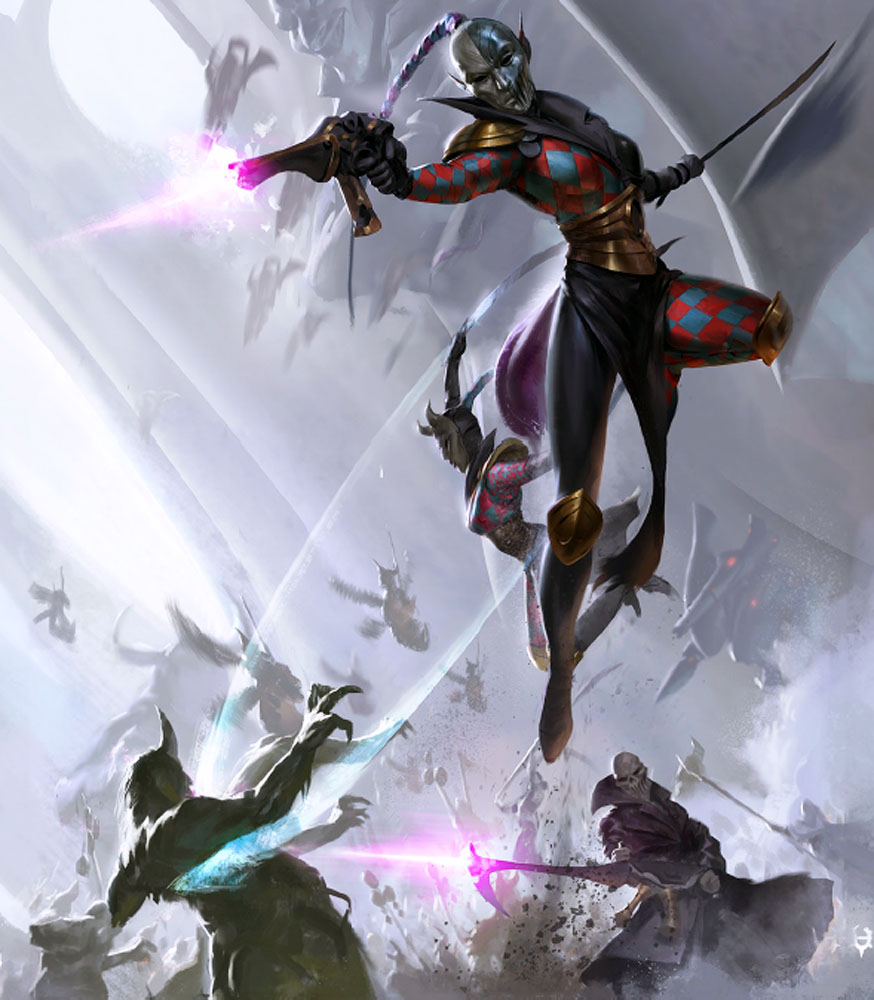 While the unit profiles themselves are still inspiring, the stratagems again throw you into despair. It seems that the Dark Eldar codex was appreciated by players so much that GW simply decided to copy most of the stratagems from there. And, not the most useful. It is clear that Harlequins - also belong to Aeldari race and should use similar methods. But why did they copy so straight? Given that the number of the units is incredibly small, you will always use the same tactics, with the same set of stratagems. Isn’t it boring? However, the real boredom is yet to come. 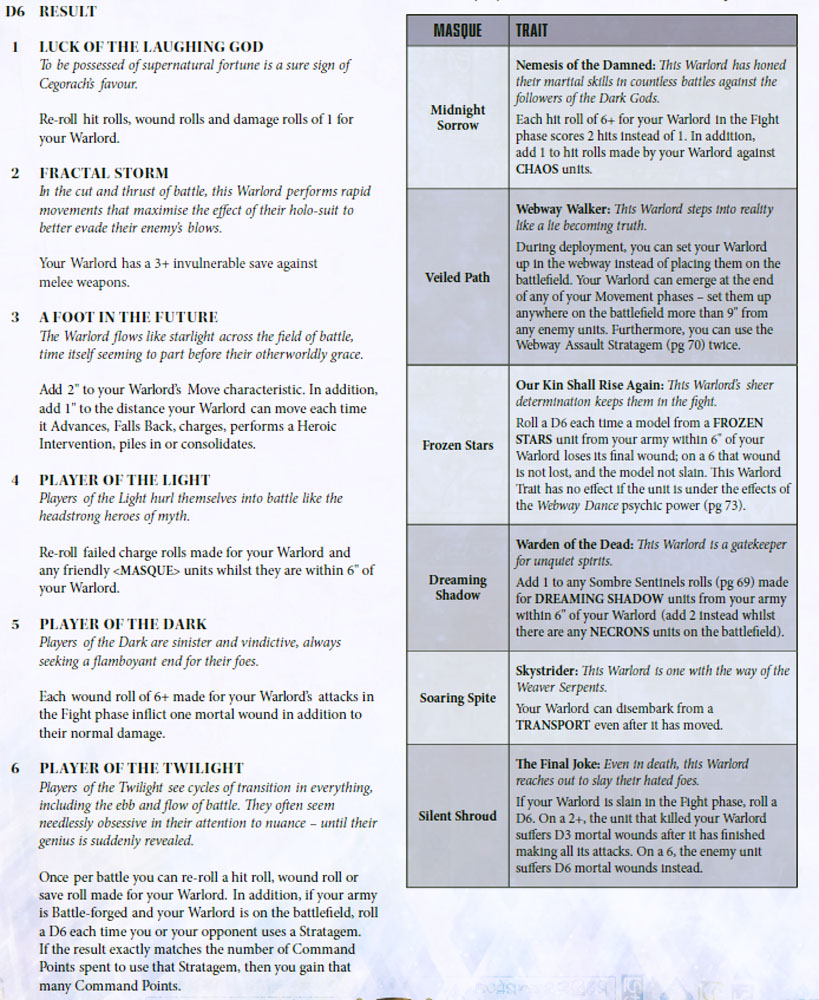 Here, for example, compare warlord traits. Previously, we had three different directions. Yes, first half was similar. But look at some of them – you could perform the action by warlord AFTER the end of the game, affect the duration of the game, almost automatically seize the initiative. Truly special traits that influenced all the game mechanics, not just one character. And now - the standard FNP, mortal wounds and rerolls. If you remove the title and write "Space Marines", you won’t notice anything.

One of the most unusual magic disciplines also was turned into the standard mortal wounds, and minus to hit. What’s more, there are 2 spells, which give -1 to hit. One is cast on your unit, another on the enemies. What is it, if not the gamedesign impotence? You can, of course, blame us for thickening the colors, but the examples speak for themselves. 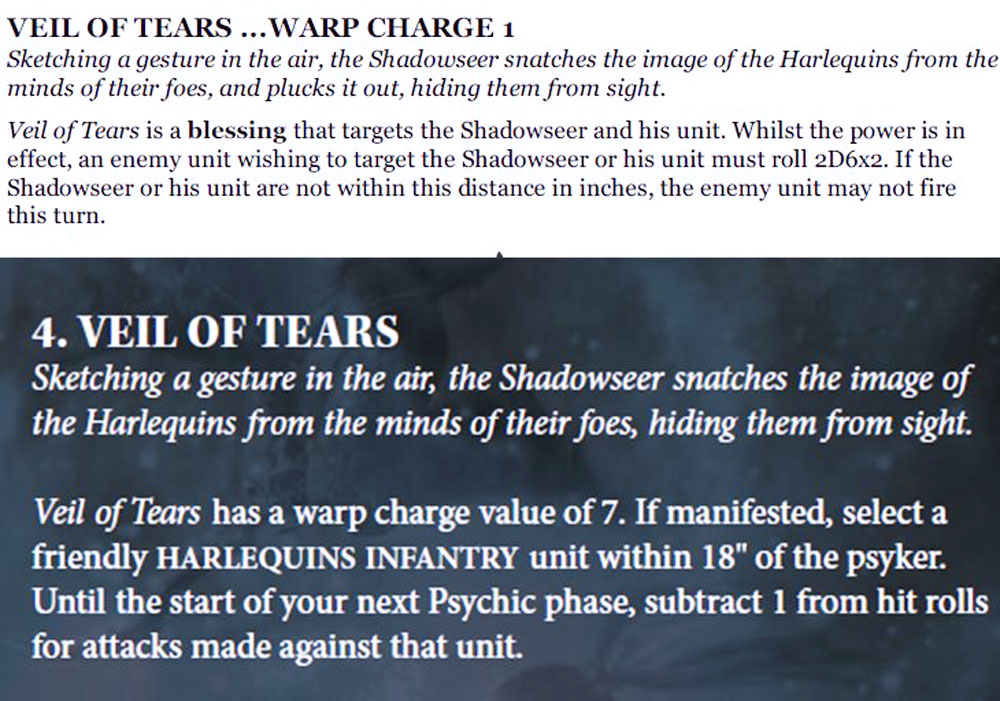 At the same time, it's funny - the army has become more powerful. More attacks and they hit harder. All units are pulled up to a playable level. The alpha-strike tactic is quite obvious - you try to destroy the main forces of the enemy before he attacks you. If you failed to break the backbone of the enemy army in 1 or 2 turns - then the chances of victory fade. A glass cannon, as it is. But the rules, in this case, are not interesting at all and don’t cause at least the desire to try. Such a paradox. 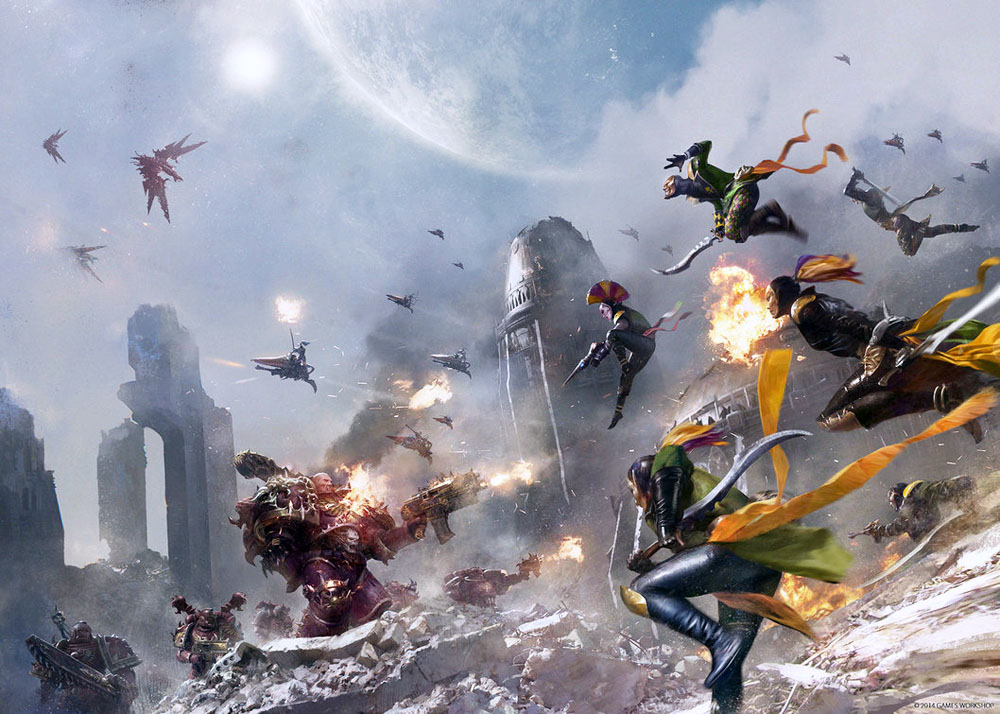