Warhammer 40K is catastrophically unlucky for computer games. From the time of the first two parts of Dawn of War, there was nothing that would remain in the memory of the players. But games come out almost every month. Honestly, there were quite good Battlefleet Gothic: Armada and Sanctus Reach. Did the fresh Gladius: Relics of War interrupt a series of unsuccessful games? Let’s find out. 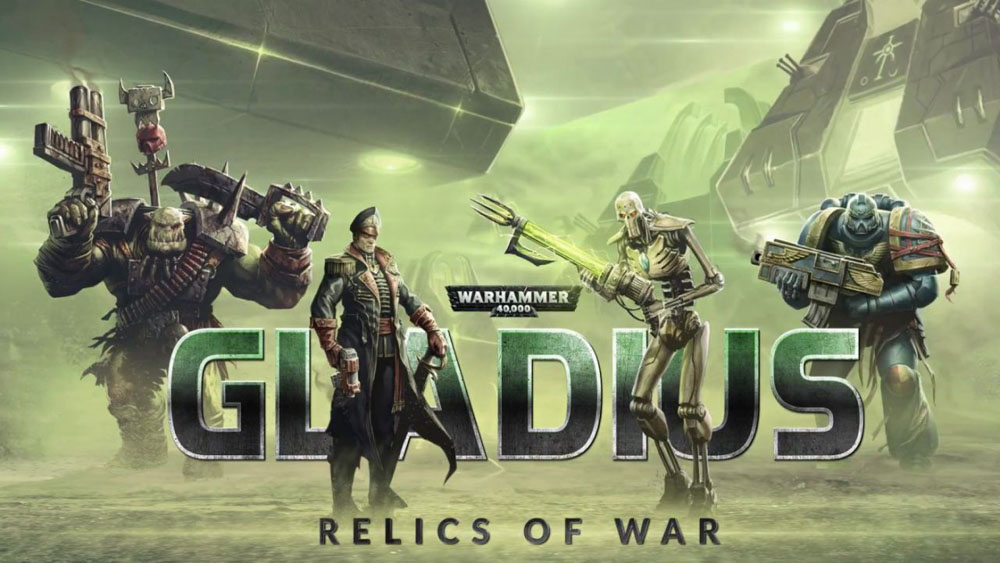 If you are too lazy to read the review and you need to decide for yourself whether to play, or not, here's the shortest possible idea: Gladius is a simplified Civilizations in decorations of Warhammer 40K. Really. If you played Civilizations, then this phrase describes absolutely everything. And now more details. 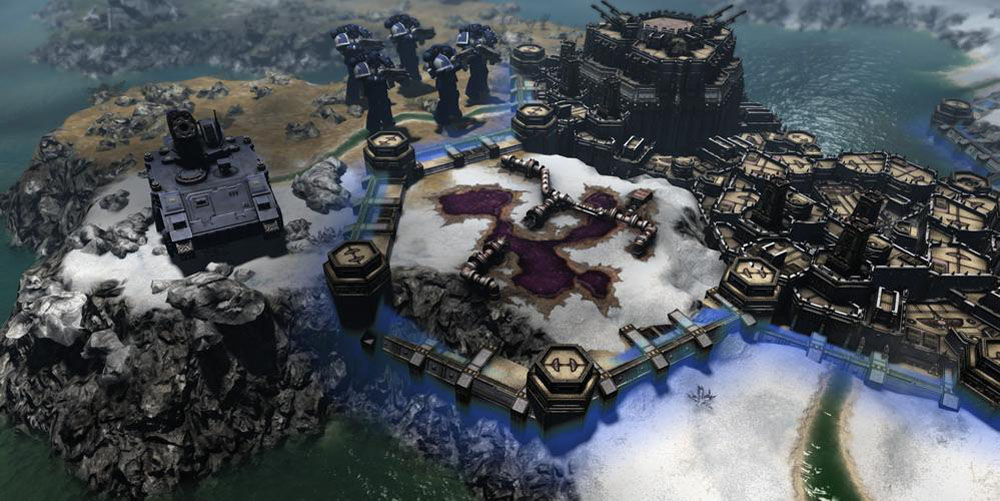 Yes, it’s really 4X strategy very close to Civilizations. Thoughtful, meditative, step by step game, where one party can easily drag on all night. However, unlike Civilizations, there is no diplomacy here (diplomacy is in 40K, what are you talking about), culture, and all that stuff that would distract you from the eternal war. There are some simple quests like: capture this, and those two objectives, explore the terrain, grab an artifact, and so on. The plot is also very rudimentary and doesn’t open new depths of this universe. Traditionally, there are four factions, and they have to destroy each other. Although, this is quite enough to have fun in Warhammer. 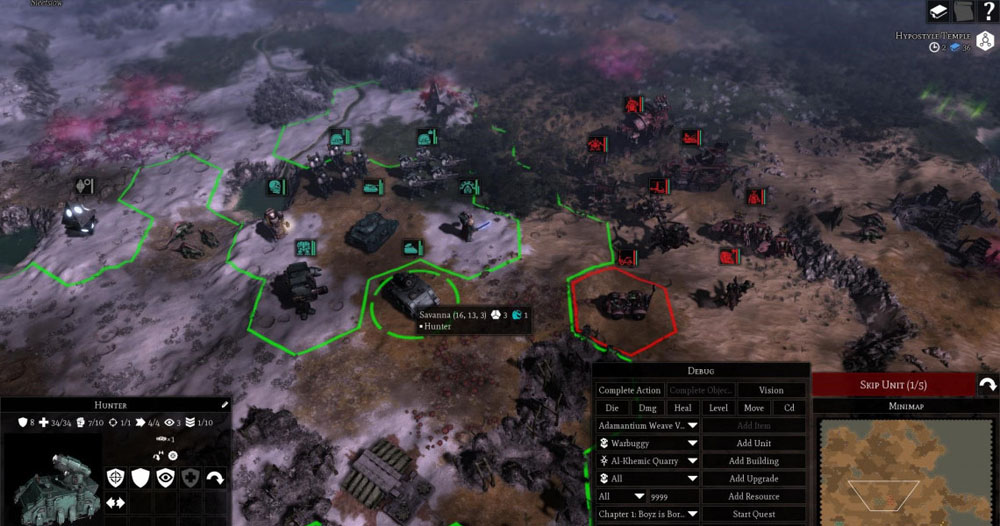 Speaking about the factions. Here you will find absolutely expected Orcs and Space marines, and pleasantly unexpected Necrons and Astra Militarum. The latter, in addition,are equipped with a pair of Mechanicum units. However, during the game you will also meet units of Chaos (even Lord of Sculls!). Which gives hope for the subsequent expansion. The gameplay for the factions varies, but not much. For example, necrons eat metal and build from it. And orcs earn influence points during a fight, rather than building special buildings for this. 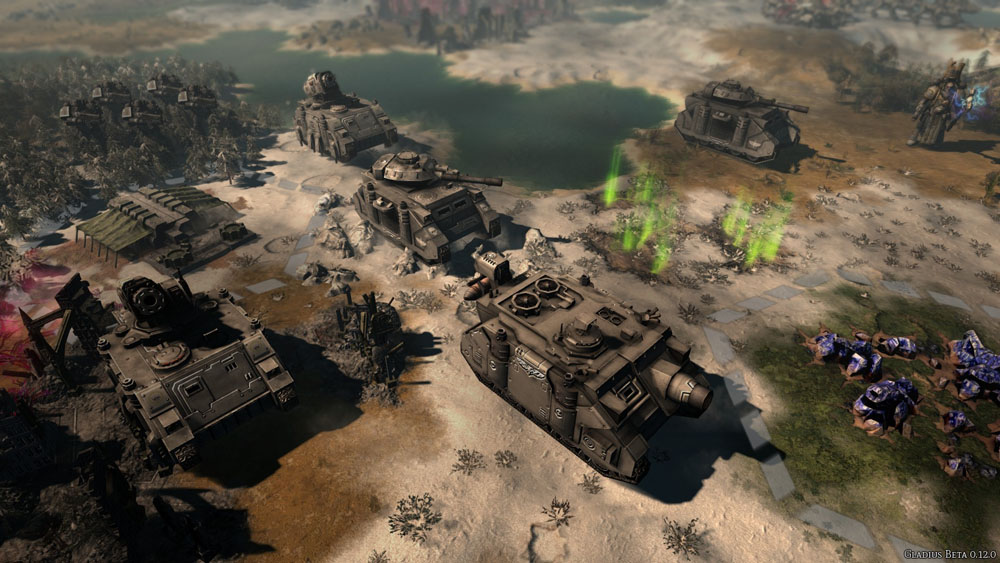 If you expect to immediately launch hundreds of tanks into battle, you will be disappointed - almost all the units hide in the impressive tree of research, and, you will have to spend more than one hour playing to release a dreadnought on the battlefield. Well, what did you want from a 4X strategy? But there are definitely a lot of units. Those who made the game, genuinely love 40K and follow the wargame news. The design of the units, research, and upgrades - all repeat the currently relevant rules and miniatures. Well, maybe not for this one, but for the 7th edition for sure. The lack of primaris marines may be seen as an advantage by many players.

Speaking about the game, it is necessary to mention the technical side, although it is not so important in this genre. Graphics is not sky-high, but it looks pretty decent. The gloomy atmosphere of the grimdark is created perfectly. And the sound of nekron bikes will haunt you for a long time after leaving the game.

In general, your attitude to this the game depends on how you feel about the genre of slow, step-by-step strategies. The developers really did well - there are a lot of units, working balance, a decent AI, and an excellent Warhammer 40K setting. Therefore, the only thing that can alienate you from the game - is not the most popular genre. On the other hand, the game will be uninteresting for those who love 4X strategy but do not like Warhammer, because compared to other games of the genre, there is not enough depth. In general, if you share these two hobbies - then this game is for you. And yes, be sure to buy it. Then it is quite possible that we will see Chaos, Eldar, and even Tau.