Honestly, the first Genestealers Cult codex was quite raw and undone. There were not so many unique units, and most players used it just to take flyrants as allies to the AM units leaving just a bit of space for genestealers. With the new codex, we’ve got a lot of new miniatures – characters, squads, and even terrain. So, in order to judge this book, we first need to know who is who.

New characters are mostly in the Elites slots, which makes this codex close to the Death Guard. You’ll also take many cheap support characters, which won’t change the entire battle but will definitely be useful if you use them right. You’ll also have to think which units are covered by particular auras and pay attention to their placement. 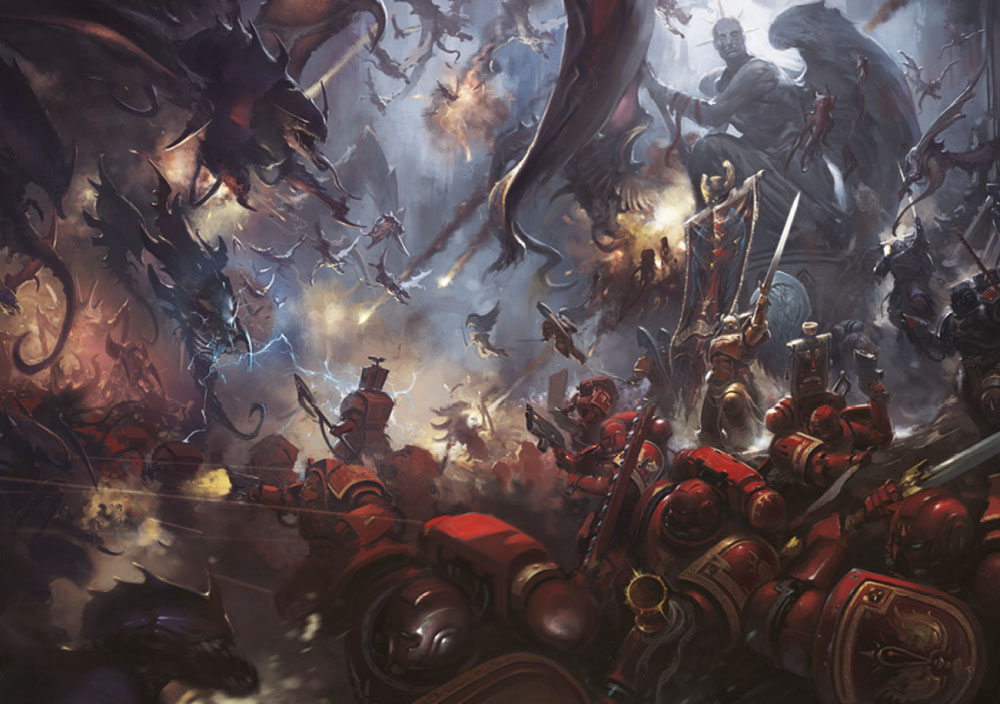 The first newcomer is Clamavus. He forbids the enemy to place reserves in 12 inches around him and deals mortal wounds in 6. Your units in the same 6-inch range have increased leadership, and get _1 to charge and advance rolls. Totally useless as a fighter. Considering the fact that he costs ridiculous 55 points (3pp) there’s no reason not taking him. He’s giving you charge bonuses, and all your infantry (and now also biker!) units still can go out of reserves in 9 inches from the enemy. Savvy? 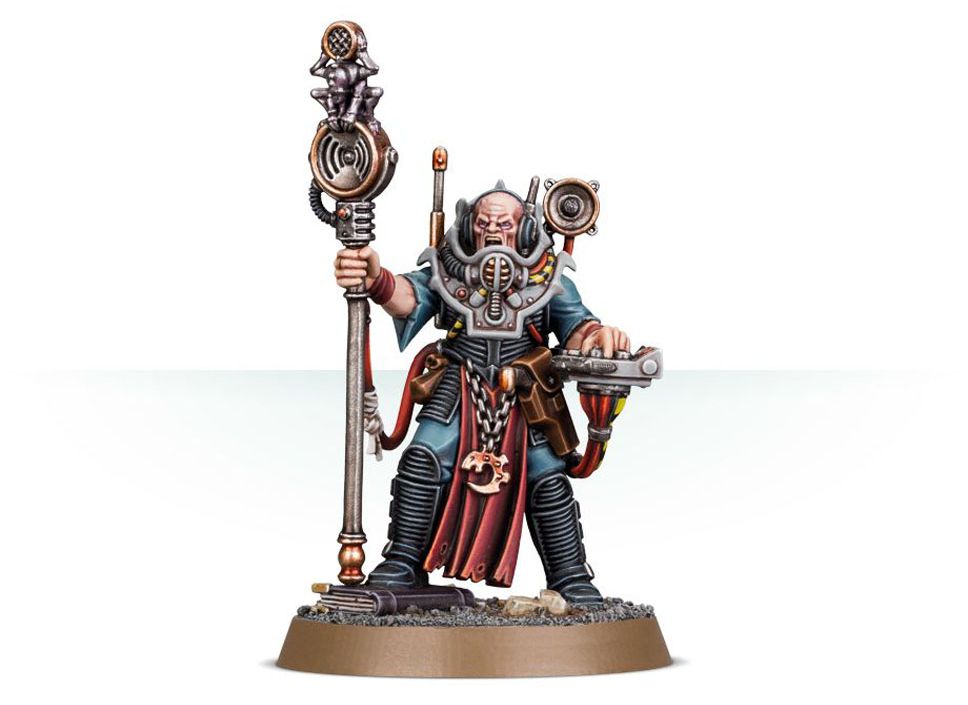 By the way, Cult Ambush now lets you not only to deepstrike (a bad thing, that it’s just 9 inches) but also to conceal your units, by placing special markers during deployment. You can find them right in the codex. A great chance to deploy without using any miniatures and to stun your enemy. The only drawback is that the markers should be opened at the first turn anyway. 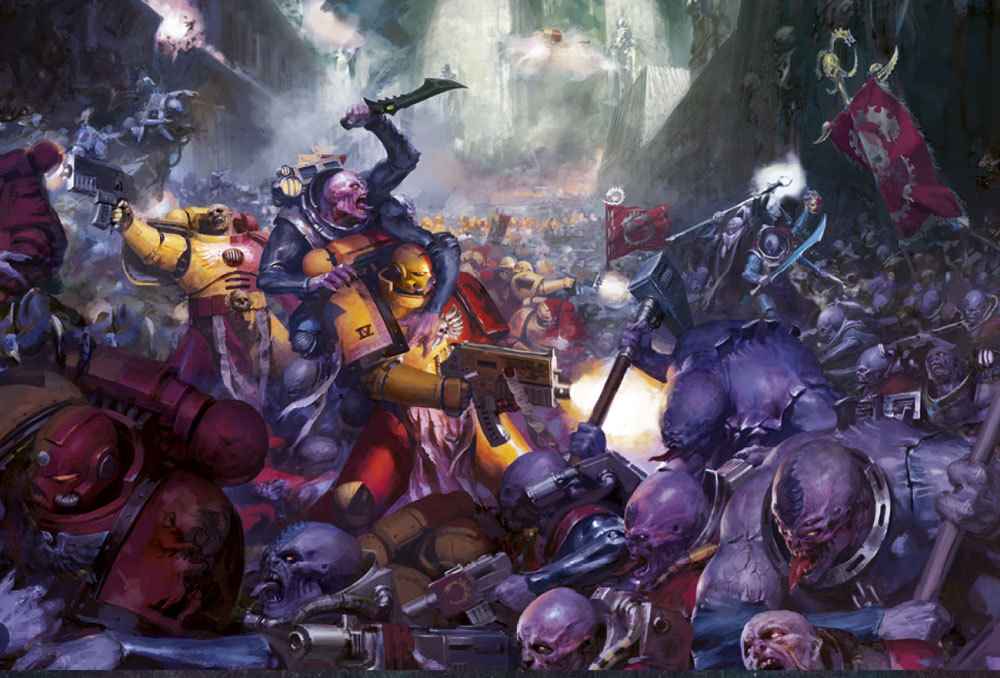 The next newcomer is Locus. A kind of bodyguard for your characters. Takes their wounds (as mortal wounds) on 2+ if he’s around. Here we need to tell you about another feature of this army – every unit can do the same on 4+. So, if it was his only ability, he wouldn’t be worth his 40 pts (2pp). But this guy also lowers enemy’s leadership, can get into the combat at enemy’s turn and always fights first. 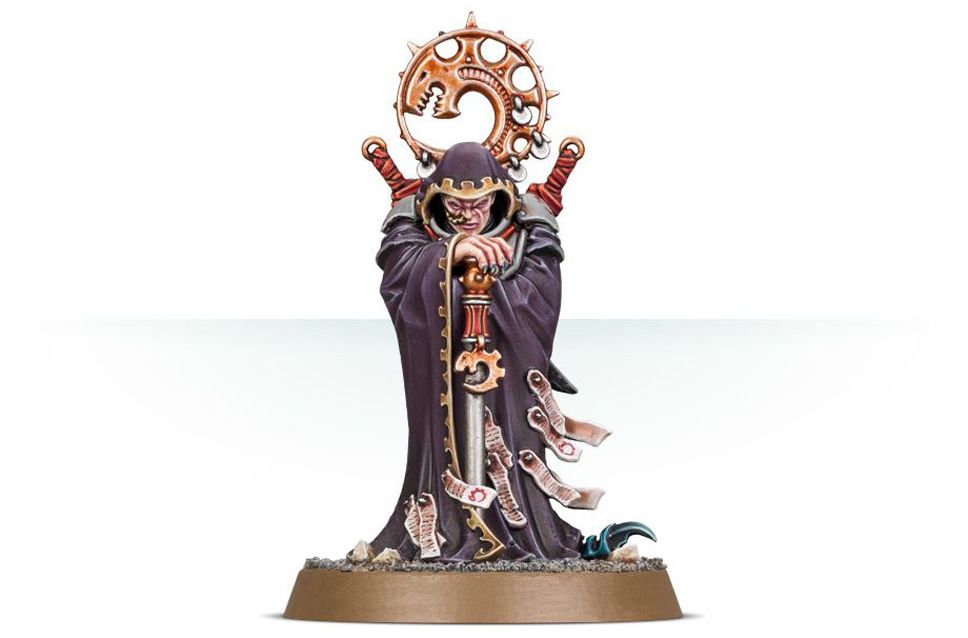 Sanctus – ninja-assassin of this codex. Can take either a sniper rifle, able of targeting characters, or a nice poisoned 2+ to wound dagger. Considering that he ignores cover, and gets +2 to it for himself, sniper version looks more interesting. Also, a Perfect Ambush stratagem costs 0 CP (instead of 3!) if you use it on him. That means that he can either move d6, or shoot an additional time just after coming from reserves. Sure, 1 shot is not an ultimate threat, but again, this character is very cheap, and if you are lucky enough, can weaken a key enemy character. 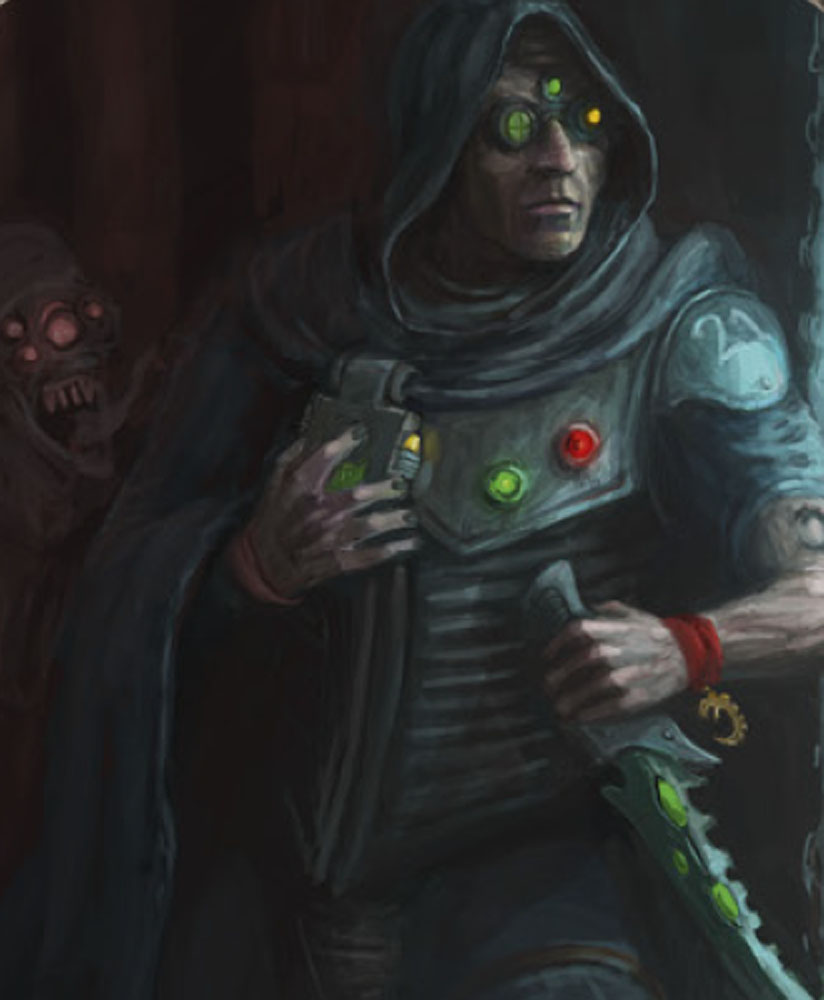 Speaking about he stratagems, they are really cool. We’ve always blamed the 8th edition for lack of fresh ideas and copy-pasting, but here’s none of these things. Just look at some of them:

You can move 3 ambush markers before placing the units. Or place 4 markers for 1 unit in different places. Or transfer the unit from the ambush to deepstrike. Or get it back there in the middle of the game. Or arrive 3 inches from the enemy with no charge allowed. (You still have flamers). Hide an infantry unit in terrain and make it untargetable just like a character. You also can summon (just like CSM demonic ritual) any infantry or biker unit. And, sure, healing, double attacks, and even the denial of enemy stratagems, just like Drukhari have. 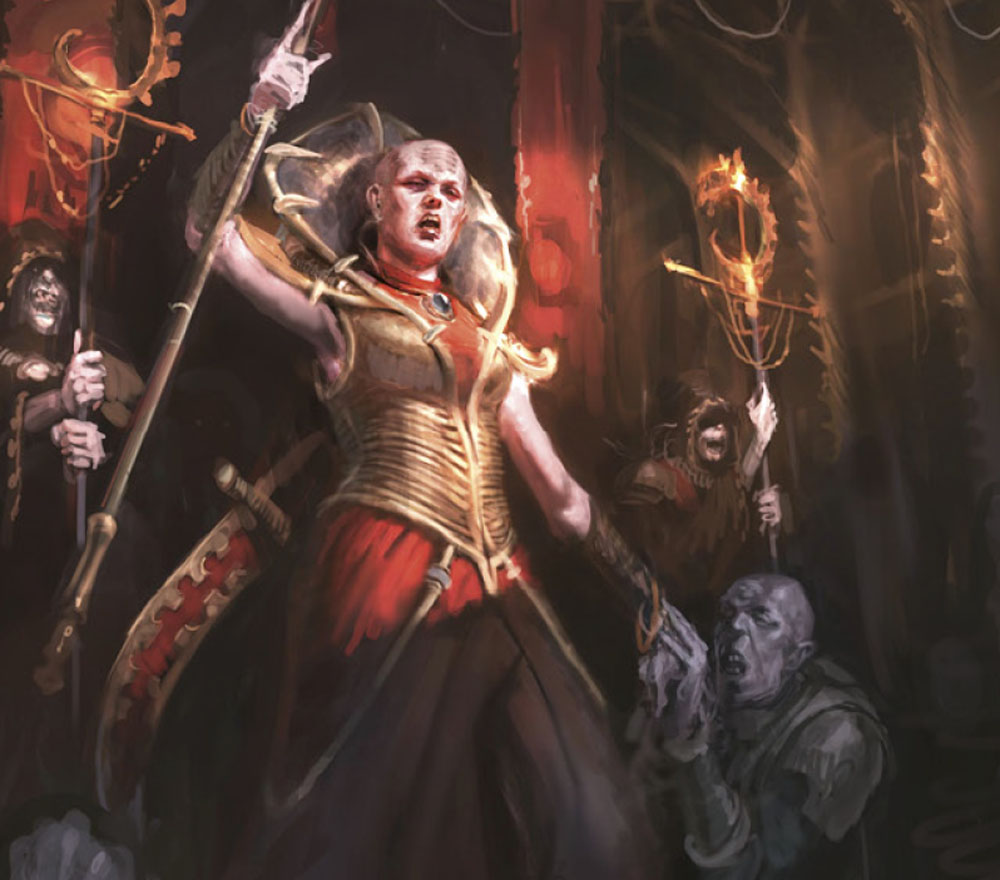 Now back to the characters. Kelermorph – than funny genestealer-cowboy with 3 pistols, which shoot twice for any successful hit. So, theoretically, he can make 12 hits with damage 2. He also can target characters. And if he kills anyone, close units get re-roll of 1s to hit. By the way, there’re not so many abilities that do this. So, it’s great – GW finally understood that rerolls are not the best thing to base a wargame on. 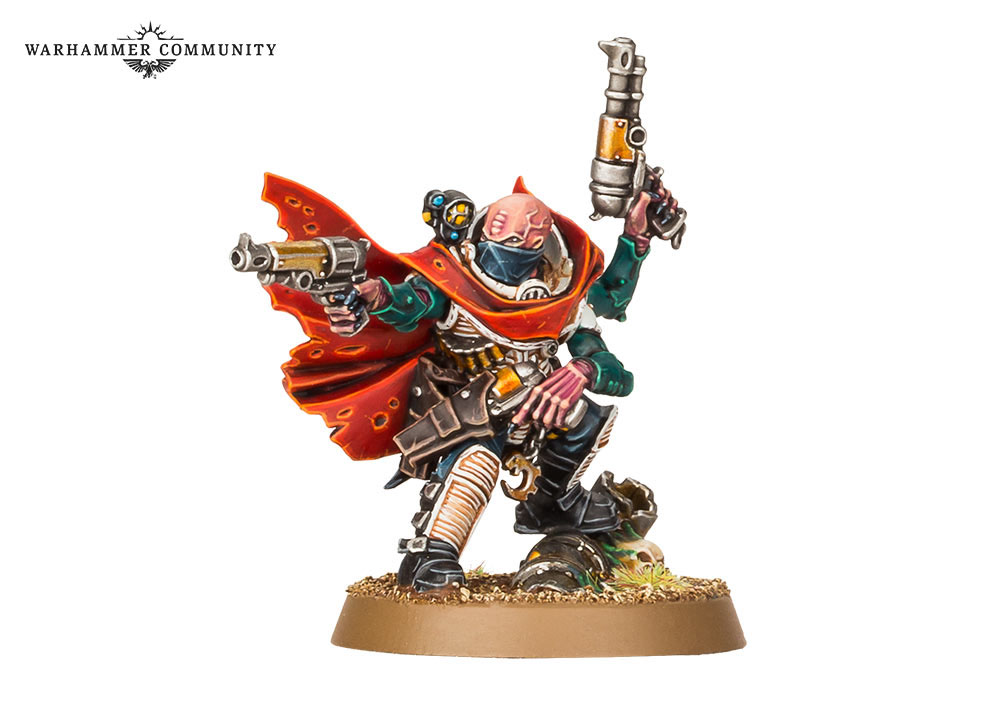 Nexos lets you replace one ambush marker before revealing it and generates CP instead of the spent ones – both by you and your enemy. A kind of headquarters Clamavus – hide him somewhere at the back, and hope for successful CP rolls. The only bad thing is that beta rules forbid to regain CP more than once per turn. 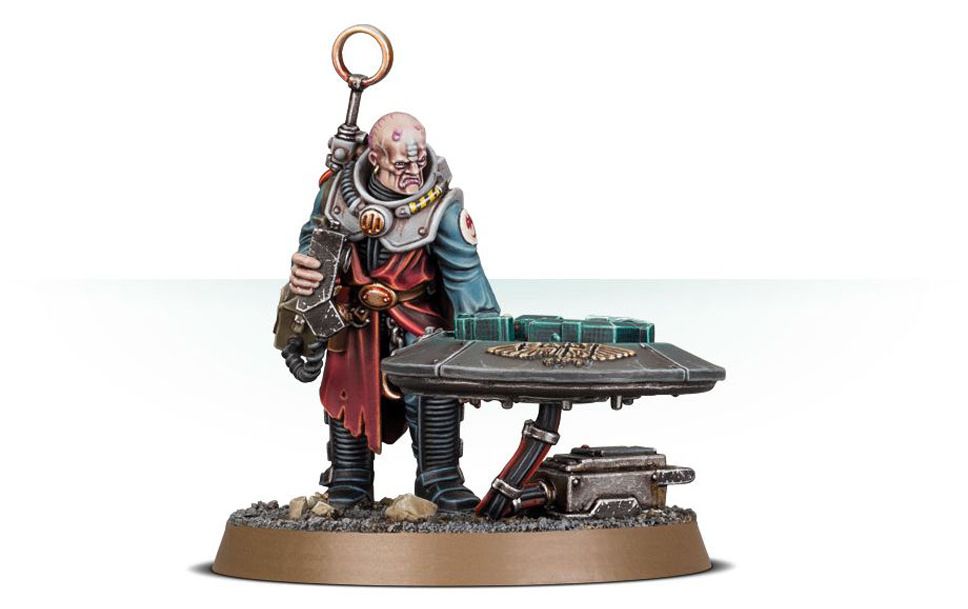 Biophagus is a kind of Apothecary for Aberrants. He can randomly increase either their strength, toughness, or attacks. Once per game – 2 of them. He also has an interesting weapon, that can poison the enemy with mortal wounds, if a special roll is higher than his wound characteristics. So, here they are, interesting rules. We’ve finally got them. 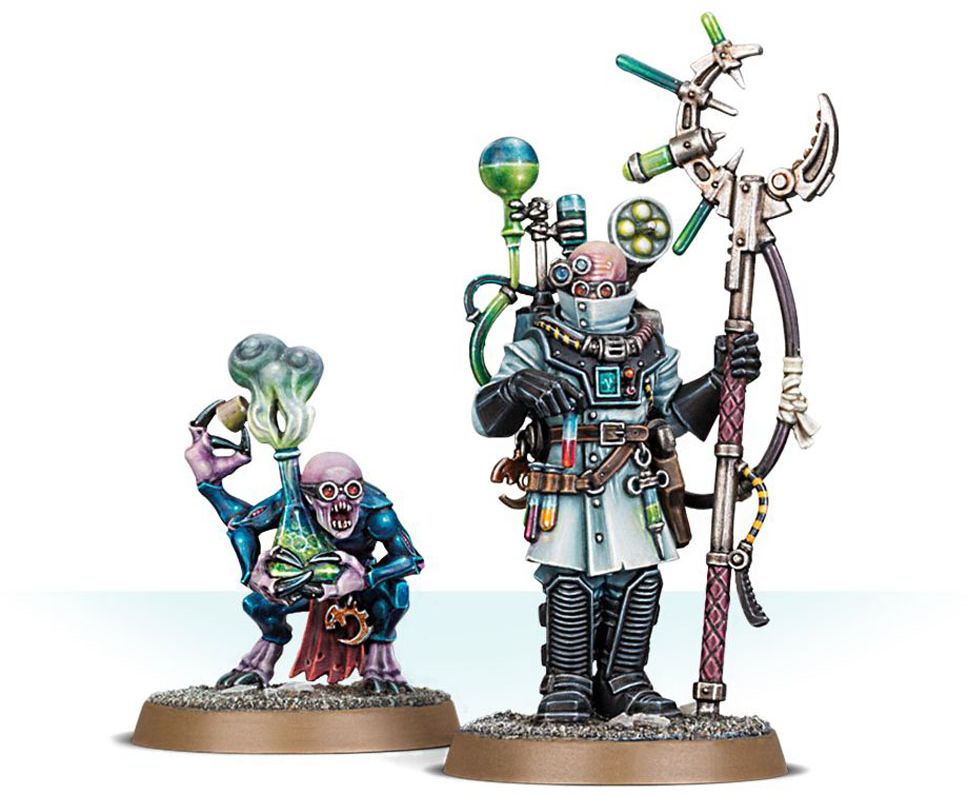 The last of new characters hides in HQ slot – Jackal Alphus. He’s the biker leader, and he also can target characters with a sniper rifle and mark an enemy unit so that the others could have +1 to hit for it. The bikes are extremely tasty in this book. Sure, the new miniatures need to be sold. They have a lot of interesting weapons, both range and close combat, including heavy flamers with 12 inch range, a kind of lascannon, and so on. Also, they have -1 to hit for being agile and fast. (Say hello to spacemarines bikers). Sure, the best weapons are allowed only for the group leader and for Wolfguad on the quadricycle. But the squad is cheap, so you can take as many of these guns as you need. Fast units with nice shooting are always useful. 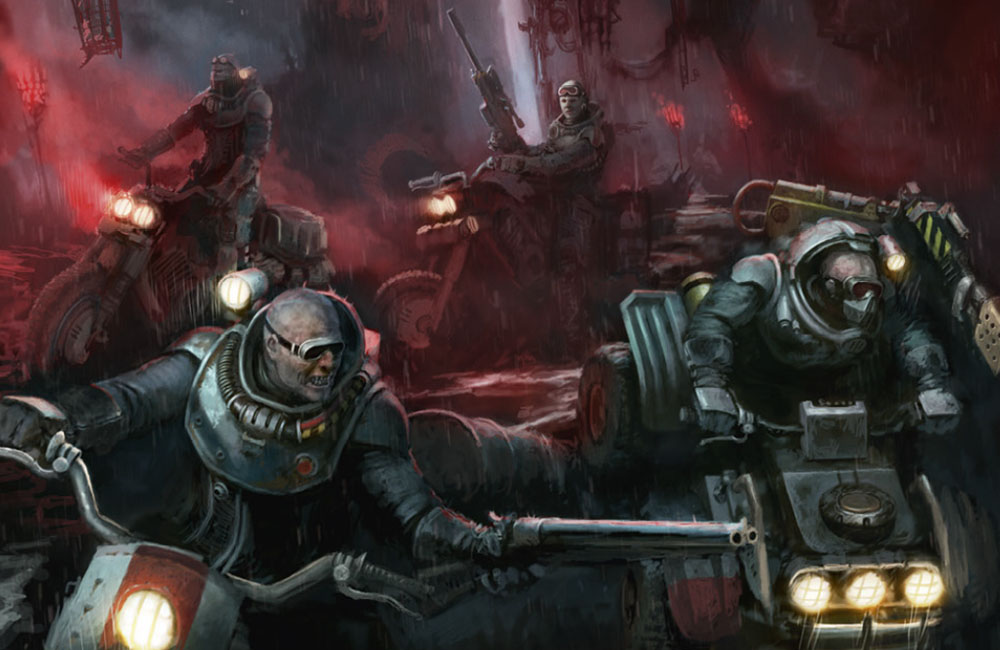 A new car – Achilles is also such unit. Cheap, fast, and the main thing – with a nice weapon range against any type of target. With such units Genestealers Cult can play as a speed freaks army on the wheels. Moreover, there’s a special Creed (local chapter tactics), that lets the bikes to shoot with heavy weapons with no penalty. There’s also the same Creed but for infantry units. 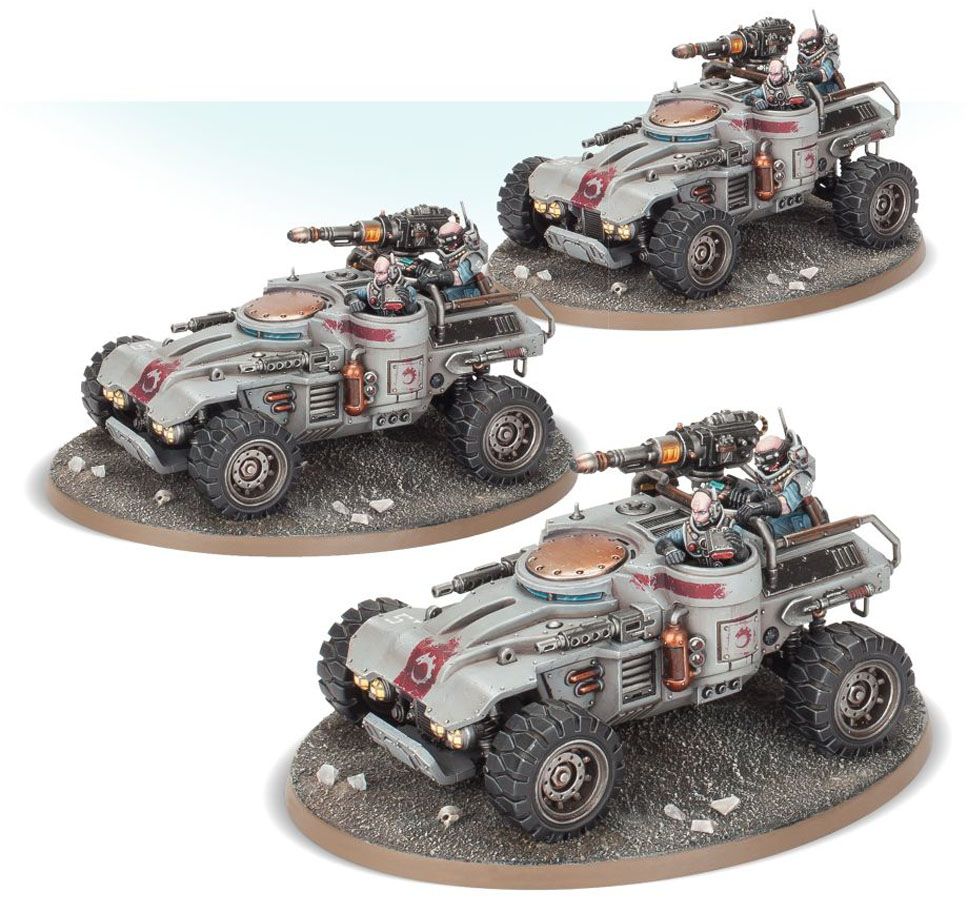 All the Creeds seem balanced, and your choice will depend on the units, you prefer to build your strategy on. If you like shooting – two previous  are for you, if close combat – you can get +1 to strength and +2 to advance, or re-roll of all hits in the turn, you’ve charged the enemy.

By the way, close combat here seems to be the most interesting and useful in the entire game. Almost all your units can go out of reserves, and there are many ways to get charge range bonuses. Also, there’re spells which can forbid an enemy unit to overwatch and make it fight the last. Or, make yours fight the first. Or, you can simply take control of an enemy unit and make it kill itself. So, the success in close combat here is not gained by the quantity and speed, like with orks (works well to them, though), but with combinations, planning and wise use of your abilities. And speed, of course. 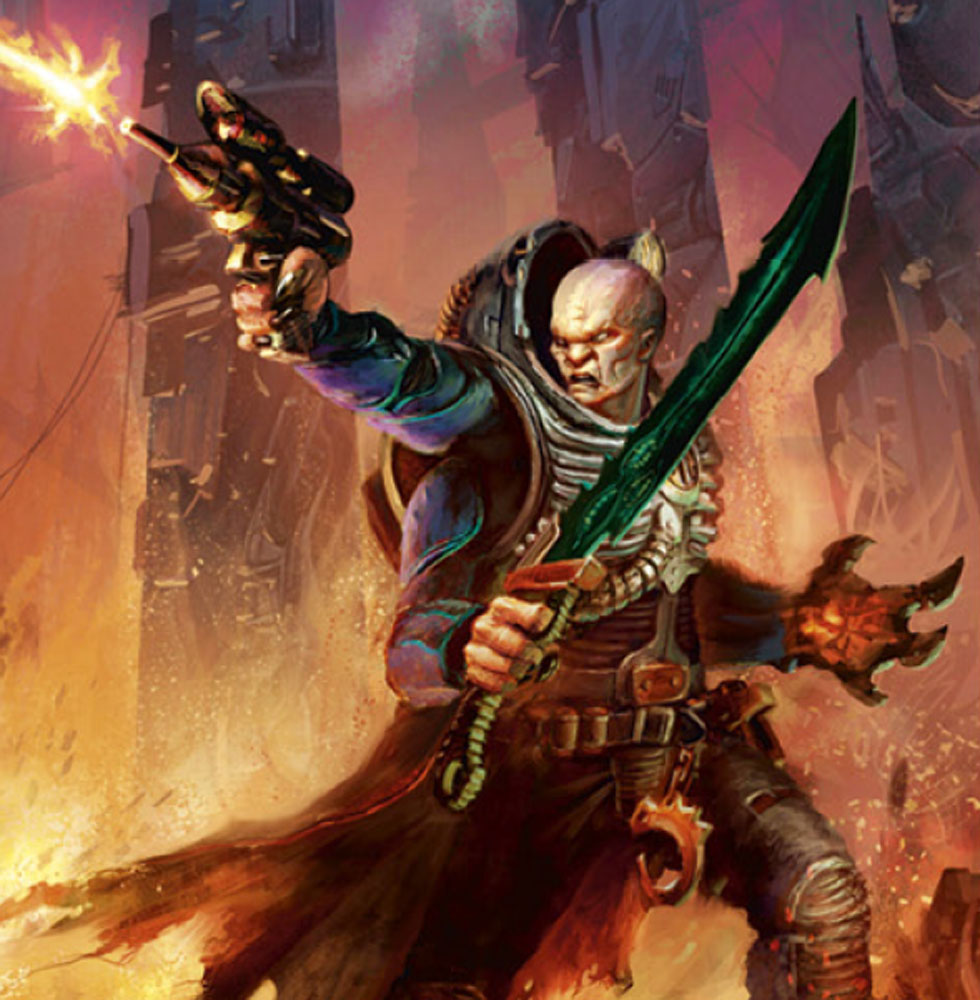 And this refers to all the codex- it forces you to interesting solutions and combinations. Sure, you can take Astra Militarum units, and play dumb stand-and-shoot. But, trust me, it’s the worst thing you can do with this codex. And not very effective. So, the last codex, renewed in the 8th edition seems to be the best one. Which gives us hope to see more of such rules in future updates.