Finally, Forgeworld released official beta-rules for all their Custodes model range in 40K. The standard codex is a bit small, so these new cool miniatures might be useful. Today we’ll check all their rules and see what they can do. Also, it’s a nice guide for all those who don’t know how Forgeworld Custodes look. 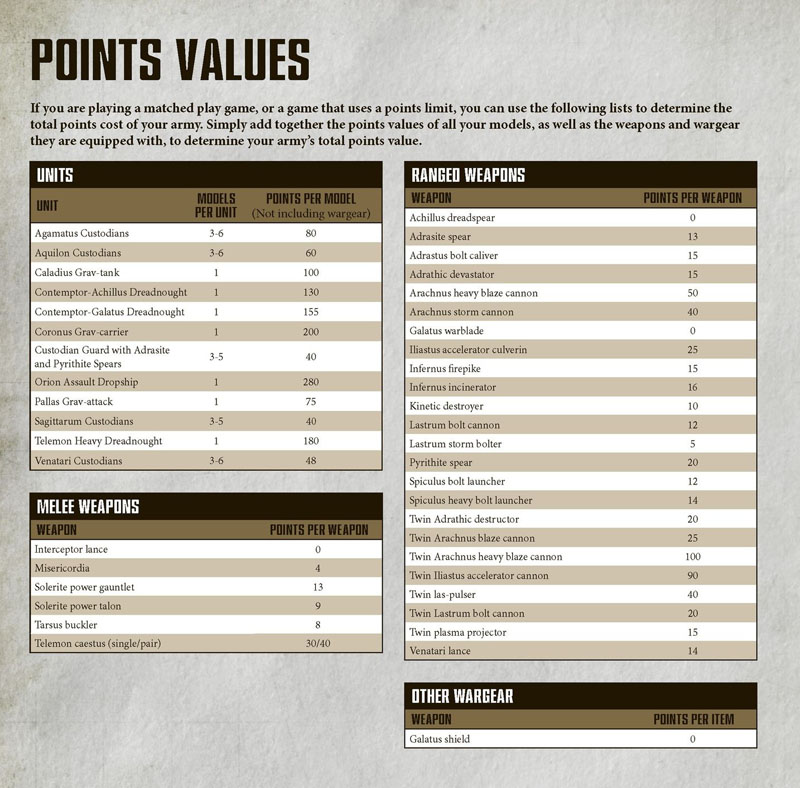 The Guard have, in fact, 2 new spear options. They are the same in close combat mode, like standard Guardian spears, but shoot differently. And here we have classic Forgeworld rules issue – one weapon is much better than another. The only thing, that may force you to take Adrasite spears is their price – 20 pts for their counterparts is too much. Another problem is that there’re enough nice anti-tank weapons in this army, carried by more suitable platforms. So, there’s no use using an overpriced version of the usual Guardians – codex version is still more useful. 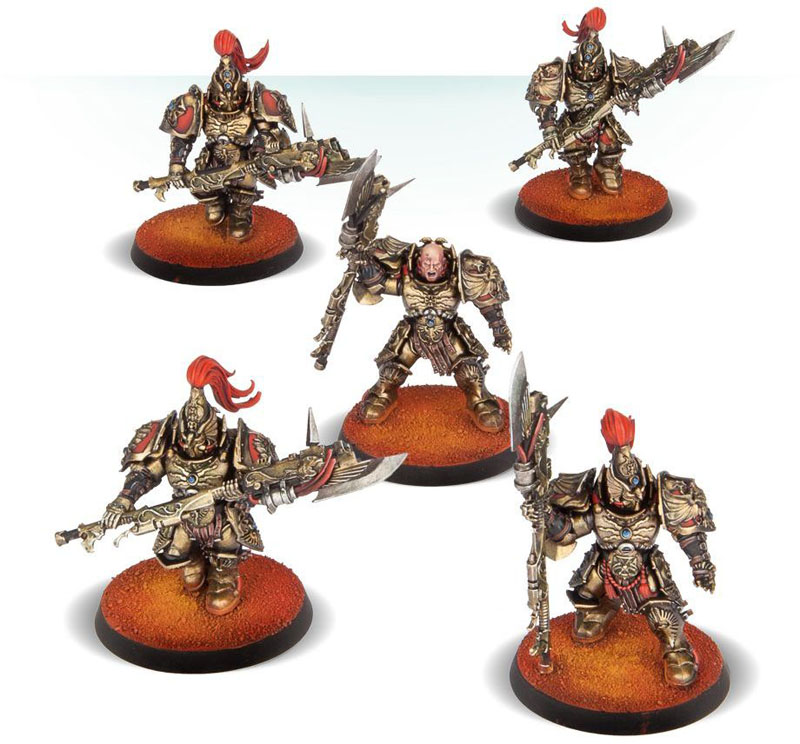 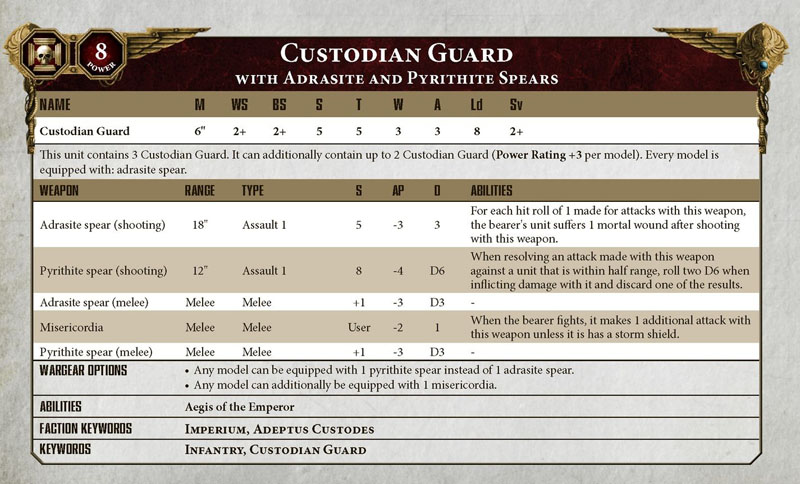 Saggitarum, guardians with bolters, are quite interesting. In fact, each of them is armed with an assault heavy bolter version that can be improved with heating. They could be a great substitution to the usual Guards if they took troops choice, but they are considered heavy support. There we also have many interesting and useful units, so they have some problems with getting onto the battleboard. Taking many detachments in such an expensive army is also not an option. 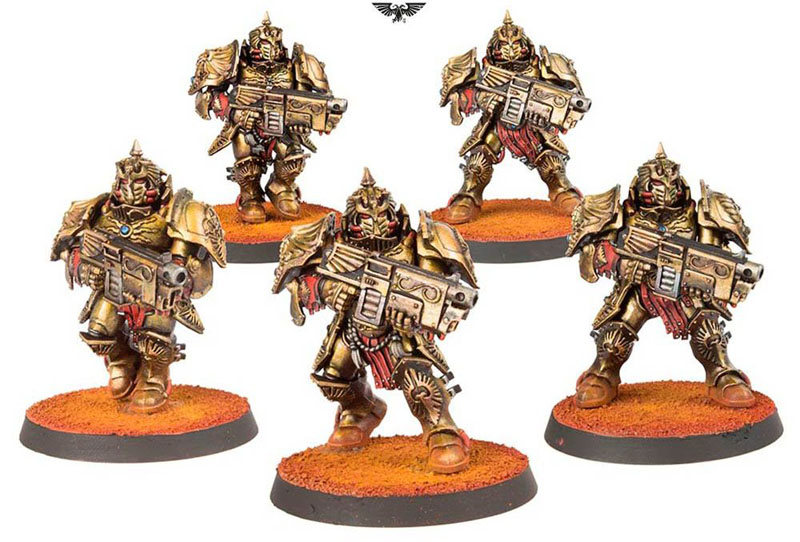 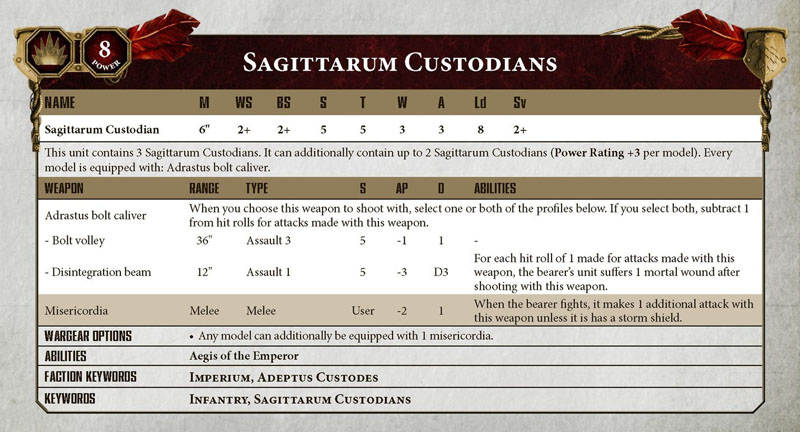 They can be substituted with new jump Venatari. They also have nice range weapons, that are also a pistol, so they can use them in close combat. And sure, they are mobile enough to capture objectives and control the battlefield. So, they are a must-have choice in any army, since they also don’t have any analogs in the codex. 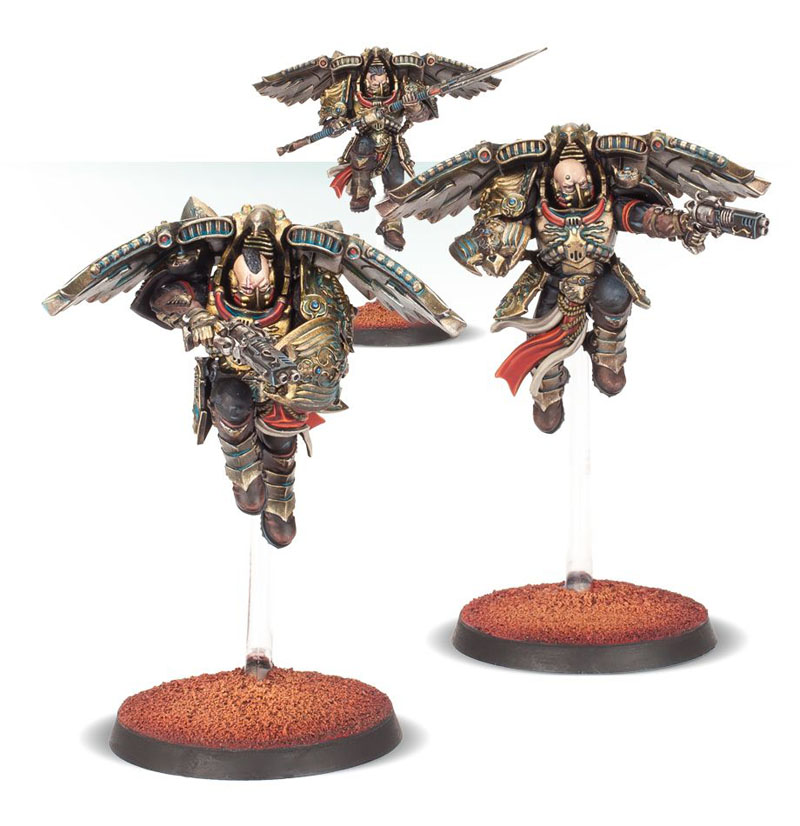 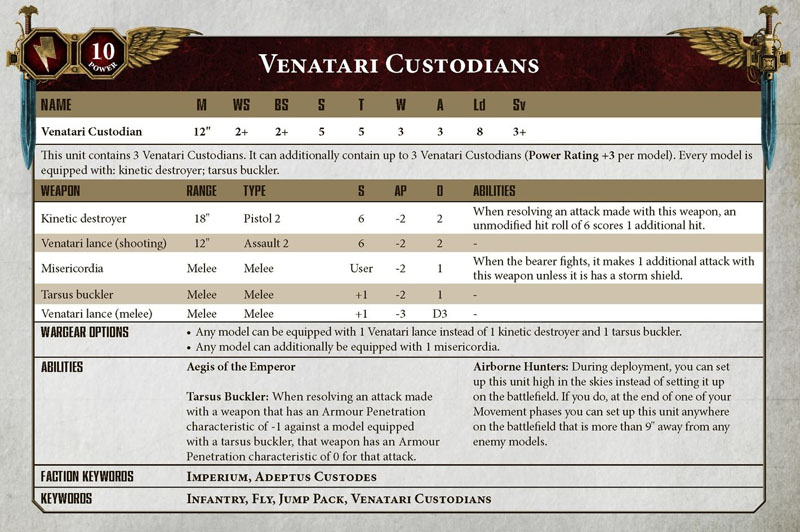 In order to find out whether we need Agamatus bikers, or not, we just need to compare them with codex ones. The stats, rules and the spears are totally the same. Forgeworld bikers suggest a bigger price, but more powerful bolter with fewer shots, or weird plasma analog, which can hurt you on the roll of 1. Both weapons are heavy, so you will have a penalty for hit roll. This makes Vertus Praetors from the codex a better choice. 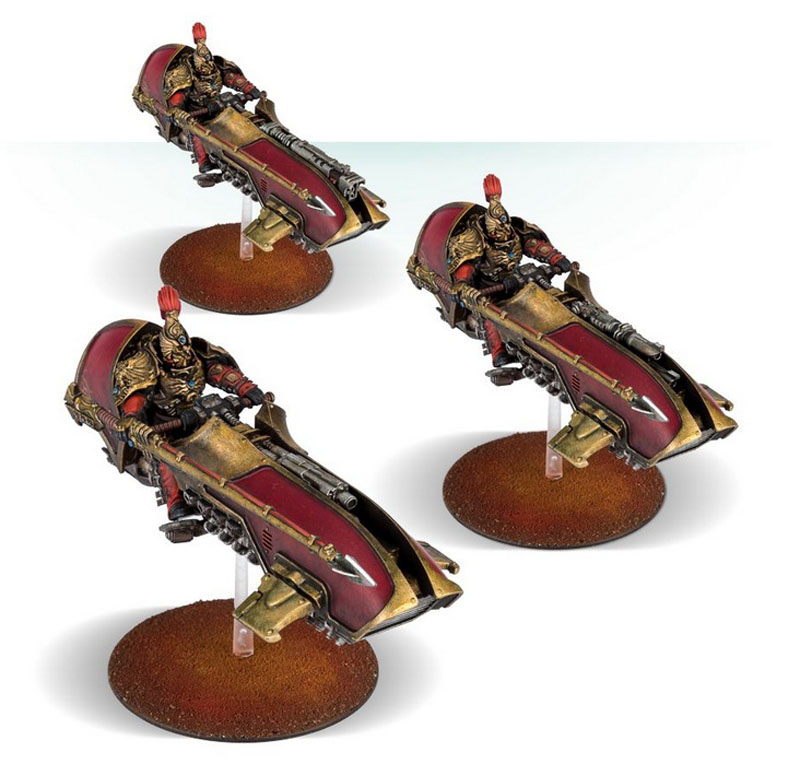 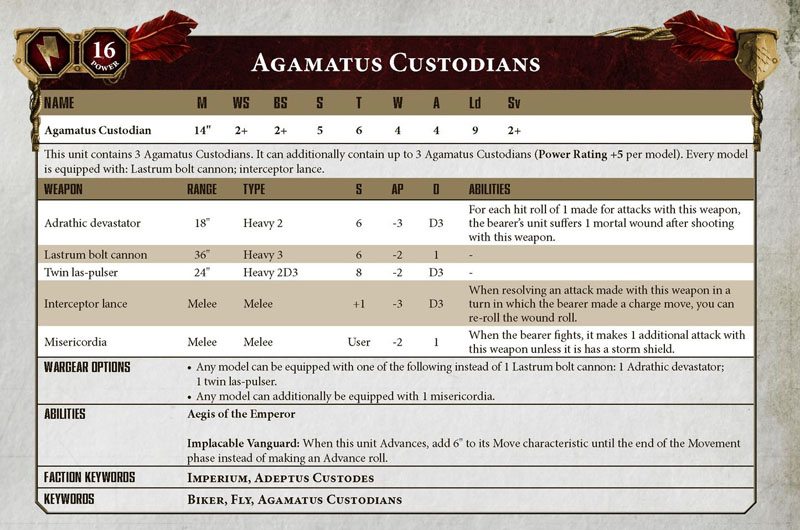 The same comparison with terminators. Here Forgeworld Aquilons look better. With the same stats, they can take great flamers with 12-inch range (so, they can fire after deepstrike), and powerfists with no penalty. Considering that codex Allarus cost more for the base model, the price difference is minimal, while there’s significant supremacy in firepower. Also, Forgeworld models here look more interesting. So, no reason to ignore these guys. 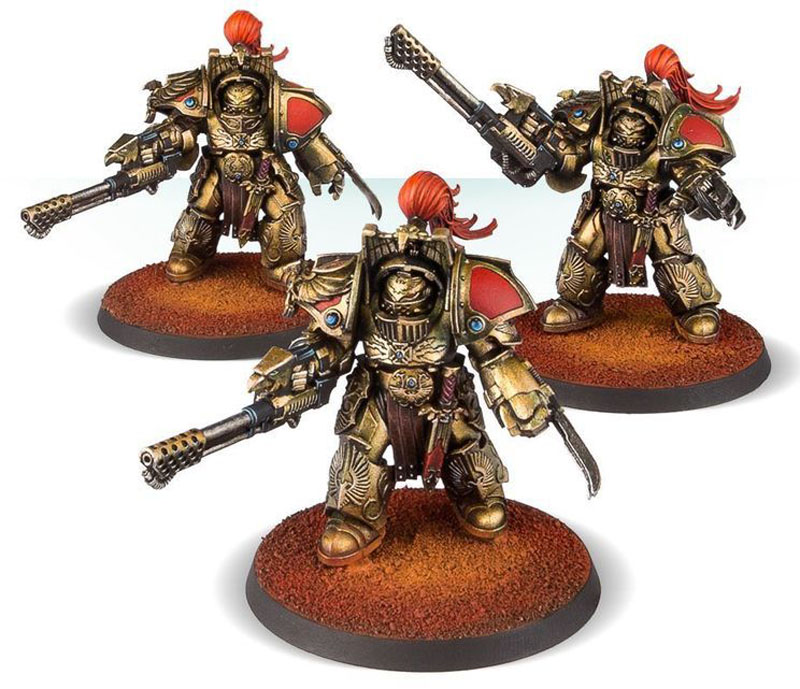 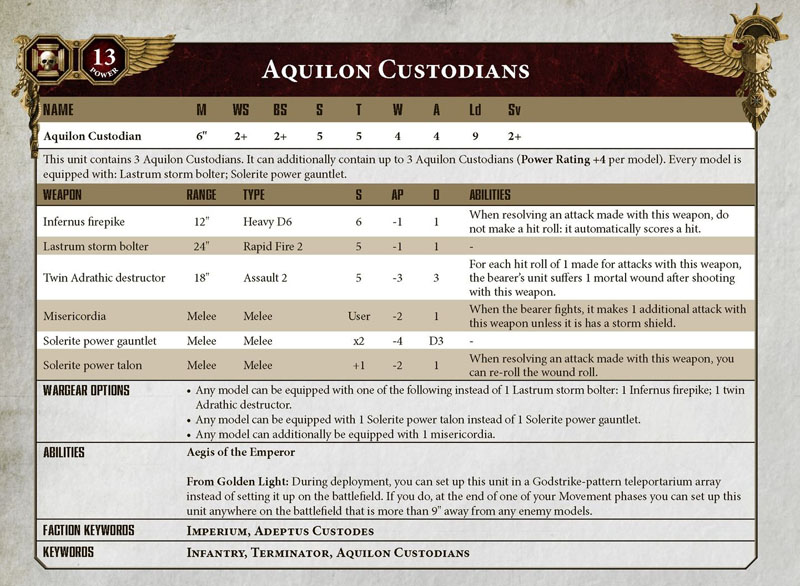 Here we also have 3 options of dreadnaughts: Contemptor with spear, Contemptor with sword and shield, and the favourite guy for all heresy players – Telemon. He’s ultimately cool, nonetheless costs much. You don’t even need to change stock Arachnus Storm Cannons. They make him an ultimate threat both to vehicles and to elite infantry. Also, he has bolters, shooting 10 times if doesn’t move (actually, he doesn’t need to), so the problem of hordes is also solved. Caestus looks tasty, but this guy has too few attacks and won’t get to the enemy being focused with fire. And he will be focused with fire, since he’s a very dangerous target indeed. 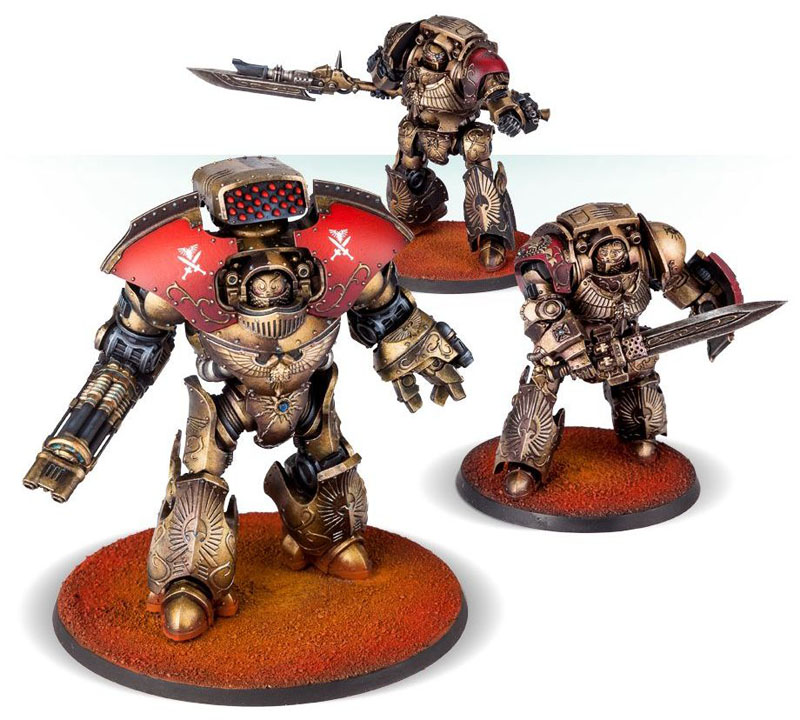 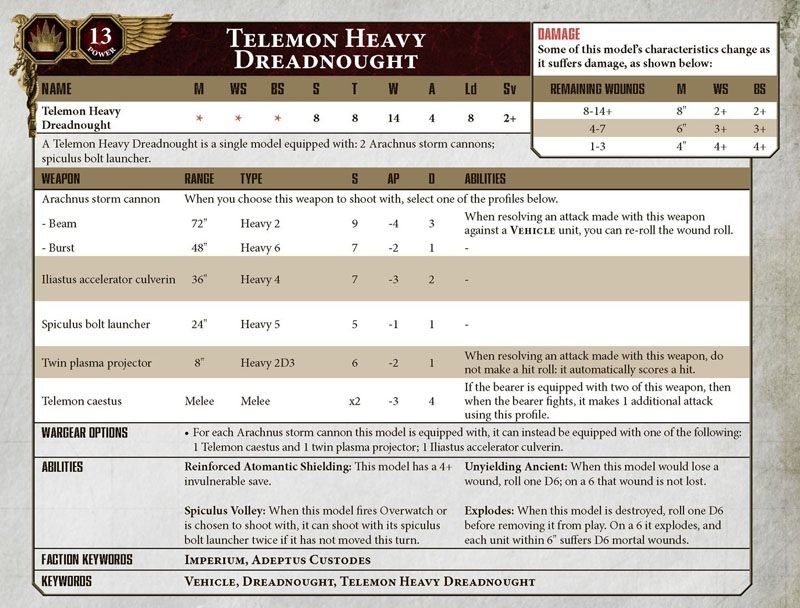 If you lack points, but still want a dreadnaught, take Achillus -the one with a spear. It’s a mistery, how his sword-shield counterpart should be interesting for the players, if this guy is equally good in everything. The only thing, he has 5++ instead of 4++, but your roster will have many other dangerous targets, so he has a chance to get close enough to the enemy. Sure, all 3 are way better than a codex dreadnought, so you won’t take him anyway. 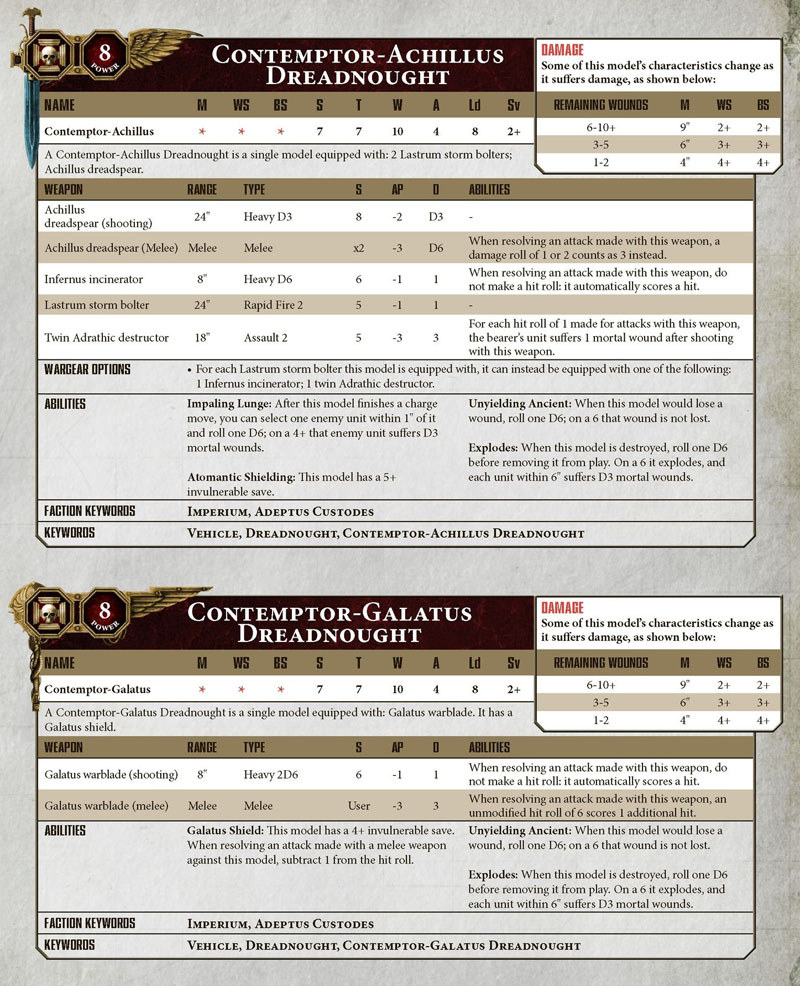 The vehicles choice is a bit weird. We have Pallas – cheap light fire platform, with decent cannon, which can be taken to any roster for mobile support. It’s nice that all tanks ignore penalties for moving and firing heavy weapons.  Everything is clear with this guy. 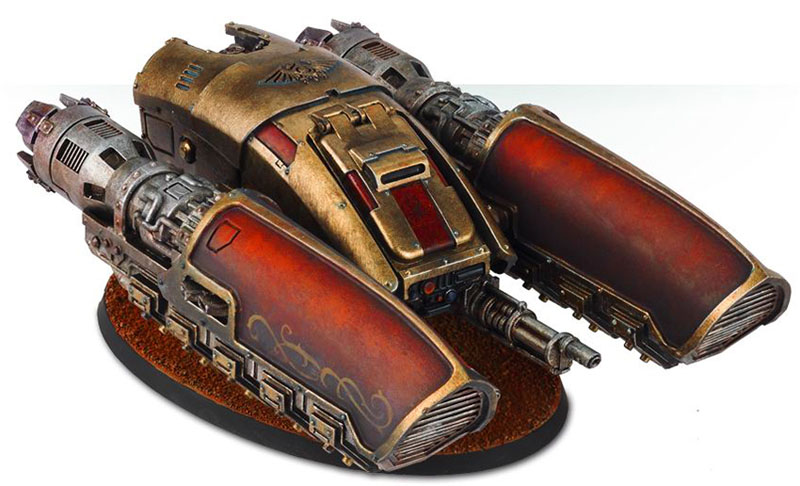 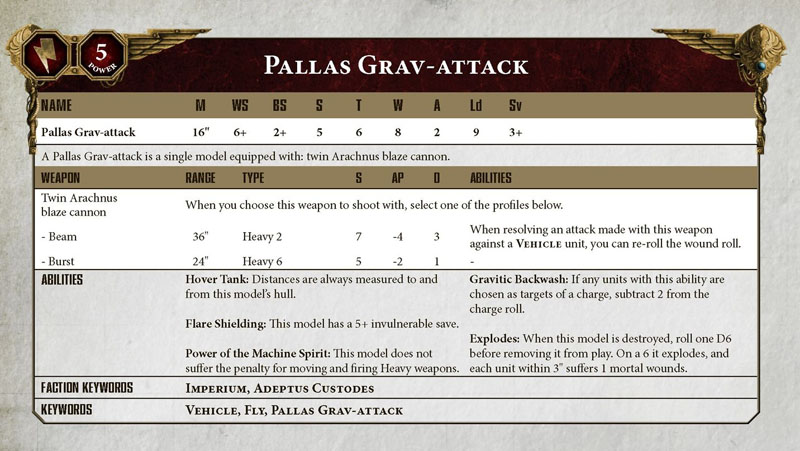 But there’s an issue between Coronus and Caladius tanks. The first one is much more durable, has very powerful cannons, and can carry 6 infantry models. The second one has the same cannons, but with more shots, doesn’t carry anyone and has weaker armor. 4 extra wounds and 1 extra Toughness never hurt anyone. 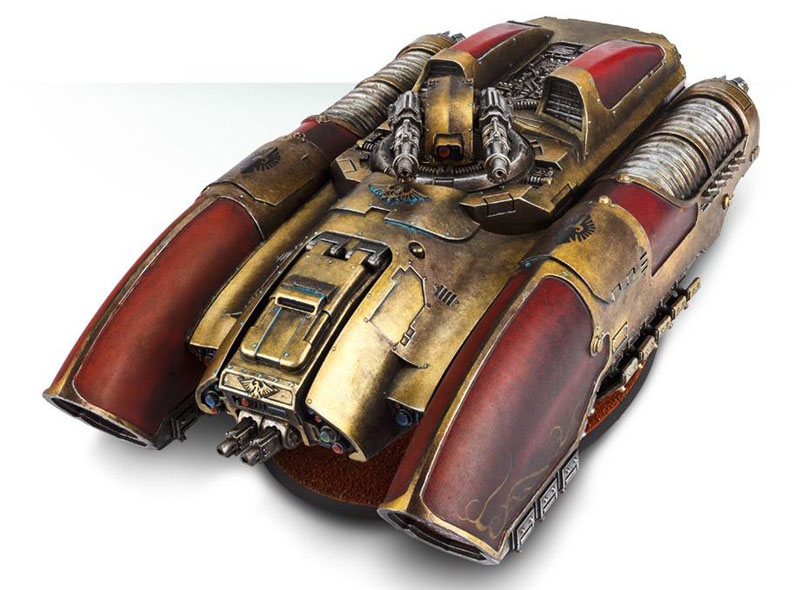 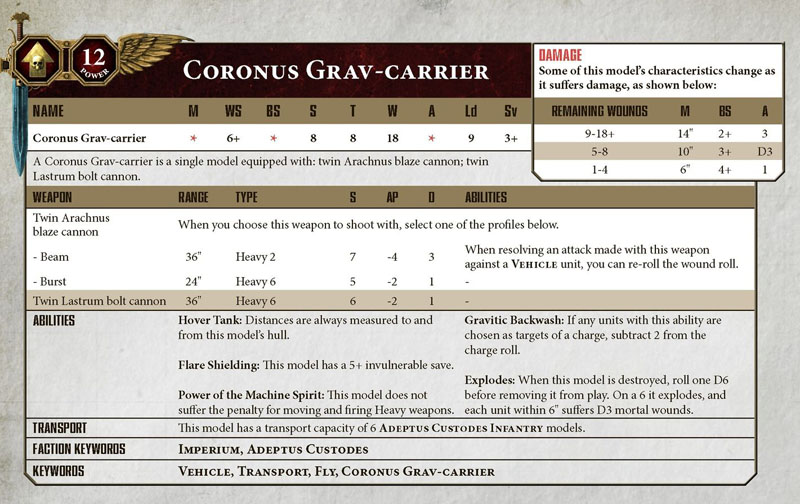 So, it seems, that if you’ve taken Coronus, you don’t need to use the second tank. And if you don’t have anyone to transport, and enough points, there’s no need taking Coronus, since some smaller tanks will do the same job, but make more targets for the enemy. 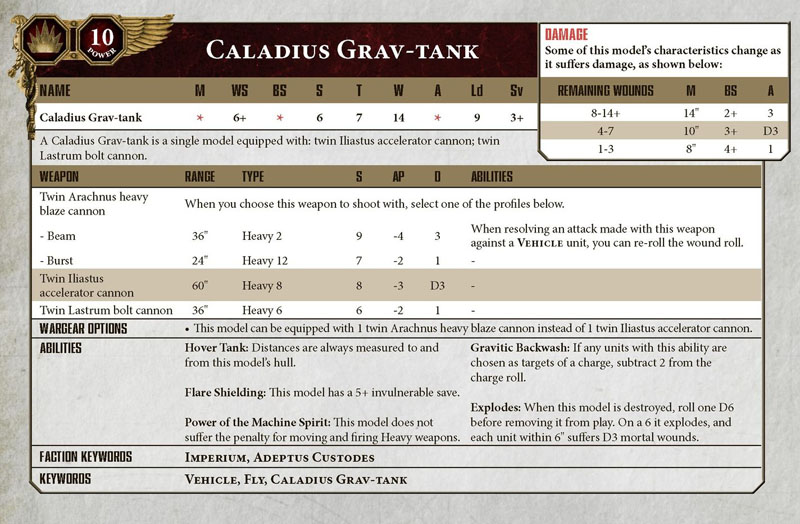 Also, if you want to transport someone, and enough points and money, it’s better to get a dropship, which can also carry a Contemptor. It’s enormously expensive but the plane itself has great weapons, and almost impossible to kill. So, if you’ve bot this giant piece of resign, no one will stop you from taking it into your roster. 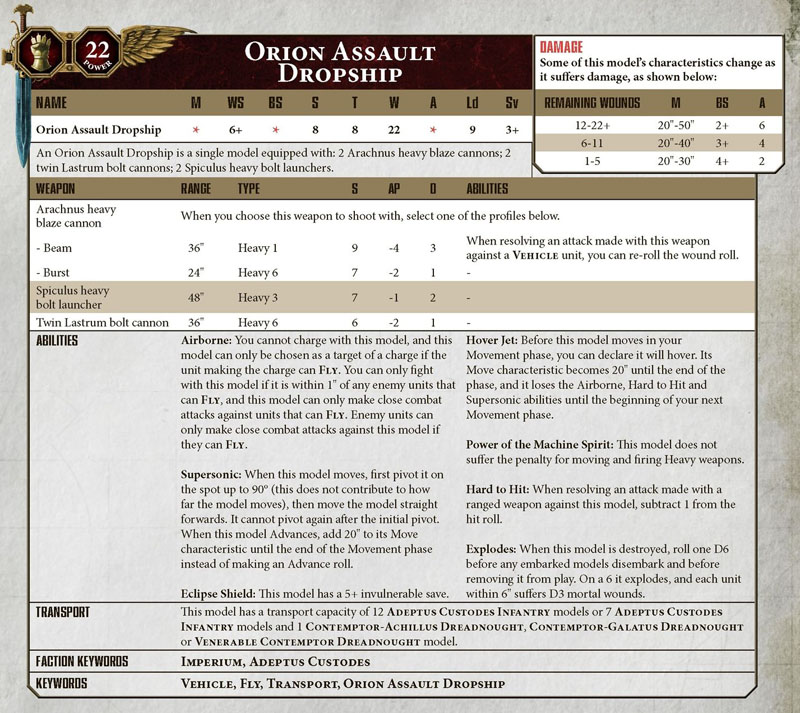 In general, most new units look fine. Not all of them are good enough to substitute plastic codex models, terminators, jump Custodes, dreadnaughts and tanks will appear quite a useful addition to your army – we really lacked them in the main codex. So, it’s worth testing.