Last week we talked about small factions, and now we will get acquainted with one of them closer - the codex of the Death Watch is released.

In general, this is an army for customization fans. If you did not like the fact that most Space Marines in the unit carry the same weapon, and look almost the same, then here you can release your imagination. The main feature of this army is customized units. You can add terminators, bikers, or guys with jump packs to classic five veterans in any combination. Moreover - you can equip each model in its own way. Great scope for creativity and conversions. 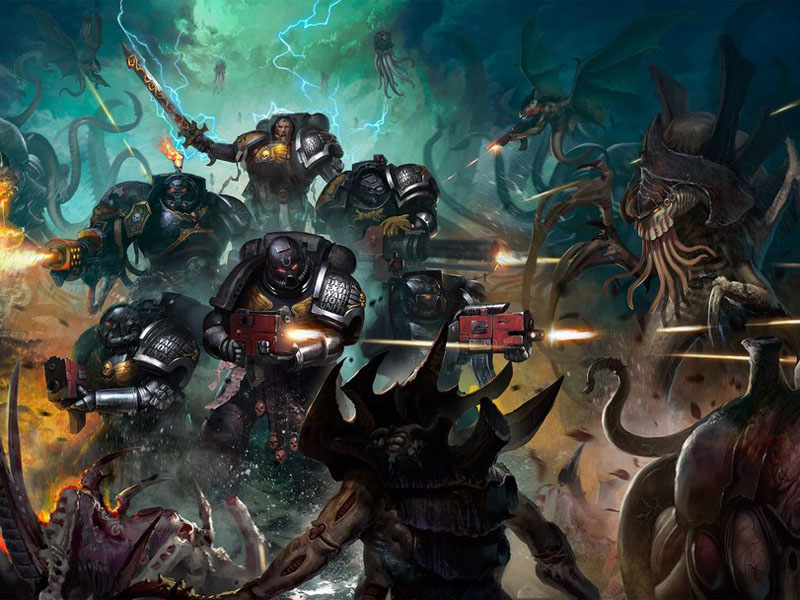 In contrast to the old codex, now each new model gives the unit its own special abilities. The presence of a terminator makes the unit fearless; Black shield allows you to make a Heroic Intervention like a character does; biker and packer allow you to charge and shoot after falling back respectively. 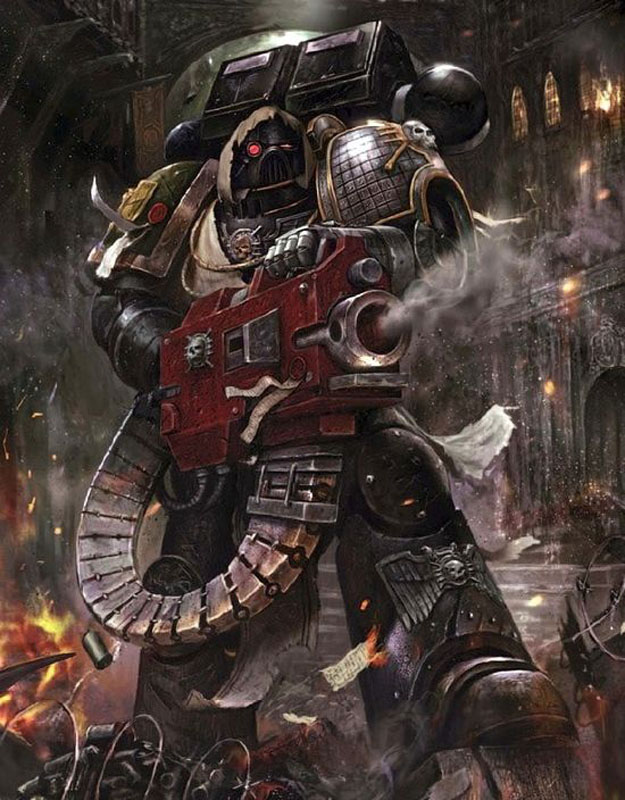 Sure, the new codex could not ignore primaris marines. You can also add any models of non-character primaris to five mandatory Intercessors. Unlike regular Space Marines, no special weapons are presented here - all primaris take only what could in the vanilla codex. And also, special rules from single models apply for a whole unit. It is possible that the idea of collecting a detachment of primaries-watchmen will force you to start playing this faction. 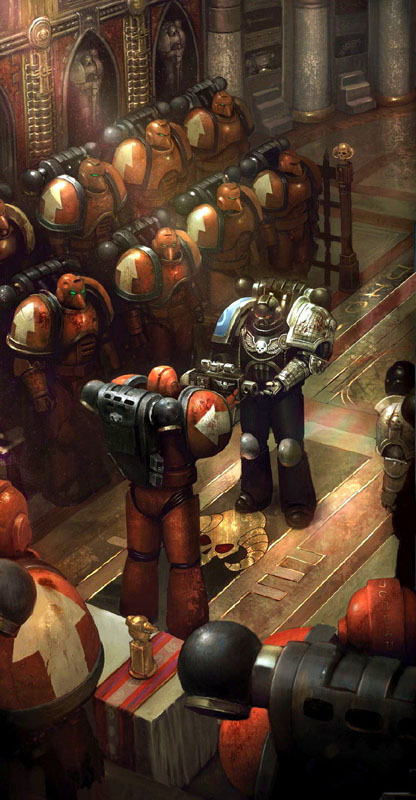 By the way, this makes the starters of the 8th edition an optimal choice for those who want to start playing Death Watch - you can easily assemble a playable roster for a small format, mixing all the units represented there. The only sad thing is that the primaris still can’t get into normal transport, and you will have to buy Repulsor. However, there are some instruments to bring some units via deepstrike. 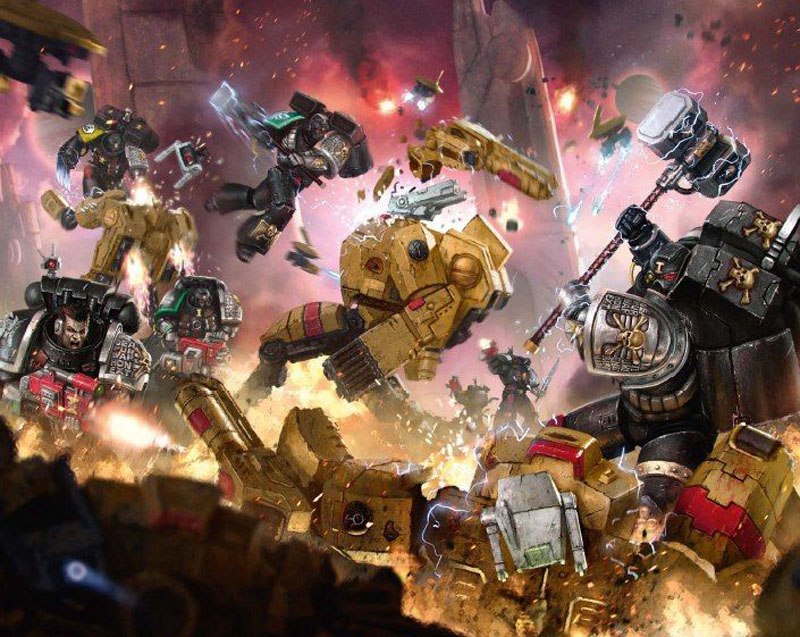 Since it comes to individual wargear, it is extremely important how powerful your weapons are.  In general, it has not changed in comparison with the Index - only prices remained at the level of Chapter Approved. Frag cannon is still very good, and veterans can take heavy thunder hammers - an infernal weapon of destruction with D6 damage. You can also use special issue ammunition for most of the bolter weapons. Given that primaris bolt weapons are more powerful than usual ones, you can easily do without expensive guns in a number of situations. It's a pity, only, that for some reason the Aggressors don’t have such ammunition. 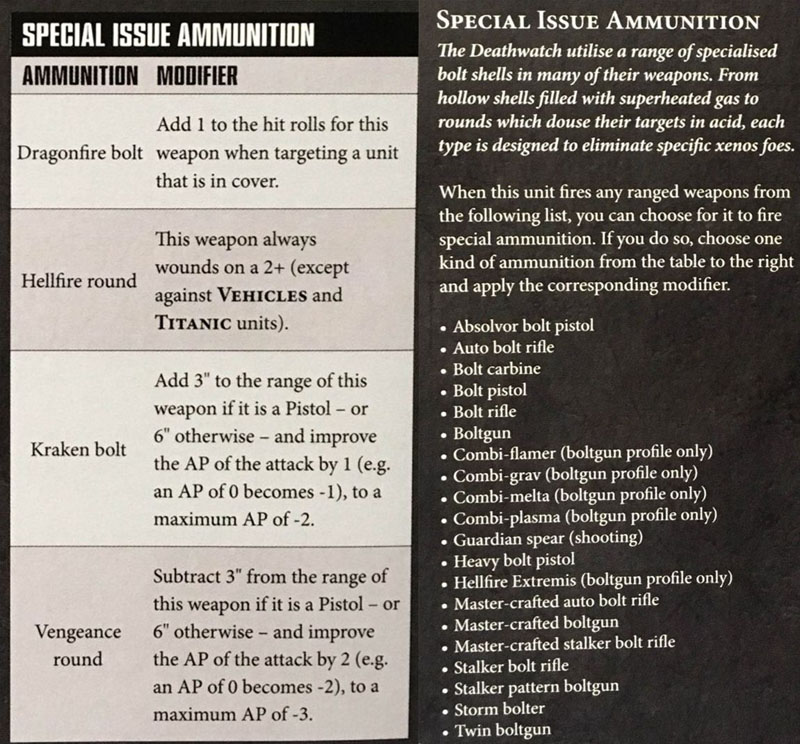 It would seem incredibly cool - a very powerful weapon in any combination. But you have to pay for this with points, and this is one of the main problems of the codex. For a format of up to 1500 points, you will have about a couple dozen models. Certainly, dangerous, but often simply incapable of killing all enemy models. And having met an army like Dark Eldar, you will simply run out of the Watchmen by the second turn - elite, or not, these are still Space Marines - not the most tenacious models in the game. Even stratagems and artifacts won’t help. And by the way, what’s about them? 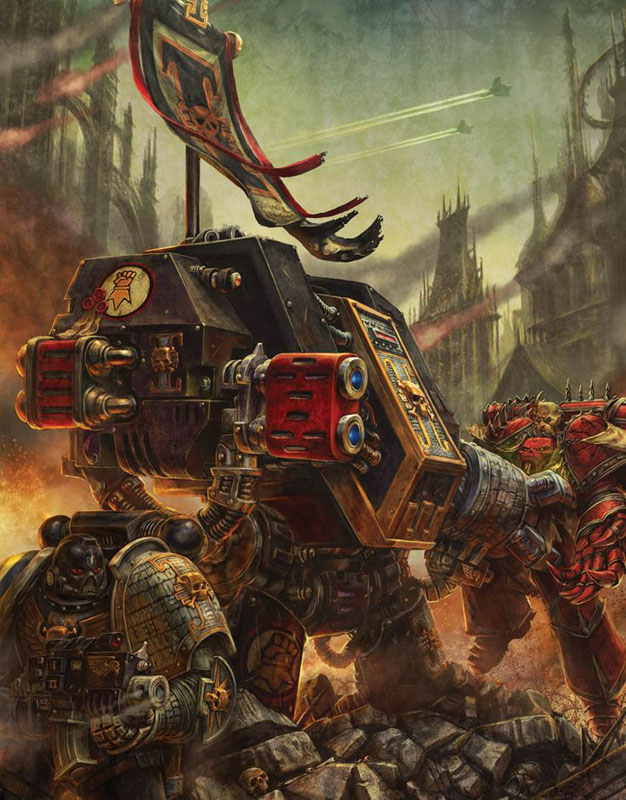 Most of the stratagems are similar to the ones in the vanilla codex. Another part allows you to switch tactics. Before the game starts, you can choose the type of units (troops / elite, etc.), against which you will have reroll of 1-s to wound. It is quite logical that some abilities allow you to adapt it to the current combat situation. Considering the fact that this, replaces chapter tactics, and that you don’t have lieutenants and Guilliman, this can be useful. Although, not enough to break the game – more like a pleasant bonus.

Much more interesting are those stratagems which are aimed against xenos factions. For example, you can degrade the Necrons resurrection protocols, remove the Tau markers from a unit, target the synaptic creatures of Tyranids, or lower the Orc's charge range by the number of wounds inflicted during the overwatch. 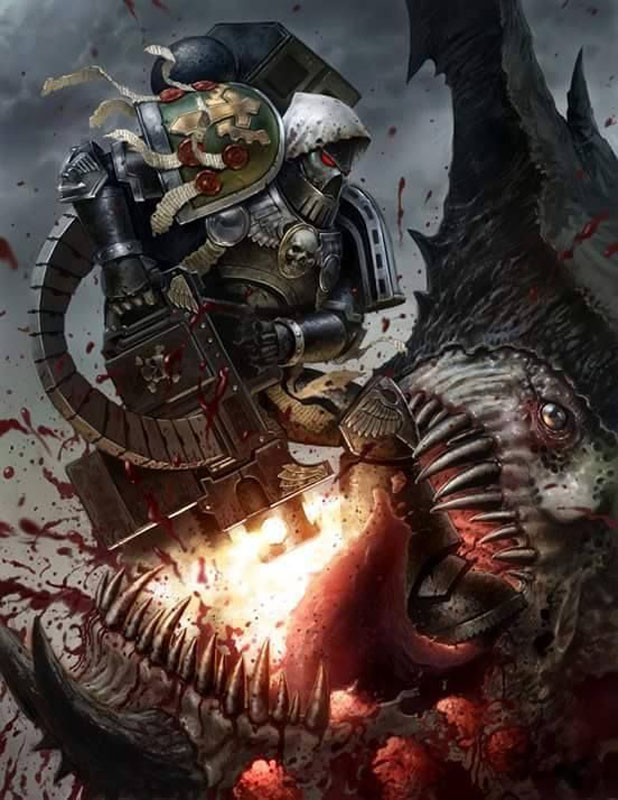 The magic is the same as in the vanilla codex, and it's not bad at all since, you have the opportunity to turn off the invuln - considering a large number of weapons with a high AP, this can be truly devastating. 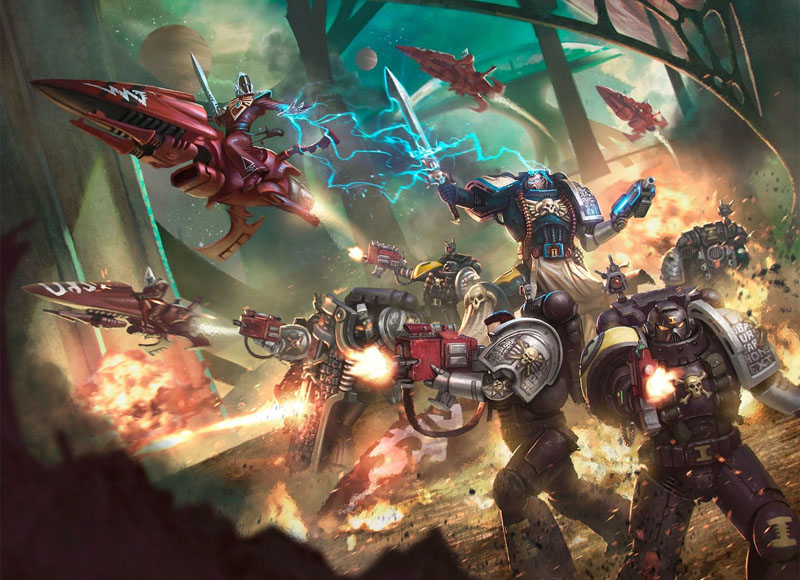 In general, there seems to be a fairly obvious tactics - you, in essence, play Space Marines in Eldar style - the main task is to cause maximum damage before the enemy destroys your small strikeforce. The possibility of full customization sounds very interesting, but everyone understands that the variety of wargear and combinations is likely to quickly reduce to the hellblasters under different sauce and the maximum number of frag cannons. Units with various wargear, of course, look interesting, but everyone understands that they lose in efficiency compared to the ones sharpened to one weapon. 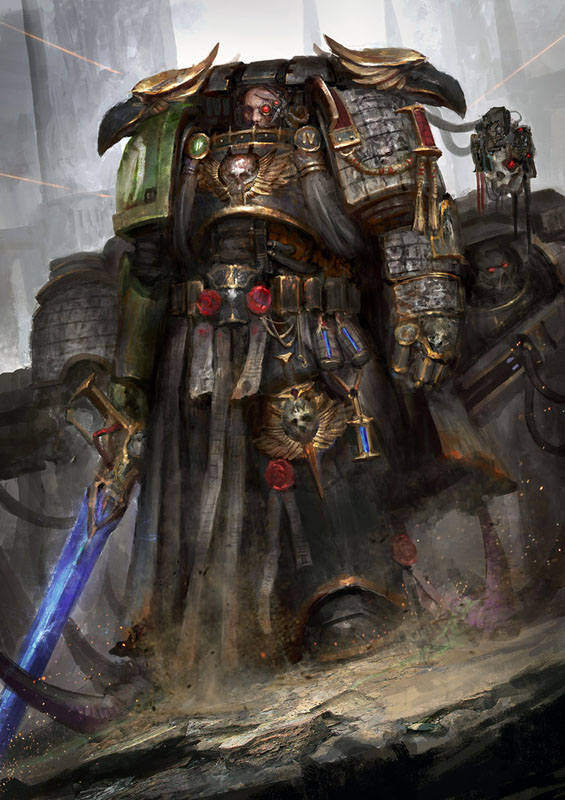 The codex leaves an impression of haste - too many things copied from the vanilla Space Marines. And we all know how monotonous and uninteresting they are now. Here you will find a little more variety because of adaptive tactics and mixed units, but, in general, the game for the Death Watch will be very quickly reduced to a limited number of solutions - with such high prices this little army is very difficult to maintain effectiveness. Perhaps, fans of background and small formats will find here everything they need. However, in a competitive game, this codex will most likely be outperformed even by the standard Space Marines, not to mention such powerful xeno-races, like the Dark Eldar, and Tyranids.