Narrative Play got the biggest additions, so we’ll talk mostly about it. For Open Play, we have a looted wagon builder and custom characters mechanics. Matched Play got a new mission – both Eternal War and Maelstrom. Quite unusual and interesting ones – you should definitely try them. But the most important thing is now in all the missions, EACH player can get the First Blood points if he kills an enemy unit during his first turn. It’s quite logical, considering the domination of range armies, that almost 100% kill something if they have the first turn.

And Narrative Play got Cities of Death mode, which used to be a separate book in previous editions. Here it includes many new rules, which would be a great addition to ALL the game modes. They really make the game closer to the old editions and add tactical depth instead of just rolling dice with re-rolls. 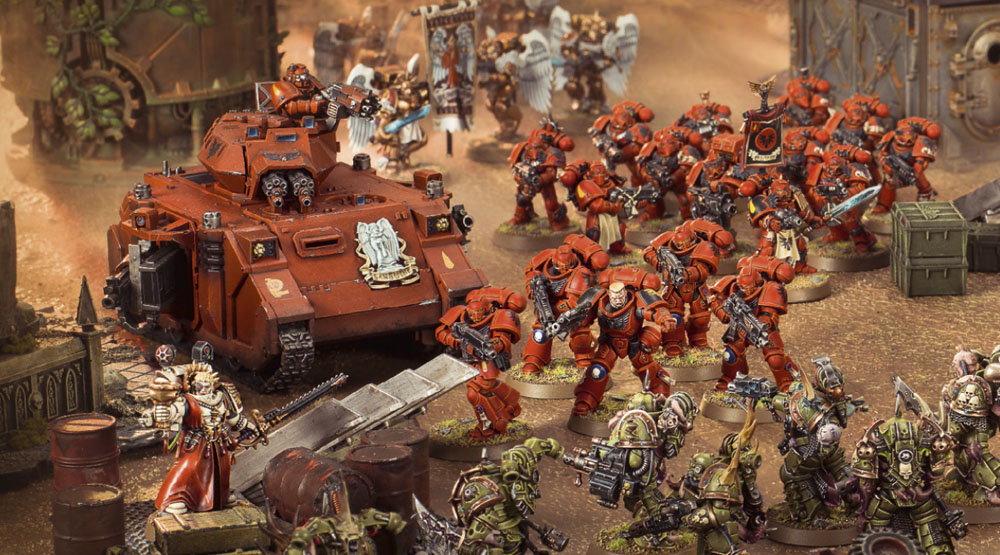 Firstly, it includes improved cover mechanics. All units, which models are at least half obscured from the shooter, are now protected with -1 to hit penalty (for the shooter, of course). Also, we still have save bonuses. But now all covers are divided into soft and hard ones. So, you can get +1 or +2 to your save roll. There’s only one limitation – if your unit already has the bonus for a cover save, it can’t become more than 3 altogether. But this is quite enough anyway. By the way, all the abilities, that ignore cover, don’t ignore -1 to hit penalty for the obscured models. But there’s also some good news for the shooters – to hit roll of 6 now is always successful, no matter what modifiers you have.

All these things significantly limit range armies and improve the role of close combat. Now it’s more real to get a squad out of the building only by coming closer. The role of buildings and ruins also improved – now they can really save your life, and it’s important to take and hold a position inside. If it’s still not enough, now all the units, that fire at the enemy, who is at least 3 inches lower, get +1 bonus to their AP. So, even a tactical squad of space marines can now hold an important position for a decent time. 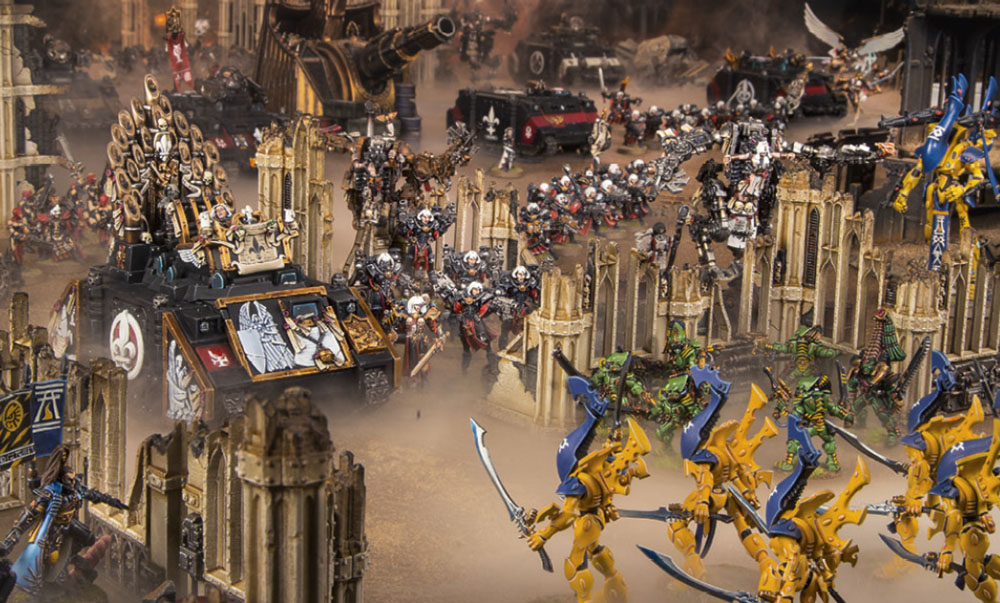 Sure, there’s a small issue – doesn’t it make stand and shoot tactics even stronger? Now it’s quite a task, to take Fire Warriors out of the building – they will fire at you quite effectively, while you approach. That’s why these rules are placed in the Narrative section – there you can try them without breaking the whole wargame. Hope, these rules will prove effective and expand to all the game. 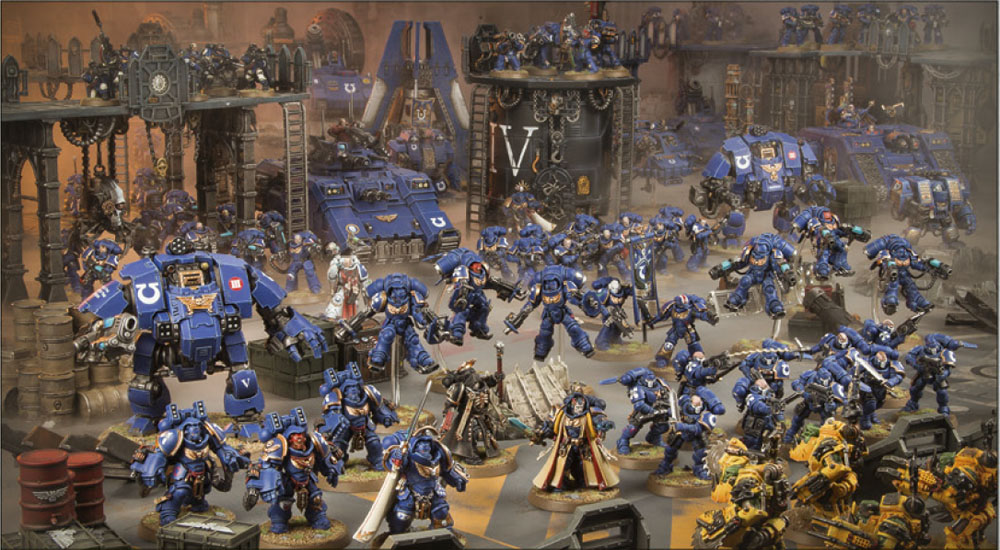 But changes in ruins section are not all, that we have. Terrain rules are slowly getting back. Now we have dangerous terrain (d6 for each model – mortal wounds on 1), and roads, that speed the units up to 3 extra inches. All the special objects that you could find in official sets now also have special rules. More things to remember, but definitely a more interesting game.

Also, don’t forget that Cities of Death mode also includes special stratagems, that allow you to ambush buildings more effectively, place mines and call a bombardment. Also, here we have night and reserves right from the previous editions (they initially were in the narrative section, but still), and 3 totally new game mods. 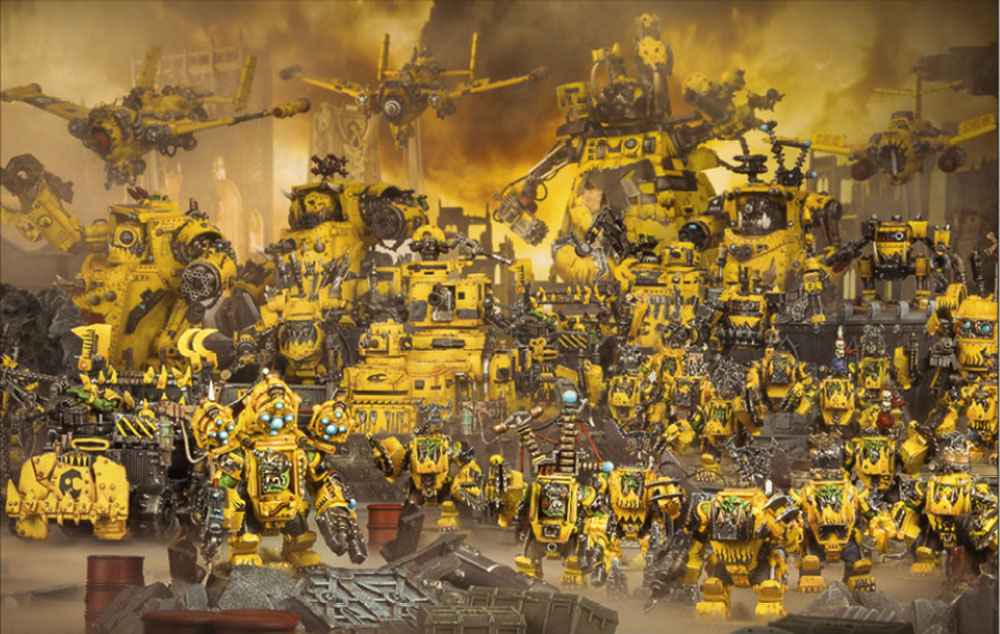 These are special combat conditions. The first one – Infection adds some neutral units onto the battlefield. They attack closest units of both players and protect objective markers. By the way, it’s also suitable for matched play. There is a list of recommended units like genestealers, poxwalkers, etc., but you can even make a mad hellbrute horde, rampaging through the city.

The next two modes reflect each other. You can play in a burning city, where the buildings randomly ignite and the fire is getting worse each turn, conflagrating the nearby ruins and pushing the units out of the buildings. The burning ruins are covered with smoke, so you can’t see through them. Moreover, there are two special stratagems, which let you set the new fire, or extinguish the existing one. How does it sound?

The Pollution mode forces you to enter the buildings since there’s toxic rain outside, that lowers everyone’s toughness. Unless you are a vehicle with T7 or more. However, the buildings are also damaged, so all the ruins are considered a dangerous terrain. And if you decided to sit still in your deployment zone and shoot the approaching weakened enemy, there’s bad news for you – all weapons ranges are halved because of the intensive rain. Sure, you can use a special stratagem to fire at a full distance, but this way you will only hit on 6. 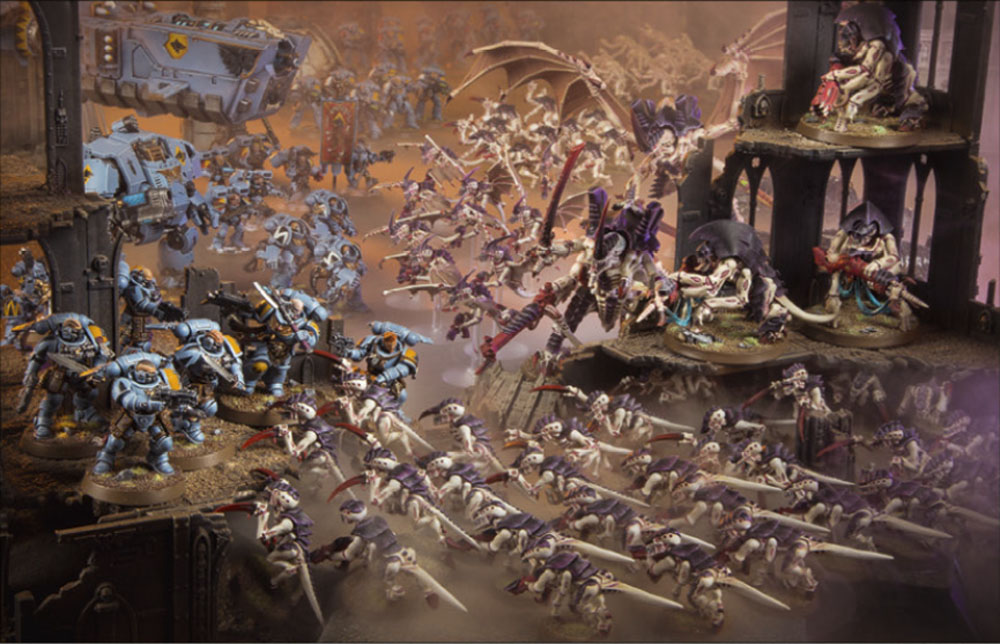 As you see, a Narrative Play became really interesting. Also, there are 6 special missions – all with unusual deployment and attacker-defender choice. It’s not likely to be seen at sports events, but luckily Warhammer is not limited to them. These rules can and must be used for your games with friends. They change the balance and make you think differently, changing the tactics each turn. And this is what we really missed in this edition.