We carefully studied the new Beastmen battletome and now are ready to share our impressions.

To the great regret, the whole army consists of old miniatures. And you will need a lot of them. Most units are not very durable and rather weak. But they are cheap. 40 Ungors will cost only 200 points. Therefore, be prepared to buy and paint all this horde. 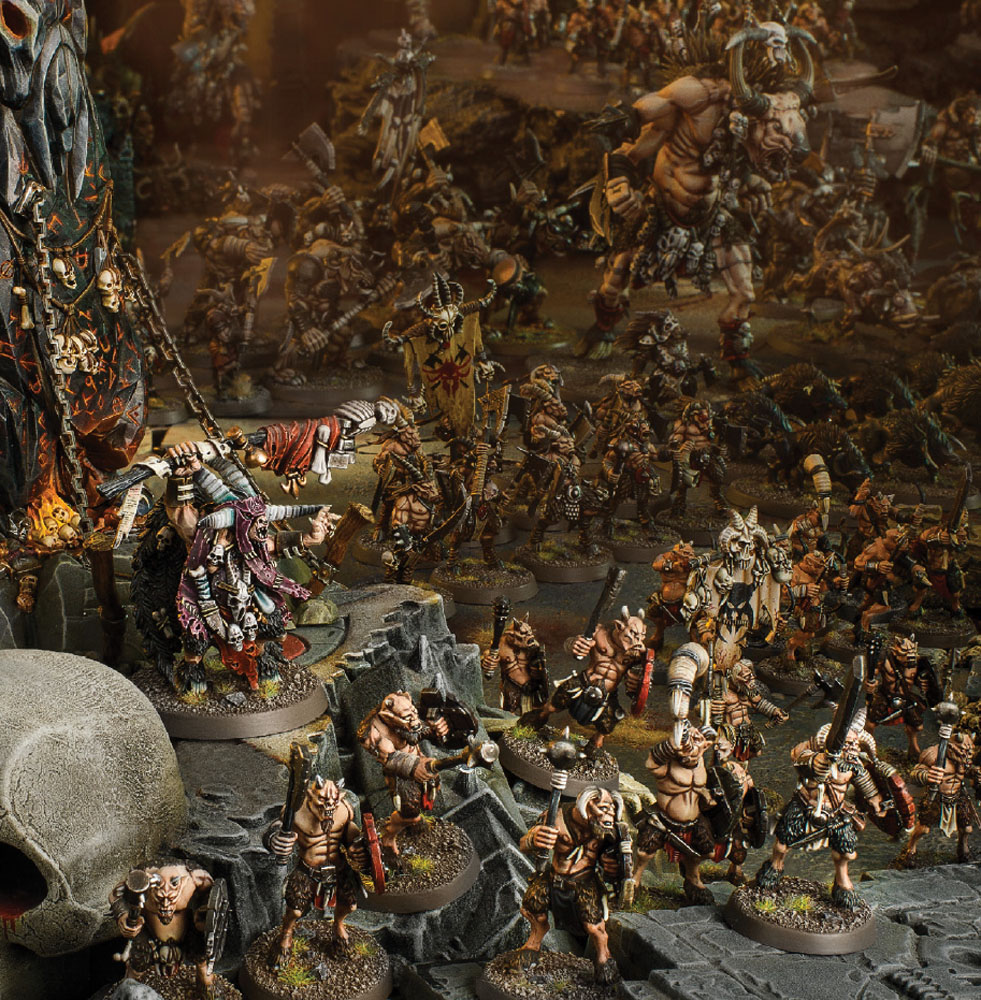 After all, you definitely need it. All herd small models’ units have a keyword BRAYHERD - this allows them to deploy 6 inches of the edge of the board and 9 inches from the enemy at the end of the first movement phase. Traditionally, this can only be done with half of the units. Unquestionably, this opportunity is critically important for a close combat army. 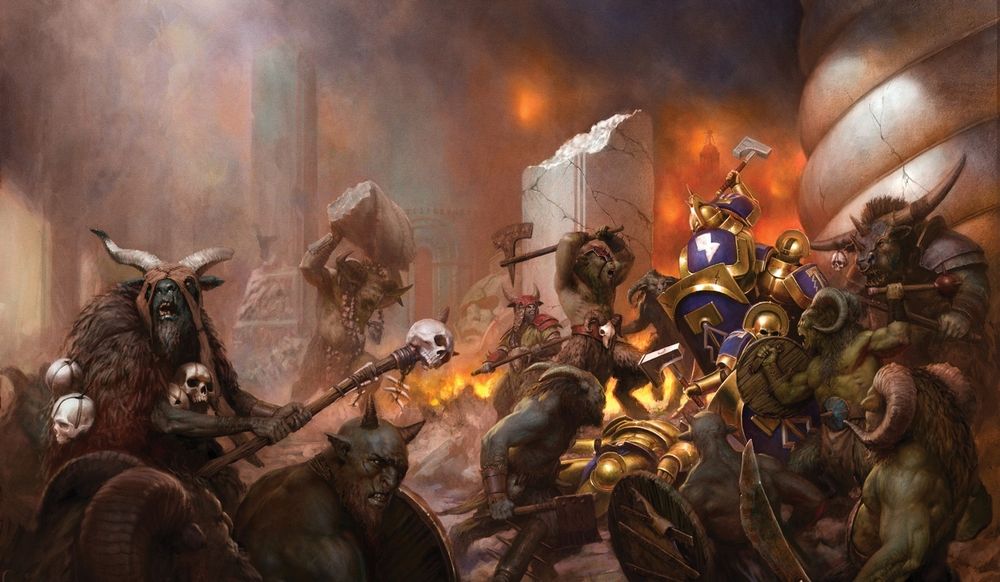 Sure, there are many ways to influence this possibility. Warlord-trait, which allows you to deploy these units at the second, not the first turn, or, for example, the Darkwalers units with keywords WARHEAD and THUNDERSCORN can also do this. It means, Gorgons, Cygors, Bullgors, and Dracoogrs (by the way, Shoggots are now magicians) – the spearhead of your army, can deploy as close to the enemy, as possible... This, in general, makes Darkwalkers an auto-choice. 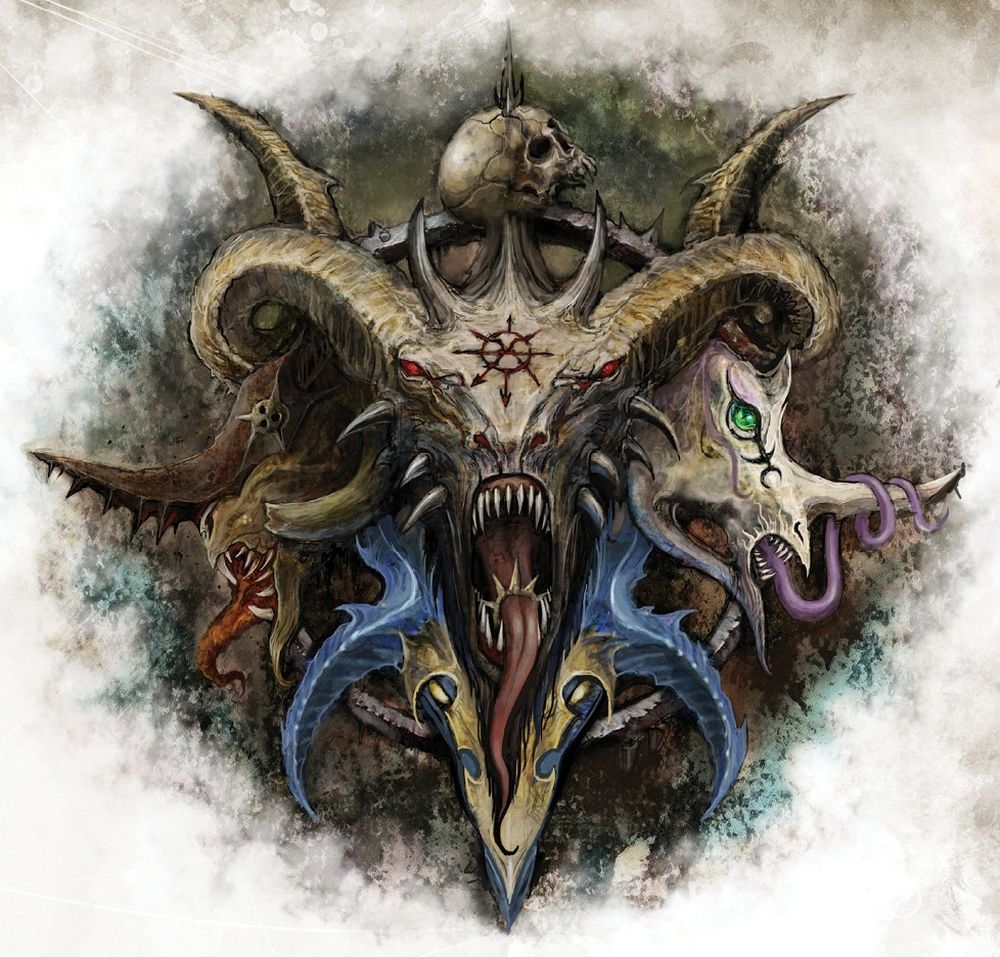 Yes, you got it right - like Stormcasts, Beastmen can choose a certain known. It seems, "Chapter tactics" will now be given to everyone. Along with the already mentioned Darkwalkers, there are Allherd, with a useless leadership bonus, and Gavespawn, whose characters turn into spawns after death. 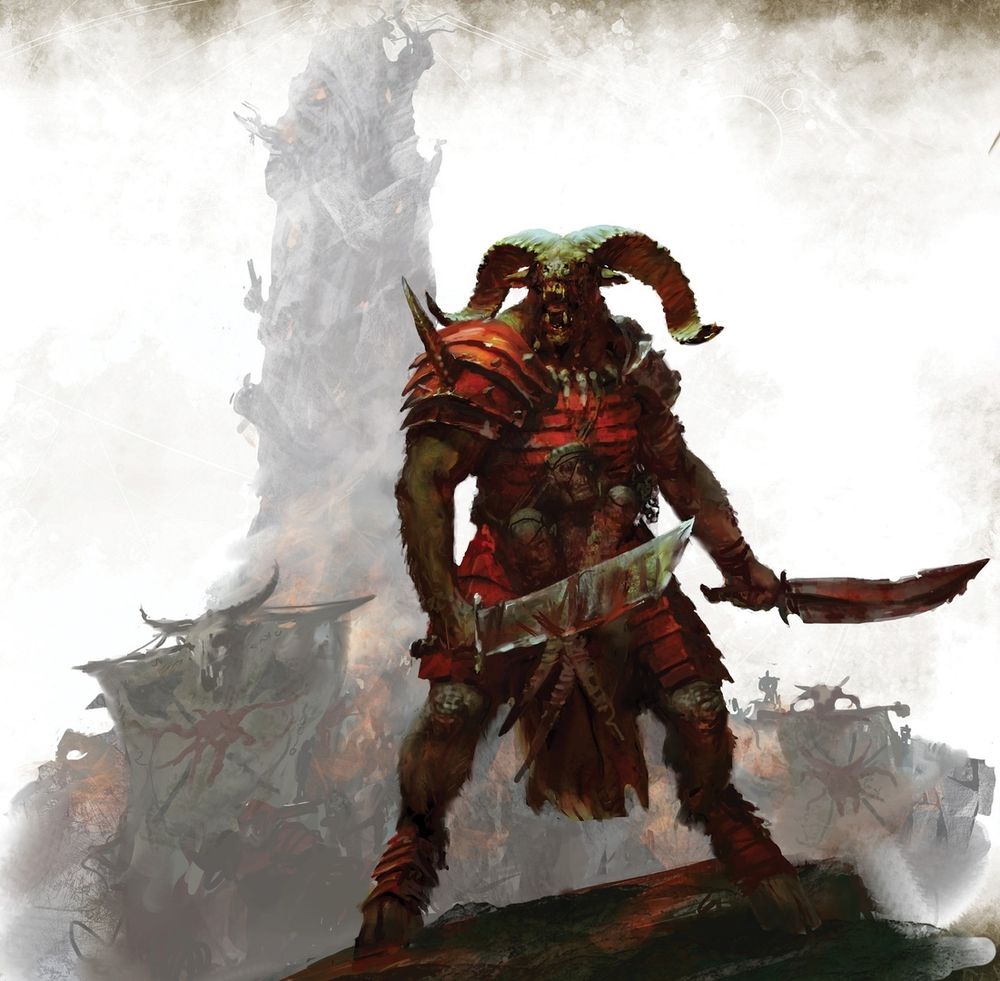 In general, the book represents a very large variety - BRAYHERD, WARHEAD, and THUNDERSCORN units each have their own tables of traits, artifacts, and magic. The usability is about the same, and you need to start from the person you want to give it to, rather than from the thing you want to give. 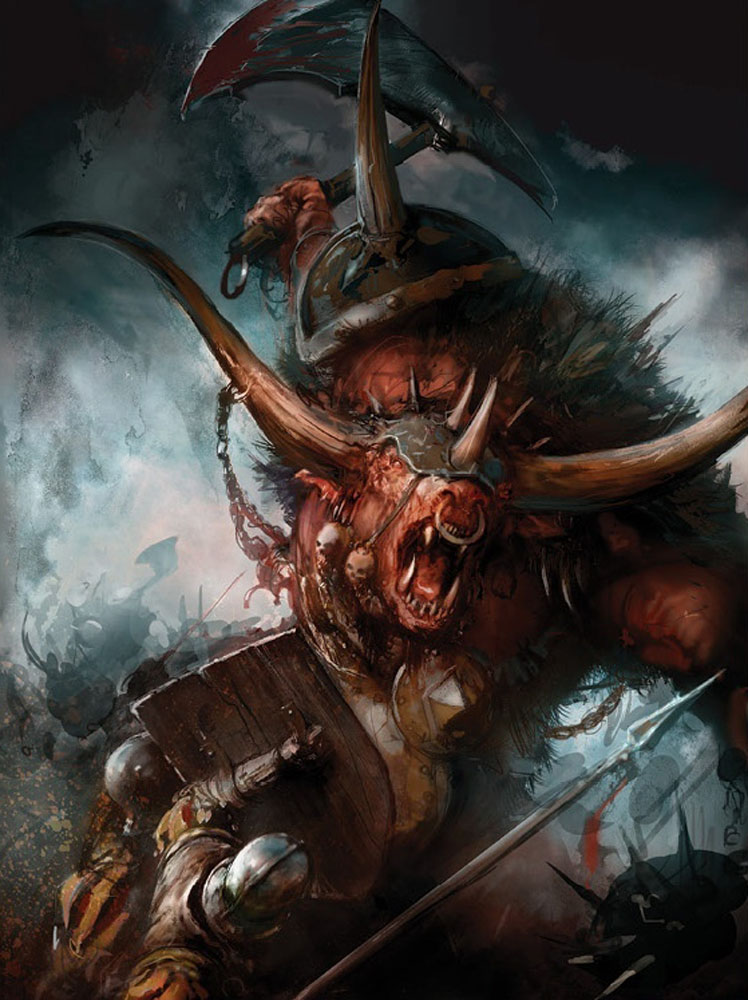 If this army still does not look powerful enough, they can also summon the units. Like with Khorne Bloodbound, there is a table of value, with different units of your choice. Points for this are obtained one by one each turn, or immediately by D3, in exchange for the same number of mortal wounds - if you decide to sacrifice your fighters while you are near a new totem stone. Naturally, there are a lot of ways to get these points faster. The stone, by the way, also lowers the opponents armor save, and makes your units fearless in 6 inches from itself. Each turn these auras will increase by 6 inches. 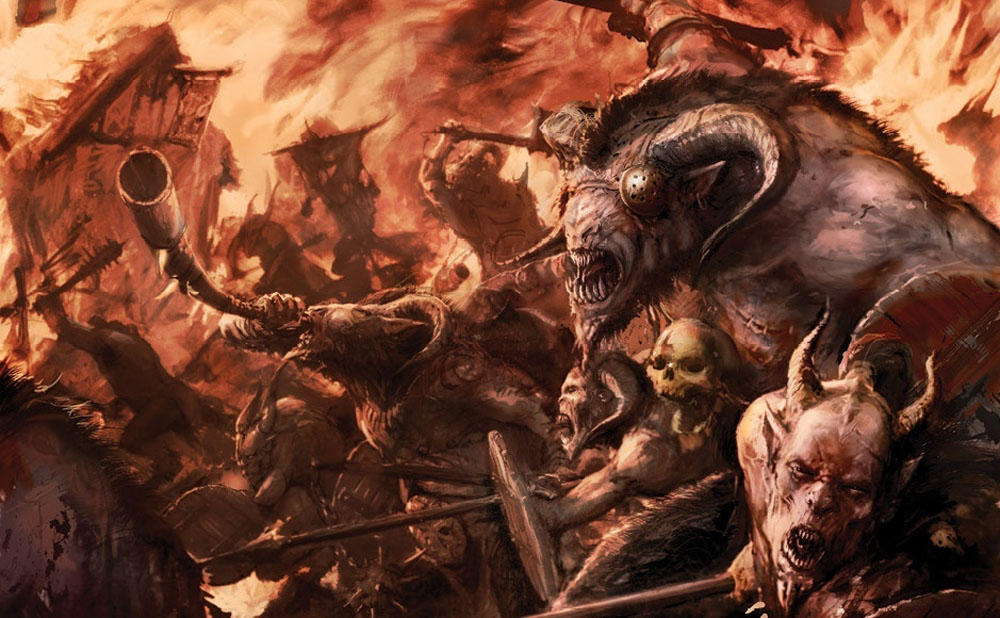 Also, this book offers surprisingly comfortable conditions for formations. They include the units that you will take anyway. You only need to choose the most suitable one for your style. So, there will be a lot of command points. There are also special formations dedicated to each of the four gods of Chaos (Slaanesh is back in action!). And this is already very interesting because it gives the appropriate keyword. 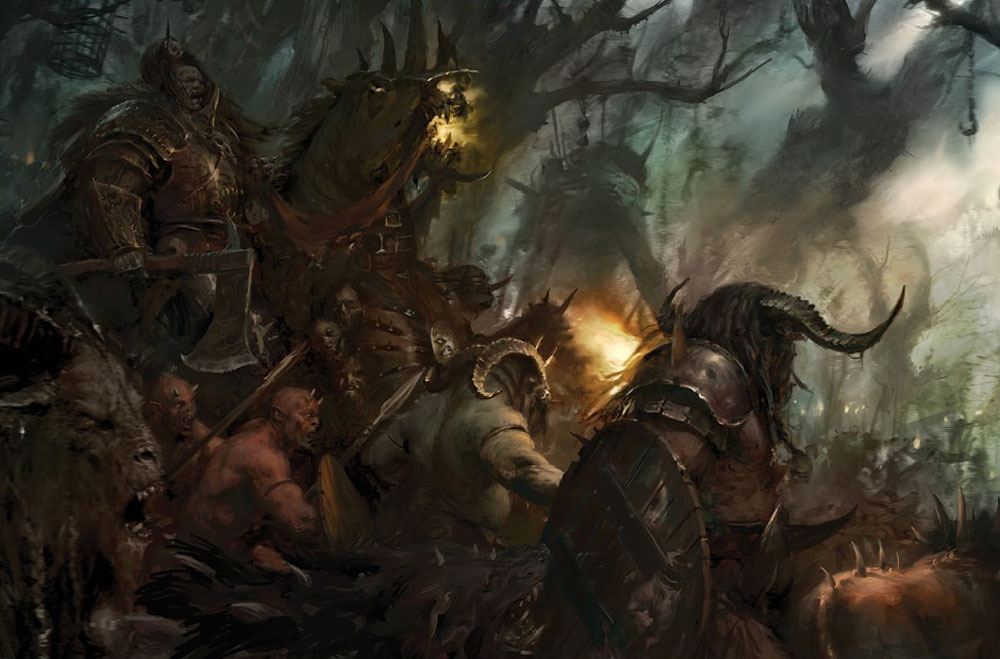 This leads to a very interesting tactic. All that is needed is an allied Bloodsecrator, from the Khorne book, and the formation corresponding to Khorne from this one. The first one can even be taken as part of the Gore Pilligrims formation, so its aura will become wider. As a result, your units in 24 inches from the banner will become fearless and receive +1 attack. The weak leadership of beastemen is no longer a problem, and the number of attacks, given that the units are numerous and cheap (you'll get a hundred Ungors, right?), exceeds all reasonable limits. While your elite units (That's why Darkwalkers are mandatory), attack the enemy on the first turn, weakening his army, the horde will calmly get to the center of the board, and prepare to finish off the survivors. And this is only an alliance with one of the Pantheon!

The fact that the army turned out to be very powerful is undisputable. Plus - you really have many options of how you can use it. The weakest point here is not the rules - but the models. We really would like to see them updated and more accessible. Well, let’s hope ...