While everyone is interested in Slaanesh releases or painting the last havoc, the Fyreslayers battletome release was almost unnoticed. Well, it’s definitely not the most popular faction in the Age of Sigmar. Today we’ll tell you about 5, the most interesting features of this new book.

Now it’s a normal army. Their first edition was released at the very beginning of AoS, and, practically was just a bunch of warscrolls under one cover. They only had several battalions except for the unit rules. Now, there’s a huge menu – warlord traits, artifacts, prayers, and everything, a normal faction should have in modern AoS. Probably, now these guys will finally start to attract players. 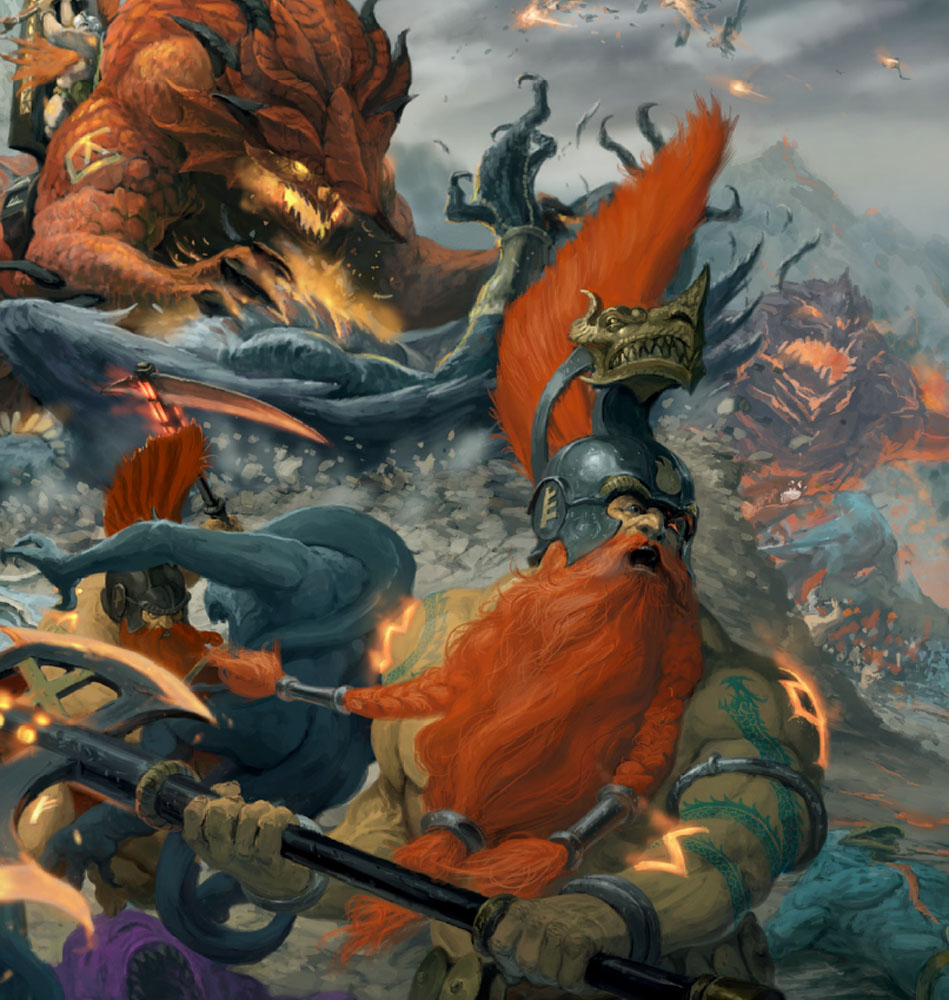 Runes. Here’s the army special rule. At the beginning of each your turn you activate one of six runes at your choice. The point is that you can use each of them only once. So, you have to think about your goals for this turn in advance. The list of effects is pretty standard but useful – rerolls, fearless, mortal wounds, wound roll buffs, and so on. Now it’s hard to say, whether they will affect the game strongly, but definitely, it’s a nice help. By the way, if you roll 6, you get an enhanced effect. 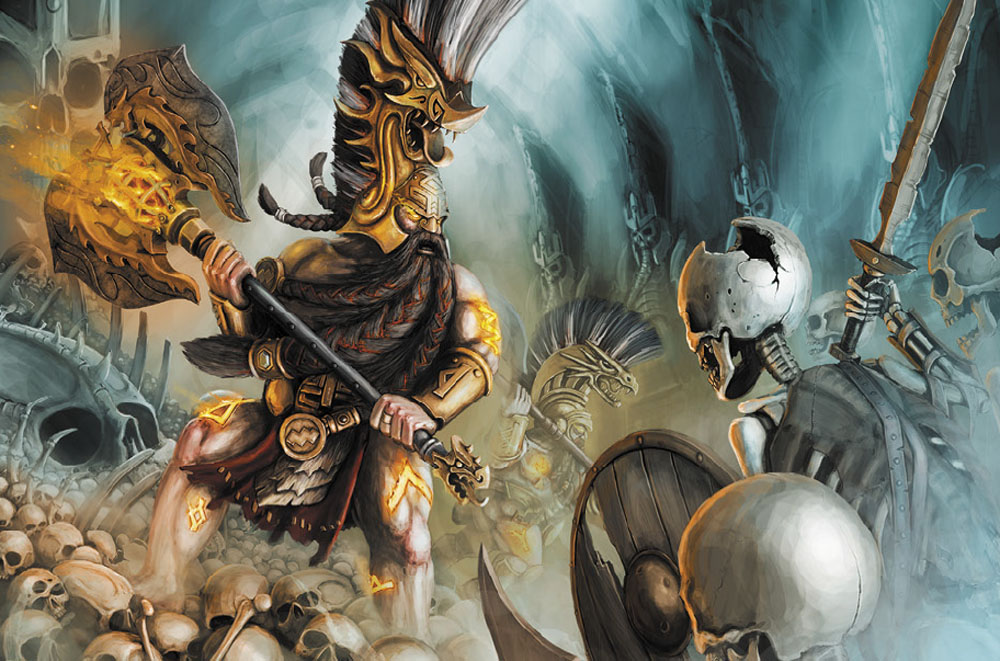 Different loge tactics. Now before the battle, you can choose to which loge your army belongs to, just like with any other battletome It definitely makes the roster building more interesting. No matter that there are only 4 of them here. The most interesting one is the last, focused on magmadroths using. You’ve always wanted a whole army of blazing monsters, did you? 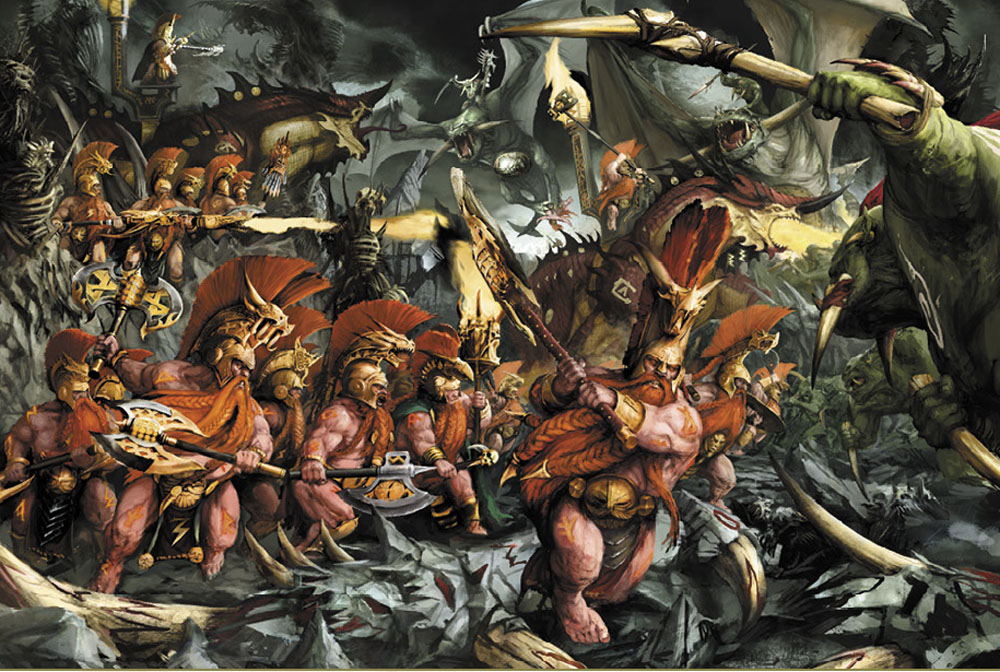 Live magic and terrain. Fyreslayers follow the trends and get their own terrain and endless spells, which are called here magmic invocations, and are not practically spells, just like in the case with Blades of Khorne. However, they do pretty much the same. Well, adding spells everywhere is an issue for a separate discussion. First, the idea seemed cool, but now these spells look quite boring since there’re no unusual effects on them. Sure, they are useful, but experienced players can easily deal without them. So, is it worth to copy-paste standard effects from one book to another? 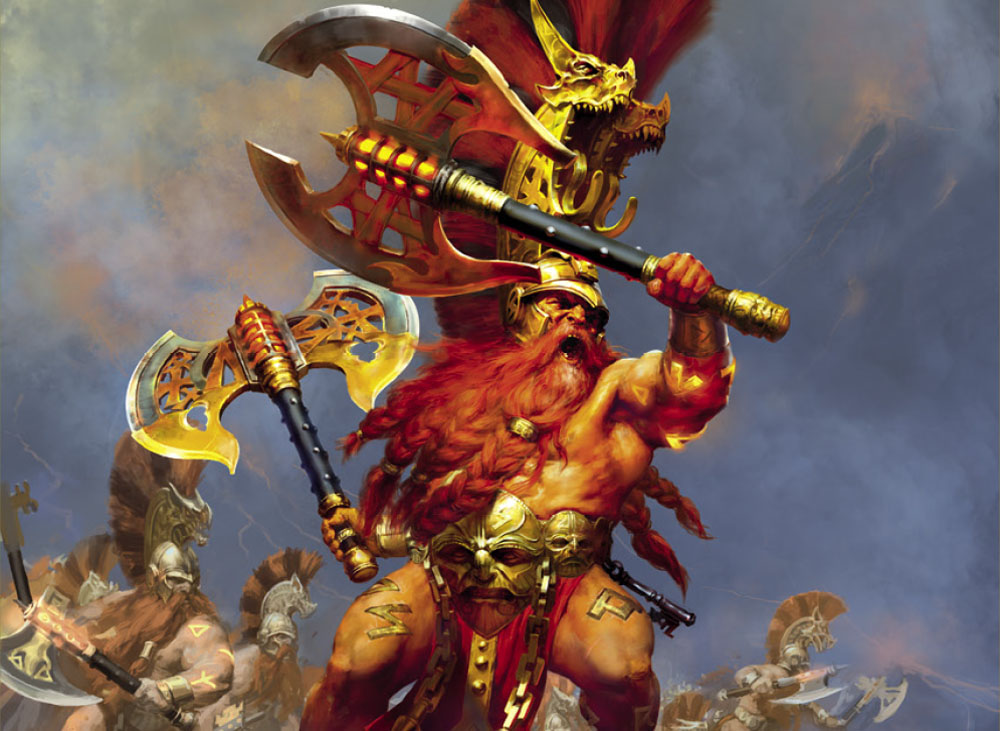 And, the last point this battletome impressed us with is a kind of negative. It is laziness. Which, was, honestly, expected, if we are talking about such factions as Fyreslayers and Ghouls. Sure, they are explained in the lore, but practically these factions were torn out of the bigger ones in Fantasy Battles, and have extremely poor model and playstyle range. In the first edition of such battletomes, the lack of it could be easily explained – the new factions urgently needed some rules. But now, when nobody prevents GW gamedesigners from creating a diverse and unique army, they are still happily making battletomes using the same standard rules, and adding the same standard things. Here, we still have only 4(!) battalions, and no new units at all. 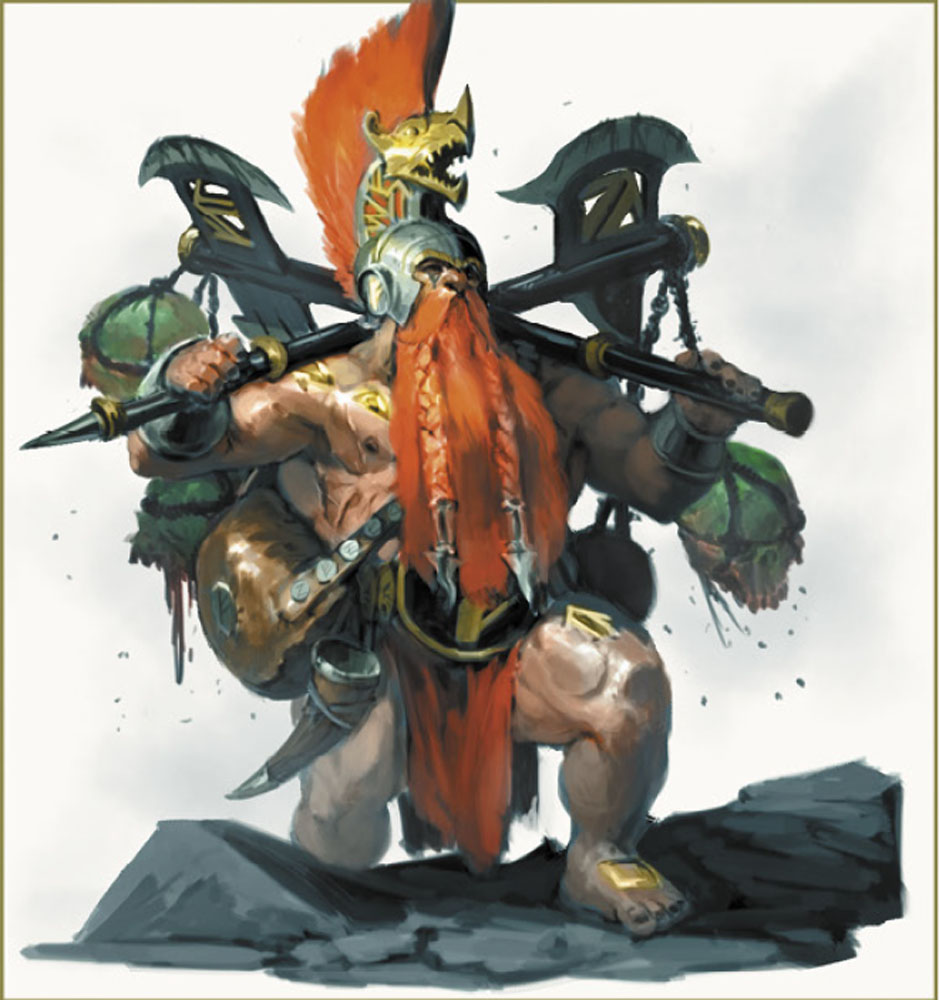 We really wouldn’t like it to become a tradition. Still, there are 2 such books, along with some really interesting ones, like Skaven and looming Slaanesh. So, let’s hope, the last type will prevail.