What do we expect from Warhammer in 2019

What do we expect from Warhammer in 2019

In fact, we can seriously speculate only about the first half of the year. If you have seen Games Workshop 2018 review, you probably imagine, how big and complicated the release flow is during a whole year. Today let’s talk about 40K.

Already announced Genestealers’ Cult codex makes 8th edition 40K remastering complete Now everyone has new rules and they can focus on new stories. Vigilus campaign has already started. In March we’ll have 80 days since Lord Haarken promised to capture this place for the Black Legion. Obviously, he’ll fail. Quite expectable, if you’ve seen his rules. So, it’s logical to see Abaddon himself in March. His miniature was already teased at the new BL character’s picture. They promised that there will be 4 of them, so we expect another 2 – probably, one in terminator armor, and another one – daemonic. 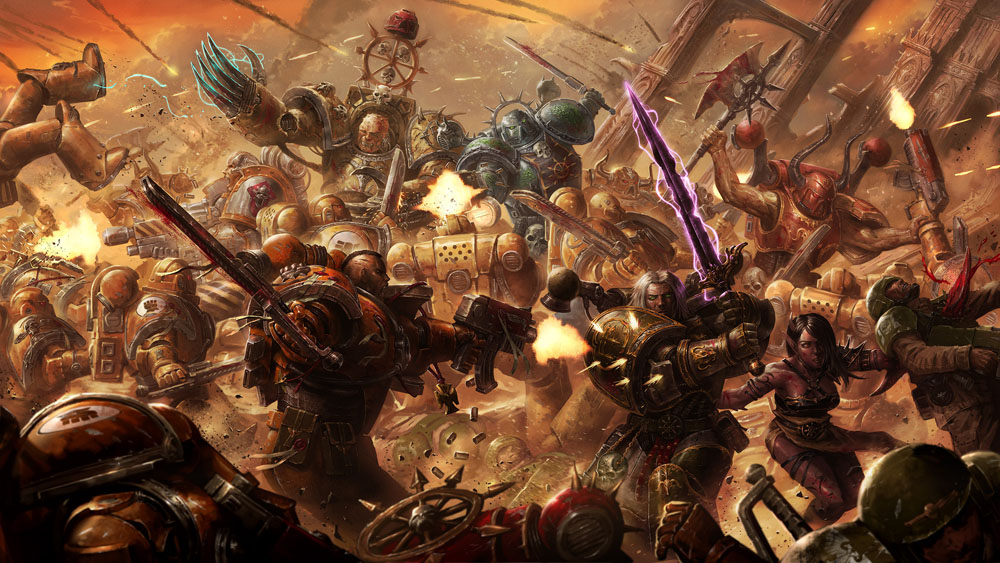 Also, there’s an old rumor, that Abaddon won’t be released alone, but in a campaign bow with new plastic obliterators and chosen. It would be great to see such box since CSM tactical marines set is already 300 years old (at least, they look so, compared to their loyal counterparts) and chosen still don’t have separate set at all. A multi-kit would be really great. The renewal of the obliterators also looks possible, since all resign and metal miniatures are being replaced, and these guys are quite popular on the tables.

All these things require rules. Black Legion supplement may appear, at least inside the campaign. GW considers releasing small separate sets of rules for particular orders/legions a good idea. Crimson Fists, for example. These rules are close to the standard ones and don’t break gameplay, but it’s always good to know that somebody cares about your army. Here you can add rumors about the Space Marines codex remake. The first codex of the edition, as always, looks poor, comparing to the new ones. These rumors are very salty but can become true, considering promised new primaris sets. 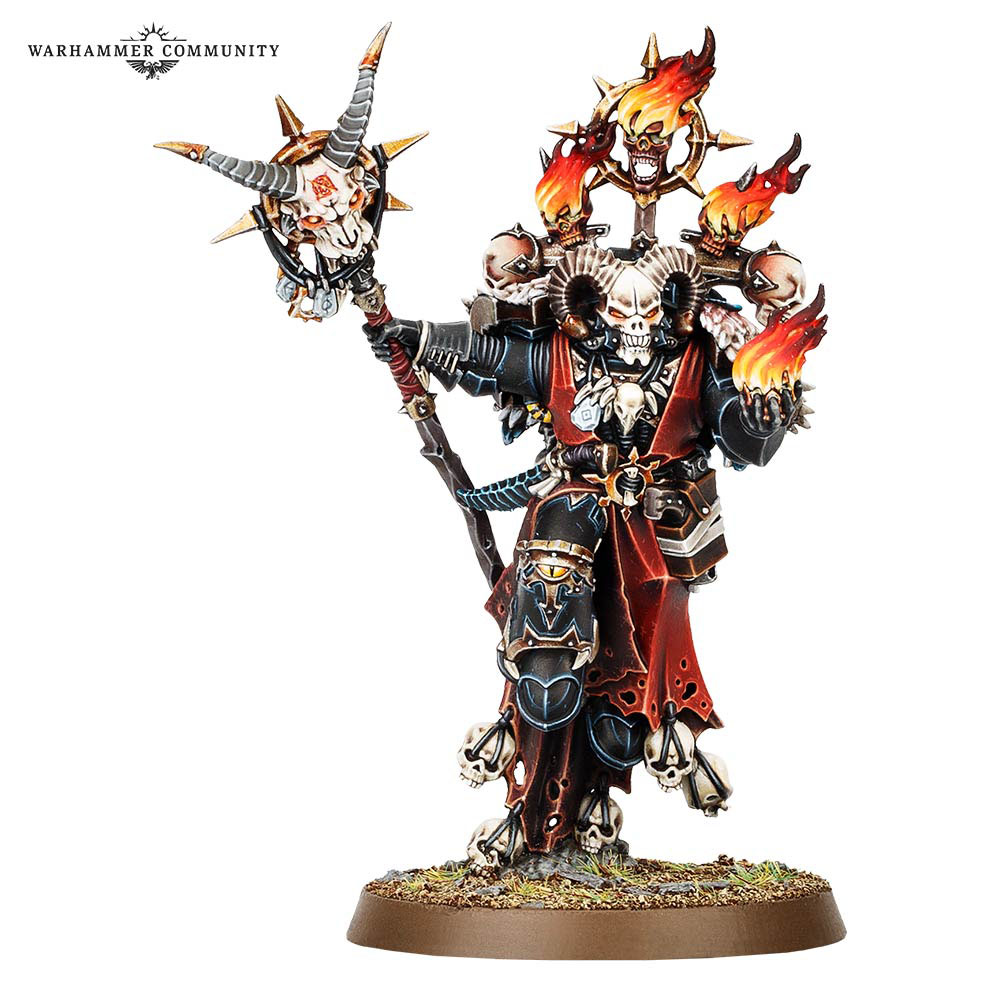 Nonetheless, such changes are highly required, starting the second circle of codex books in one edition looks awful. After the Space Marines all other factions will need some changes. To be honest, at least half of the armies require re-thinking now. Including nerf. So, the life circle of a codex is reducing to 1,5 years, and again, instead of the background expansion and the overall balance improvement, we will wait for codex re-issues. Usually, if the rules in wargame change so quickly, they are free. Let’s just hope that this rumor will remain a rumor, and they’ll find another way to improve Space Marines. 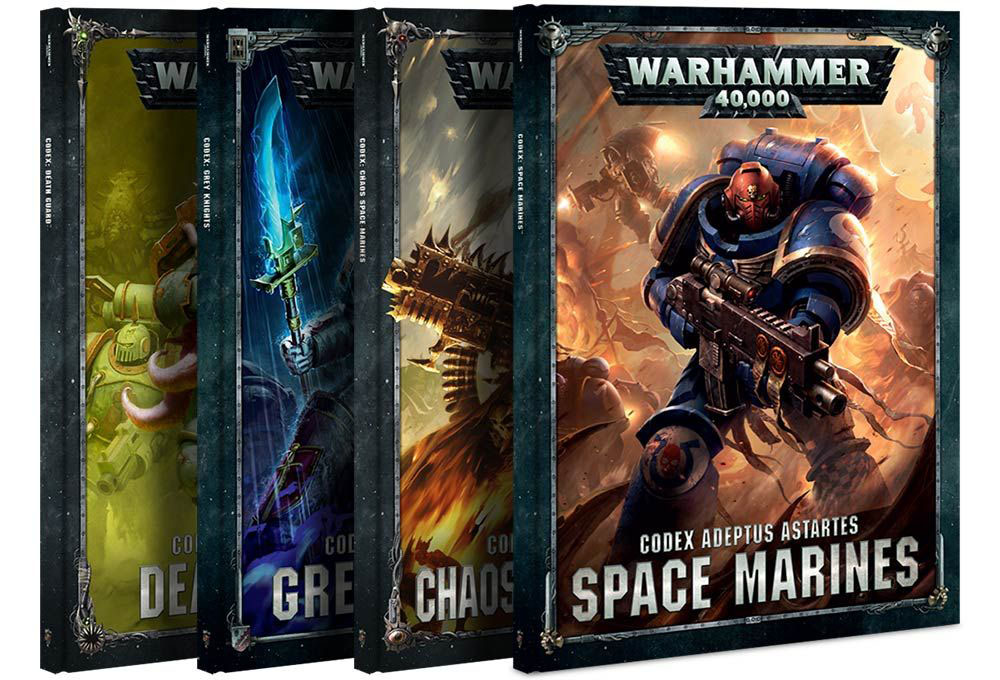 And what about new factions? Will we see completely new books? It’s quite possible. Emperor’s Children rumors are quite strong, and we are still promised a Slaanesh release for AoS, so… This also means that World Eaters will get their book sooner or later. So, new Noise marines and Berserkers miniatures along with 2 new daemonic Primarchs. However, GW told us that they don’t have plans for any new primarchs at this moment, which is really sad.

Sisters of Battle still wait for a full-scale codex. Likely, somewhere around September. It would also be great to gather all the Imperial Agents on one book – Inquisition, Sisters of Silence, Assassins… Considering the tendency, they will either get some new miniatures or lose some rules, since the most part of the Inquisition miniatures is too old or don’t exist at all. 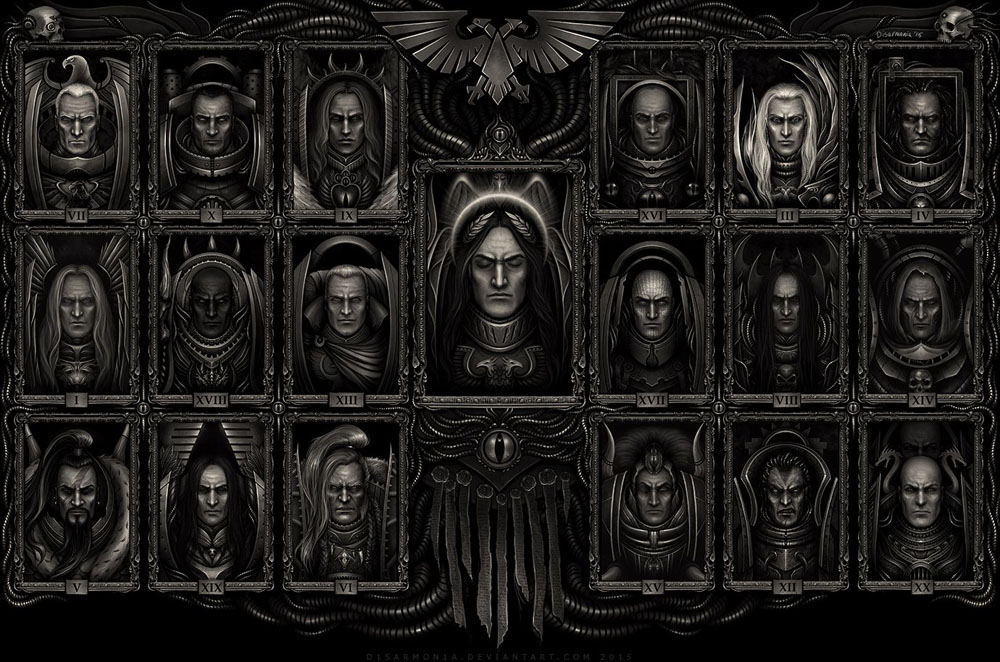 A reasonable question – what about Xenos? As always, they are left behind the Imperium-Chaos conflict and get new releases more rarely. Eldar are lucky here. They already participate in Vigilus campaign, and have Ynnari, who’s codex is easy to make. No new miniatures required – just balanced rules, which would make a choice between them and two other Eldar races difficult. 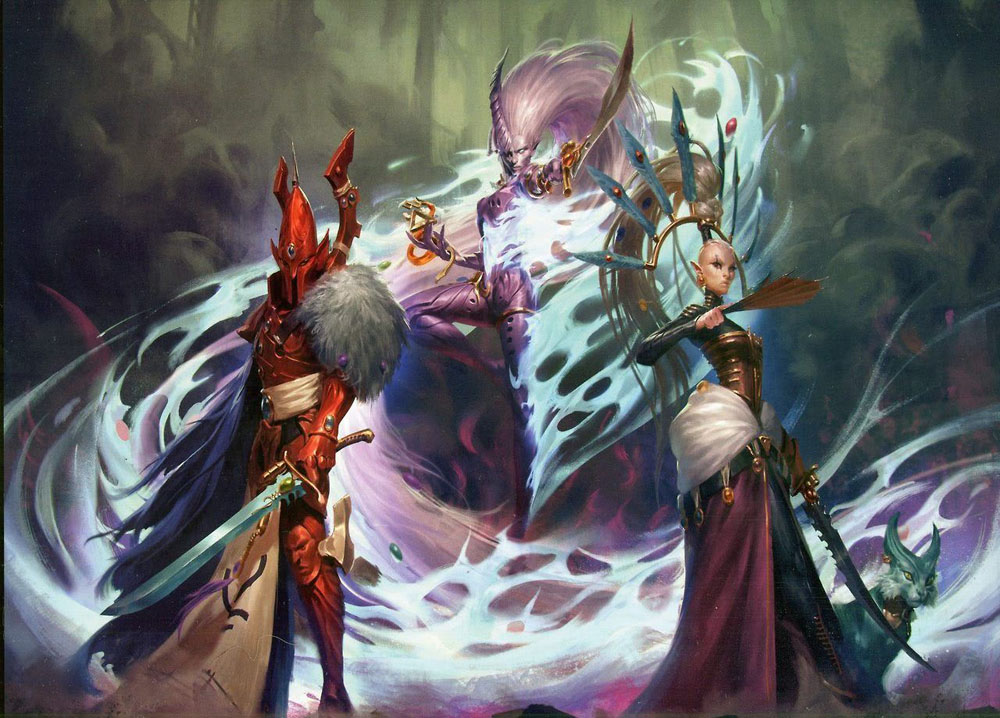 Some words about separate 40K games. Necromunda is quite popular, and with all the factions and rules finally released, now it has a huge space to grow. We expect separate characters and miniatures sets, which each faction could use as a mercenary – it would be stupid to release new factions just after the overall book has been issued. Blackstone Fortress also has decent sales, but won’t be supported so much. Like all other Warhammer Quest games. However, there are some updates announced – for example, Ambull, along with his mechanical friends for Necromunda. Which also supports the first thesis about separate unit releases. Kill Team is a prior game to GW now and we can expect lots of different releases and expansions. It’s easy, since, mostly they are just re-packed miniatures from usual 40K. But the price is attractive, and there are some new characters and terrain features. So, these sets are bought not only for Kill Team. Also, considering the fact that the miniatures in big 40K are totally the same, it’s very easy to push a Kill Team player in there and force him to spend much more money. That’s why there will be many new sets and rules expansion for Kill Team this year. In general, these are all the trusted rumors and logical conclusions so far. Let’s hope this year will bring new interesting releases and games. Next time we’ll discuss the perspectives of fantasy universe of Warhammer Age of Sigmar.