Today, let's talk about a new Space Wolves codex. It happens that there are no wolf players in our office, so we asked several familiar players, and added our experience of playing the vanilla Space Marine. In general, we got a short opinion. Let's run through all the main aspects of the book.

The expected changes - like everywhere else, disappeared characters on bikes, primaries and other stuff of the vanilla codex was added. A small rebalance, too, in general, expected. The dreadnought shield now gives only 4 ++, some characters have lost attacks, something has become cheaper, something has become more expensive. Wolves played with the index for more than a year. During this time, it was possible to clearly understand how the balance works, so these changes do not break the game and are quite reasonable. 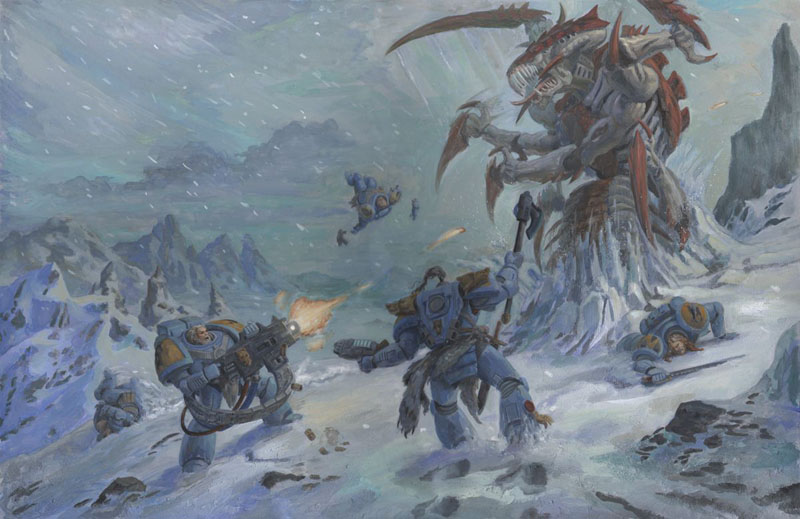 Key mechanics are still here - there is still an ultra-useful outflank, wulfen and cavalry are both still good. Moreover, we’ve got many stratagems, giving them bonuses and re-rolls. In general, the overwhelming majority of stratagems are aimed at close combat, which is quite expected. Part, as always, repeats vanilla ones. There is a very useful "hit for the second time" stratagem, an incredibly lore-respectful one, which allows you to make a lone wolf model from one last man of the unit. (It makes sense now to give good weapons to the leaders of all units). There is an opportunity to shoot with bolters in close combat, strike one more time before death, or ignore any shooting penalties. In general, stratagems can be useful  almost everywhere, but there are quite a lot of situational ones. You will constantly use 2-3, but for effective game it is necessary to keep in mind all the others - their benefit depends on the moment of application. 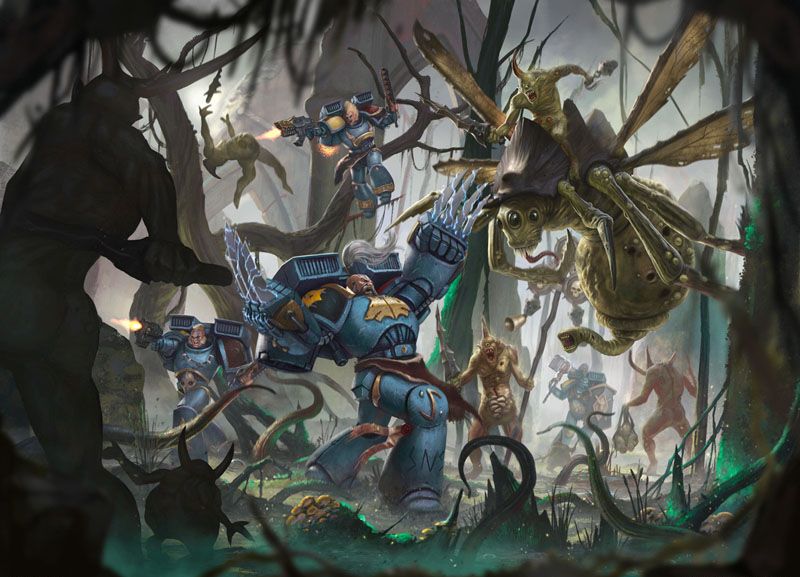 By the way, now there is a "Chapter tactics" - +1 to hit in the first round of close combat. And, it also works on heroic intervention which works in 6 inches for Wolfs. Strangely enough, but the protective potential of this tactics is higher. It turns out quite realistic - you can take a lot of characters that will protect their flocks, and make the enemy think twice before attacking the Wolves. It looks, of course, not very "sporty", but it's not useless at all. 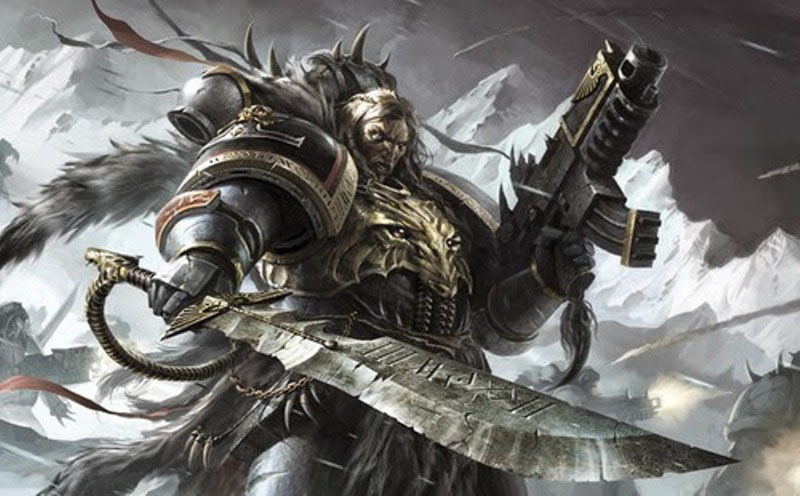 It is very interesting how the warlord traits look here. Already having released the codex, GW changed them into sagas. Now everyone who is waiting for the English pre-ordered codex will have to glue a page into it. The main feature of sagas is that after the character fulfills certain conditions, they begin to work as an aura. This is probably the best that was invented for this codex, and it really allows you to build a game around your warlord.

For example, by killing an enemy character, your warlord and his pack will always be the first to hit. Or, destroying 5 (any!) enemy models, you get +1 attack. Or, after a successful charge, you get a charge after advancing. Considering how strong the wolves are in the first round of close combat, and how many abilities affect it ... The usefulness of such traits is undeniable. 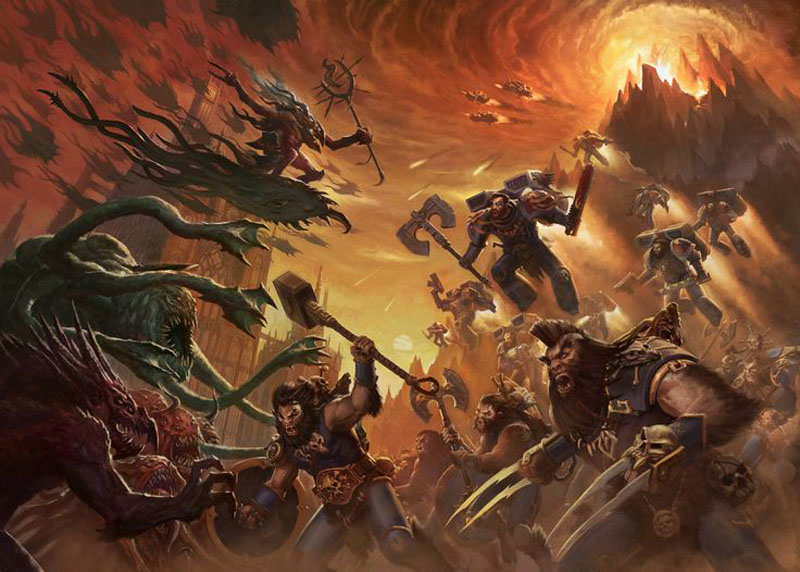 Not so interesting with artefacts, though. In fact, you have a mandatory Russ armor, with 4 ++, which forces the opponent to hit the last in the close combat. Given that your characters are easier to make heroic intervention, you can destroy attacking opponents in their turn. And the second artefact that you want to take is the Wolfen Stone. +1 attack next to the bearer is always useful. Given that it can be obtained also for the saga, the number of attacks from, say, cavalry is unbelievable. The remaining artifacts in comparison with these two are simply uninteresting. 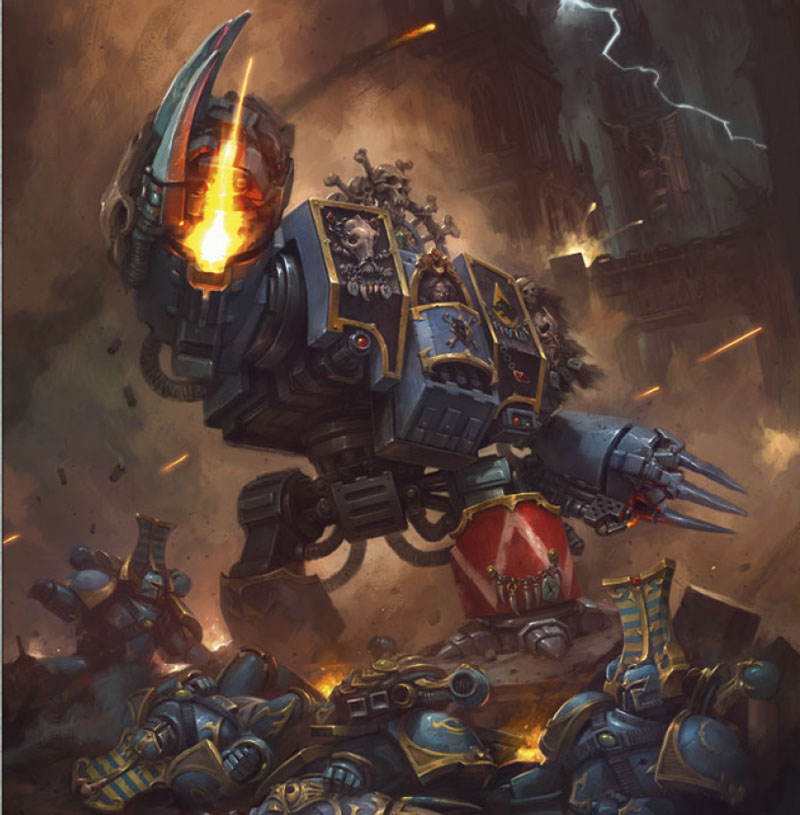 To the three already existing spells (the Jaws, and two others), they added three more, quite situational ones. Living lightning, causing D3 mortal wounds, and leaping further, if the unit is killed. Not often in front of you there will be units, which can be completely killed by D3 wounds. Only if someone is already damaged. It can effectively work closer to the end of the game, when there are a lot of weakened units. Another spell - roll as much D6, as many models are there in the enemy unit, and apply mortal wounds on each 6. It was seen in the several books before. It works well against large units, and is completely useless against elite armies. And the thing they have done with Freki and Geri is an abuse to any Wolf player. Previously these spiritual wolves had two different profiles, and attacked one by one. Now, this gives the Rune Priest one (!) additional melee weapon with dubious characteristics. Change the name to "The Summoned Spectral Sword of Divine Coolness", and nothing will change. Nothing at all.  And after that there are people, who say that the 8th edition is not primitive. 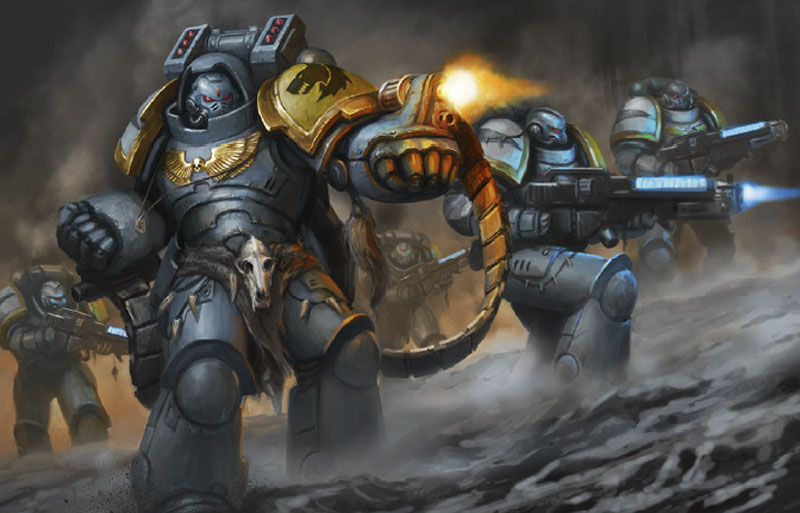 In general, the codex leaves a pleasant impression. It has many working tools, and at the same time, it does not break the already existing combinations and tactics, essentially adding diversity. Obviously sharpening for close combat, and increasing the role of characters. Just as it is necessary for Space Wolves. The codex, obviously, will not get into T1, and will not become a favorite of sportsmen. However, this army can be successfully played, enjoying and, most importantly, winning. 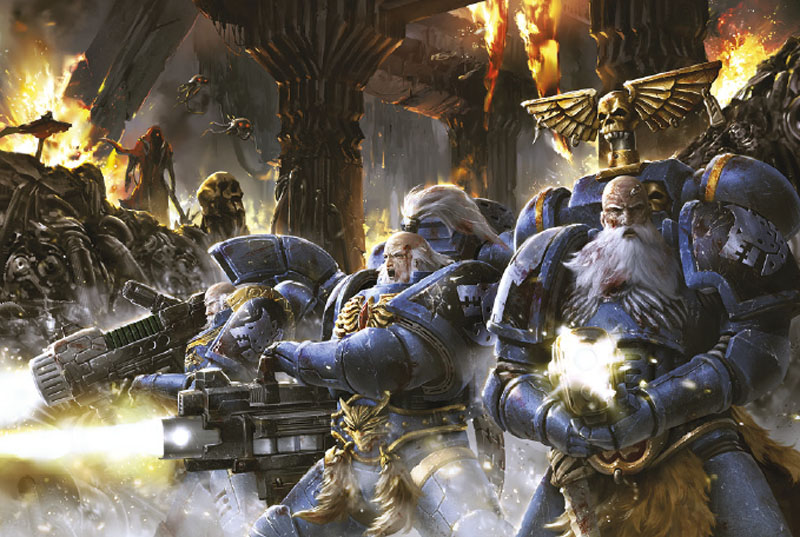