We’ve played Warhammer 40000: Mechanicus a bit and now we are ready to share our impressions.

Warhammer 40K games are very often to be released, but very rare to be good. However, recent Gladius was quite nice. Mechanicus only proves that this rule has exceptions. Let’s say from the outset – the game is really good. And if you were thinking about buying it, you can start downloading it in Steam while reading this article further. 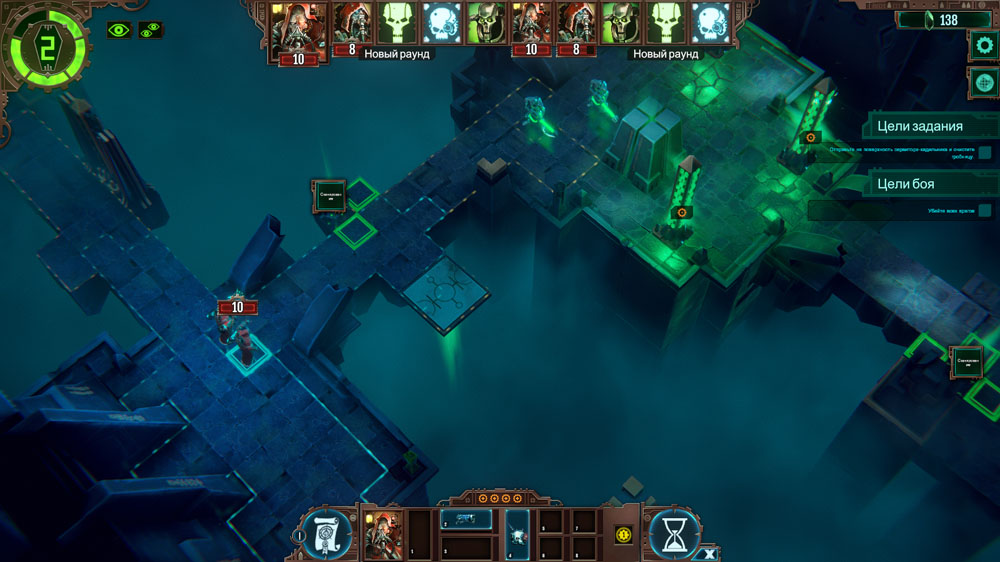 Bulwark Studios logically thought that there’s no use making something global and innovative with a limited budget. So, instead, they took classic turn-based tactics and carefully cover it with Warhammer 40K package. They don’t make a game of a galactic scale but focus on the counterstrike of only two factions – Mechanicus and Necrons at one particular planet. 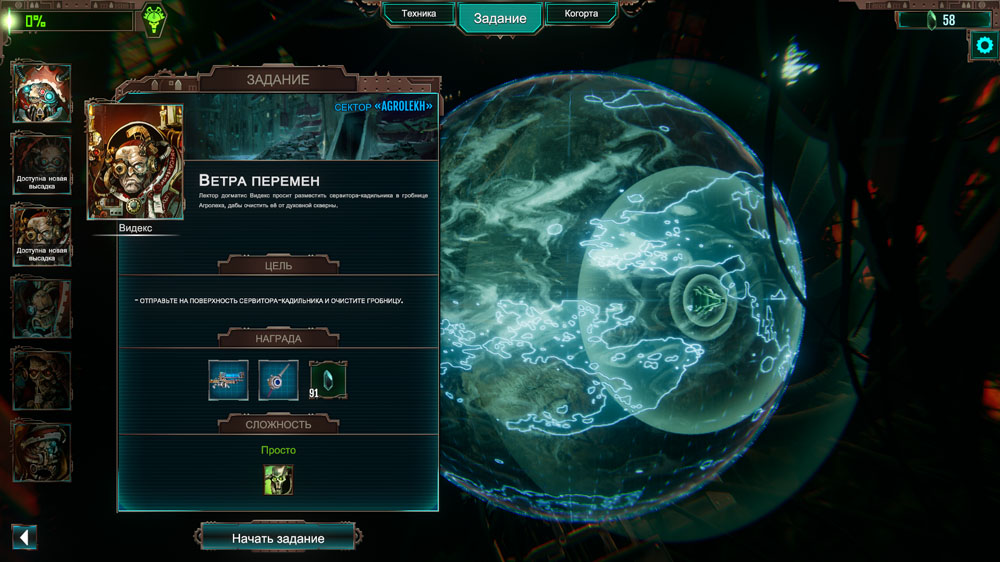 The plot is pretty simple – Mechanicus come to an unknown planet, find a Necrons’ tomb and accidentally awaken it. Now you need to gather as much data and resources as possible before the whole planet awakens. It might seem primitive, but it’s embodied at the top level. 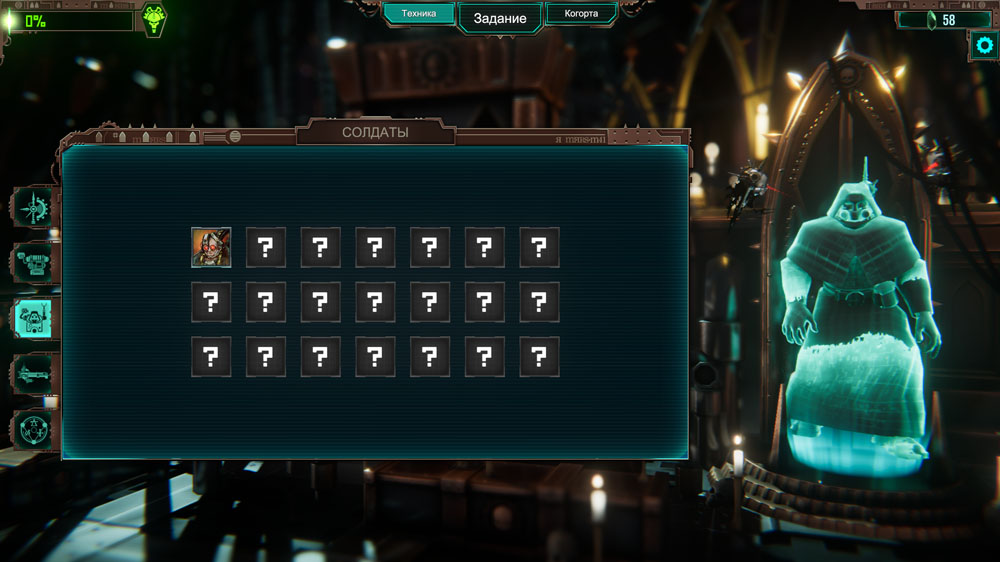 First, the game pays much attention to the background. You’ll find all Mechanicus weapons from the tabletop, see it working, and will find out much about how their organization works, what rituals do they have and many other things – the game provides you with much info about everything you see. It’s great that everything happens in the relevant version of the 40K – characters often mention The Great Rift and Guilliman’s conquest. Besides, the characters themselves are very interesting here. Each of the Mechanicus command has his (or her) personality features, and behave in a particular way. Also, each of them has his own opinion on what should be done in each situation. So, you can choose a different task and support different points of views.

Second, the whole process sounds great. Mechanicus talk in their own language, Necron Lords spit out vicious prophecies, and awesome industrial music follows you all the game long. Everything for the perfect atmosphere. Besides, all the characters talk exactly the way, the Omnissiah’s agents should – by formulas, equations, and with no emotions. Almost… 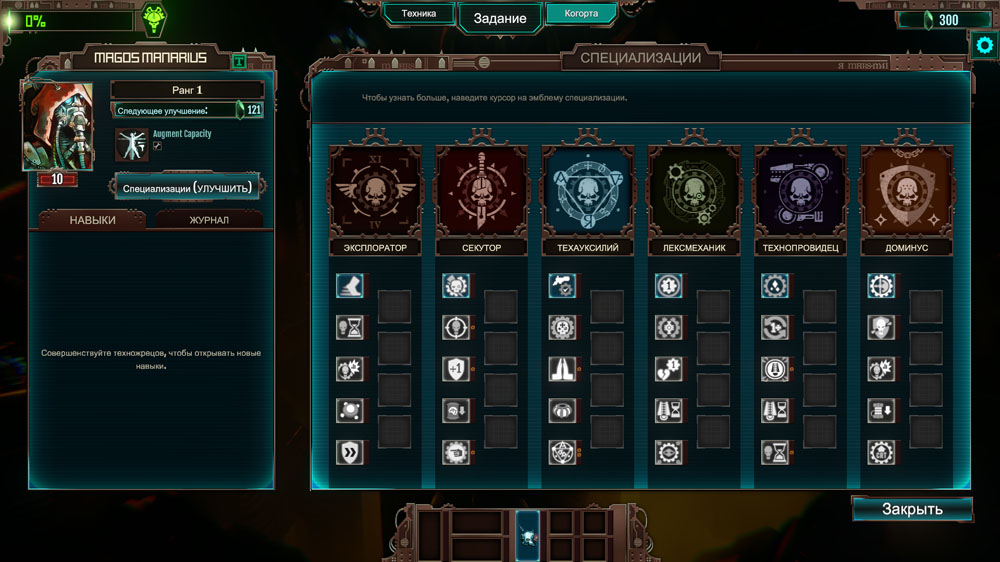 The graphics is also nice – the developers again did right and covered the limited budget with gameplay features. You watch the movement of your squad via the holographic monitor, so it’s quite ok, that everything is schematic and has no textures. But don’t worry, the battles are drawn nice and all the units and wargear are represented properly. The animations and special effects are logical. So, it’s time to discuss the gameplay. 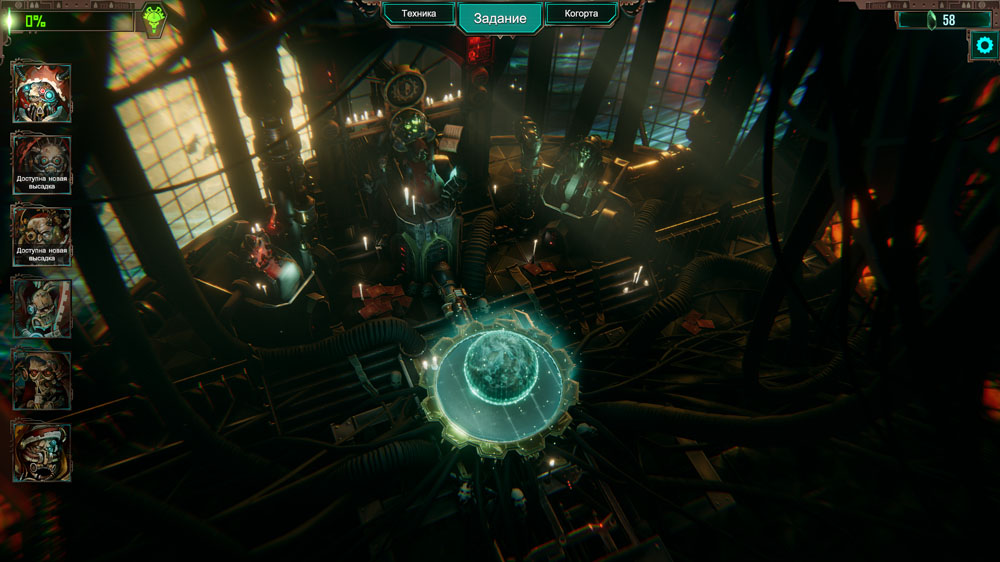 The whole process includes 3 parts. While at the ship, you can choose different tasks, upgrade your Techpriests, hare wargear, and find out more about Mechanius technology. There are really a lot of upgrade options, so it may be reasonable to finish the game several times. 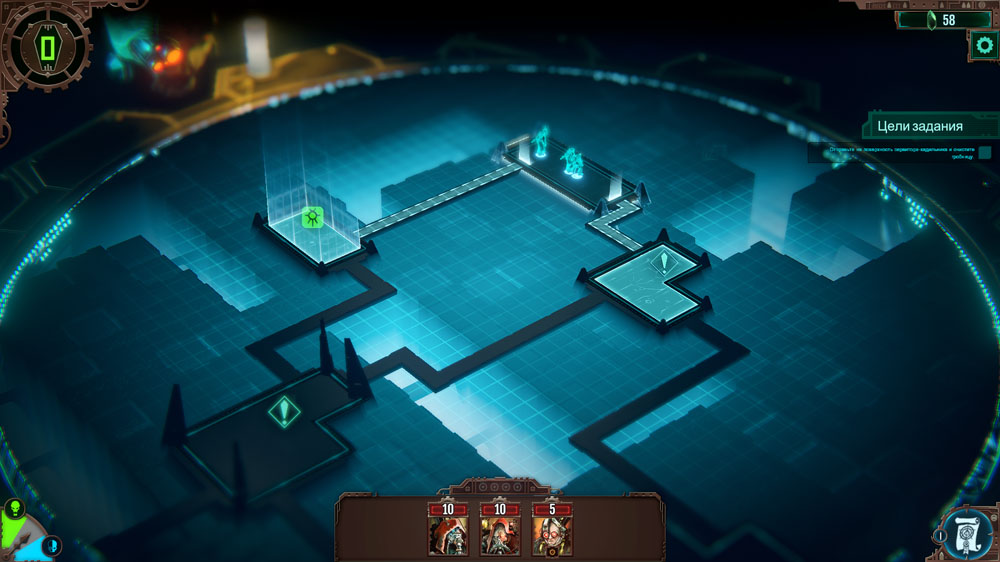 When you go on a mission, you get onto the schematic tomb map, where you move from one room to another. Almost everywhere there are events with multiple choice. They really affect the situation – you can get valuable loot, find guarding systems, or awake even more Necrons – the enemy becomes stronger with the time, while you are looking at the signs on the walls. It’s great that choosing the best options requires you a Mechanicus-like thinking. You’ll quickly learn to do it due to the atmosphere and long, though interesting dialogs. 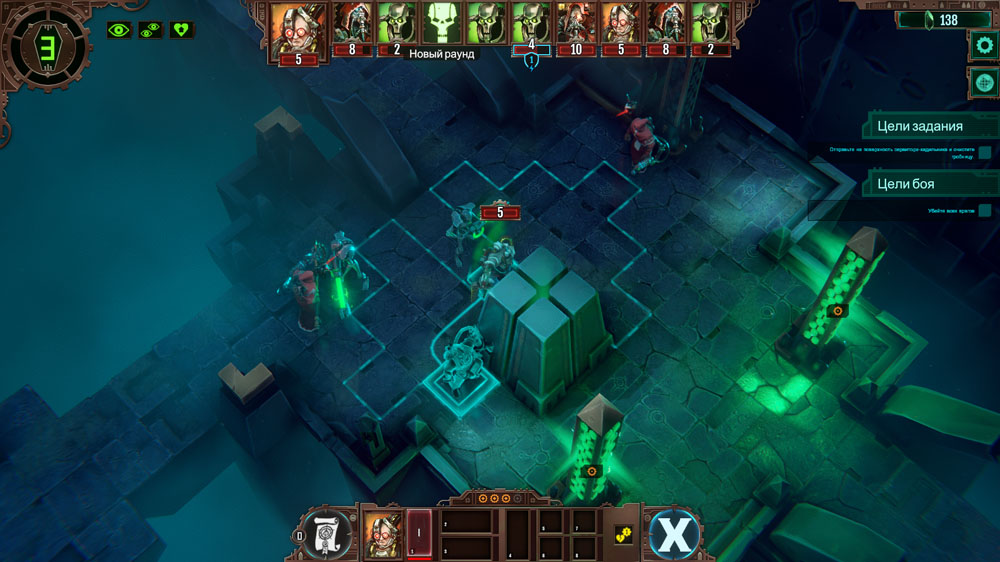 And the third part of the game, tactical fights, happen when you face the enemy forces. And here everything is also much better than you can expect. The fights are turn-based, but you can do many things during your turn. Special points let you walk extra squares, shoot with a special weapon, or activate some abilities. The tactics is deep and refreshing – so you really have to think on each of your moves. Also, maps here are quite diverse – movable platforms, traps, turrets and so on. We didn’t play long, so we didn’t see the whole unit range, but screenshots prove that there are all the possible factions units from the wargame.

So, we have one of the best Warhammer40K games so far. It makes you feel like a real Machine-God priest. You unhurriedly discover the tombs, thinking about each decision, and move, reading what Magos say… It’s worth trying for everyone, who loves 40K atmosphere no matter is you played turn-based tactics before or not. Waiting for add-ons!