How to play Adeptus Custodes

How to play Adeptus Custodes

We were supposed to put a review of the new Kill Team here, but our editor happened to play against the Custodes. And this led to many interesting thoughts about how you could use these golden guys.

Almost immediately after the release, it became clear that as almost nobody wants to play Custodes as a mono-army. The most popular archetype is captains on bikes as allied detach of someone. Of course, we are not looking for easy ways, and we do not consider spam of identical units a good idea. Although, of course, captains are effective. Practically flawless unit, the only drawback of which is a high price. 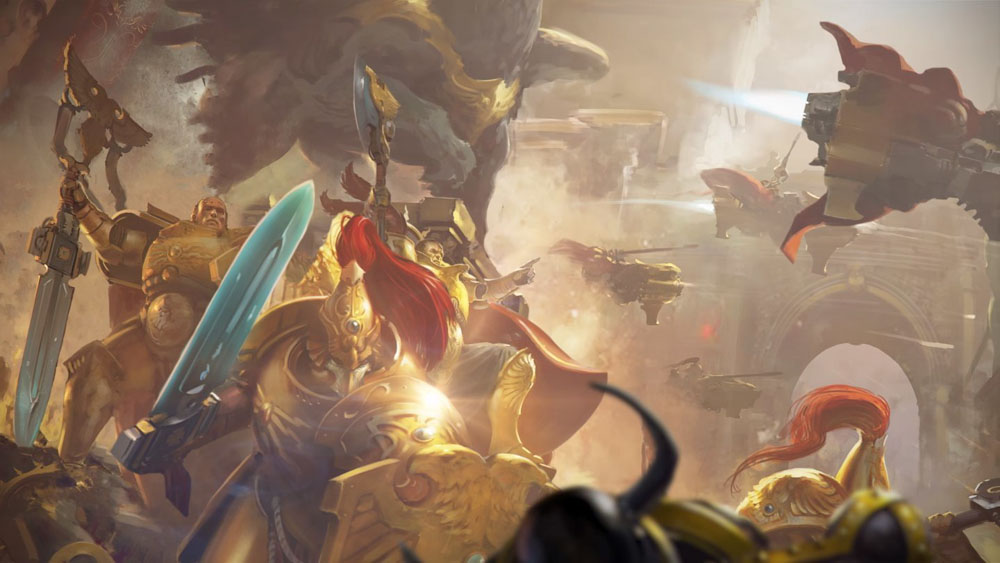 Our goal is to tell you how to collect the detachment of the Custodes quickly, cheaply, interestingly, and efficiently. It is quite obvious that we will not collect the mono-army. This is a task for advanced players who are very good at battlefield micromanagement. Let’s take, say, Vanguard - detachment. It gives one command point, which will be very useful. This requires 3 elites and 1 HQ. And this issue is solved ... just with two boxes. 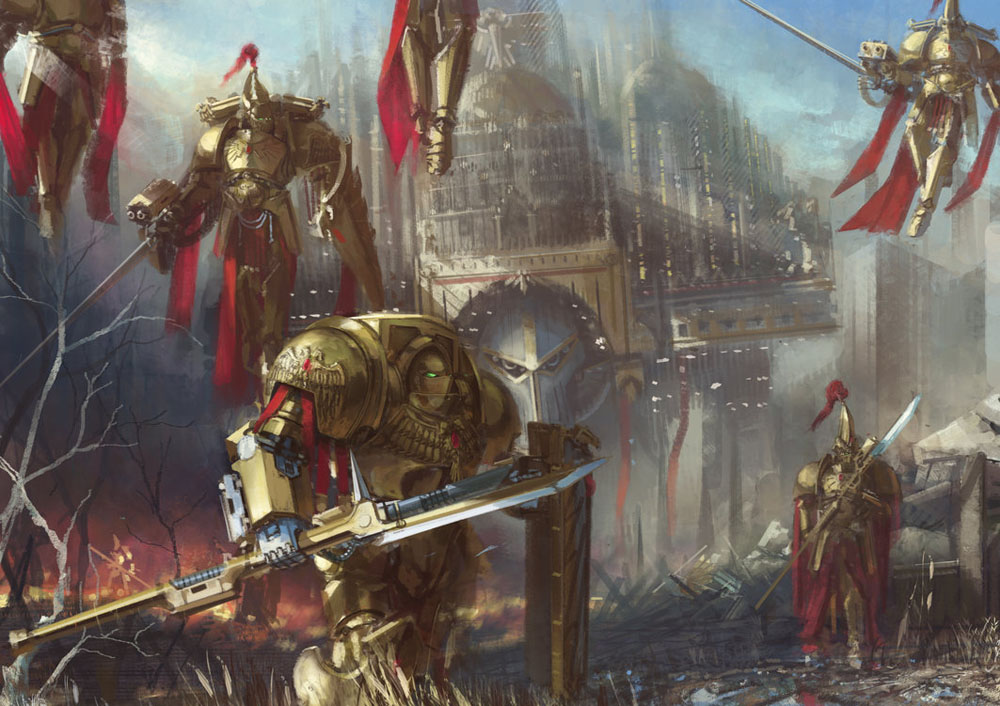 Like all small armies, Custodes can get many different units from one box. So, a box with Wardens will make almost half the army for us. Assemble one miniature as a beautiful Shield captain with an axe, and put him aside for a while. The second one - as a standard bearer. He will be able to distribute 5 ++ to any imperial units, and it will be useful, regardless of who you take as an ally. Even a lonely tank, or a unit of cadians, won’t refuse of such protection 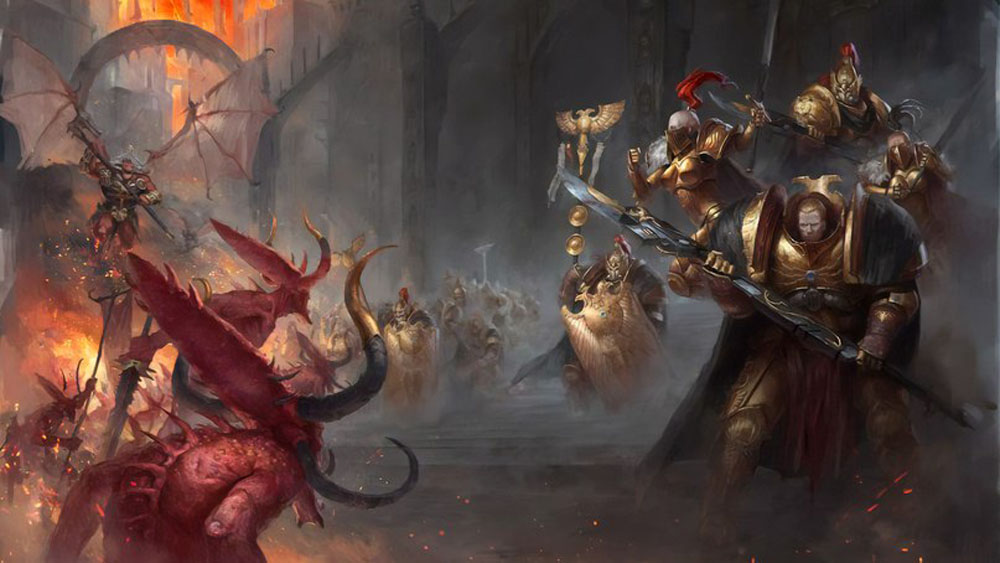 The remaining three models become Wardens, as they should be. Even three models deal a solid number of attacks and pose a significant threat. The problem is only with delivery. Taking transport is inexcusably expensive, so the guys will have to serve as a counter-charge. Expensive, but there’s nothing else to do. Axes, or spears – it’s up to you. You can save a little, given that this unit does not plan to be at the forefront of the attack. And halberds look better. However - it's a matter of taste. The difference between the 8th and 6th strength can sometimes be critical. 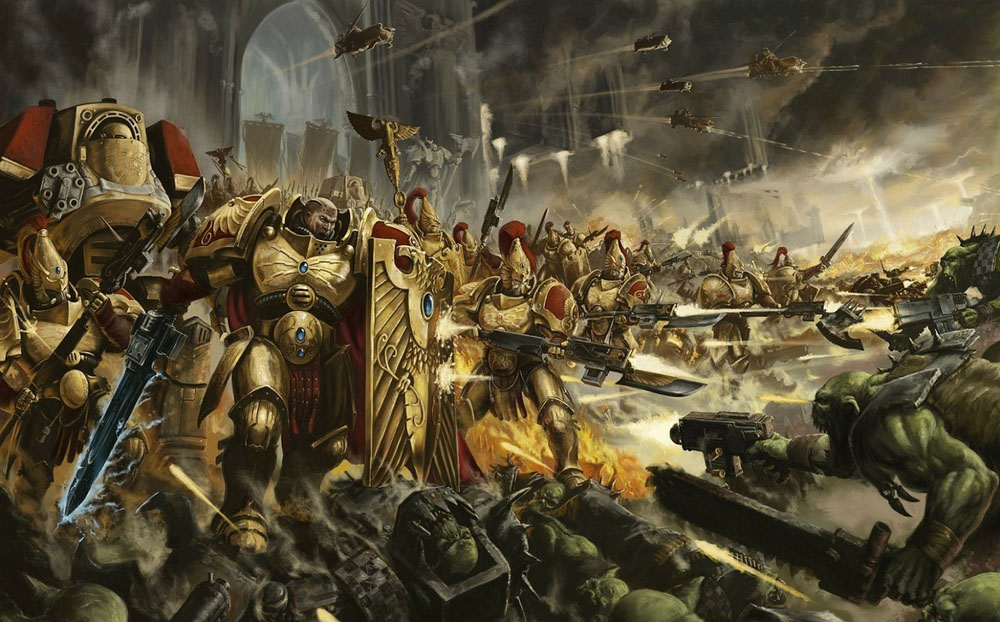 The remaining elite slot is filled with the second box - Allarus Custodes. Three terminators will deepstrike not far from the enemy, and will create considerable problems. In their case, it's better to take axes. Now is the time to call for the Captain, who is waiting for his time. Give him an artifact +1 to the invuln (3 ++ without any shield is very tasty), and spend a command point, obtained for this detachment, in order to teleport him alongside with the terminators. Now this is a serious threat. It will be best to wait until the enemy approaches, and drop this strike fist as late as possible, so as not to be under focused fire in case of unsuccessful charge – don’t forget about the price of each Custodes model. 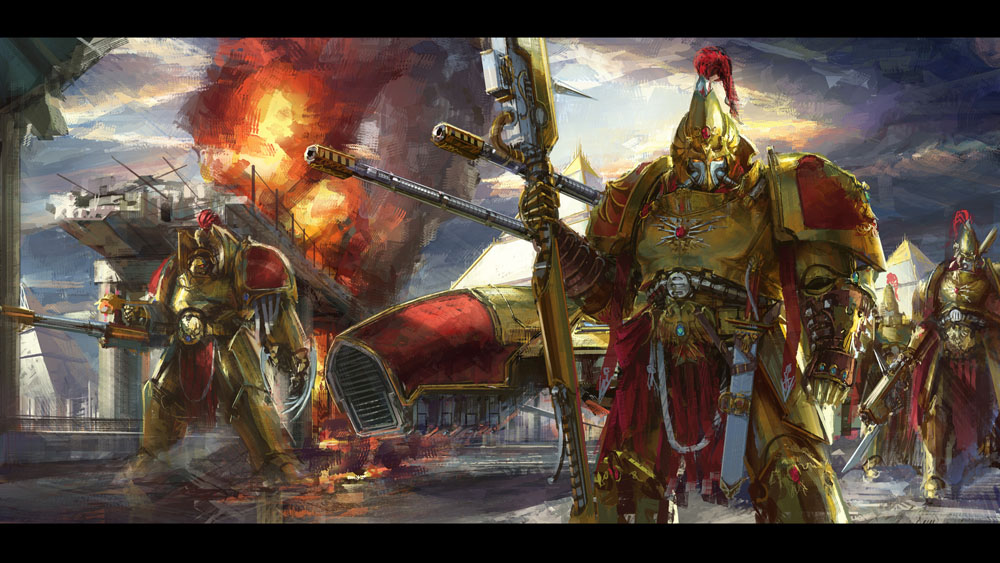 Why not the captain in TDA? Well, he's obviously more expensive. In addition, then we would have to take two boxes of terminators, and there will be 4 useless Wardens. In our case, only two boxes form a complete detachment of 713 points (if you don’t take misericordias). It is perfectly combined with almost any army of the Imperium, and it is quite self-sufficient. It is also possible to add bikers - they are certainly good, and it would be a mistake to ignore them. Everything is simple with them - a separate box, separate, self-sufficient unit, able to compensate the low mobility of your army and to tie your opponent down on your terms. 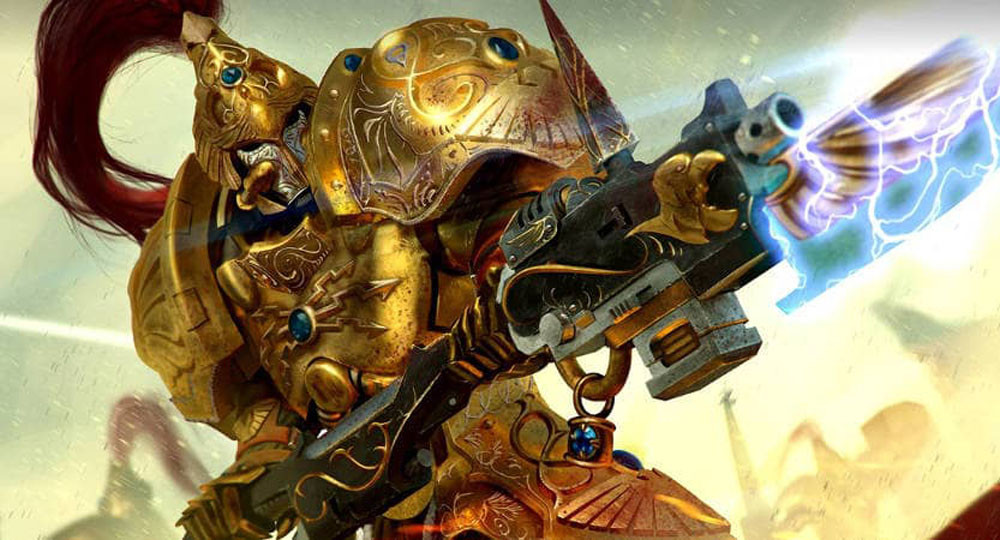 Let’s admit, the game for the Custodes is rather monotonous - the same weapons in all the units do not add variety. But in our case, we used all new sets of Custodes, and created the most universal allied detachment, which can diversify the game of any roster.