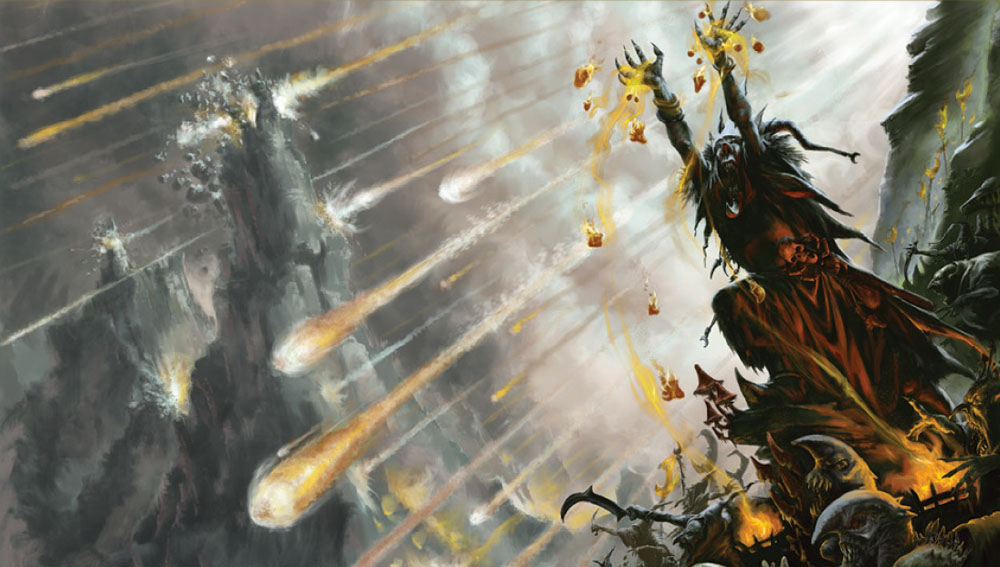 The main feature of this army is Bad Moon, that rises over the battlefield during the battle. You choose the corner, where it will start its way and roll a dice at the end of each battle round to kame it moves diagonally over the table. 6 – and the Moon will move right to the middle, 2-5 – and it will move half of this range. 1 – and it stands still. And this continues until it goes off the table. When the Moon is in the middle, it covers all the battlefield, when in quarters – only the particular quarter. In this dead light, you can deal mortal wounds to enemy units, your mages cast better, and enemies – worse, squiggs charge after running, grots re-roll 1-s to hit, spiders activate poison on 5+, and troggoths regenerate better. A lot of bonuses for your army at once. Not serious ones, but in general they definitely make your gitz stronger. 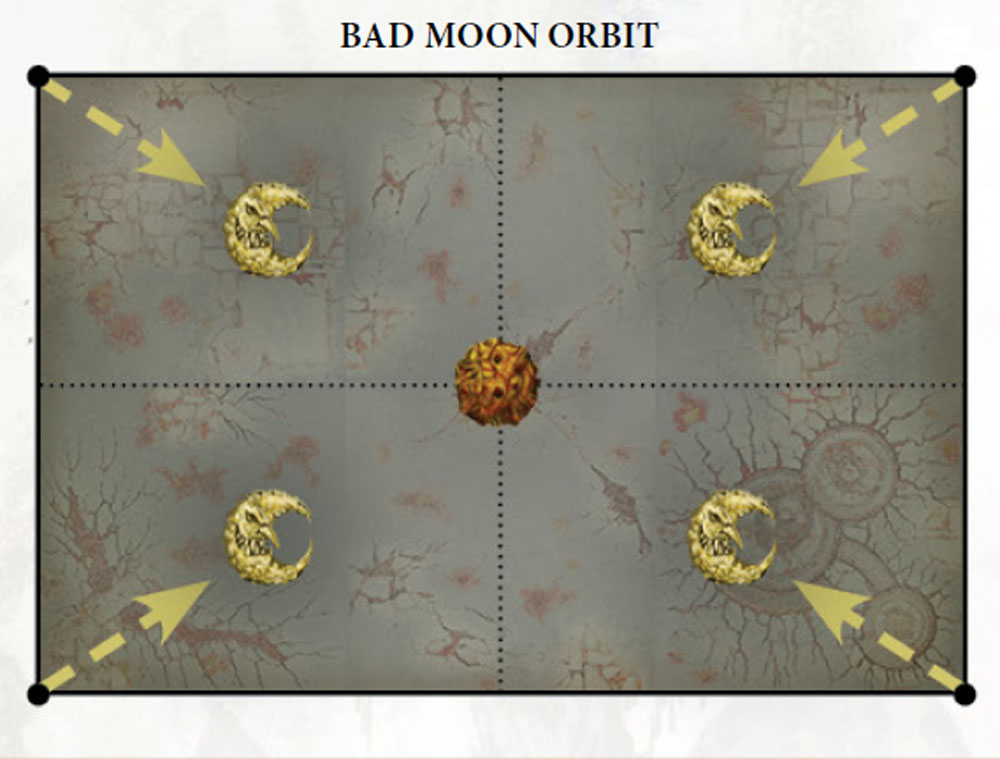 Here you have a lot of tactics options – wait until the Moon rises, or move forward, and let it shine over your range units. Also, there’s still a big random part. Your Moon can either set in the middle and stay for the rest of the battle, or pass this position, and leave you with no bonuses at all. And there’s no way to get it back. However, quite expectedly, you can affect it. Scragrott, the Looking lets you choose, what will the Moon do each turn.  This makes him a musthave character, and totally ruins this Moon mechanics, and devaluates all the tactic thoughts, we described earlier. 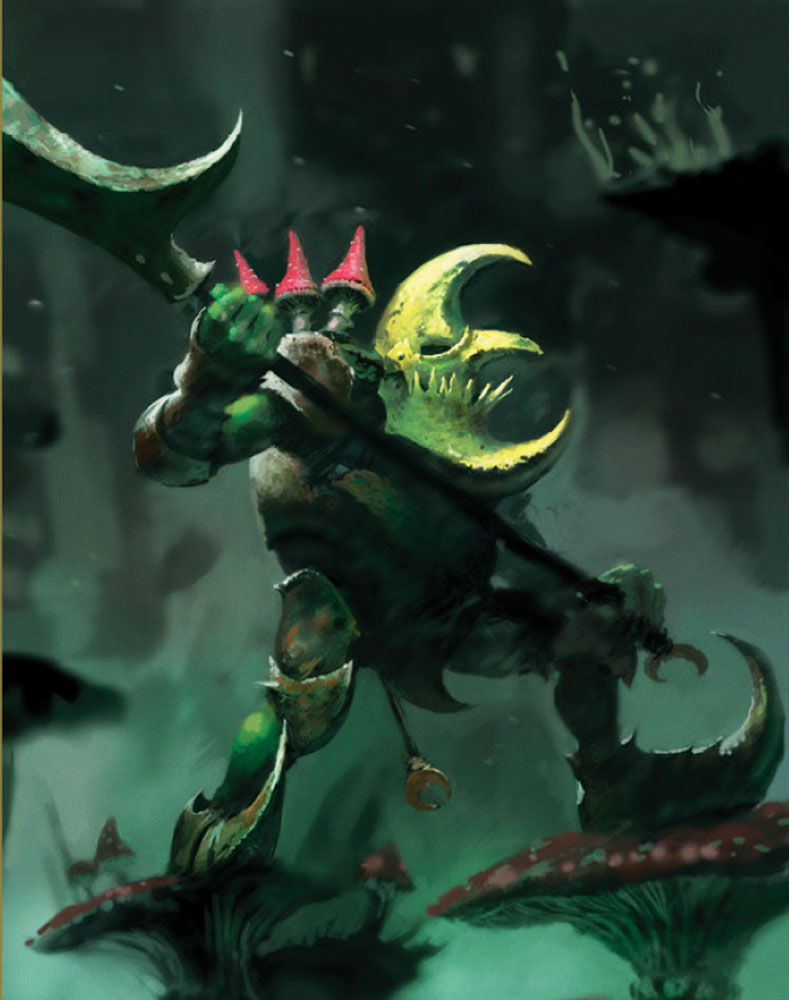 Artifacts and warlord traits are a bit disappointing. There are a lot of them – different for loonbosses, shamans, spider boss, and troggoths, but, in general, they grant boring and popular things such as re-rolls hit bonuses, extra attacks, and protection from mortal wounds. The memorable ones are just boss trait, that lets him run 2D6 away after his attacks, and Troggoths’ artifact, that gives him 4+ save from everything, but so tasty, the troll can eat it on the roll of 1. 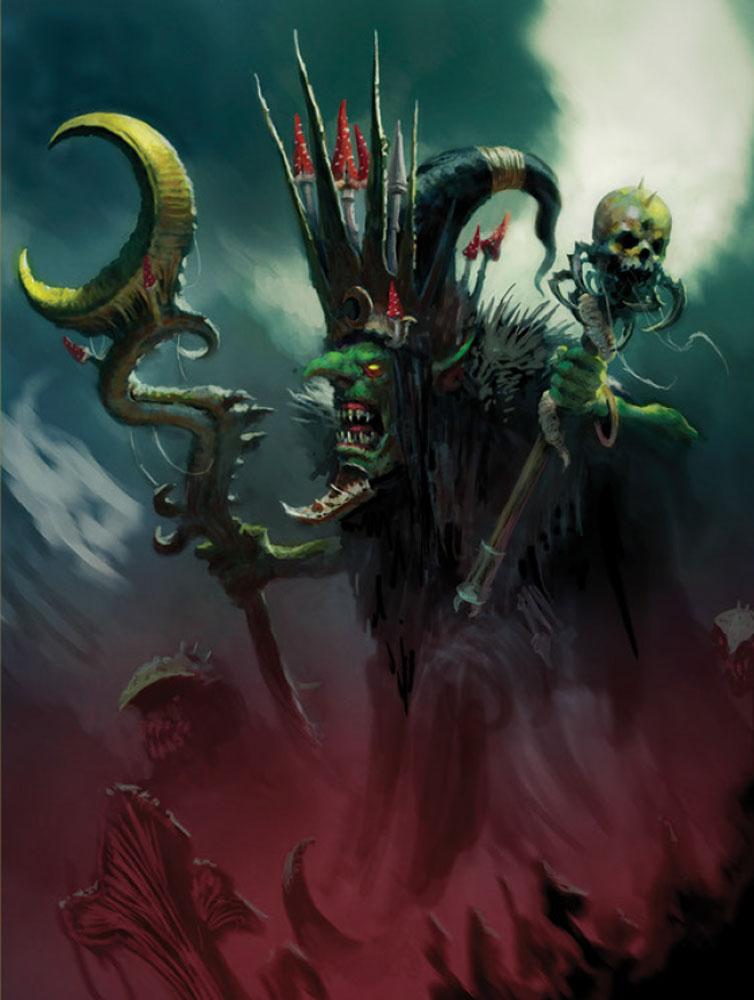 Magic is a bit more interesting – two lores, for shamans and for spiderfang mages. The first has interesting abilities like making the enemy unit fight last, teleport yours, or let your squigs charge after running. The second lore can be interesting for you if you want to cover a ruin with spiderweb, and make them dangerous, make the enemy always miss on 1-2, (useful against heroes), or boost your spiders like squigs in the previous lore. 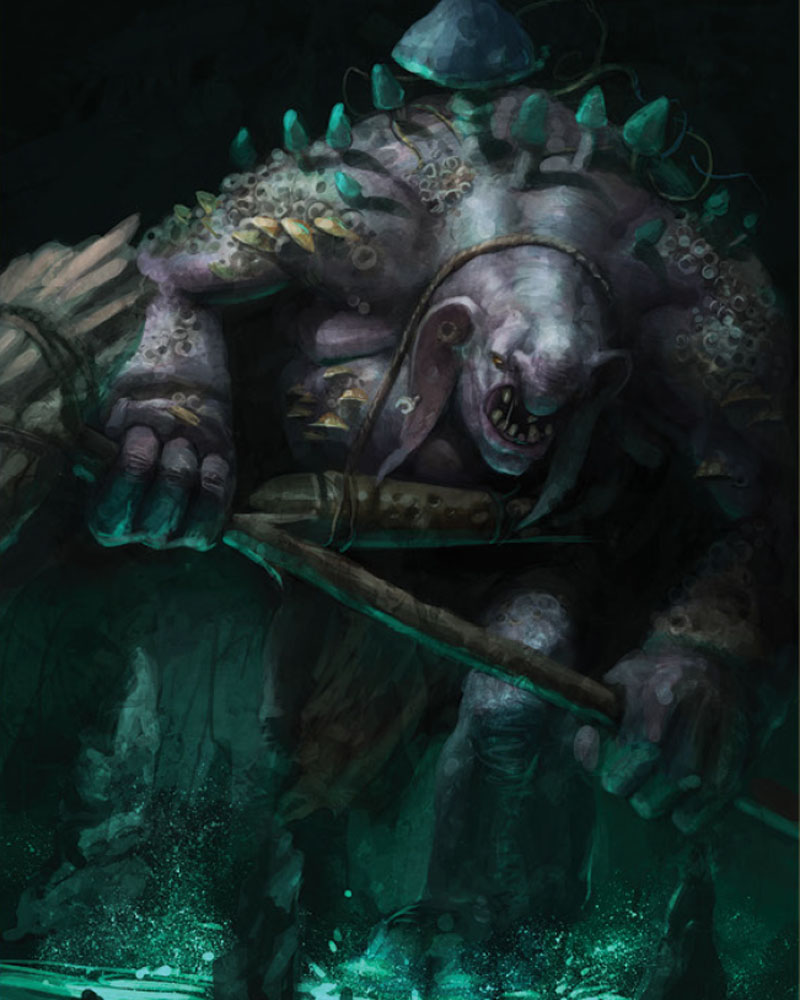 Bad Moon Loonshrine is placed on the battlefield like any other faction terrain, and makes all your units around it fearless, and resurrects your base troops units. In half size, though. Fun, but not musthave thing. 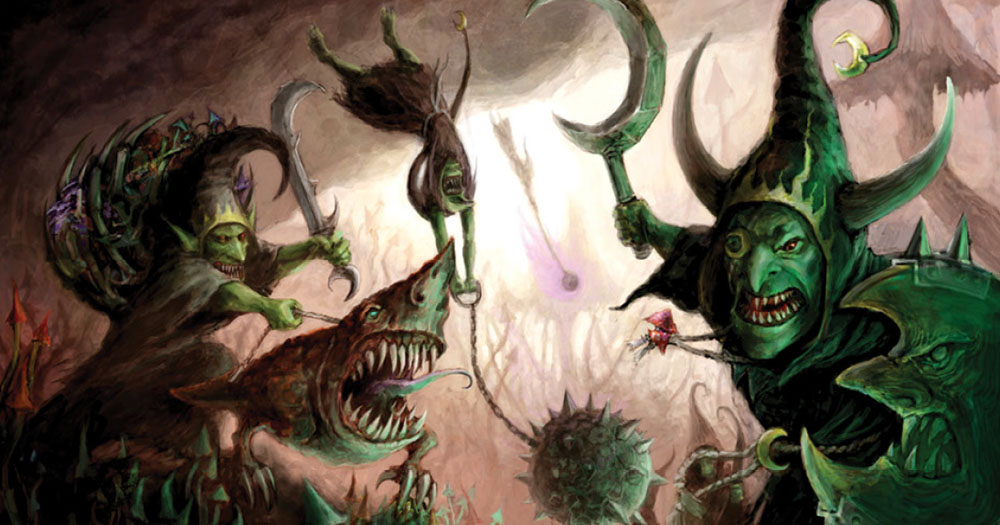 Model range has expanded so greatly that it compensates boring artifacts and traits. Who cares, what do these miniatures do, when they are so cool? But you need really a lot of them. So, this army is definitely not for the beginners. Collecting and painting so many tiny grots is a tough thing. Sure, you can build an entire army on spiders or troggoths, but this way you’ll miss much fun. 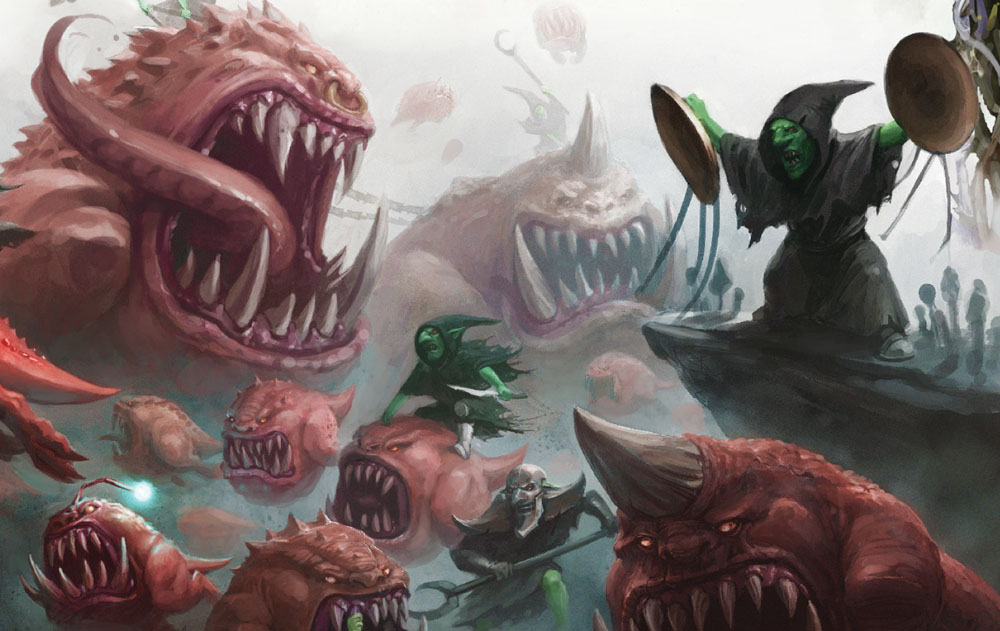 We’ve already mentioned Skragrott, who can control the Moon. Also, he has a funny spell, which lets him destroy enemy artifacts. And there’s also an amazing set «Gobbapalooza», made of 5 different models, which can make a single batallion. All have different abilities, which improve your army in a different way and also work well together. And how about Snifflers, who look for mushrooms, which give nearby grot units extra attacks, but have aftermath… So, this army is worth at least looking at, even if you are not going to play it. 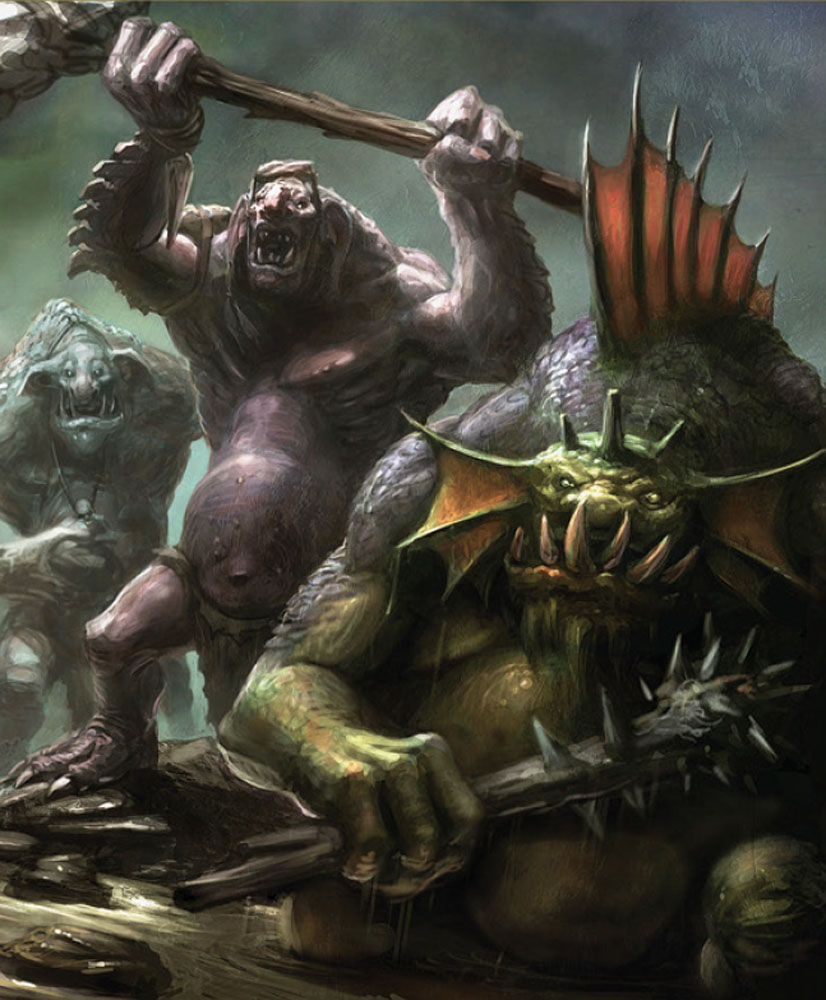 In the long run, we get a nice army with many variations, consisting of separate parts, which also have working synergy.  Boring magic, artifacts and warlord traits are compensated with funny unit special rules. Be sure to read their descriptions and faction background! And if you are not stopped by painting a lot of small miniatures, this army is definitely for you! 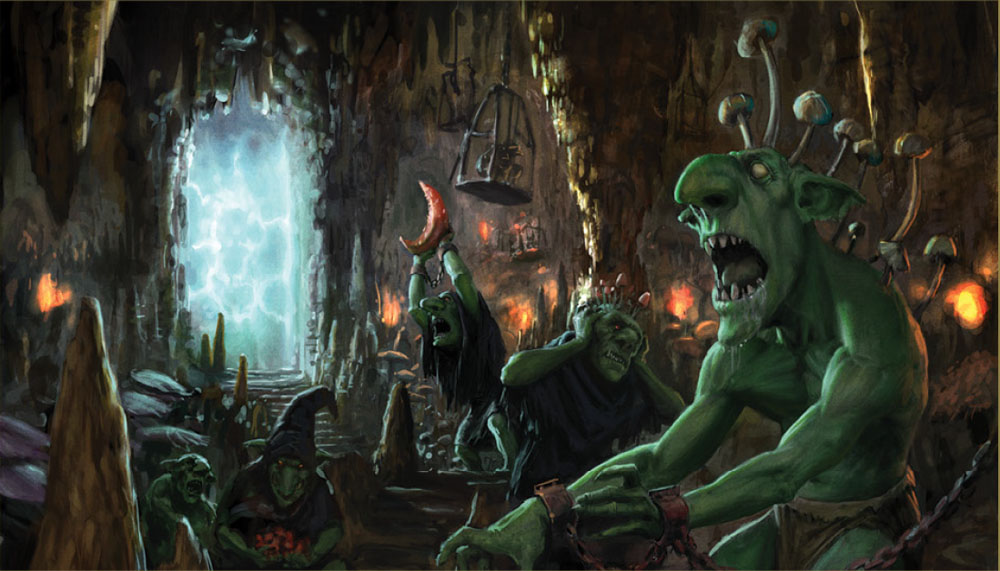