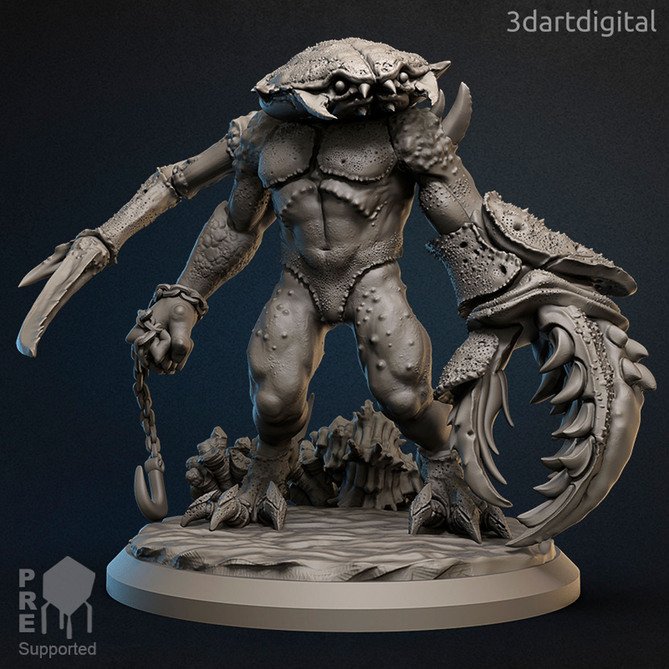 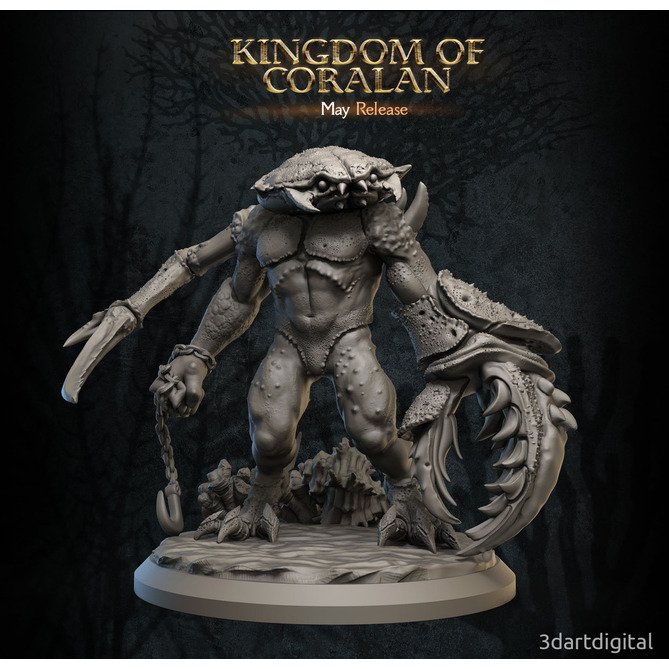 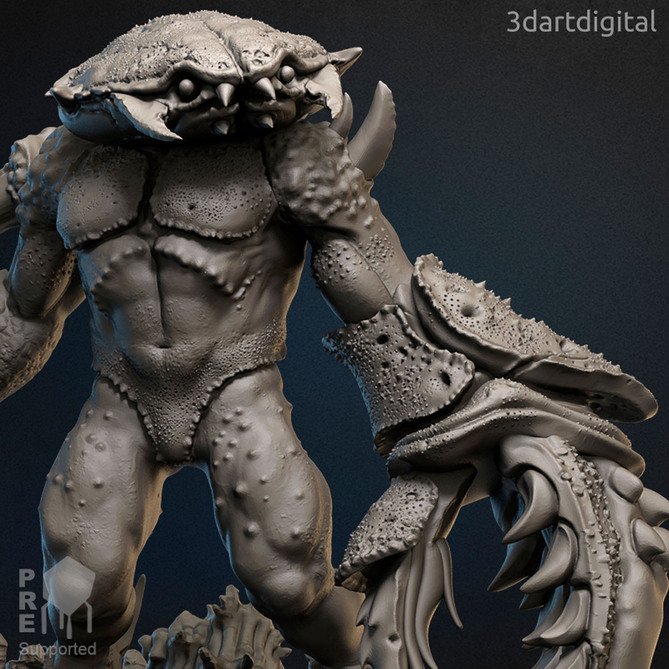 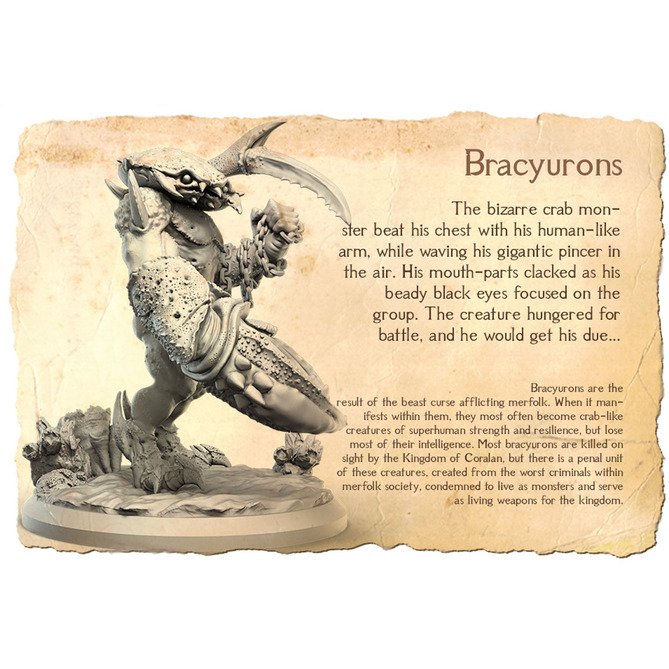 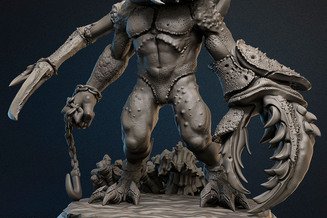 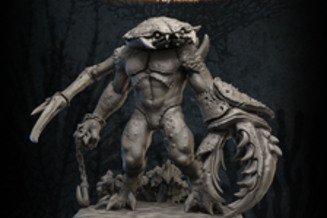 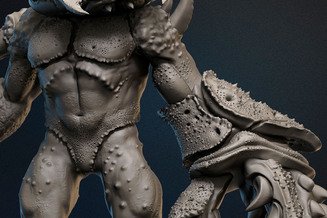 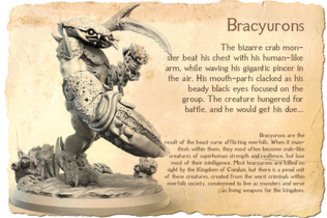 Miniature: Bracyuron
0 reviews / Write one
Available Options
Assembled & Primed:
Reset Options
Qty:
Price:
Add to Cart
Fast order
Description Reviews (0)
Bracyurons (Monsters, 52 MM) - 50mm base Bracyurons are the result of the beast curse afflicting merfolk. When it manifests within them, they most often become crab-like creatures of superhuman strength and resilience, but lose most of their intelligence. Most bracyurons are killed on sight by the Kingdom of Coralan, but there is a penal unit of these creatures, created from the worst criminals within merfolk society, condemned to live as monsters and serve as living weapons for the kingdom. Bracyurons: The bizarre crab monster beat his chest with his human-like arm, while waving his gigantic pincer in the air. His mouth-parts clacked as his beady black eyes focused on the group. The creature hungered for battle, and he would get his due... 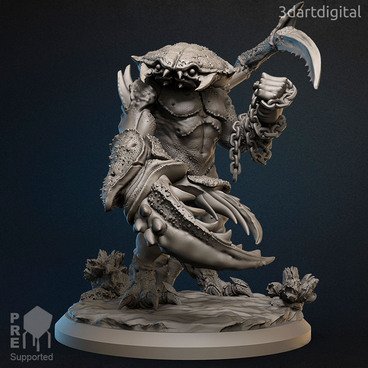