Recent Warhammer 40K games tend to appear if not masterpieces, but decent games, which are pleasant to play, and suitable to recommend. The first part of Battlefleet Gothic: Armada was exactly like this – cheap, but meticulously and carefully made space rts in the grim darkness of far future. However, at one moment, developers from Tindalos Interactive stopped making DLCs and upgrades for the game and announced a full-scale second part. Was it a wise approach? 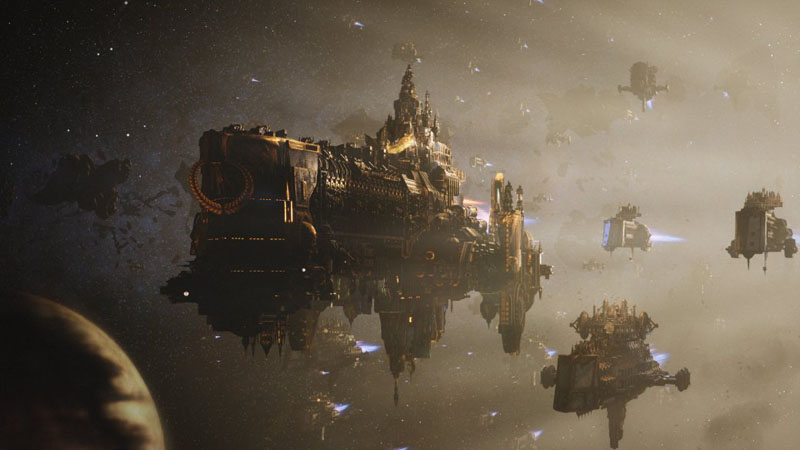 After you play new Armada for a couple of hours, you realize that it definitely was. The first part was profitable enough, so here you can feel a bigger scale in everything: the graphics is better, space battles are bigger, and the sound…it’s awesome. In the same time, the attention to details and care are at the same level – now almost all the factions from tabletop are playable, even Eldar Corsairs. Besides, you can even choose a sub-faction – order, forge-world, legion, etc. And this choice is not limited with classic Ultramarines and Blood Angels – there are all the first found loyal orders and traitor legions, along with Red Corsairs and Renegade warbands.

As before, your ships can be upgraded and customized. The variety is much bigger now, so the reduction in a number of options looks quite logical – otherwise, you might spend the whole day choosing weapons for your barge. A bad thing is that sub-factions affect only the design, but not the abilities. However, it’s still better than Ultramarines vs Chaos. 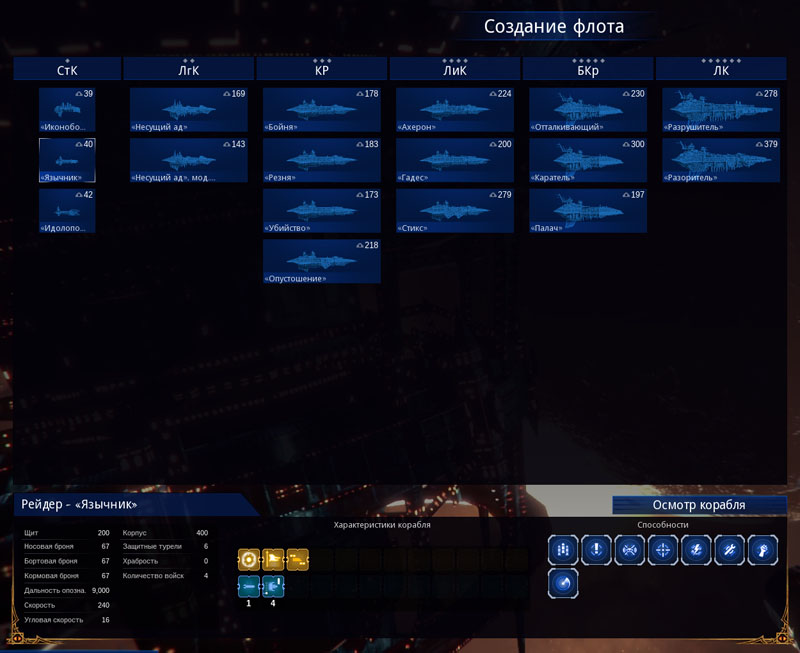 Gameplay is almost the same. Now you need more time to adjust ships automatic behavior since with bigger fleets it’s harder to manage them all at once. In general, Armada is no a hardcore adrenaline strategy, which makes you click 1000 times per minute, but it definitely has a challenge, that will keep you playing for much time. Considering the lack of opponents in this genre, it’s enough. 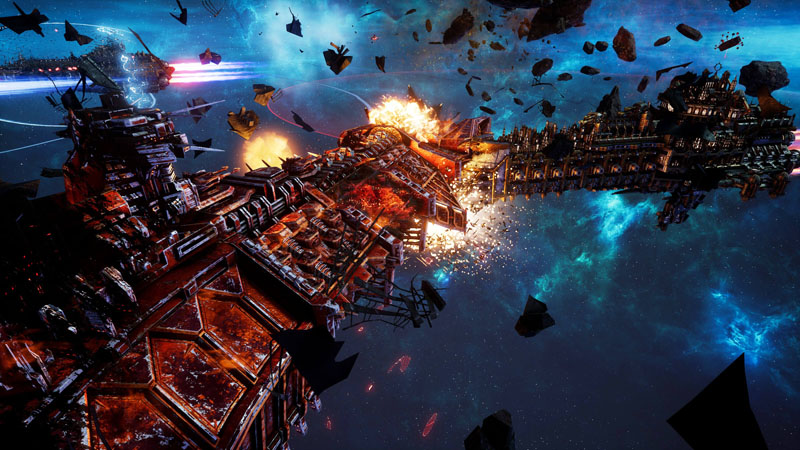 Sure, there’s a campaign. Three of them, in fact. Imperium vs. Chaos, Necrons vs. Mechanicum, and Tyranids vs. everything. They all are connected to each other and have a nice plot – not perfect, but sufficient for Warhammer universe. The greatest thing is that the game pays attention to the recent background changes – Cadia has already fallen, and even Ynnary are playable. This is the attention to details, we’ve mentioned – while the most part of Warhammer games happens somewhere at some time, this one is organically implemented to the main narrative line, nonetheless, without bringing any radical changes. 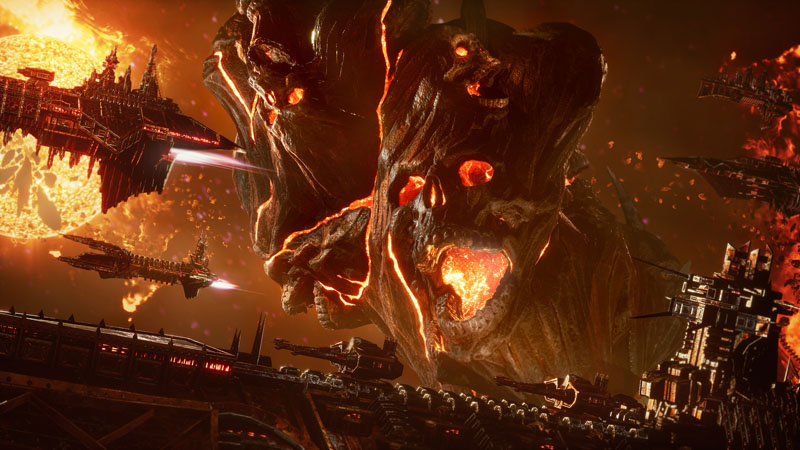 And, even though, there’re no land battles, and the miniatures we are used to, this game lets you feel the Warhammer atmosphere like no one else. Everything as it should be – epic music, spaceships, bigger than a planet, rumbling cannons and roaring commanders. The second part had a bigger budget and it let it become the game, Tindalos Interactive initially wanted to make – with an epic plot, all the possible playable factions, and huge space battles. So, the answer to our first question is obvious – this game is definitely worth paying, and it will definitely make you forget about the first part. 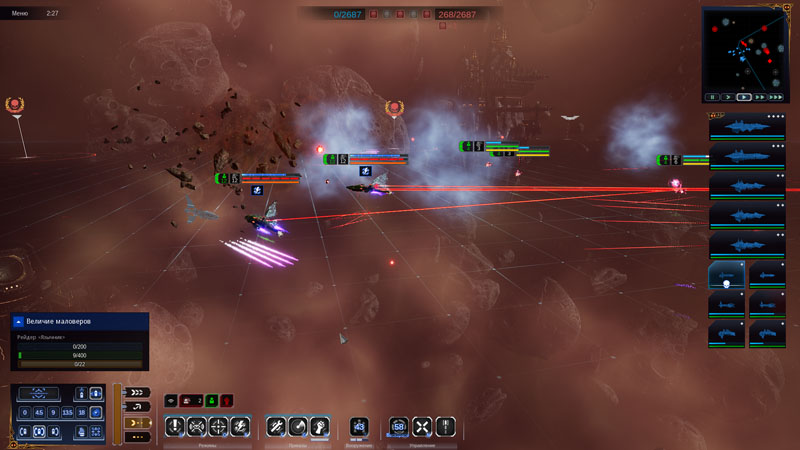