Perhaps, the most interesting news from Warhammer Fest was about Age of Sigmar. Quite unexpectedly, the second edition was announced. And this is not next General's handbook - it's a full-scale new edition. Let's try to guess what to expect from it, based on the information already revealed.

In fact, a new edition is strange and unexpected. After all, we were promised that the rules will be slightly changed with annual updates, without radical rework. Now we are talking about a full-fledged second edition with a fairly wide range of changes. 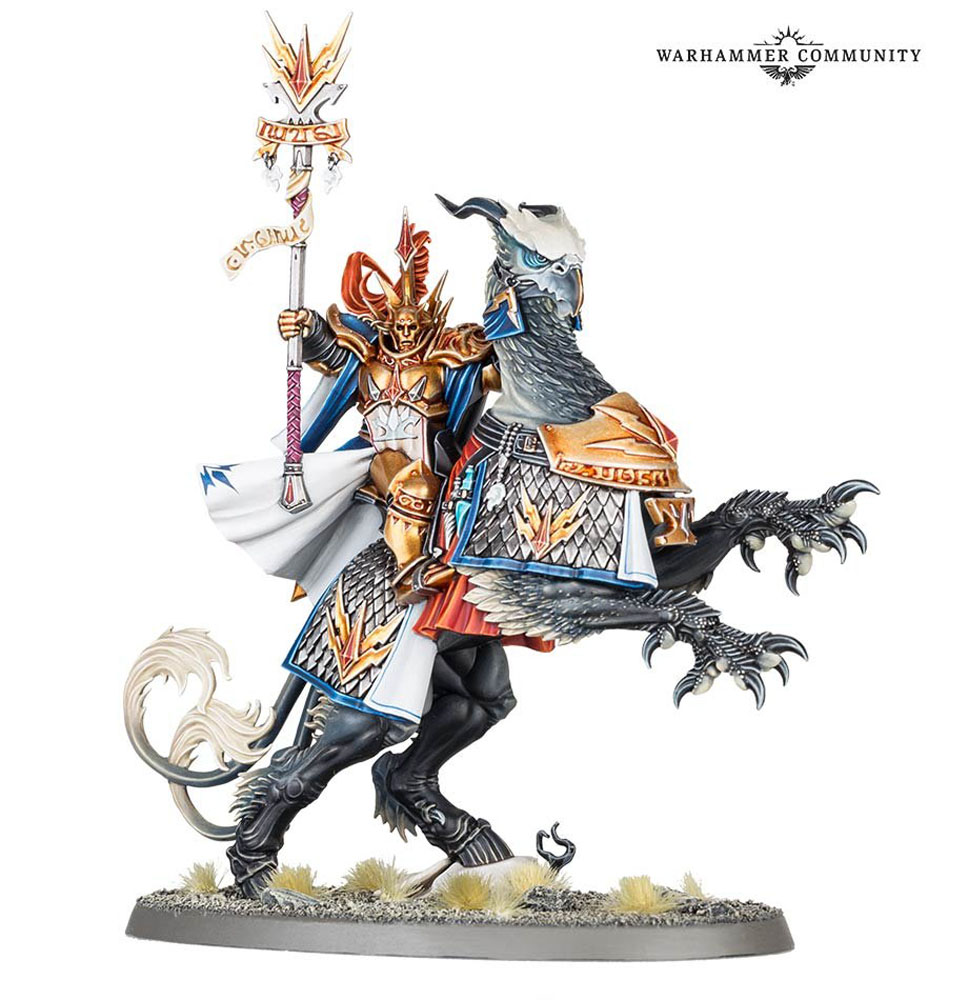 However, we should expect evolutionary changes rather than revolutionary ones. We have already seen a new version of warscrolls - in general, everything is the same there. Only a little change in style, and, most importantly - an image of the miniature. Quite a useful thing. This means that the general mechanics of the game will remain unchanged - nothing like the transition from the 7th to the 8th editions of 40K. 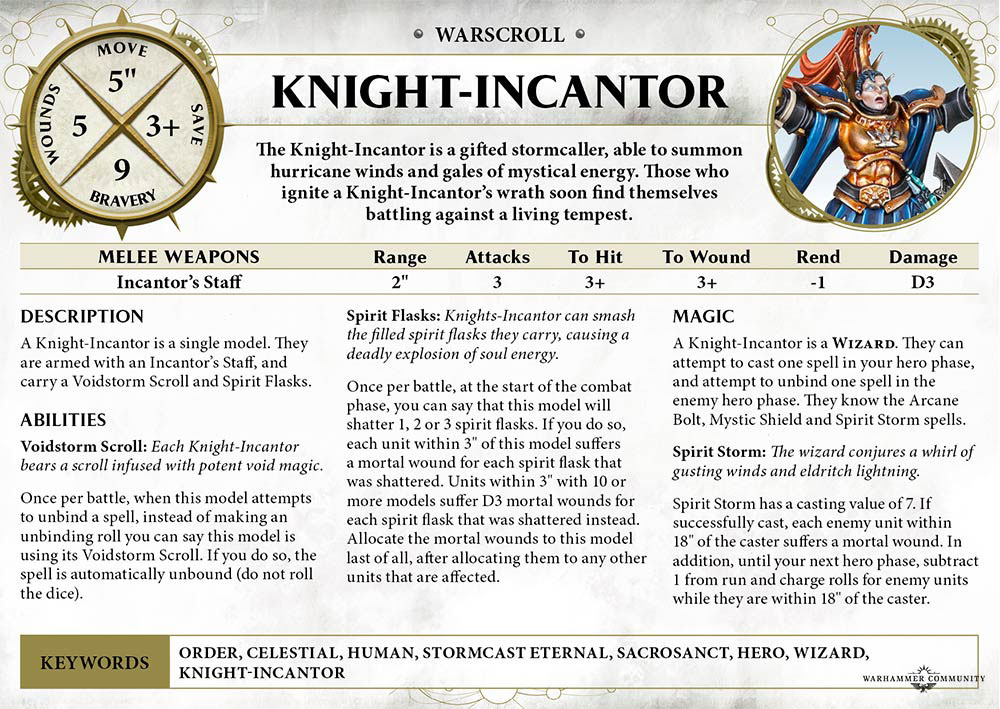 Most likely, the game will be a more thoughtful version of the original - for example, now we will be forbidden to shoot in close combat (which, in general, was necessary), and will get more diverse missions. Already announced objective markers tell us that there will be something like a Maelstrom from 40K. 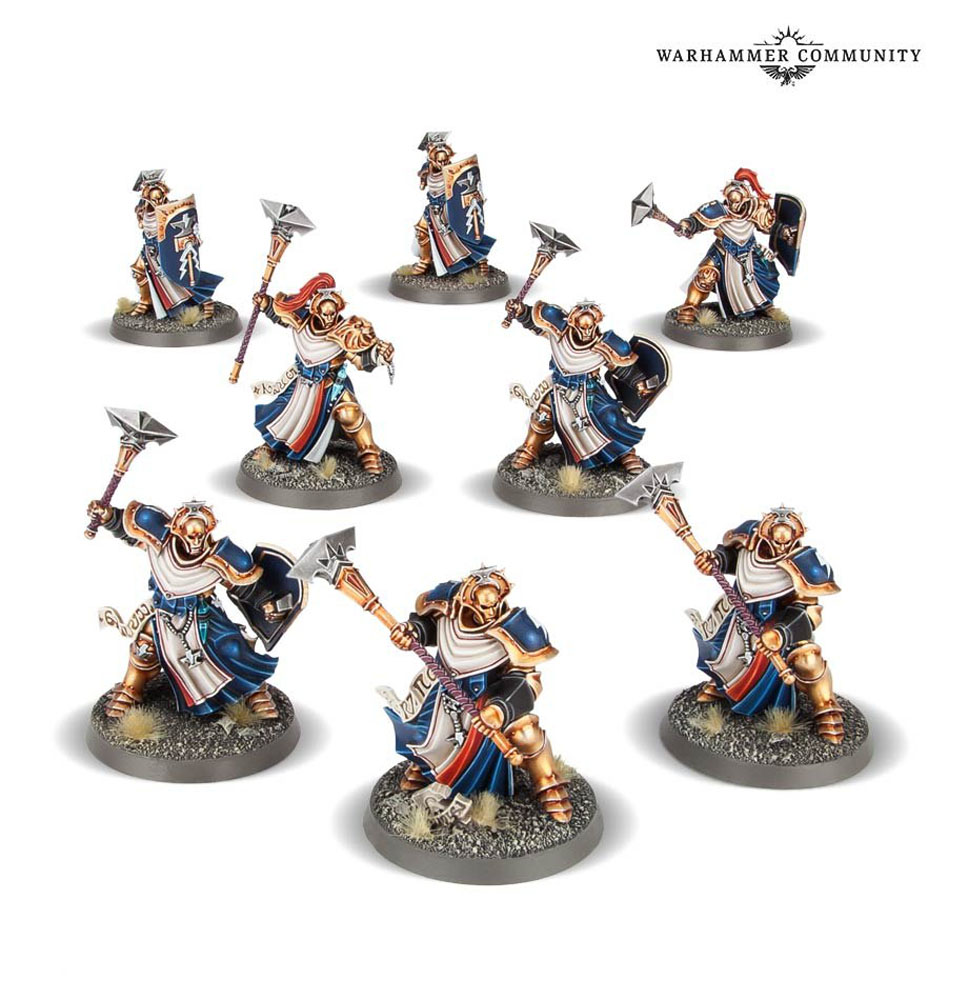 A system of powerpoints is also announced - more precisely, points, because the current points in AoS, in essence, are the same as the powerpoints in 40K. This means that wargear now will cost points. It's pretty unpleasant, considering that in three years of the existence of the wargame, the players have already acquired armies assembled with maximum options, even with some useless ones. Why not take it if you don’t have to pay for it? It is likely that many models will have to be reassembled. 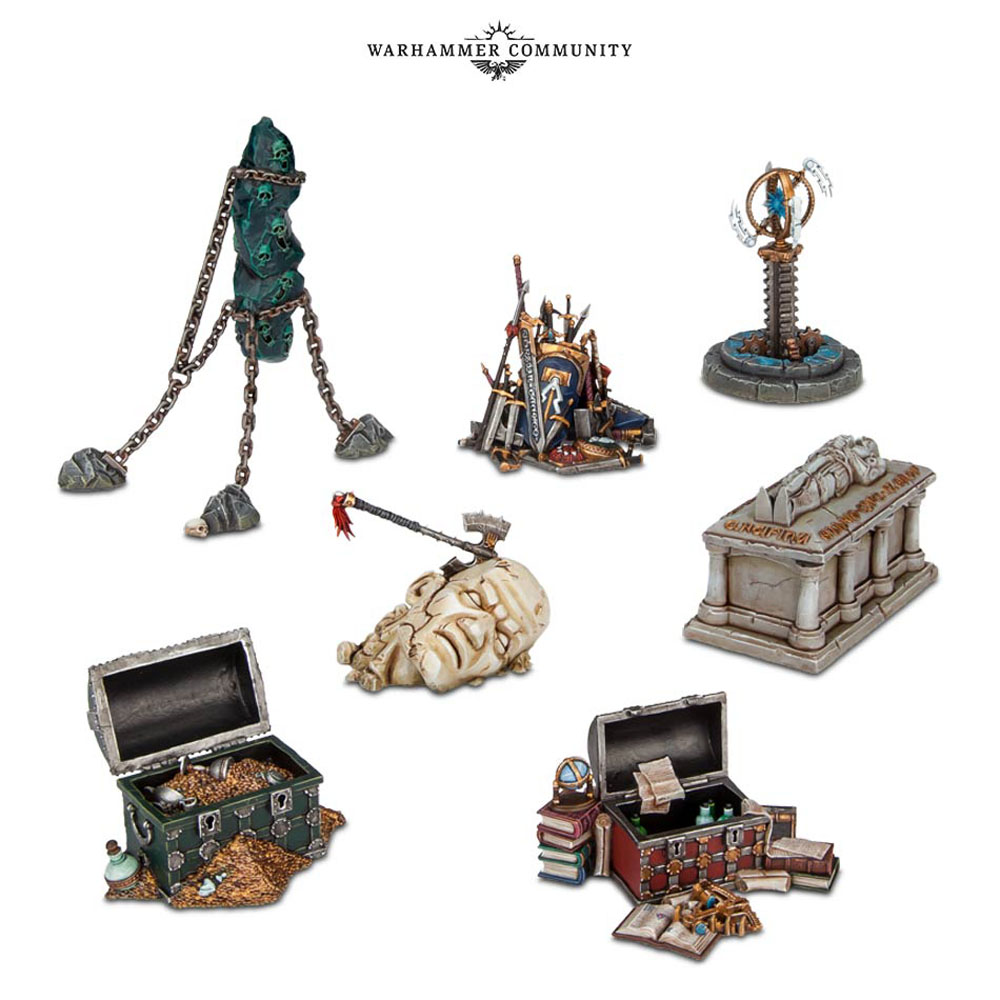 In general, it seems that the rules of two related war games are trying to unify completely. On the one hand, it's good for attracting new players - having mastered one system, you can easily start playing another. However, stricter rules will destroy that atmosphere of carefree and friendly game that AoS was famous for before. Is it worth creating yet another sports discipline from a game originally created for the fans of background and funplay? 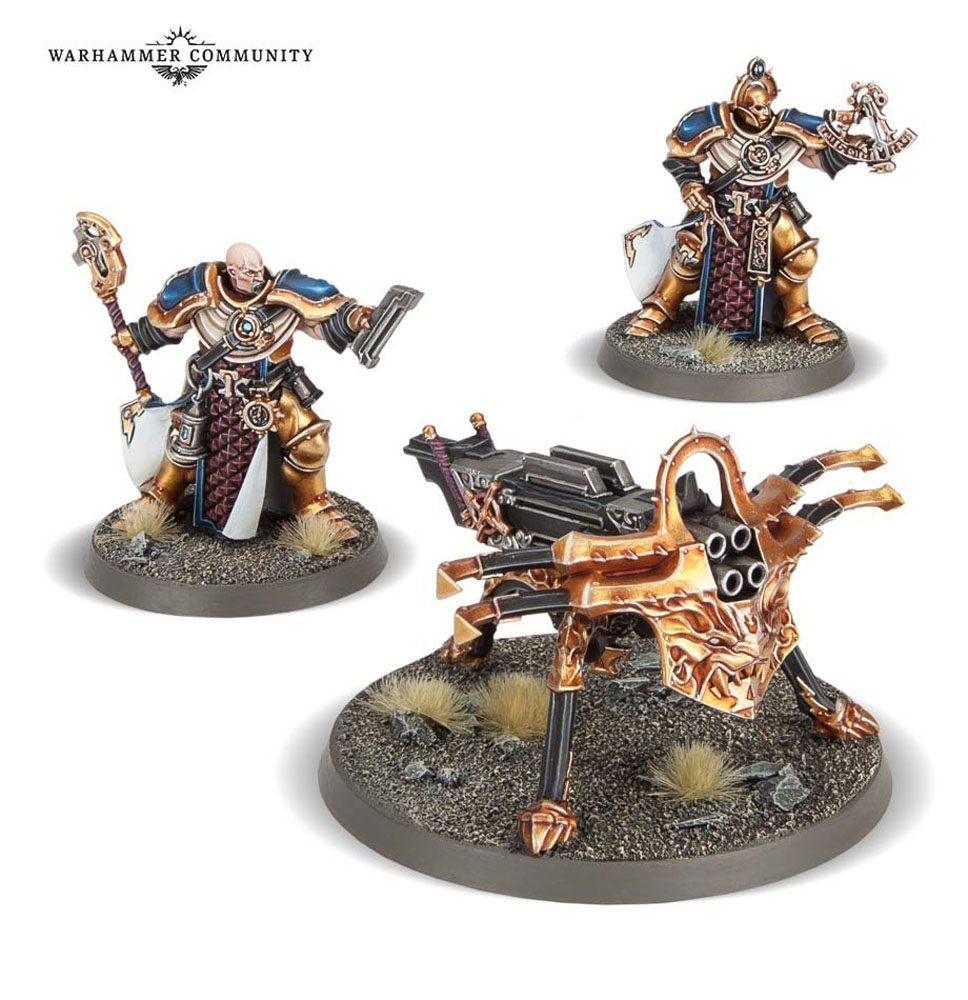 In many respects, the editorial change is caused by the timeline movement. The Malign Portents campaign ended, and its events determined the new position of the forces. Hence, there are two new sub-factions. Nighthaunts - finally, new models for the Death! Incredibly many of them. They look very impressive, albeit similar to each other. In a gloomier color scheme, they will definitely become popular among modelers. Among the declared features – ignore of rend and manipulations with enemy’s leadership. 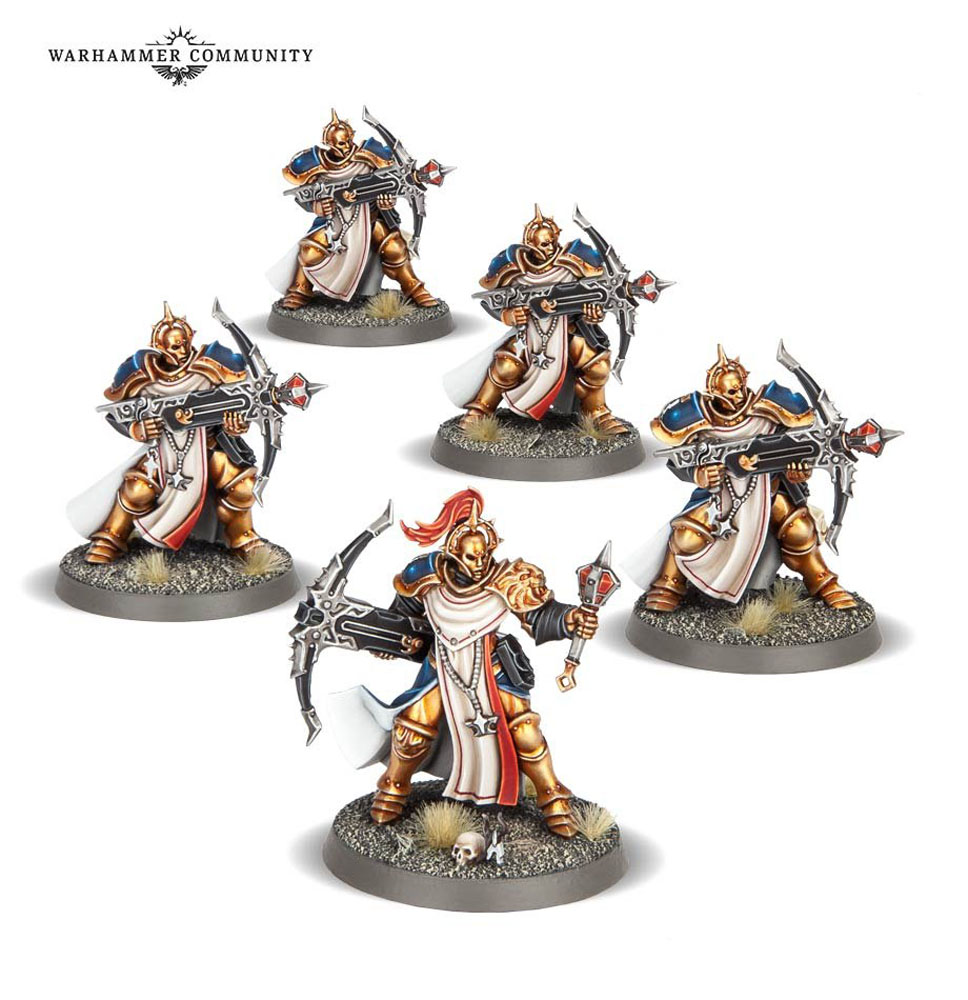 But the new Chamber of the Stormcasts brings some questions. First, there are already too many different Stormcast Eternals. Our editor, even playing for this faction, is somehow annoyed - there are already more Stormcasts than Space Marines in 40K. Secondly, this is already a significant change in the basic game entries - it was originally claimed that the Stormcasts don’t have wizards, and now a whole chamber for them is created. Considering the fact that some factions have not yet been properly developed, the release of another Stormcast chamber looks a bit strange ... 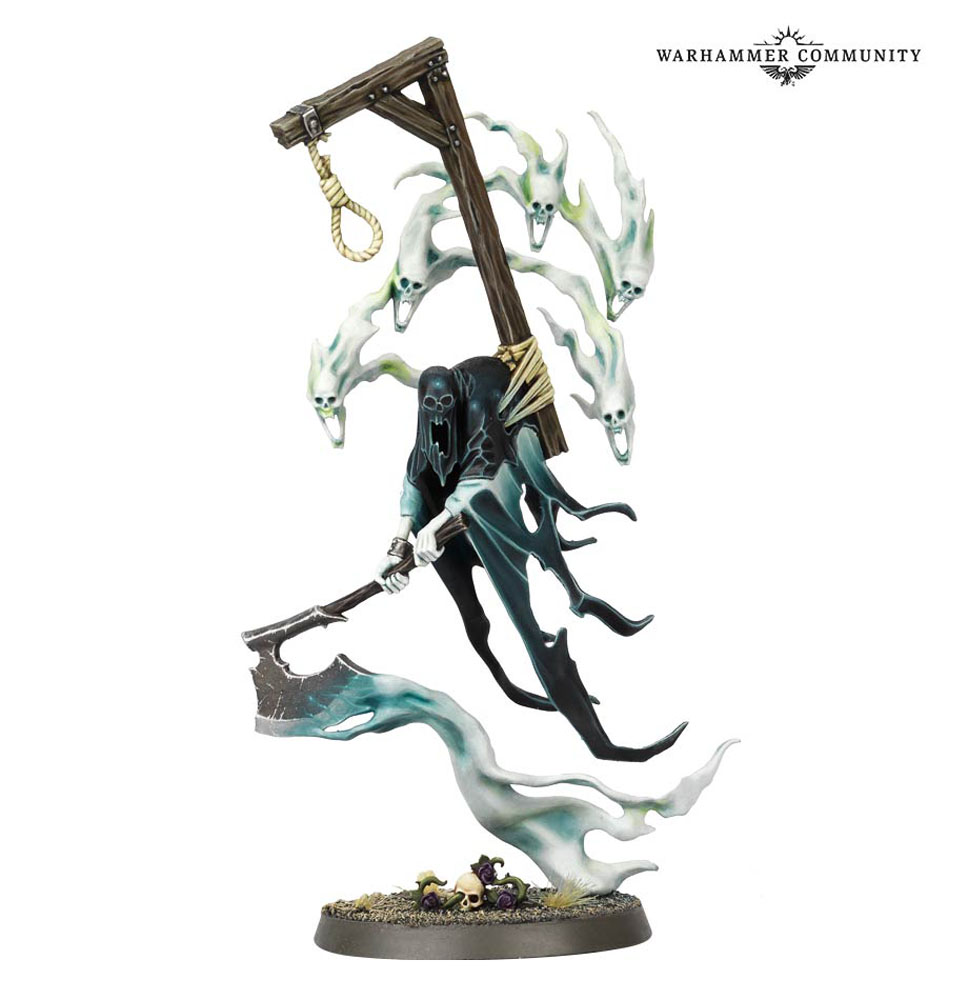 In general, the coming changes are perceived with caution. The AoS balance didn't need global editing - only small changes, which would be enough for another release of General's Handbook. The attempt to further unify the game with 40K is understandable but given how many drawbacks the current 8th edition has, this tendency raises fears for the fate of the funplay-oriented Age of Sigmar. 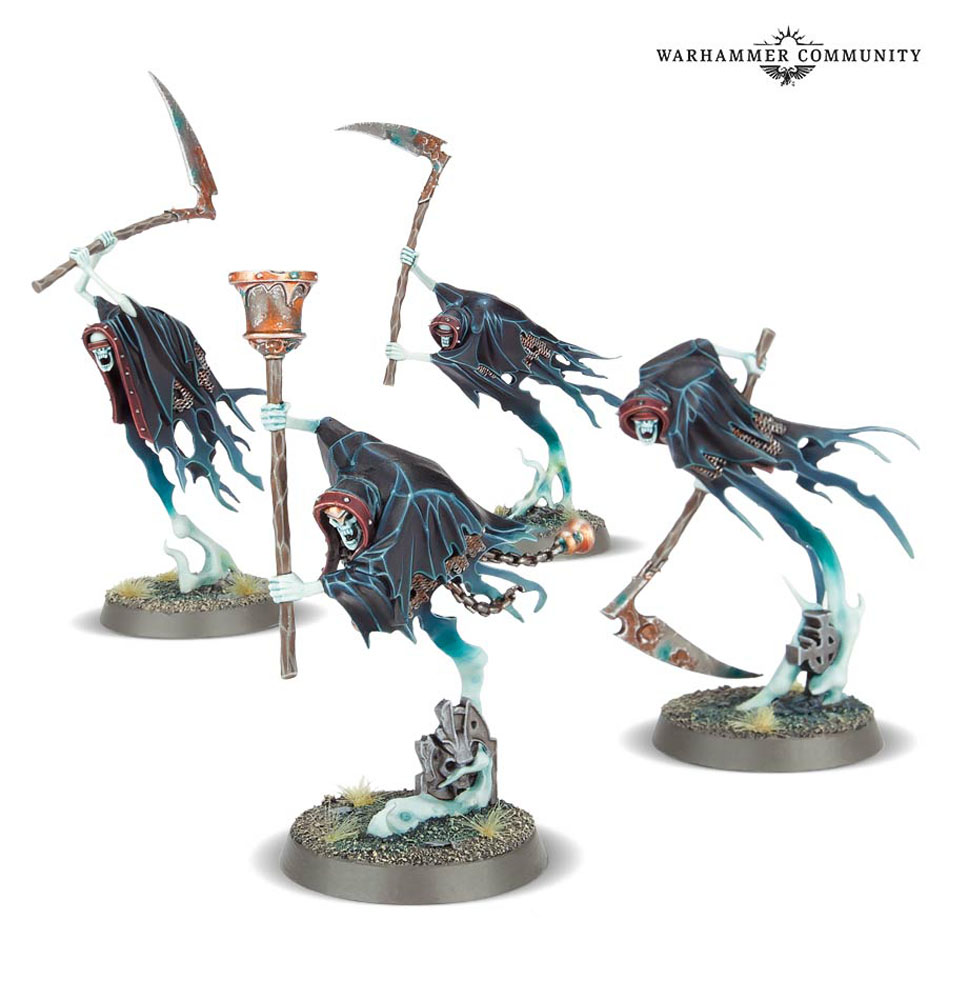 Here you can see some interesting photos with new models from Warhammer Fest. 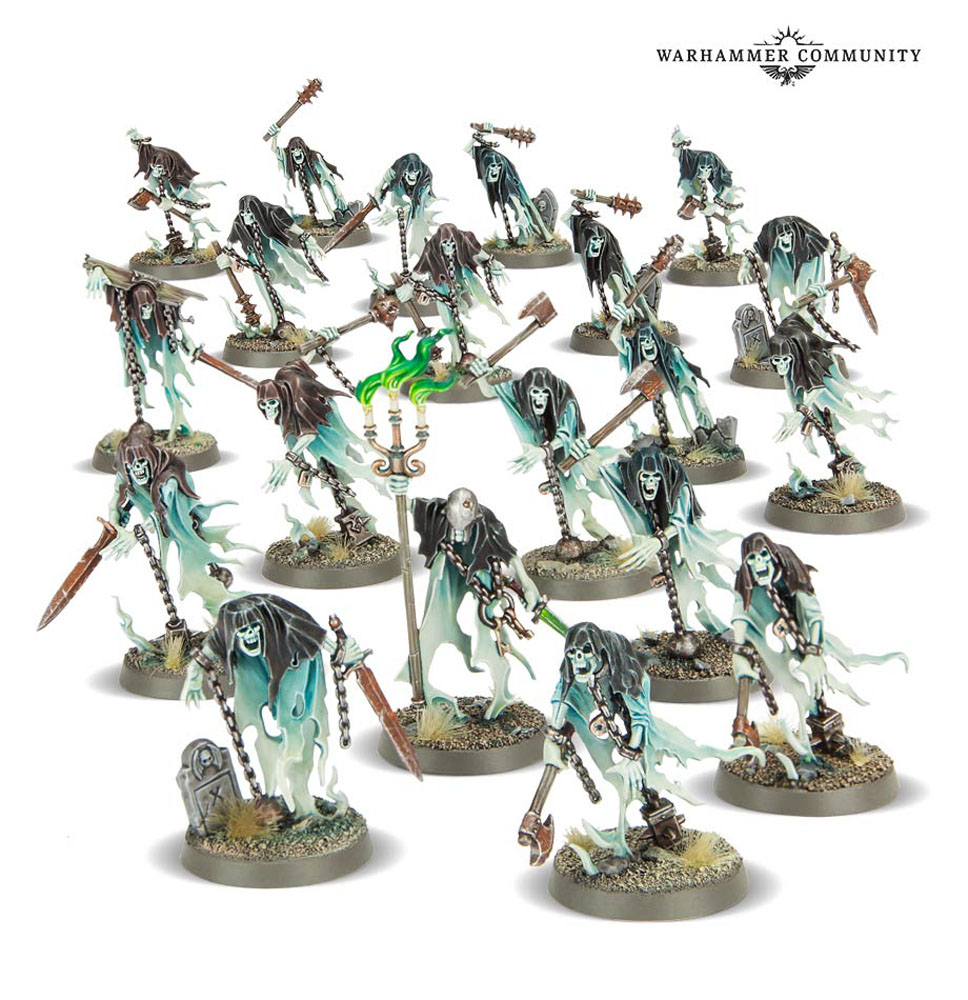 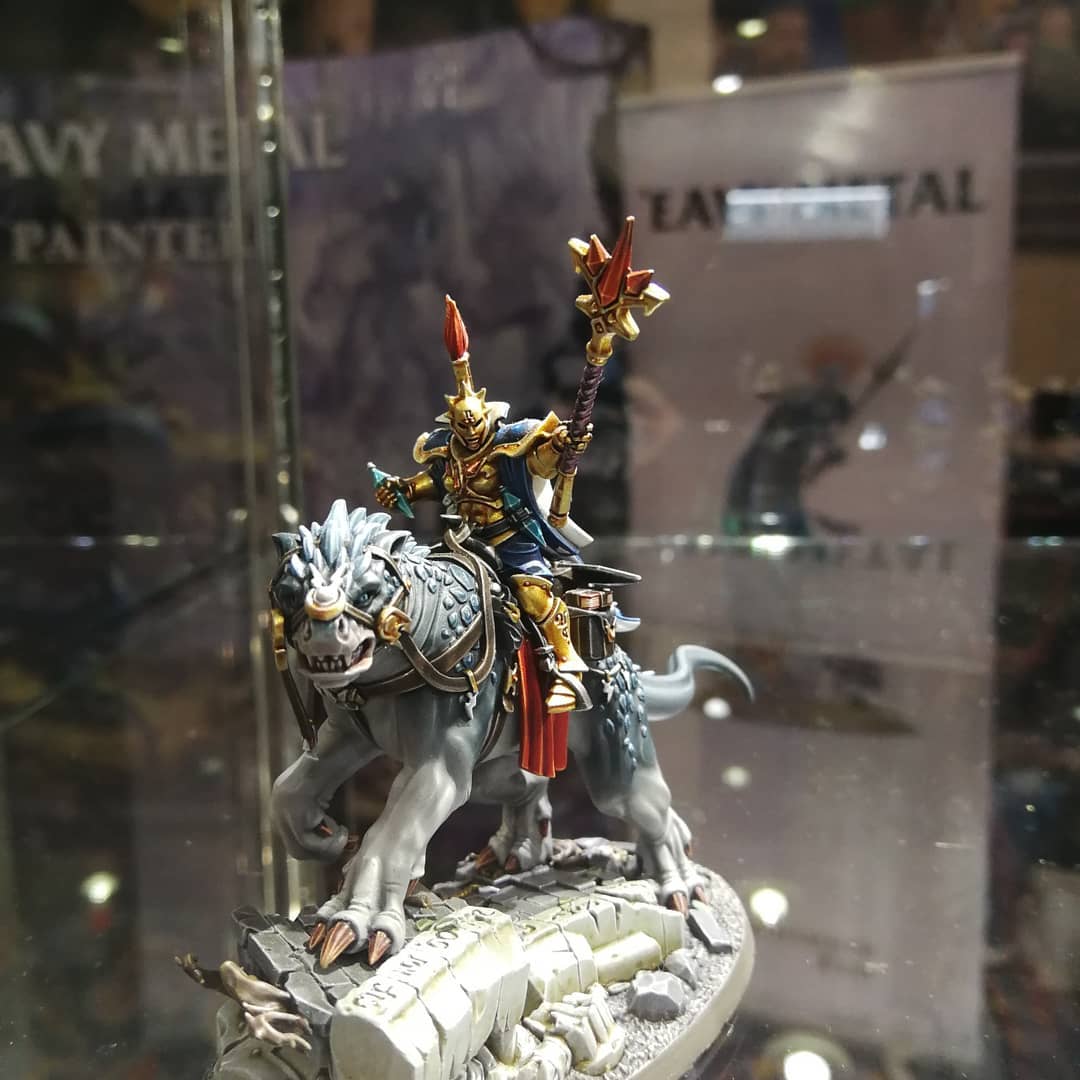 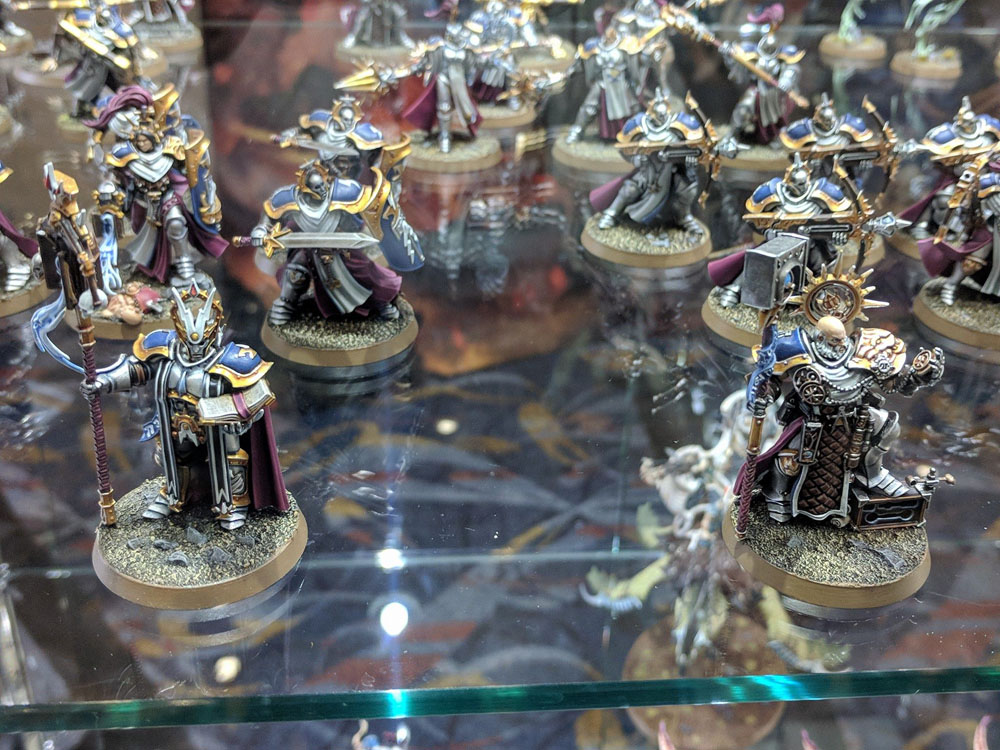 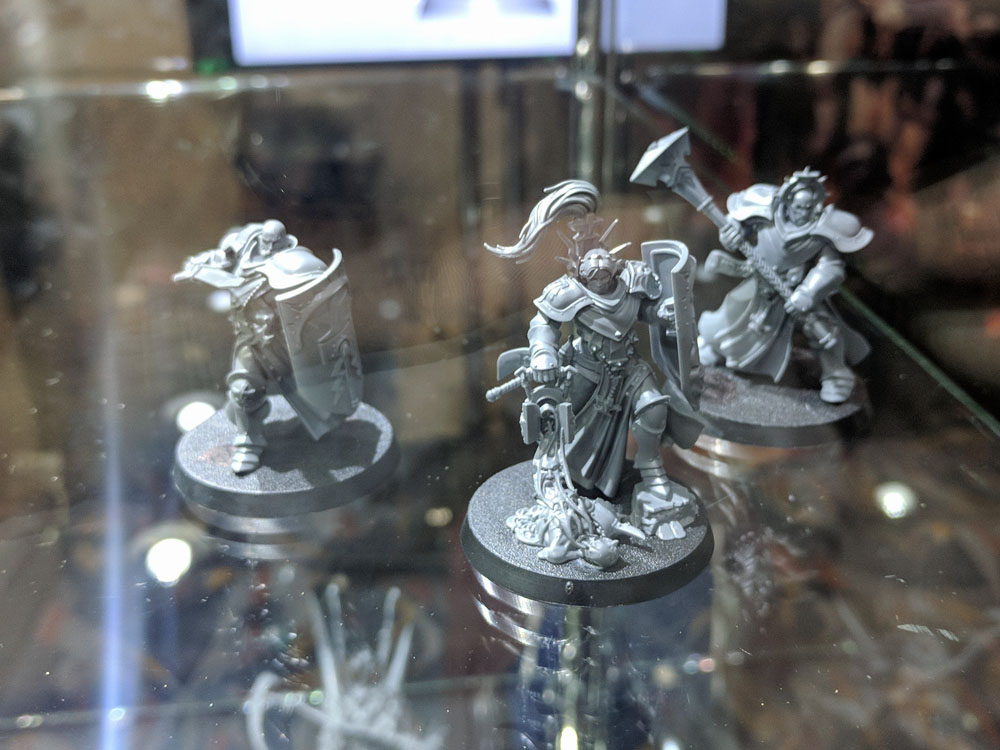 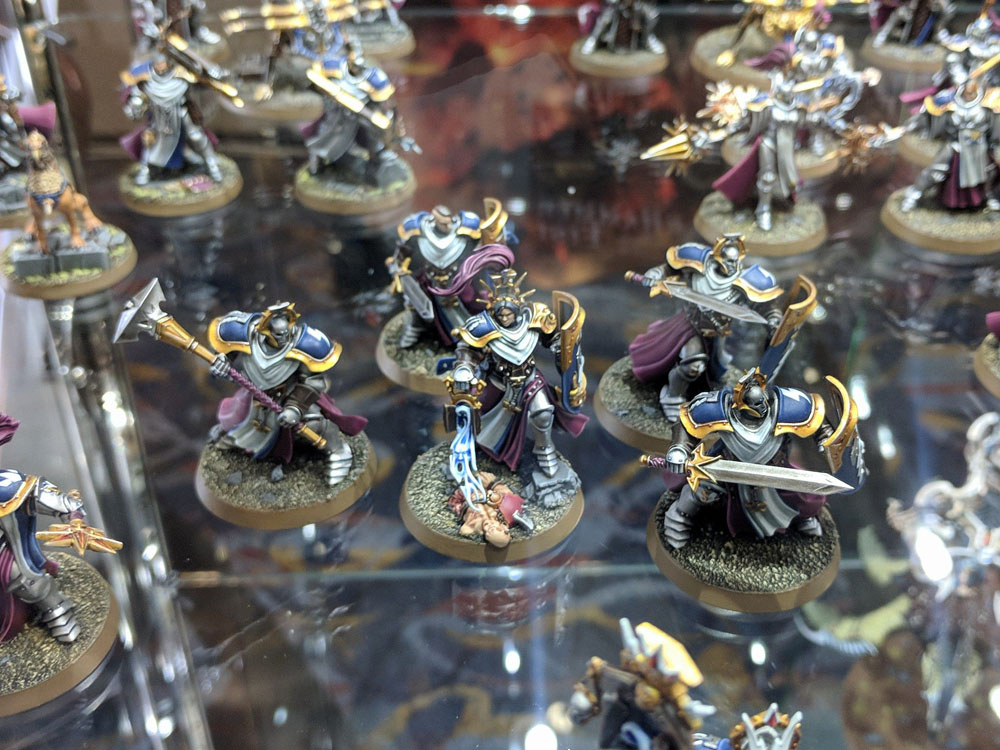 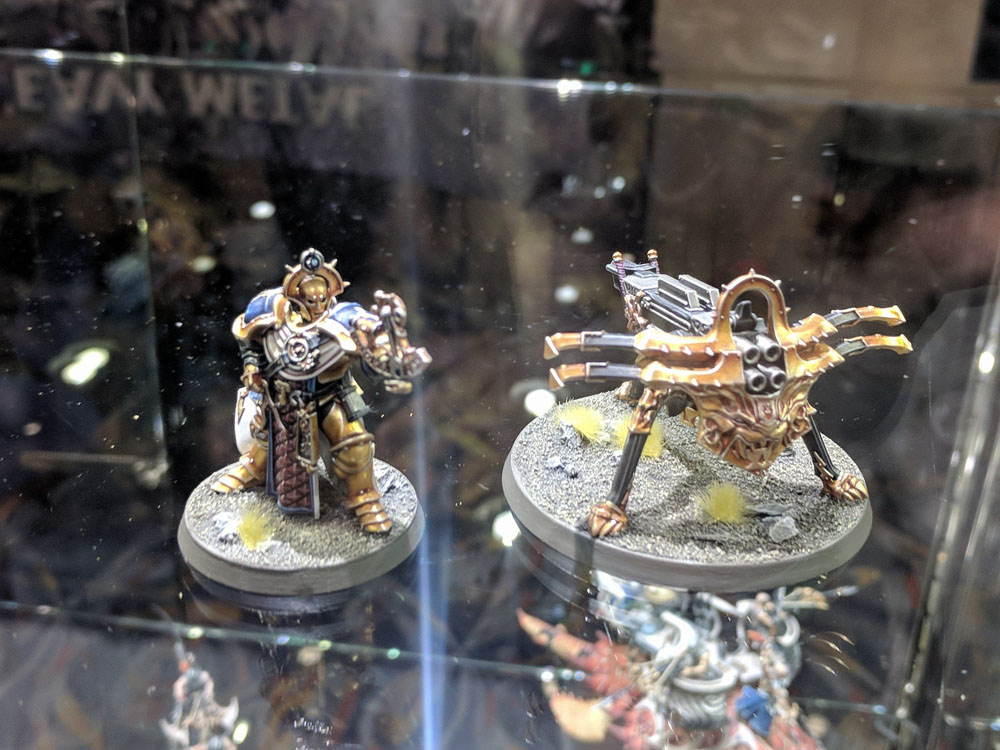 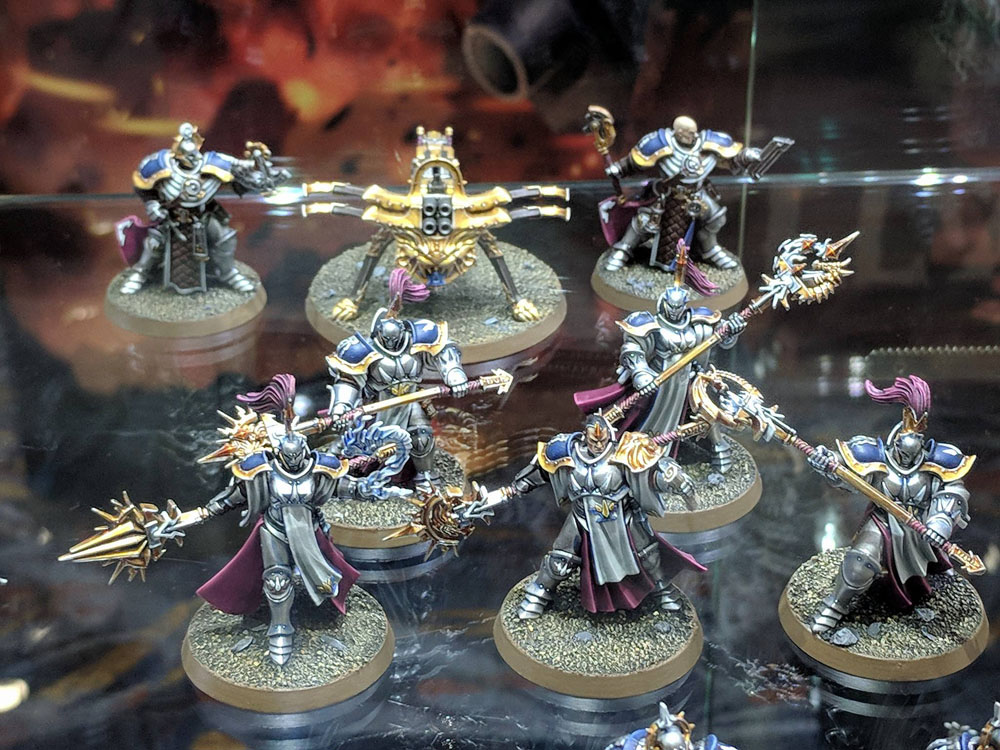 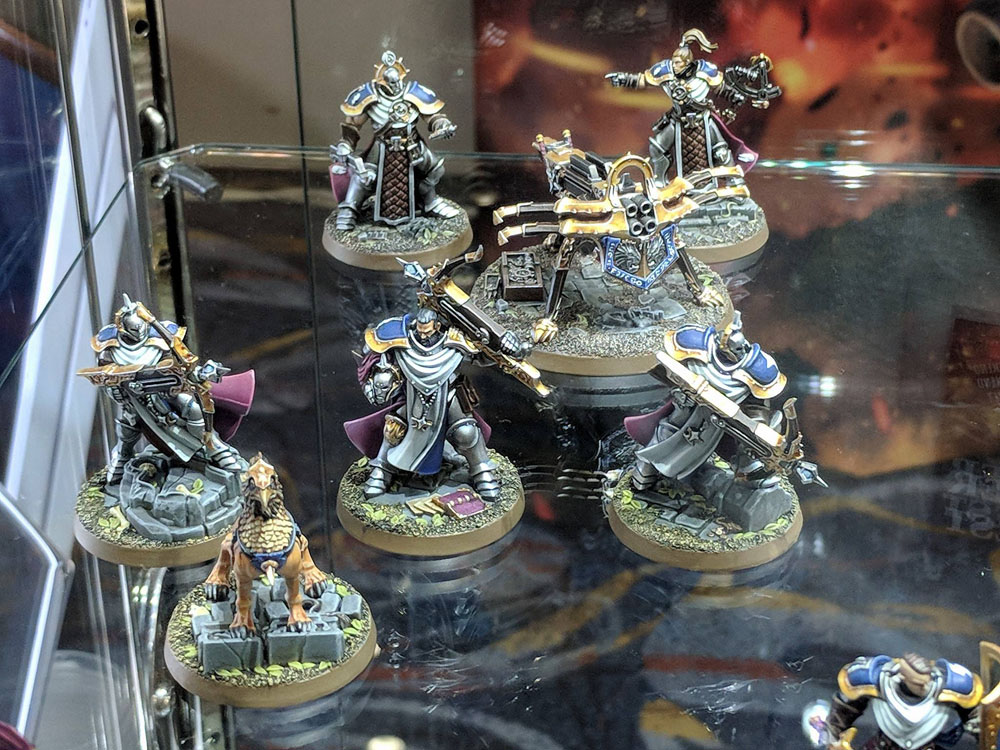 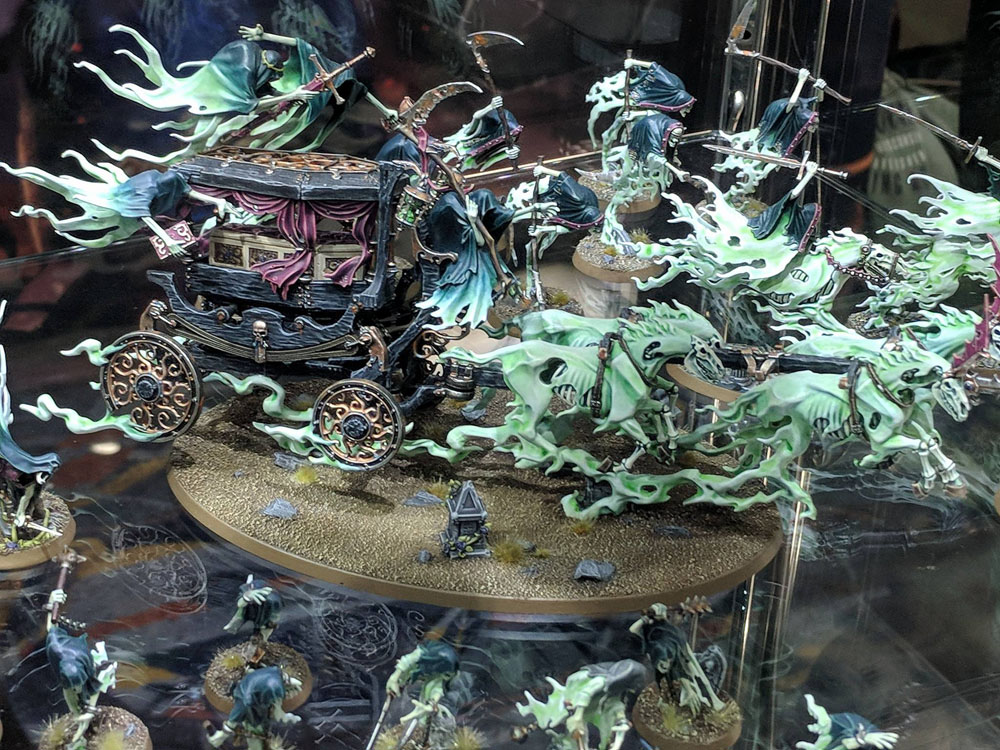 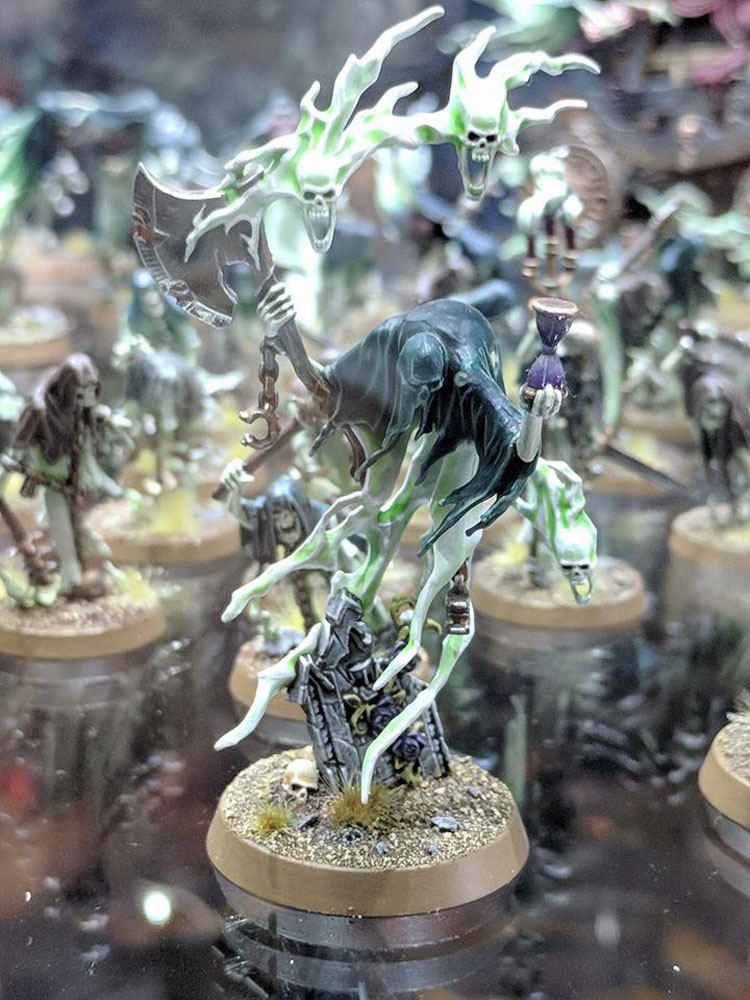 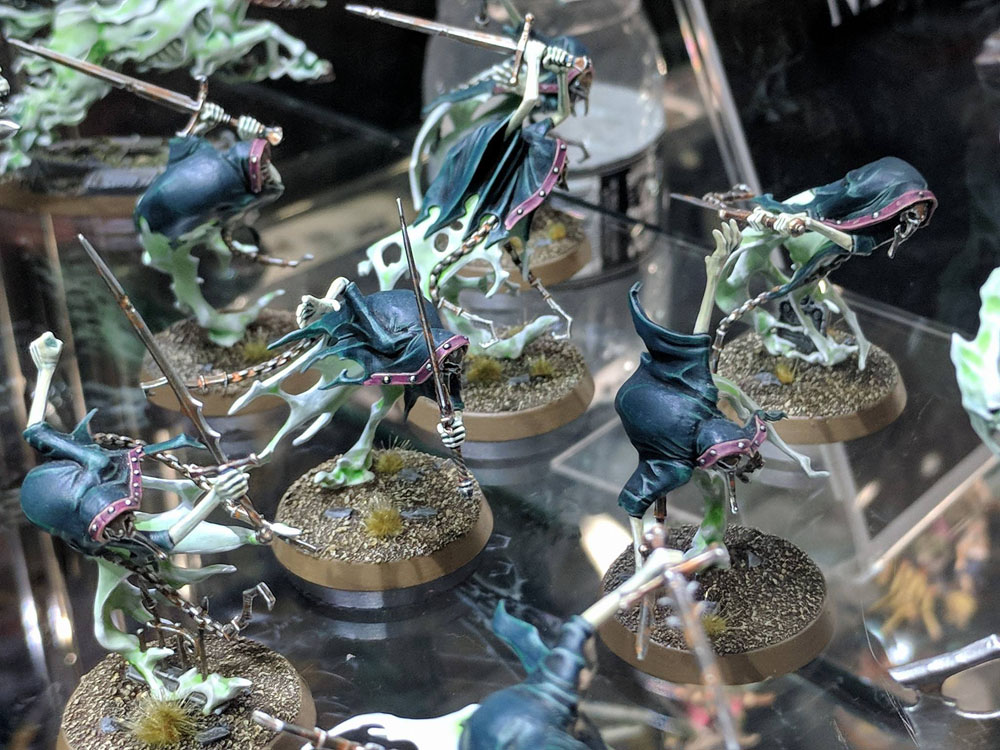 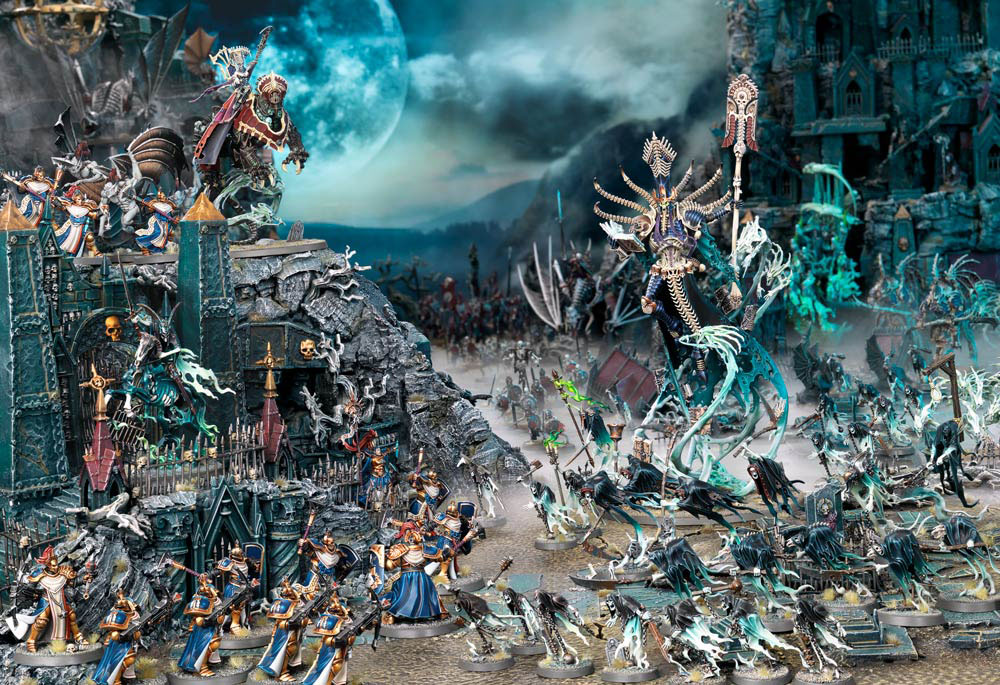