Found this awesome Tau Manta by Awaken Realms on the web. That's a reason to look closer at one of the biggest "miniatures" in wargames. 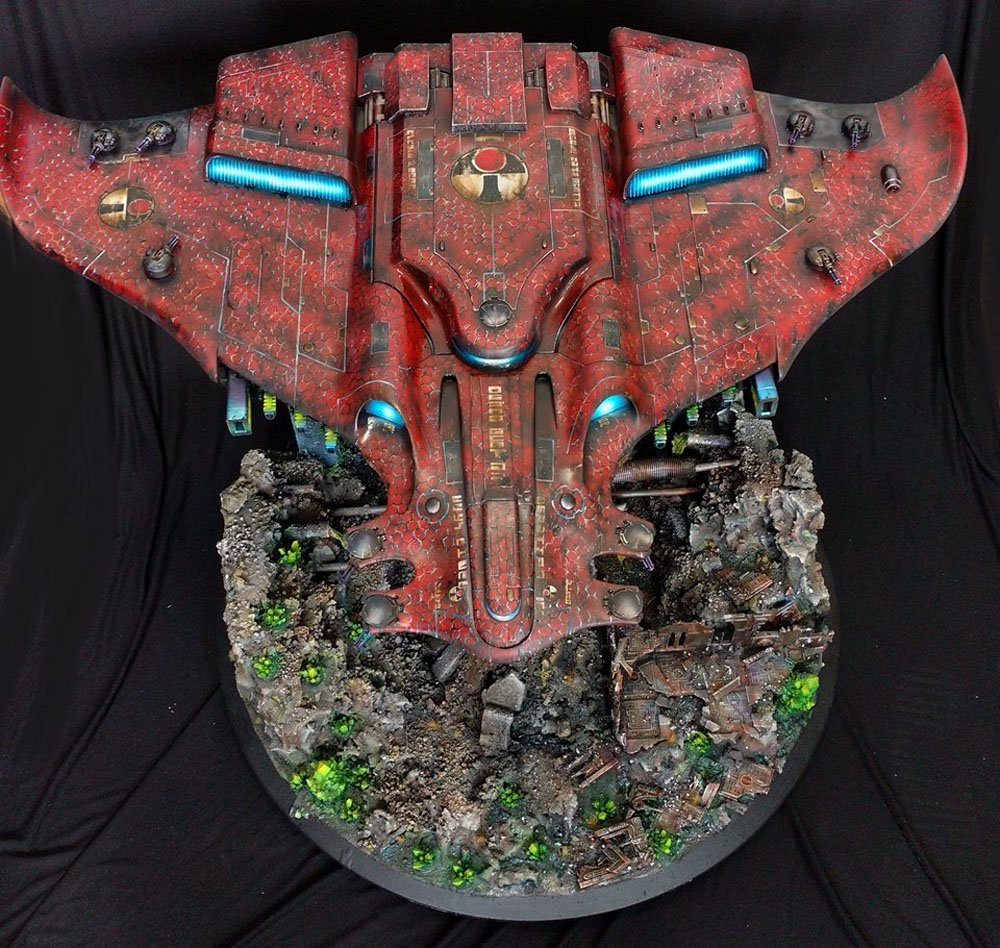 The Manta, more formally known as the Manta Missile Destroyer, is a super-heavy Tau spacecraft that is also the Tau Empire's closest equivalent to the Imperium of Man's Titans and Ork Gargants. It is well-armoured for use in frontline combat and can deliver massive amounts of firepower to the battlefield to help support Tau ground forces during a frontal assault against entrenched enemy positions. 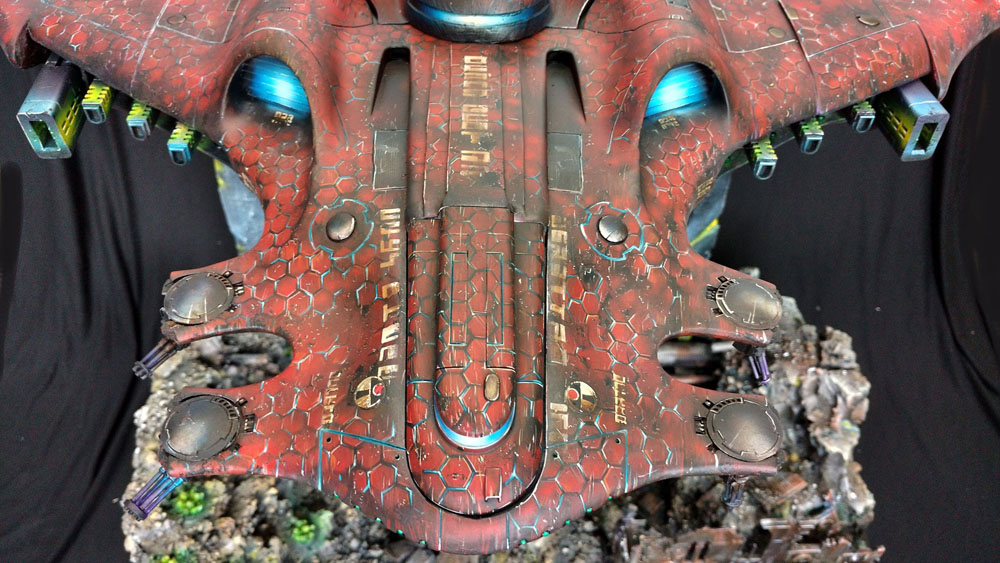 The Manta also features a large transport capacity that allows it to carry entire Hunter Cadres to and from engagements. The Manta is also the smallest interstellar-capable spacecraft of the Tau, and serves a vital role in carrying out the current and future expansions of the Tau Empire. 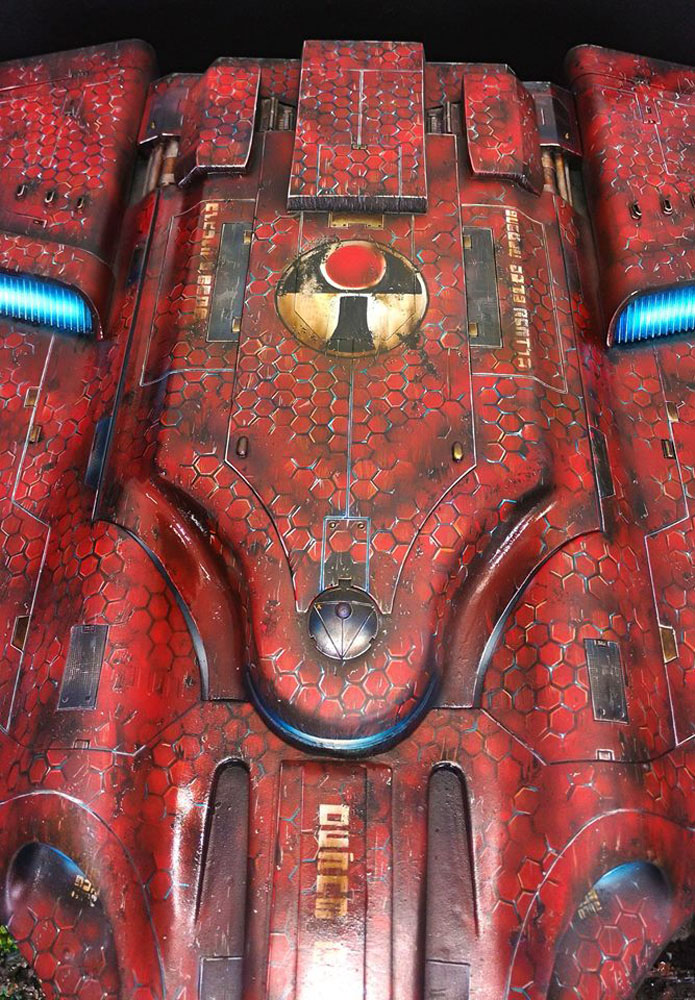 Straddling the functional roles of both an Attack Craft and a full starship, these small spacecraft are useful in a variety of roles. In the void, they are used to attack enemy starships and are a match for entire squadrons of Imperial starfighters, while during planetary assaults they function as dropships and heavy fire support for Tau ground forces. 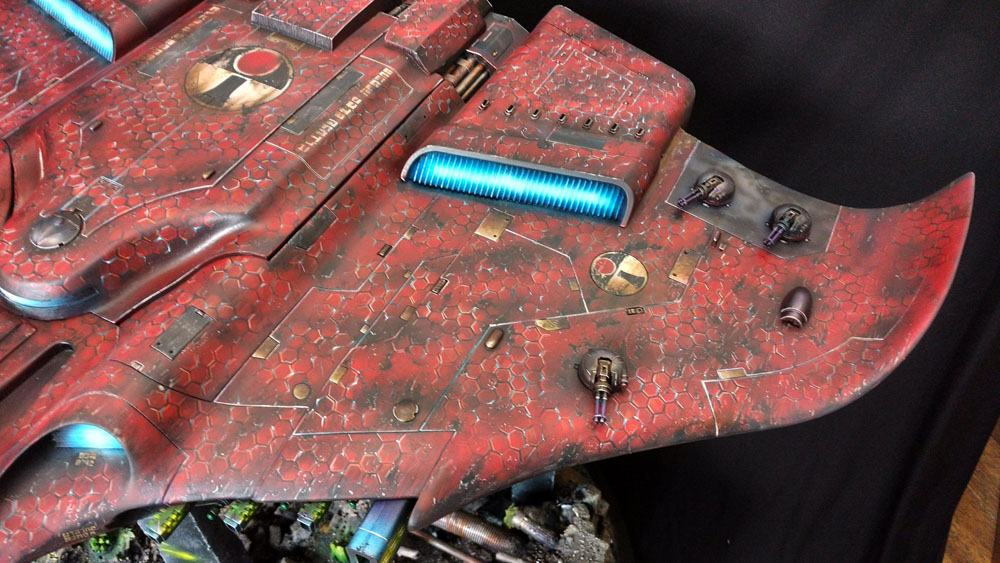 The Manta is the largest model produced by Forge World, weighing a record 12.5 kilograms without troops or vehicles inside. It is 63 centimetres long and possesses a wingspan of 83 centimetres. The model is also six times larger than a Thunderhawk and comes with a full Tau army inside. It was the most expensive model produced by Forge World when first released, costing £960! 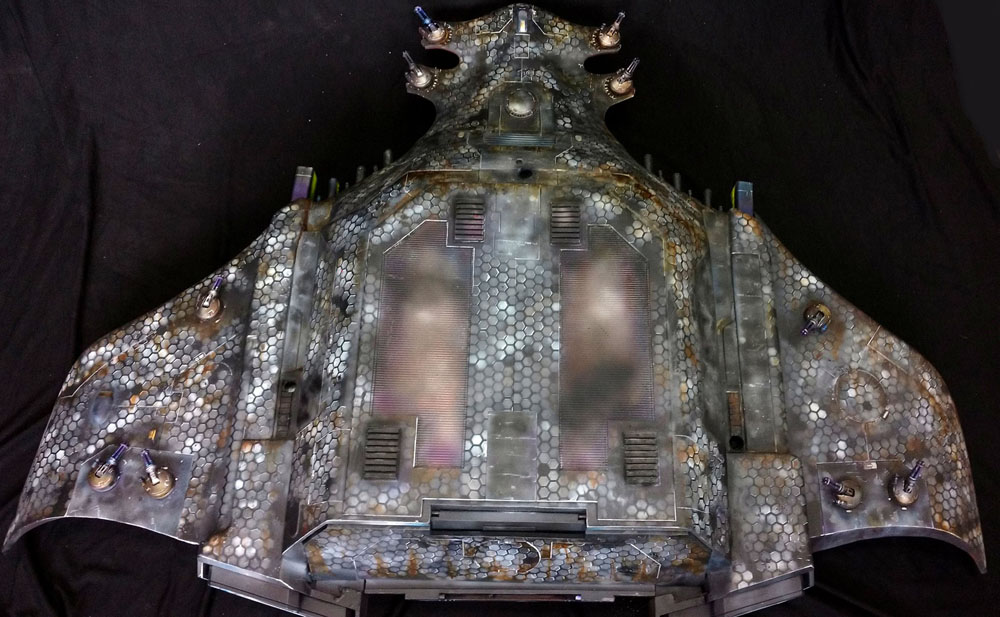 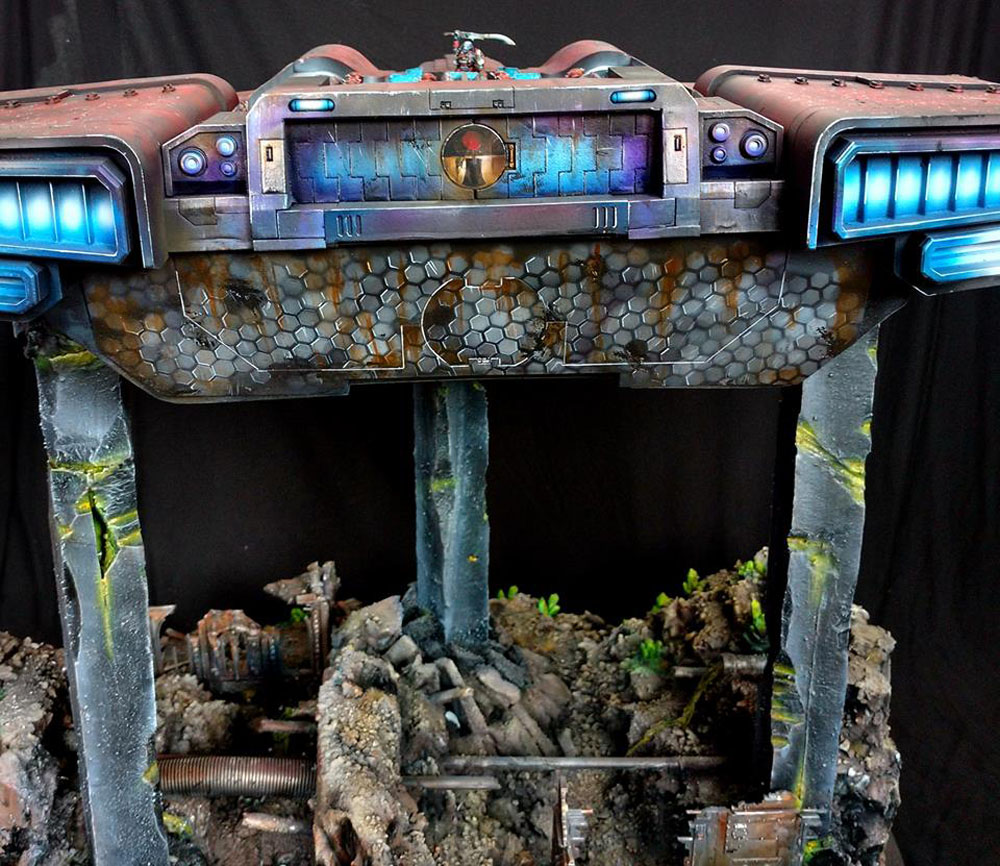 All these elements are really in this model! Transport deck contains more than 40 special fire warriors miniatures. 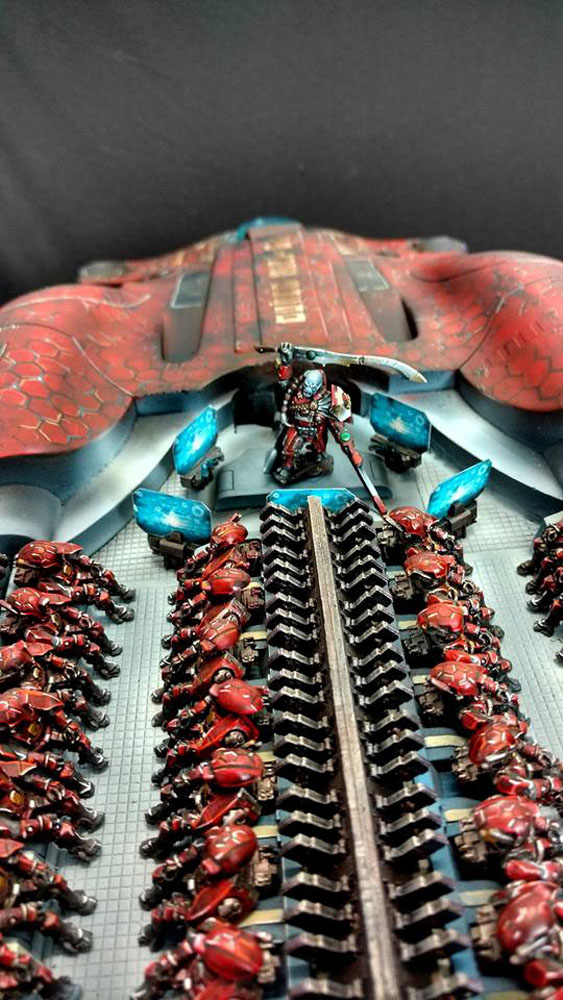 By the way, such troops placement is copied from the real American transport planes. 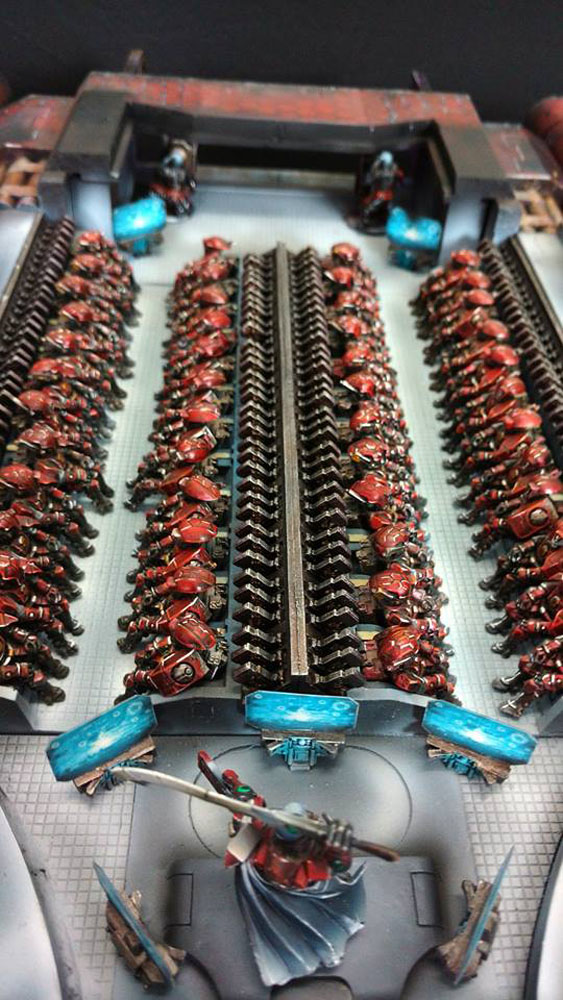 And yes, there really are four tanks on the lower deck. And a dozen of Crisis battlesuits. There are all of them in the set. However, you are likely to use these models as an army - this deck is hard to leave open, and these models are usual Games Workshop miniatures - so there's no reason to refuse of the complete Tau army. 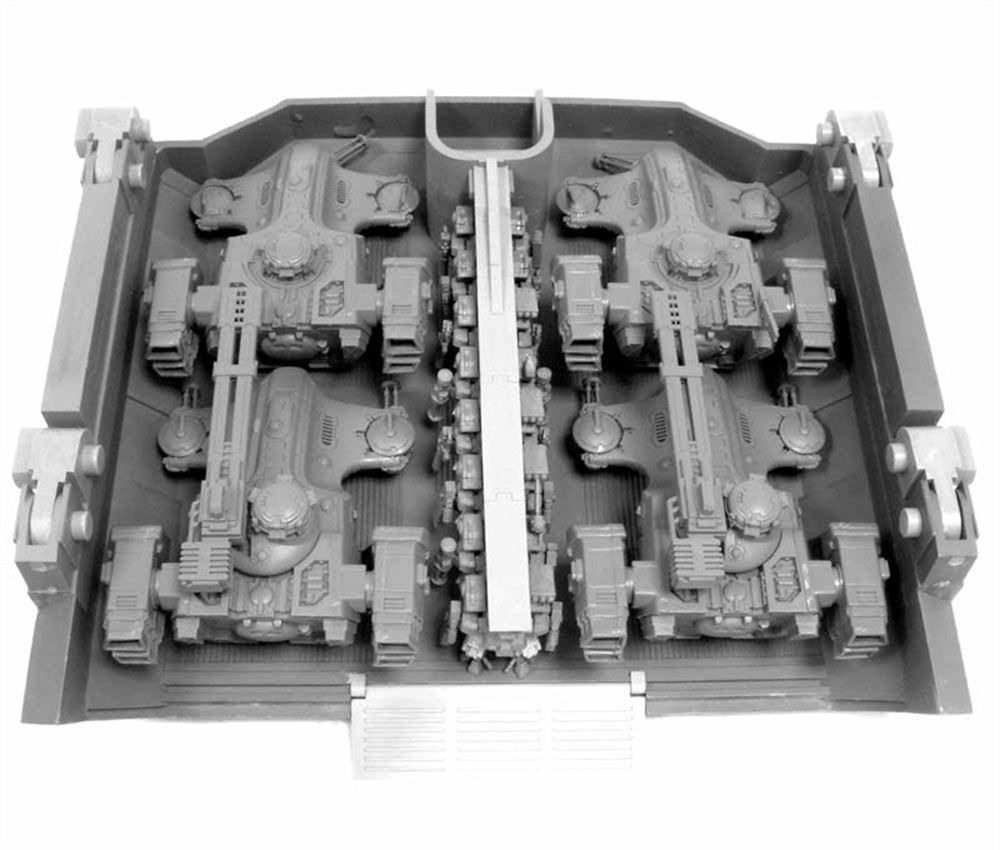 You can compare the size of this giant with other Tau models. Just imagine, how difficult it is to assemble and paint it! 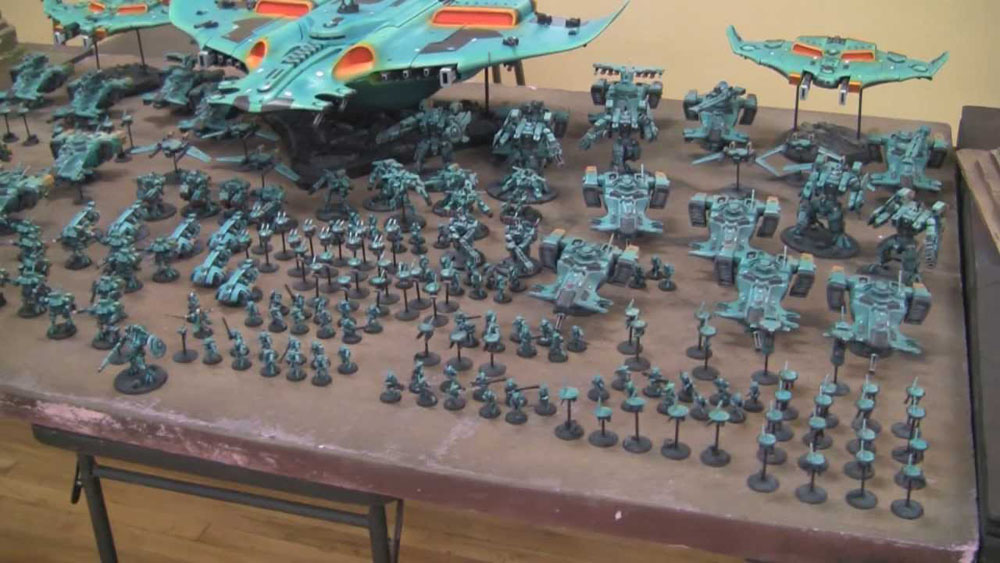