Awesome Seraphon army from Steve Party, published in Blog de Kouzez (http://leskouzes.blogspot.ru/2017/07/steves-seraphon.html?m=1) - painting and conversions, which are the real pleasure to look at. 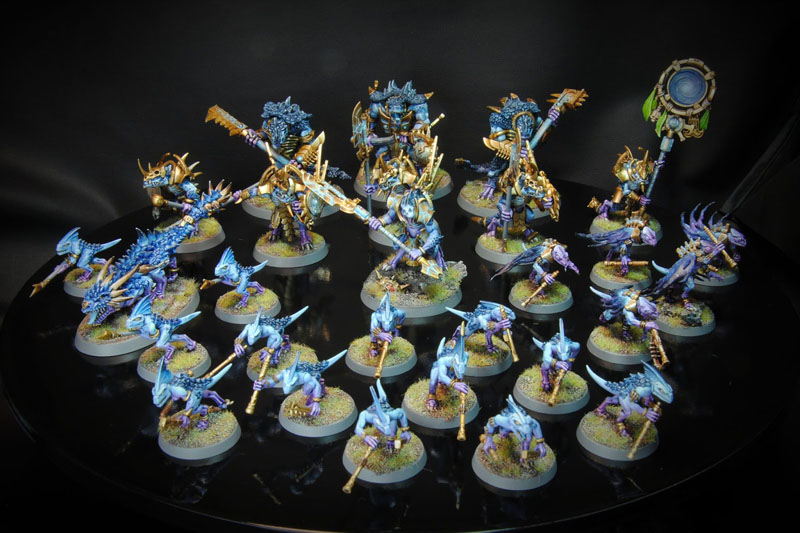 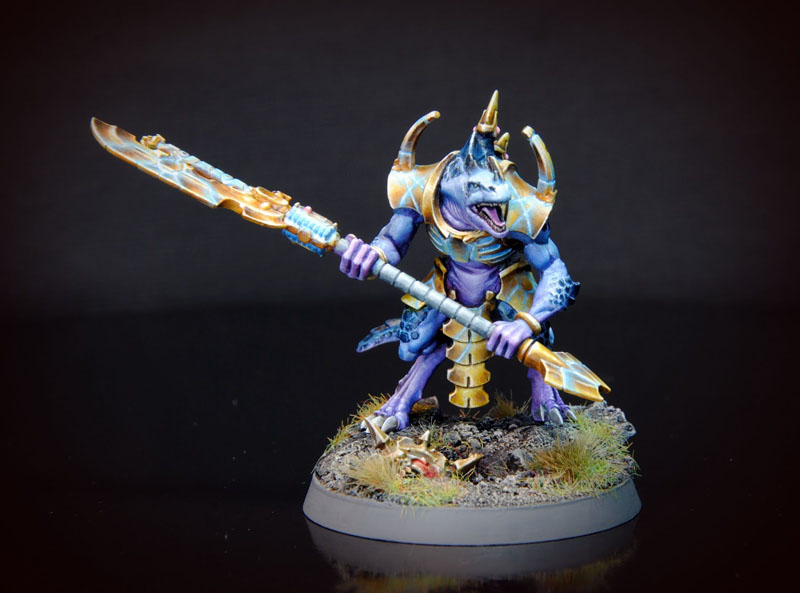 Older than memory, existing for aeons unrecorded, the seraphon have ever waged an unending, savage war against Chaos. Descending to strike a vengeful blow against the Dark Gods as the Age of Sigmar dawns, they seek to bring order to the Mortal Realms. Summoned by the incredible power of the Slann Starmasters, they materialise from the energy of the stars themselves - nimble skinks, predatory saurus and hulking kroxigor, each intent on destroying the forces that have corrupted and darkened the Realms almost beyond repair. Wrought of purest star-magic, the seraphon are true beings of Azyr. 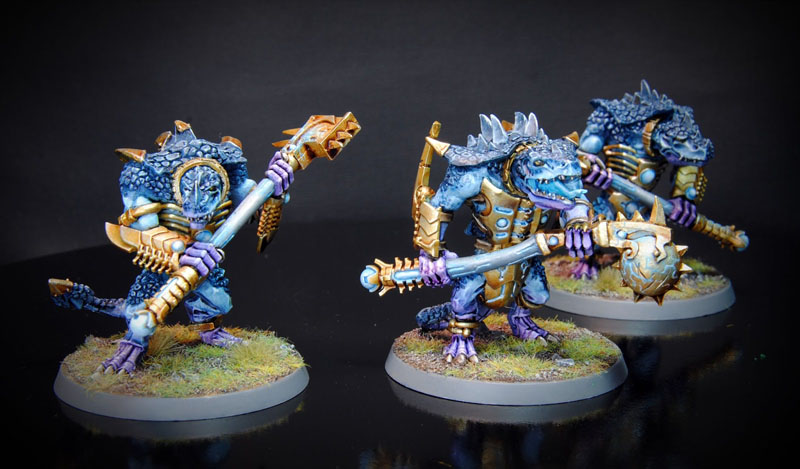 When the seraphon march to war, cohorts of reptilian warriors are called down from the stars of Azyr. None but the slann know for sure whence they hail, only that they appear as if from nowhere. Under golden icons they formup in disciplined ranks, even great saurian beasts awaiting the command of the slann to attack. 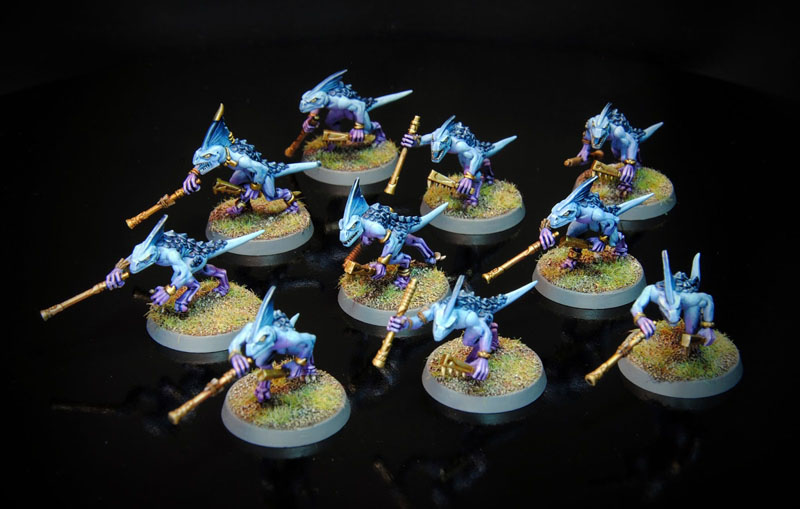 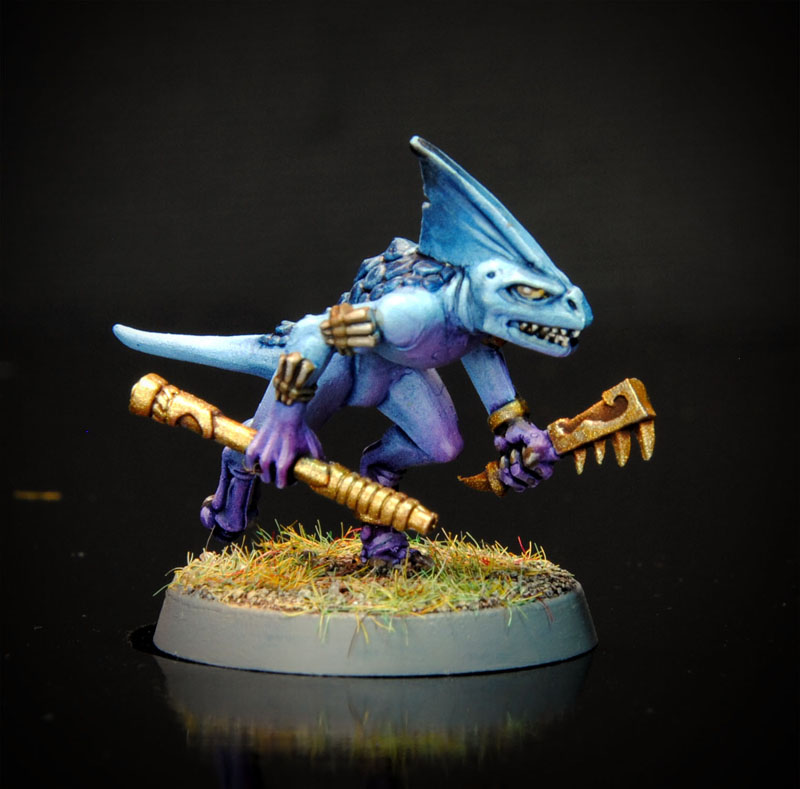 The pieces of a seraphon army are carefully arranged for the wars they fight within the Mortal Realms. The fundamental battle-formation of the seraphon is the cohort – a gathering of warriors under a single leader. Skink and saurus cohorts are the most common groups to be called upon by the slann, but those formed from monstrous beasts also have a crucial place within the seraphon’s armies. 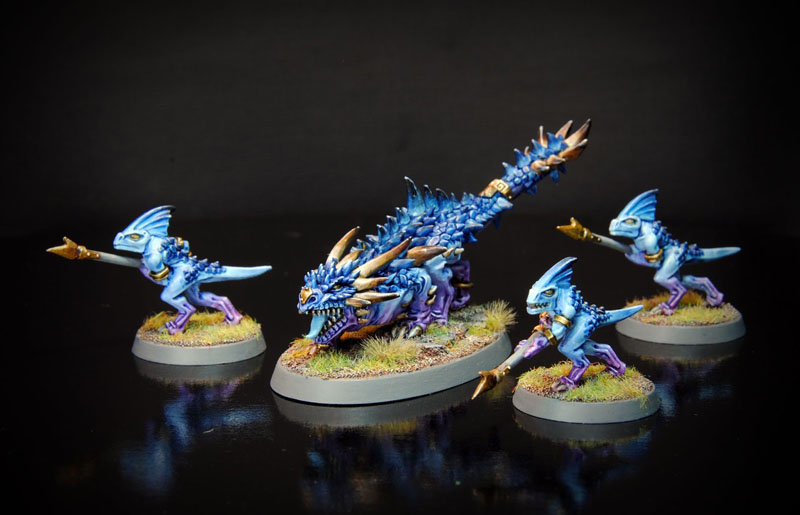 When cohorts are gathered together by a slann, they form a starhost. Just as the stars form patterns in the sky, so too does the starhost embody a specific battlefield role. When a slann goes to war, he will summon those cohorts that, working in conjunction, are best equipped to defeat his foe. Should astoic defence be required, thick ranks of Saurus Guard and Saurus Warriors might be called upon, mustered beneath a reptilian champion. If formidable enemy defences bar the slann’s way a monstrous cohort of Stegadons, Bastiladons or other terrifying warbeasts will take shape from the slann’s distant memories. 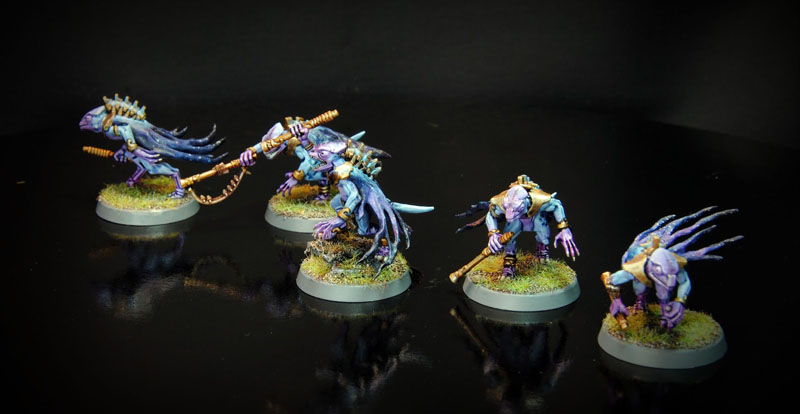 Greatest of all the seraphon war formations is the constellation, formed from the brightest starhosts and cohorts. When constellations march upon the realms, the heavens themselves blaze with the magic of the slann. The arcane power wielded by such a mighty gathering causes the very ground to glow with celestial energy as seraphon charge forth in their tens of thousands.