We've already posted some photos of a marvelous cosplay to Sisters Repentia from  Anastasia Sallozare, Daria Kulikova and Sonia Red. However, this is so great that deserves a post in the blog. We also found some other Repentia cosplays - these characters are rather popular. Look into the world of the fearsome female warriors! 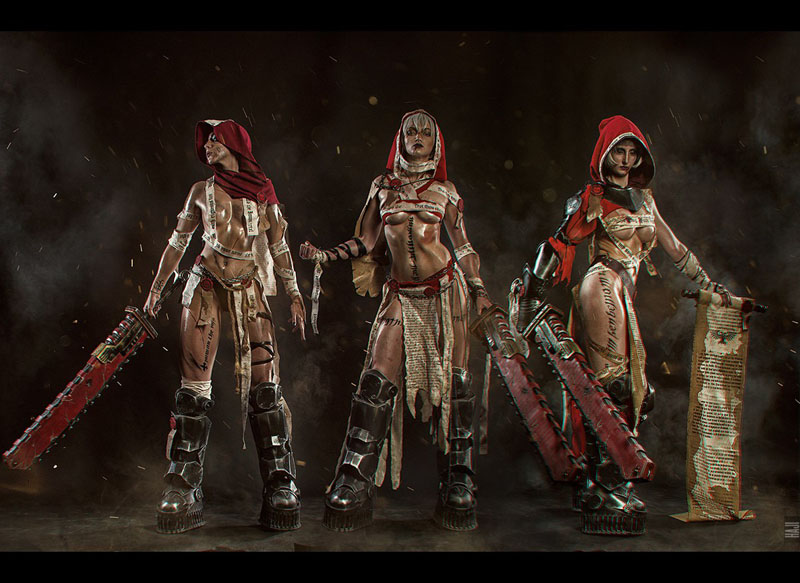 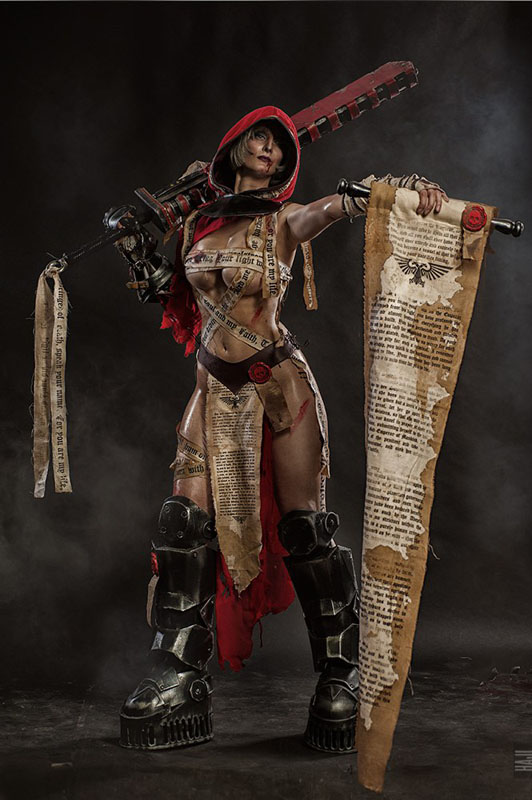 A Sister Repentia is one of the fanatical, self-mutilating human female warriors who serve within the Orders Militant of the Adepta Sororitas. Having failed or fallen short of the strict religious codes expected to be followed by the Sisters of Battle sometime in their past, Repentia Sisters seek to earn the Emperor of Mankind's grace once more through self-flagellation and finding a glorious death in the heat of battle. Though ultimately outcasts within their own Order, they are none the less revered by their fellow Sisters, who see them as pilgrims seeking the absolution of death and ultimate sacrifice in the name of the God-Emperor. 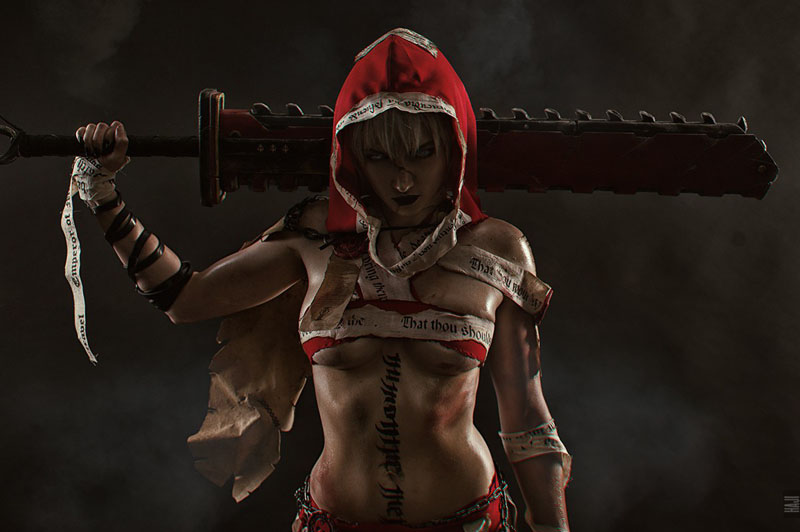 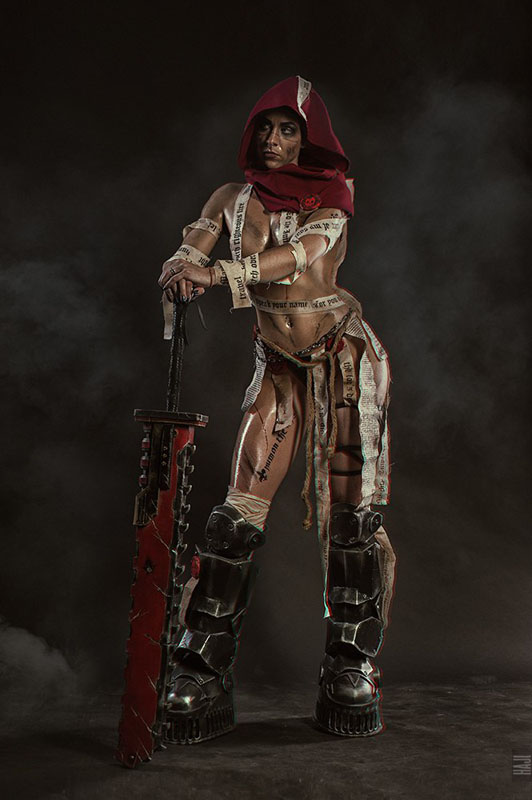 Confession and prayer are as much a part of a Battle-Sister's existence as Bolterdrills and military discipline. Those who fall short of the Sisterhood's rigorous codes are subject to many penitential punishments, but in more serious cases they may even be exiled from their Order. These warriors, known as Sisters Repentia, band together into groups that seek redemption in the fires of battle. They are led to war by an unsparing religious fanatic known as a Mistress of Repentance, who judges each exiled Sister's deeds and occasionally, at battle's end, may declare her sins atoned for. Those rare few who return to the fold of their Order Militant are held in awe by their fellows. 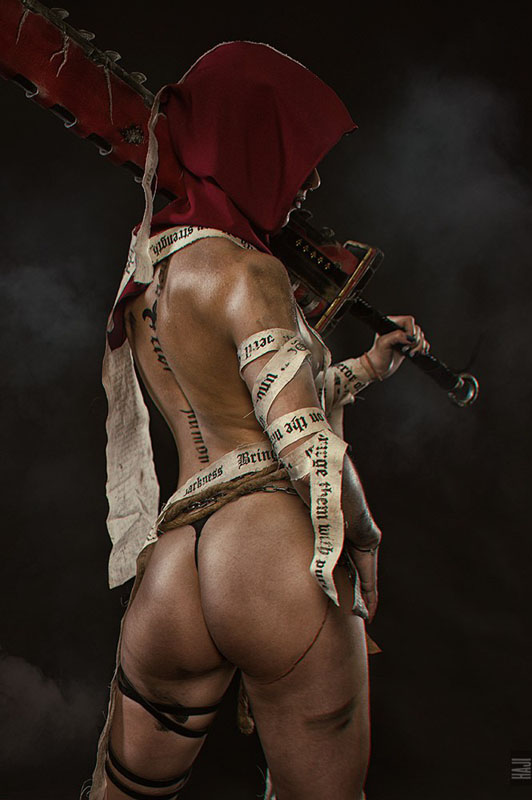 Those Battle-Sisters who seek forgiveness occupy a state of grace that many within the Adepta Sororitas aspire to, yet few attain. Indeed, some Sisters willingly exile themselves, finding fault in the smallest transgression in order to join the Repentia. The fervor of the Repentia inevitably means that they martyr themselves fighting against hopeless odds, finding in death the absolution denied to them in life. 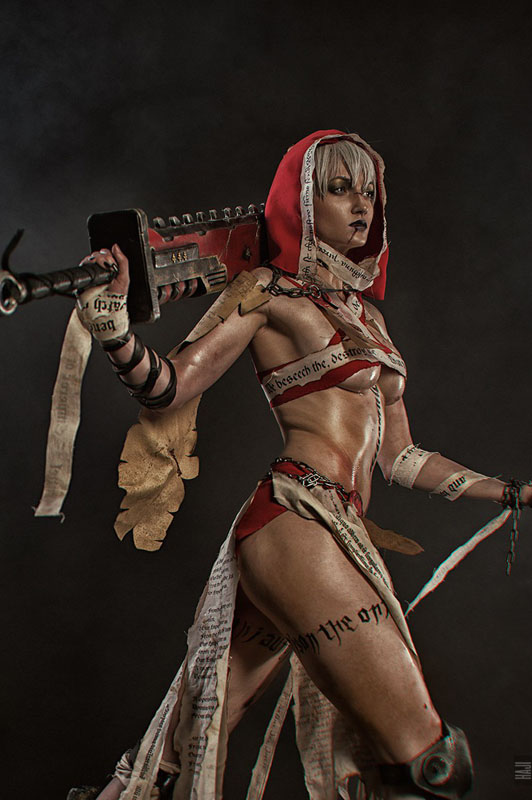 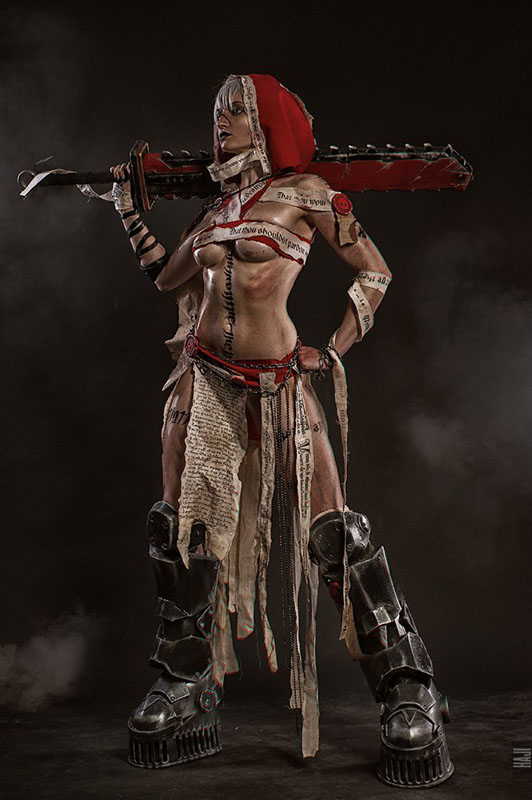 Sisters Repentia are fanatical warrior women who show no fear in battle and no remorse to those who blaspheme against the Golden Throne. Their single-minded devotion to the God-Emperor gives them protection against the Heretics they have been sent to destroy. Only when a Sororitas sister feels she has something to atone for will she take an oath of penance. A martially-minded Inquisitor may find the unbreakable faith of these sisters a welcome addition to his retinue. 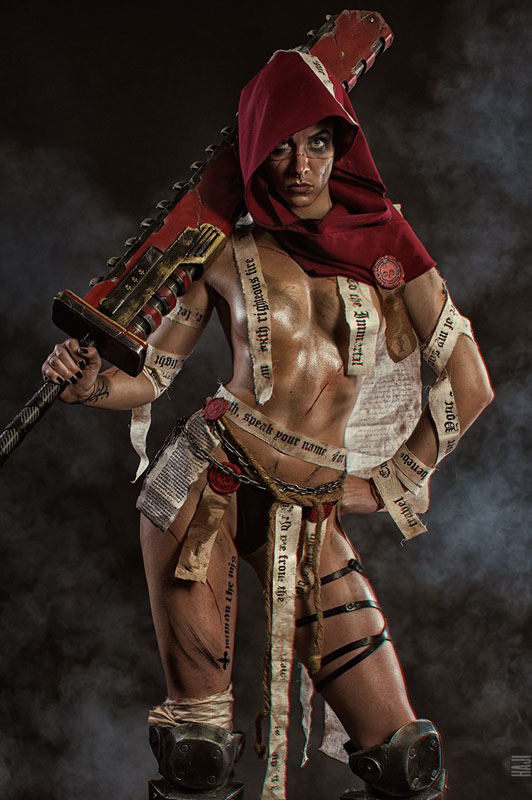 And this is how the original miniatures look... Well, it's obvious that Sisters need new miniatures as soon as possible... 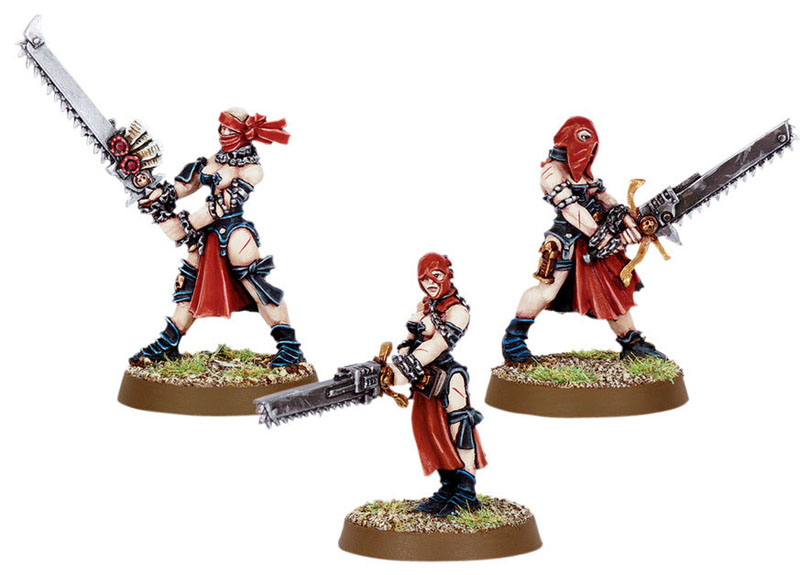 Here are some other great cosplays to Repentias found on the Internet. We don't know the authors of them all, so feel free to mention them in the comments. 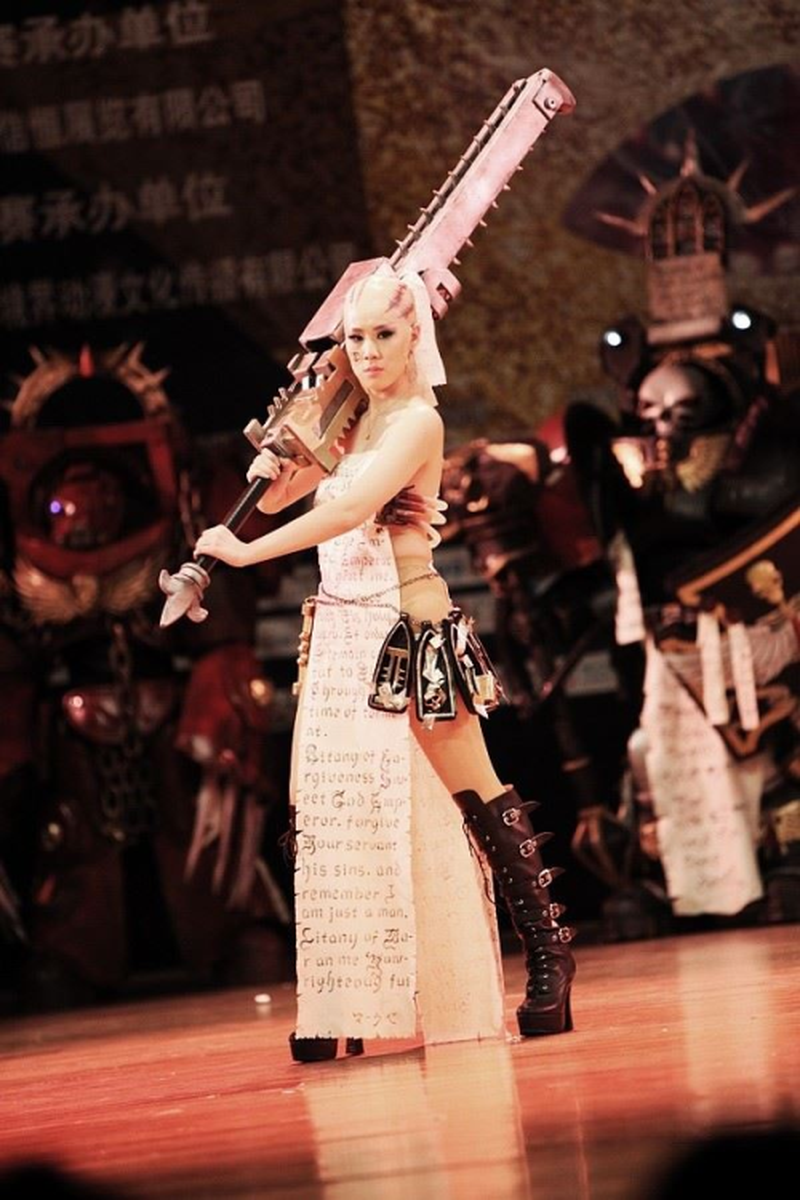 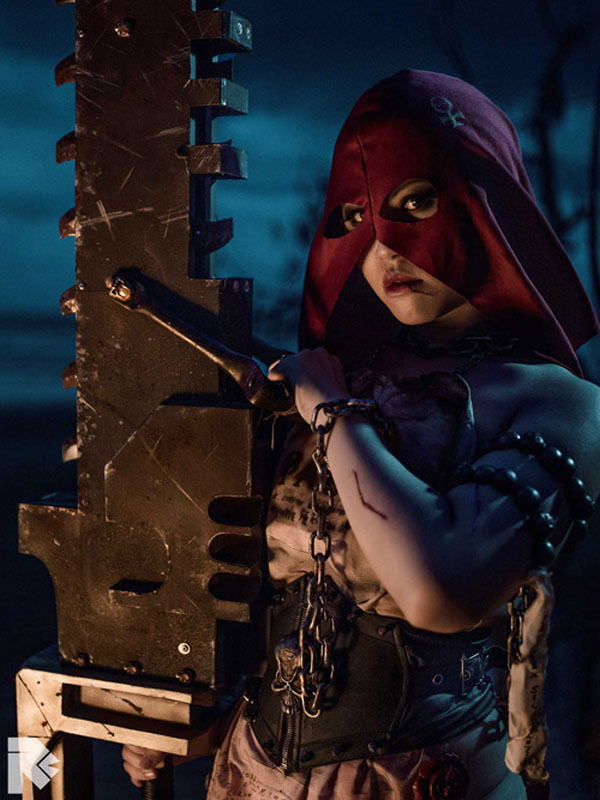 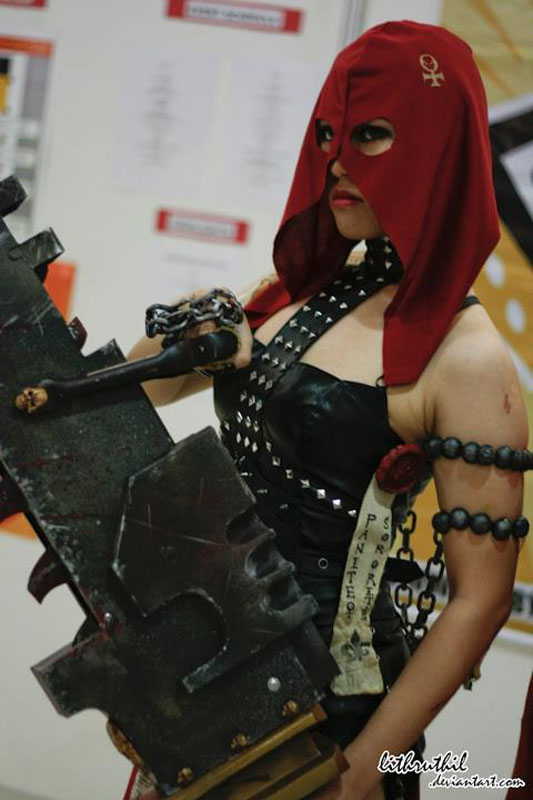 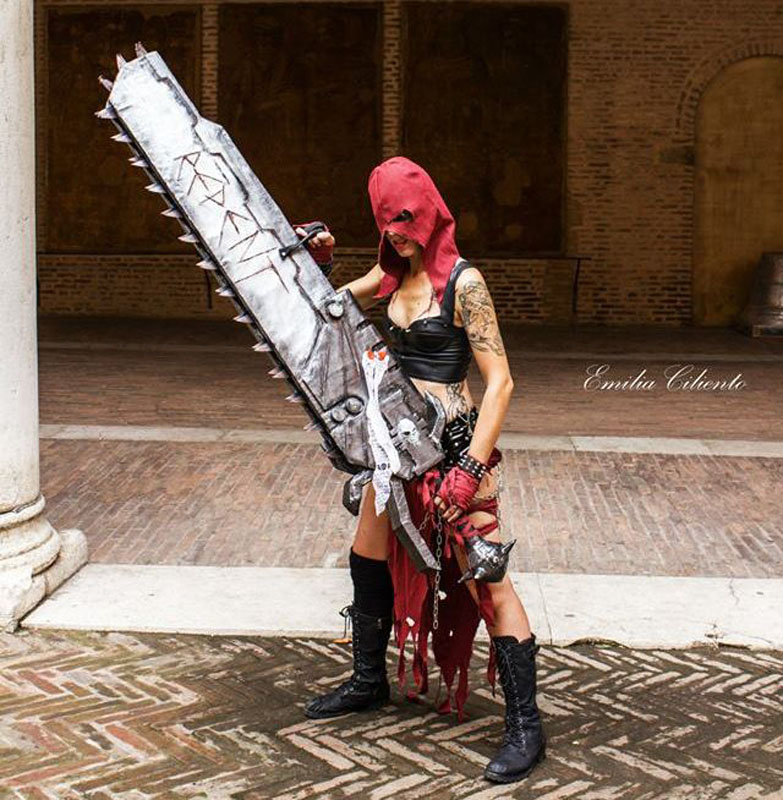 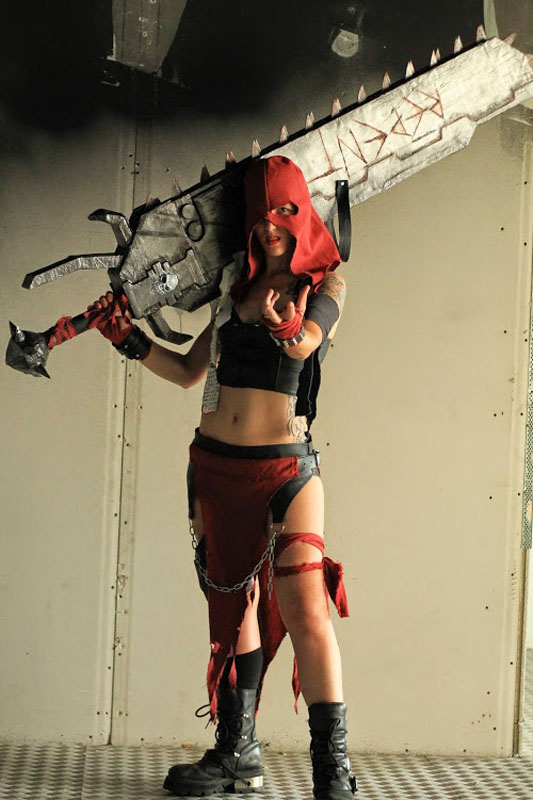