At recent UK Game Open Games Workshop announced one more gang for Necromunda - house Cawdor. We decided to put all these bands together so that you could easily find out who is who. Goliath and Escher are already painted - if you are the author, please, contact us so that we could leave a credit. 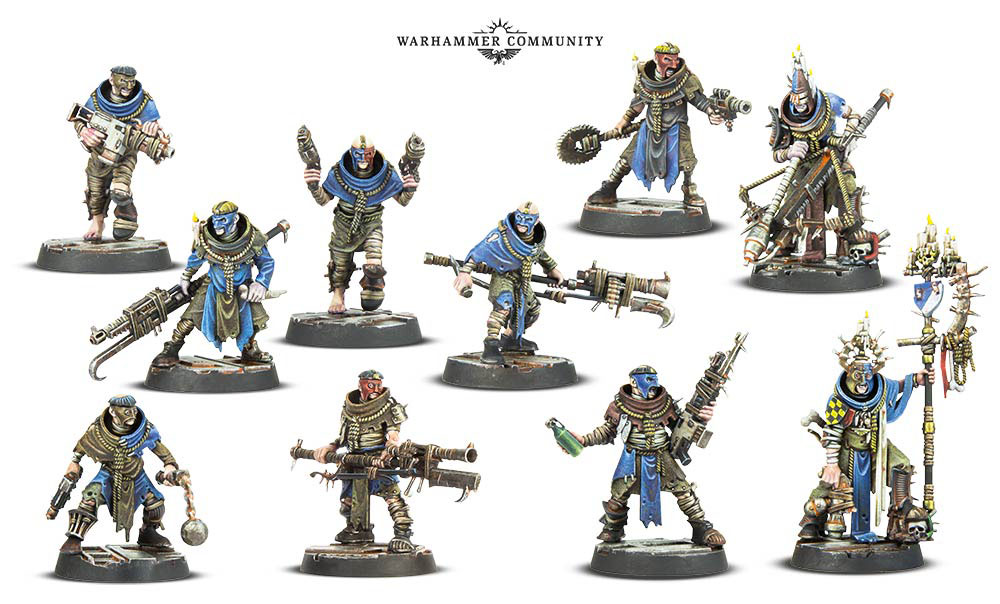 Cawdor are one of the underhive’s most unusual houses. Scrap-pickers, scavengers and junk hoarders, the Cawdor have scraped together a mighty under-empire from the leavings of the city. Bound together by an unshakeable, fanatical faith in the Emperor and armed with all manner of home-made weapons and armour, they are hell-bent on bringing their fervent worship to every dark corner of the underhive – and woe betide those who stand in their way. 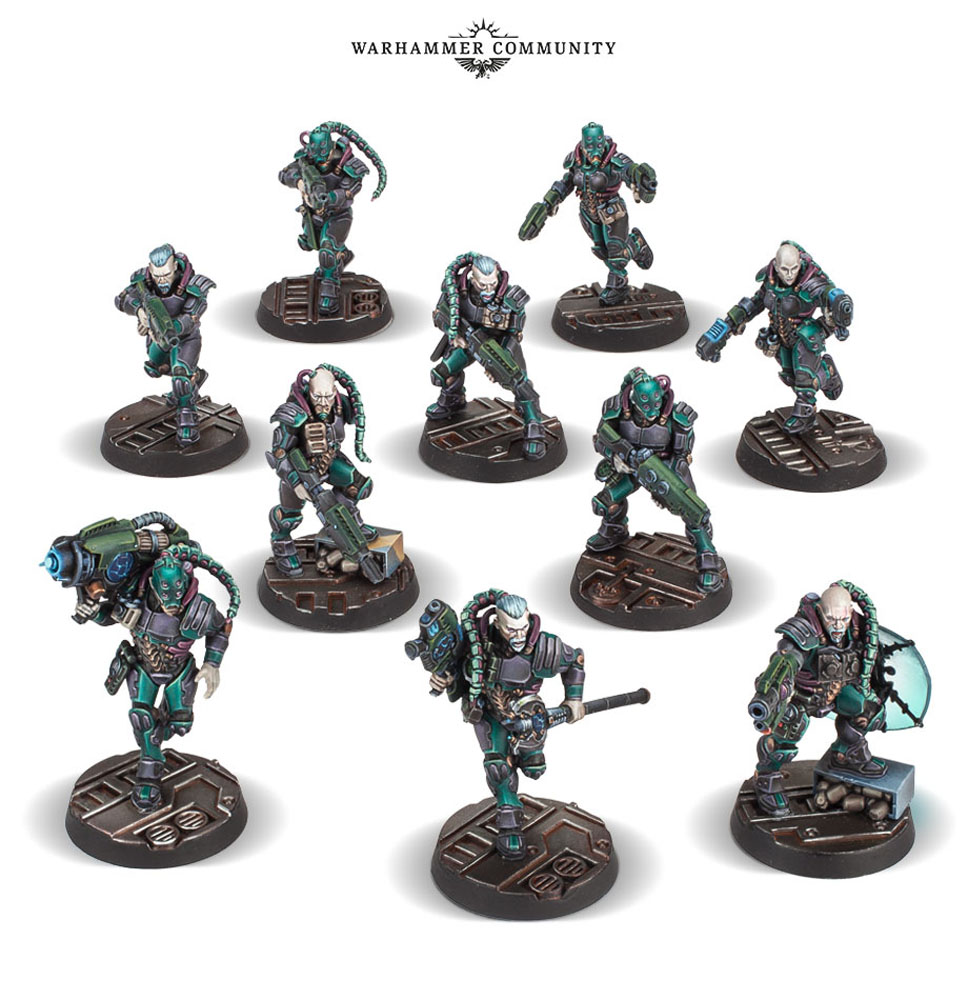 House Van Saar is renowned for the quality of its technical products. Its technology is no more advanced than that of anyone else, progress being almost non-existent throughout the Imperium, but the House’s manufacturing processes are precise and its finished materials are of the highest quality. The Noble Houses pay a premium for Van Saar goods, and as a result the House is probably the most wealthy in Hive City.

The Van Saar are reputed to be a serious minded and humourless people, with a deeply ingrained sense of order. Like all the Houses of Hive City they have a style of dress which marks them out. In the case of the Van Saar this takes the form of a tight fitting body suit designed to protect and sustain the wearer in the hive environment. Semi-permeable membranes in the suit reduce the loss of body moisture whilst various spots on the material change colour to warn the wearer of airborne toxins and reduced oxygen levels. 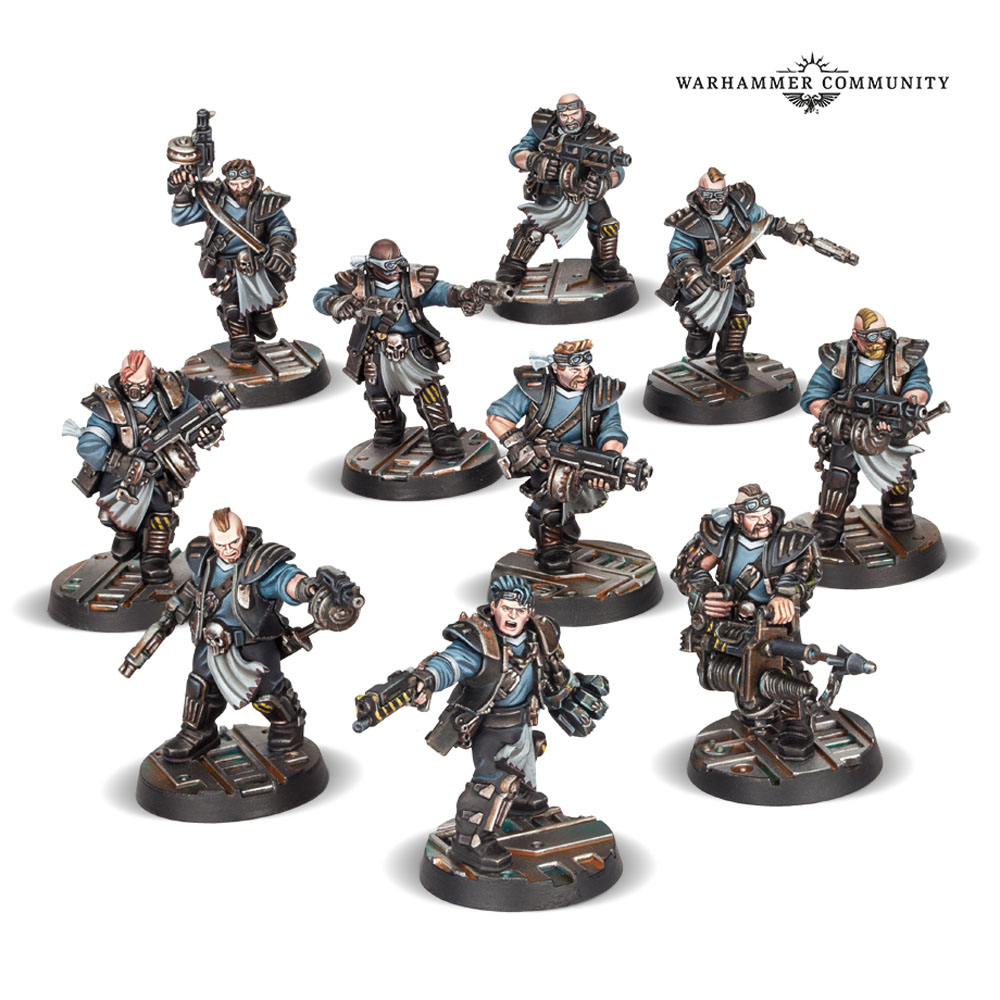 House Orlock is known as the "House of Iron" because its foundations lie upon deep ferrous slag pits. The hivers mine these pits for the debris of ancient times and extract enough pure metal from the refuse to serve their industries. Over the centuries extensive mining of the slag has caused some lower domes to collapse. In the past this led to hivequakes and the destruction of several overlying domes.

For many centuries the House has fulfilled the Ulanti Contract, a lucrative deal by which one House supplies the core requirements of the Ulanti Noble House. Previously the contract was supplied by House Delaque, but the Orlocks usurped the position by bribing Underhive gang raiders to destroy fuel lines into a Delaque guild factory. Since then the two Houses have taken every opportunity to discredit each other. Five years ago Lord Hagen Orlock was assassinated by the Delaques and relations between the Houses have never been so tense. 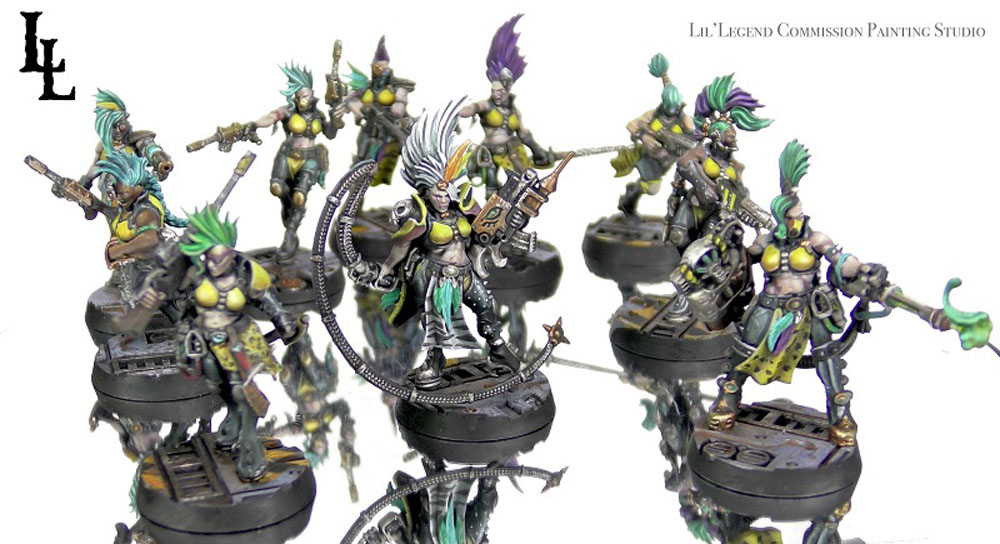 House Escher is perhaps the most strikingly different of all the Houses of Necromunda. Like all the Houses it is controlled by a ruling family, and its political life and institutions are dominated by close relatives or families in service. 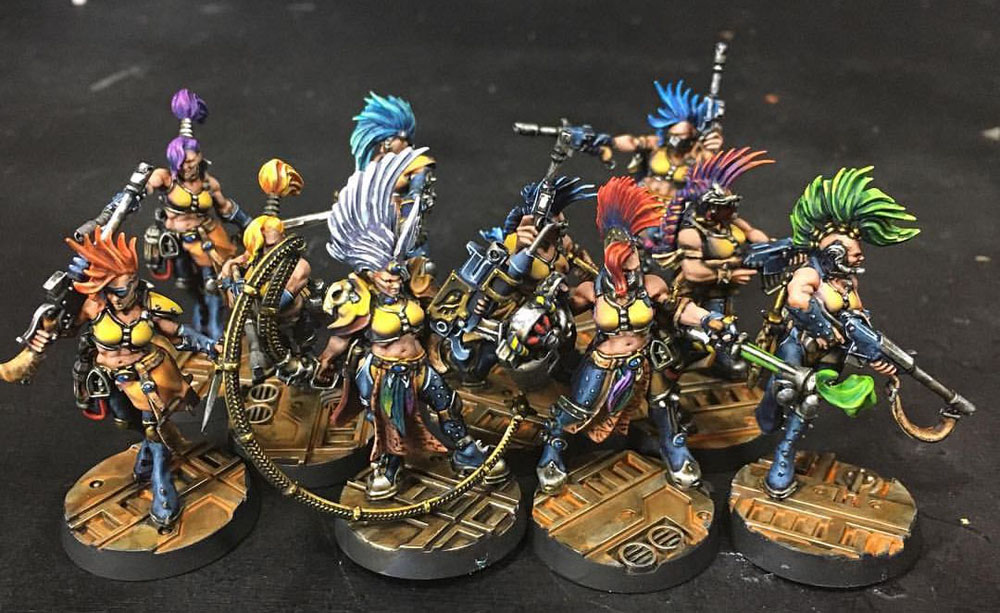 However, unlike the other Houses which have reasonably balanced populations, that of the Escher is made up almost entirely of women. The few males are shrivelled and imbecilic, perhaps as the result of a genetic flaw within the House bloodline. Whatever the reason, they play no part in the normal affairs of the Escher.

Escher society has long since developed to cope with its uniquely imbalanced population so that it is no longer perceived as a disadvantage. The Escher have a reputation for arrogance and are said to look down upon and pity all males.. 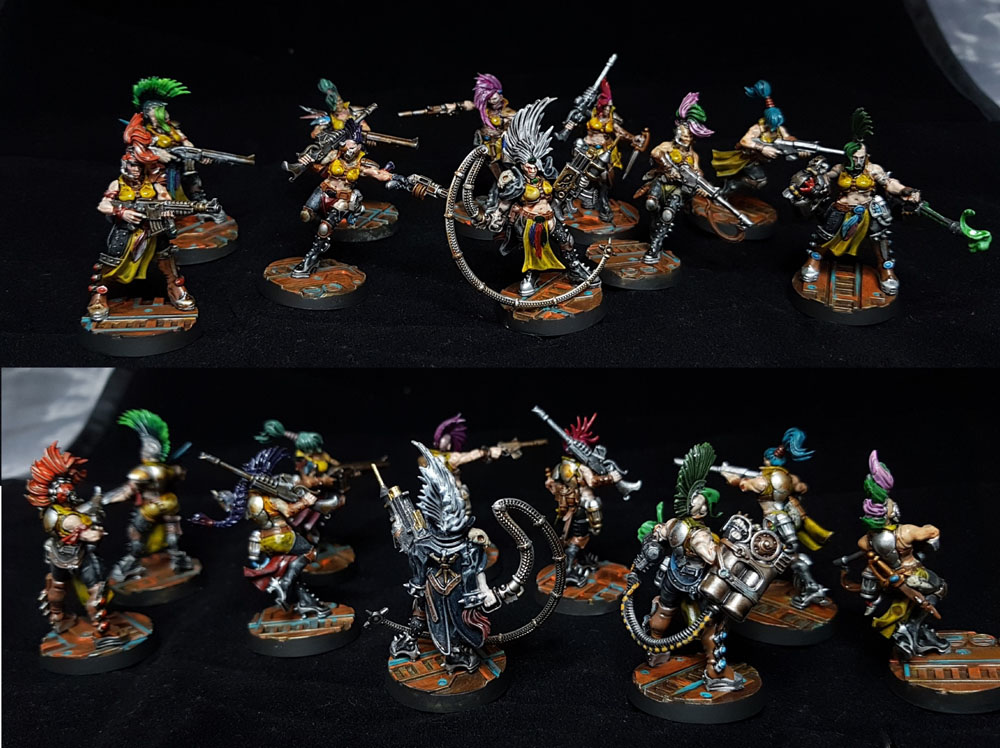 They are particularly dismissive of the Goliaths as simple and brutish. The two Houses are old enemies and skirmishes along their borders are common.

The domain of House Goliath is situated unfavourably within Hive City and occupies some of the deepest and harshest areas. By way of compensation the Goliaths are tough and persistent by inclination.

They consider the hivers of other Houses to be soft and slack. In truth all hivers are naturally robust, being inured to the toxins and deprivations which they accept unquestioningly as part of normal life. The Goliaths, however, take a stubborn pride in their ability to endure hardship. 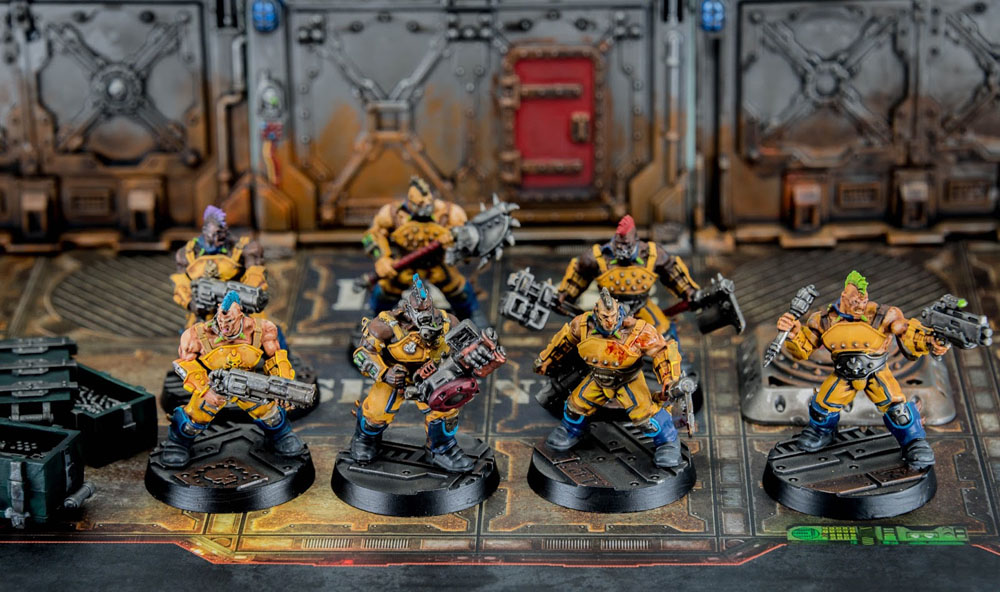 The other Houses see the Goliaths as barbaric, and unpredictable. Goliath institutions such as the fighting pits and the Feast of the Fallen do nothing to dispel the impression of a violent people inimical to their neighbours. Size and strength are seen as the measure of a man. Their style of dress emphasises a preoccupation with physique, featuring weighty chains and spiked metal bracers.