The upcoming Daughters of Khaine for Age of Sigmar release reminded us of other Dark Elves - Dark Eldar from Warhammer 40K. Moreover, their codex is already announced and is going to be released in the next wave. Sure, a lot of players who fight for DE, like this unit, since it's also one of the most powerful ones. However, there's a big problem with the miniature - there is only one and it's made of resign. Well, it looks cool, but no one would like a unit of the similar models. Also, it's quite expensive - to collect a whole unit model by model. So, we've found some ideas of how to make Grotesques cheaper and in many different ways. 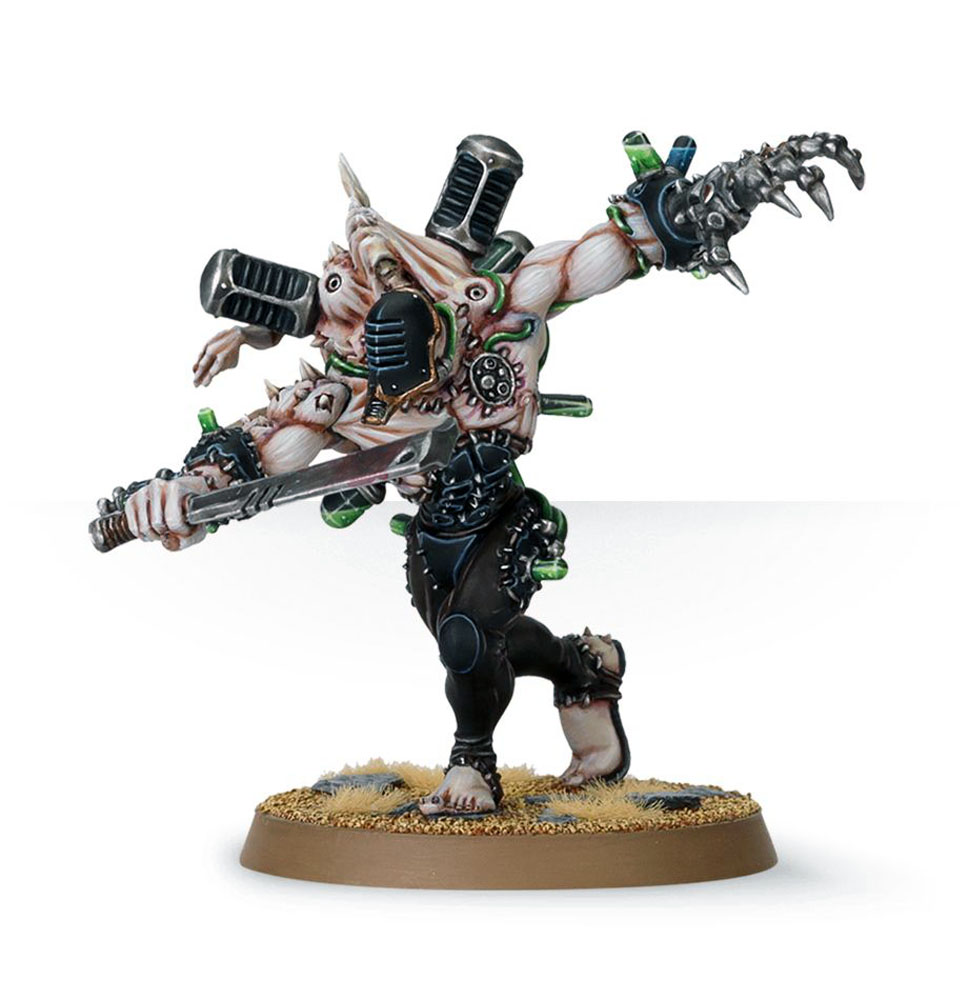 Grotesques are hulking monsters of muscle and bone created by Dark Eldar Haemonculi. One Haemonculi Coven, the Children of Bone, are known for creating exceptionally large grotesques

An individual does not become a Grotesque voluntarily like the Wracks. Though they usually begin their ultimately wretched existences as Dark Eldar, these repulsive constructs have been reborn into their new shapes through a hideous metamorphosis meted out as a punishment for some real or perceived slight to the Haemonculi. The process by which a Dark Eldar captive is transformed into a Grotesque begins with a series of painful and humilating chemical and surgical modifications to the body. Dark Eldar are by nature narcissists and the Haemonculi always take great joy in warping the flesh of those who have angered them. Though the process can take several Terran years to complete, the victim is constantly pumped full of growth hormones, macrosteroids and muscle stimulants until his or her form has swollen grossly out of proprotion. Bone growth is accelerated by injections of osseovirals, which results in the excruciatingly painful growth of external bone spines from the massively muscled back of the nascent Grotesque. A Grotesque's muscled forearms are augmented with blades and toxin-dispensing gauntlets and his hands are surgically replaced with grasping talons or dripping tubes that can eject a great spray of the Grotesque's own toxic blood-ichor. At this point, the Grotesque has usually been clinically lobotomised, though some are left dimly aware of their situation the better to grasp the full horror of what has been done to them. The Grotesque becomes mindlessly obedient to its Haemonculus master, able to comprehend and execute only the most simple of tasks. His or her terror-stretched face is forever sealed behind a mask of black iron and the new monster lumbers forth from the Haemonculi's flesh-pods covered in ichor, a new and powerful battle slave for his foul masters. 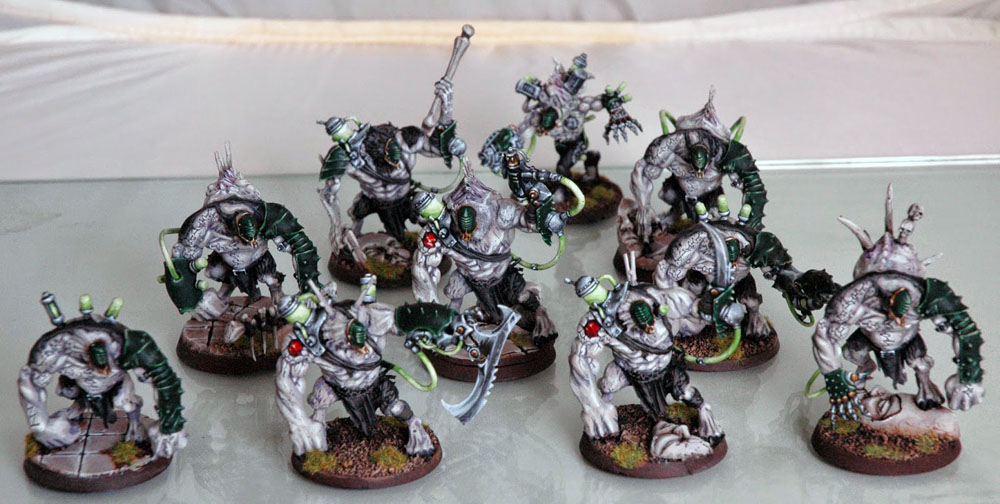 In war grotesques are generally used as linebreakers. Grotesques are usually sent to frontline of an attack force, as they will kill relentlessly until commanded otherwise. Grotesques are also reported to sometimes fight amongst themselves. Likely, the various steroids and stimulants flowing through their bodies are what send them into these berserk rampages. A grotesque that has killed its fellows usually dies, though whether at the hand of its Kabalite or Wych allies, or some other reason altogether is unknown.

When moving from place to place, Grotesques simply shuffle after their keepers, but when given the command to kill and maim, they become true engines of destruction. Racks of syringes depress into their spinal sumps to dump potent stimulants into their blood-ichor stream, ridged bellow-pumps connected to their primary lungs wheeze and contract at triple speed, and veins throb near to bursting as tube-punctured hearts are forced to pound. With roars of anger and pain muffled by their iron masks, Grotesques fling themselves into close combat, slaughtering every living thing within their not inconsiderable reach with greathooks, their own claws, and massive cleavers. They never stop killing until they receive their master's command. If this command is not heard for whatever reason in battle or because their Haemonculus master has temporarily been shuffled off the mortal coil, the Grotesque will simply continue killing, even if this means slaying other Dark Eldar in the same raiding force. Sometimes, a Grotesque's body will respond even more aggressively to the Haemonculi's transformative treatments over time and become even larger, more powerful and more bloodthirsty, if such a thing is possible. These hideous monsters are known to the Dark Eldar as Aberrations, and they are feared by any sane individual, though such creatures are valued particularly highly by the Haemonculi covens of the Dark City. 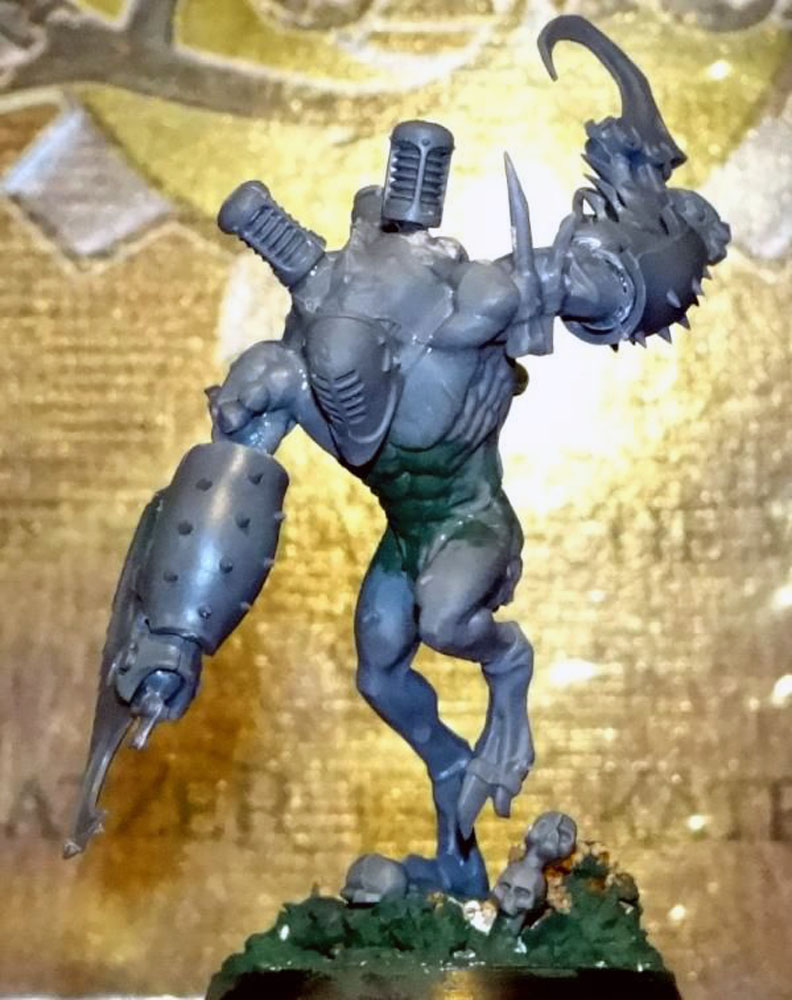 One of the most popular bases for them - Rat Ogres from Fantasy Warhammer. They look really close - in size and in body constitution. 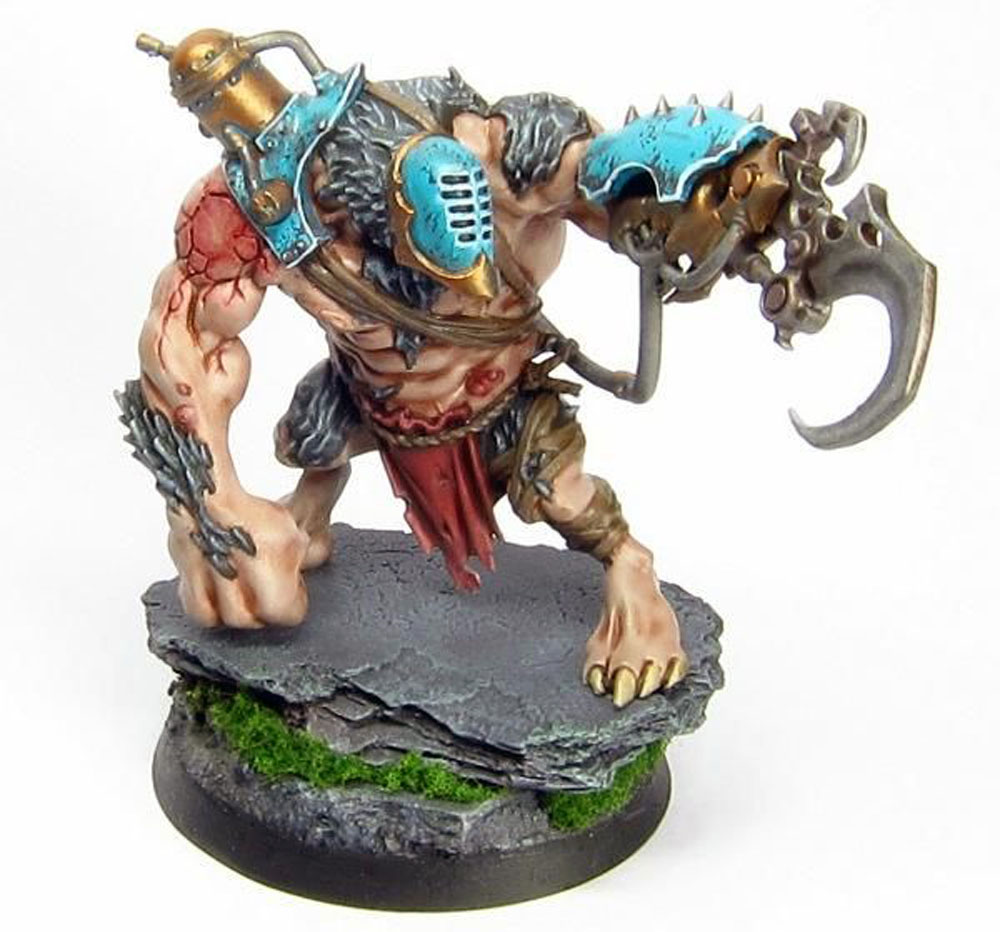 Pay attention that most conversions use parts from Talos/Cronos, so this is also not a cheap thing to do. 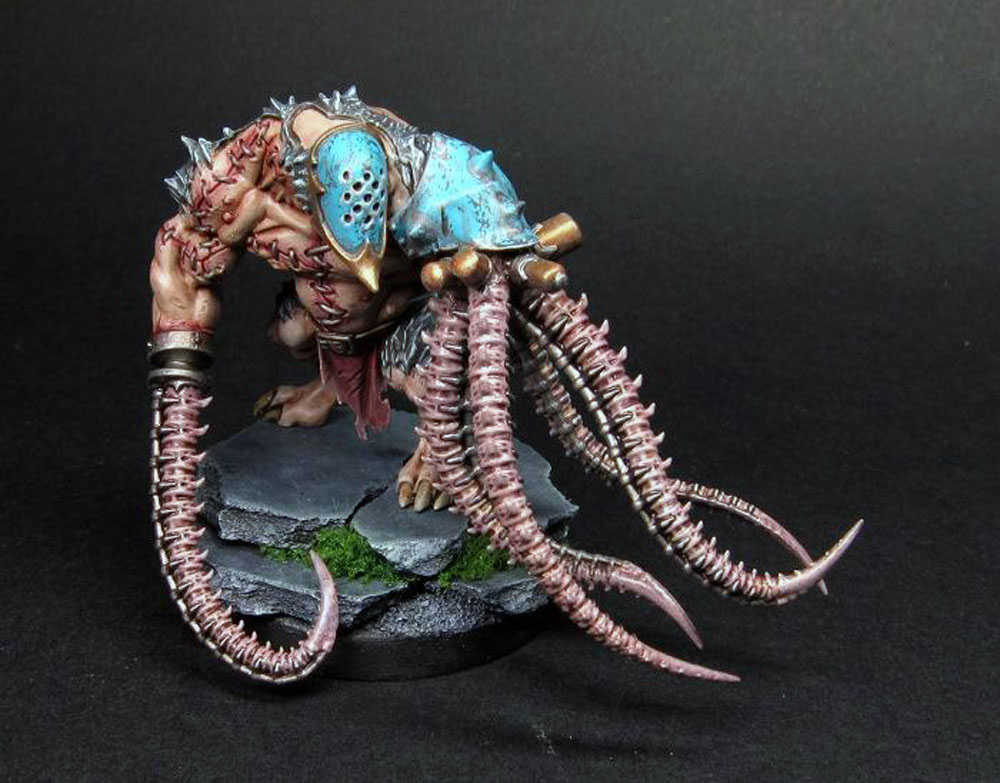 Flash eaters is another great example of a fantasy miniature working for 40K. 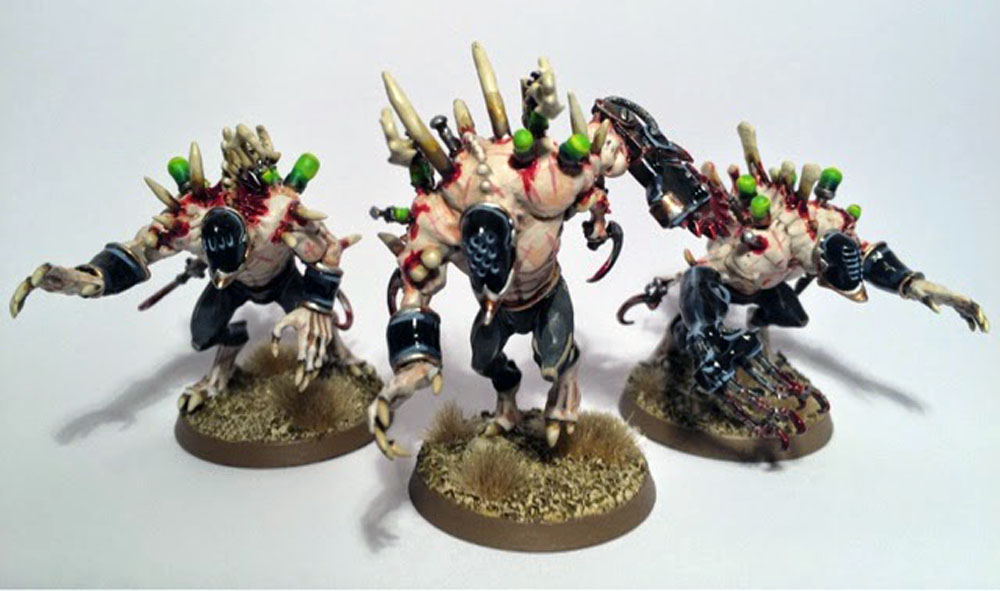 As you could see from their background - Grotesques can look differently, so even these Ogres can be used as a base for the conversion. 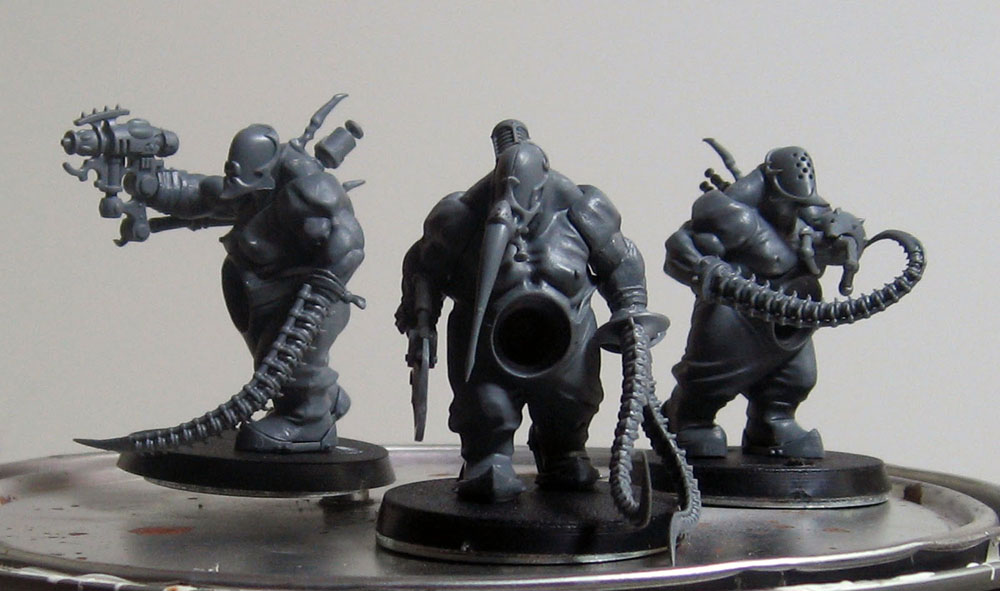 If you have a lot of Green Stuff, you can create Grotesques from anything - any bitz and body parts you have can appear useful. 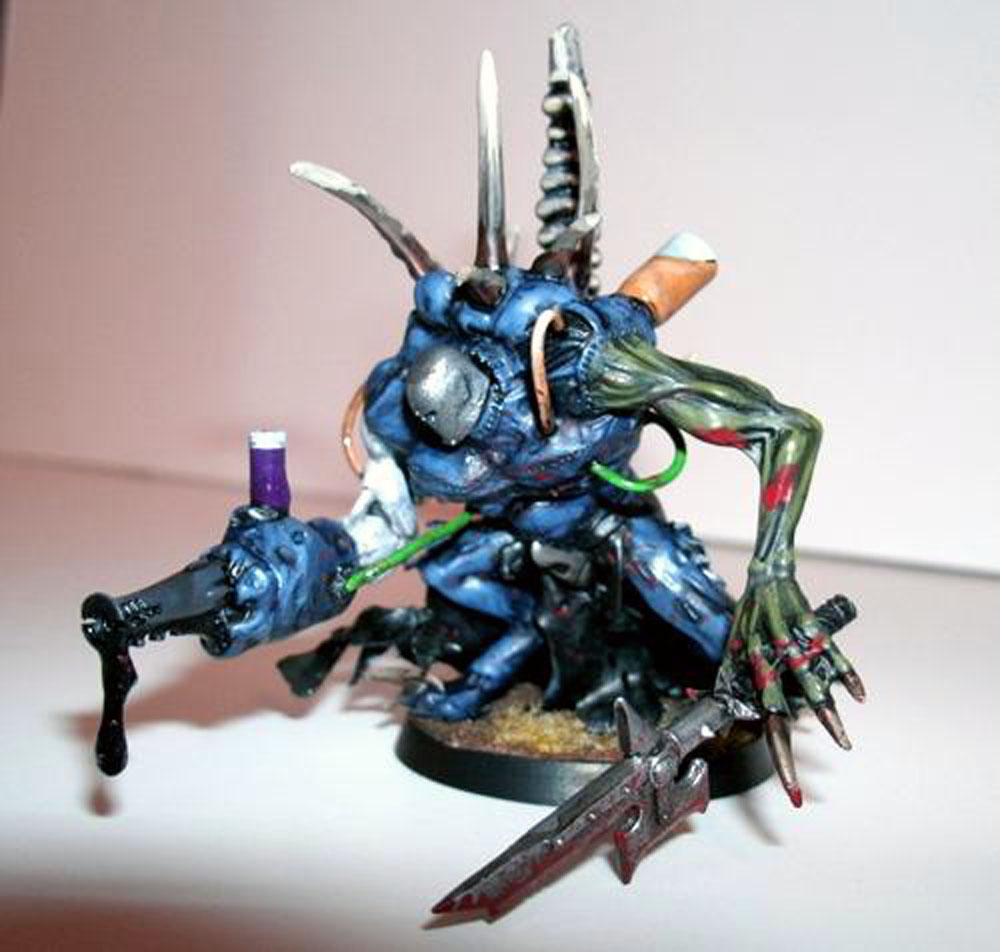 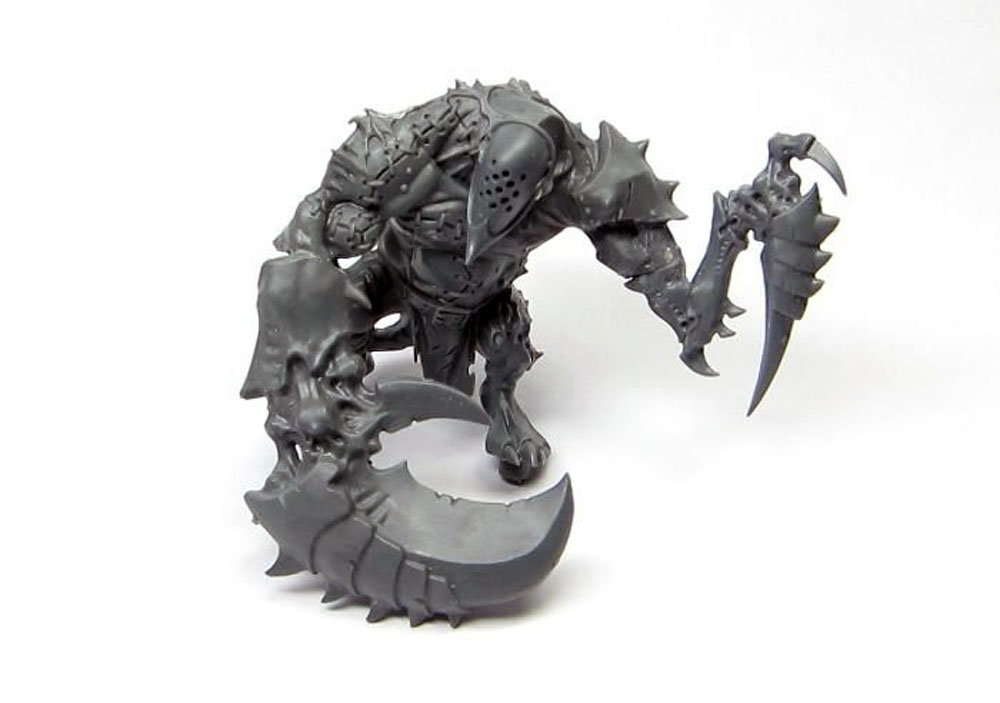 In fact, you can make them from anything... 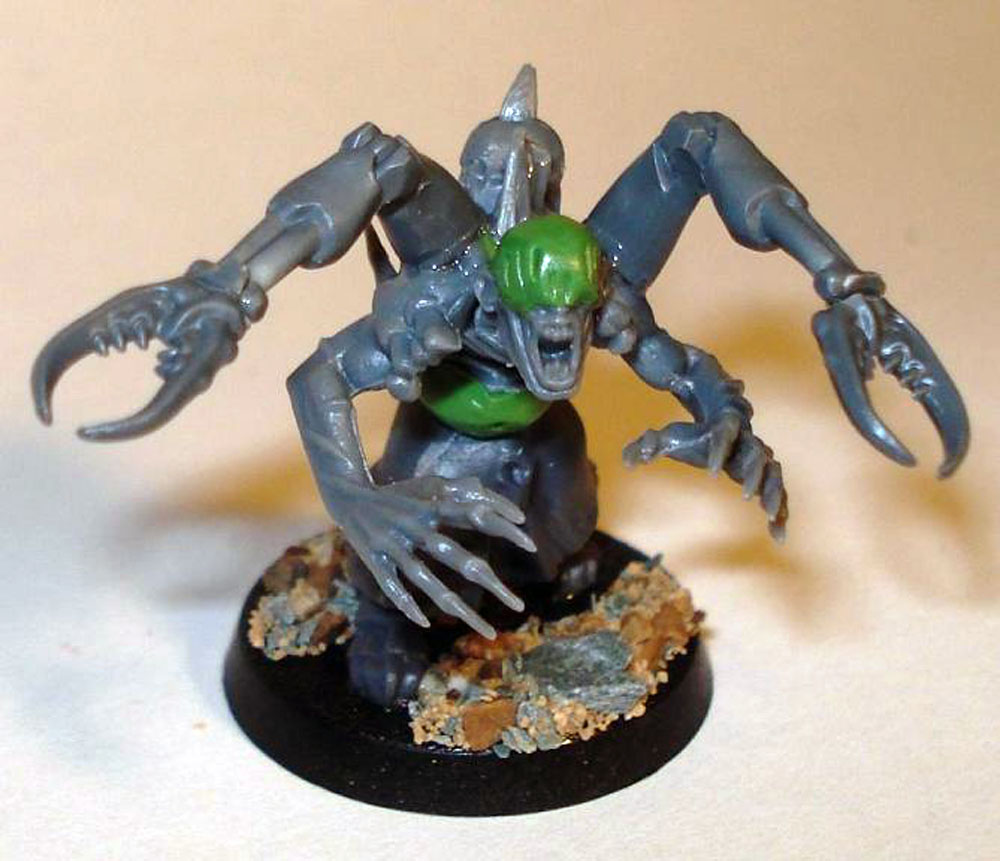 Even from Warmachine miniatures. 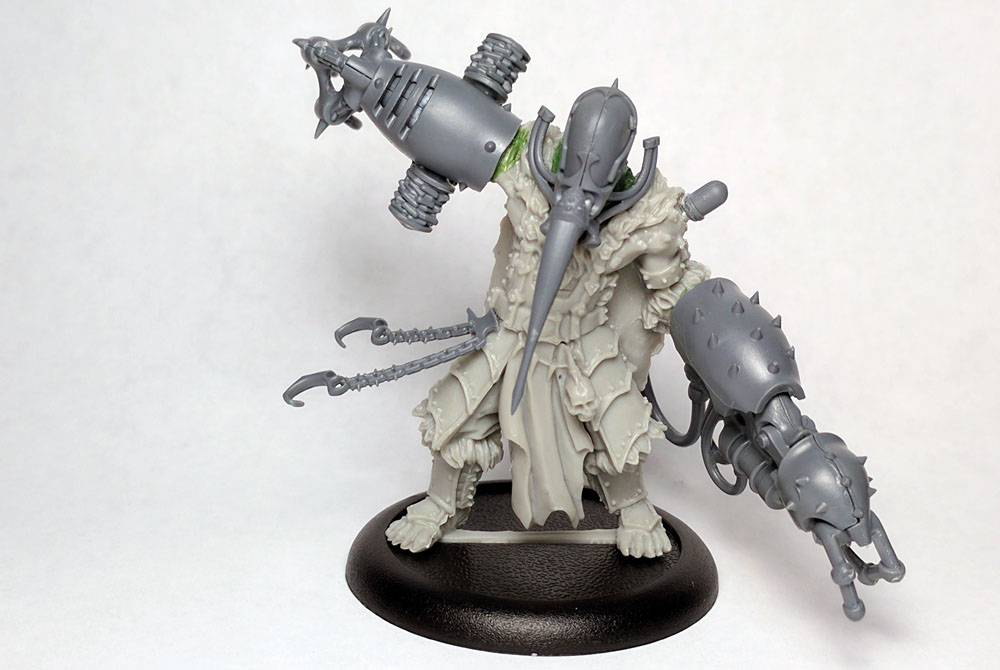 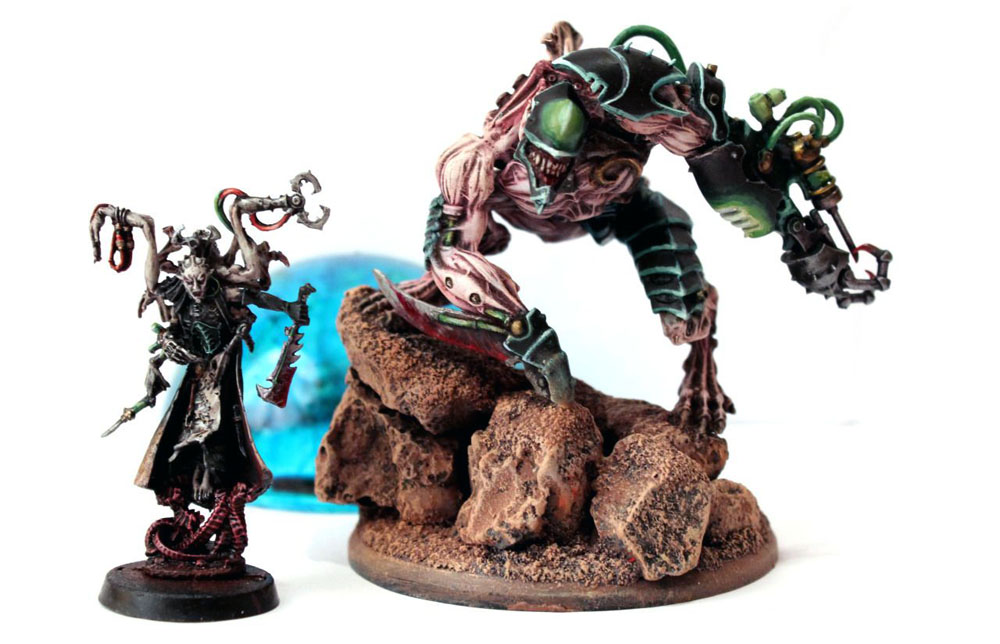